OUSTED CHIEF strategist to US president Donald Trump and current editor-in-chief of Breitbart news agency Steve Bannon arrived in Hong Kong last week to deliver a speech to CLSA Investment Forum, a Chinese-owned investment group headquartered in Hong Kong. Bannon was pushed out of the White House in what was largely seen as a power struggle between him and Trump son-in-law Jared Kushner and has since returned to his position as the head of Breitbart, a far-right news agency associated with the alt-right movement in the US; Hong Kong is Bannon’s first major public speech since his forced resignation.

CLSA Investment Forum is a group established in Hong Kong during the 1970’s to handle financial assets and investments across the Asia region. The group was purchased by Chinese-owned CITIC Securities in 2013 and are widely viewed as an economic instrument of the Chinese state for overseas investment.

Bannon’s speech was not made public to the media, a policy consistent with CLSA’s past actions. Though it had been originally announced that the media would be able to watch the event via livestream, a change in policy that barred the press from attending the event was announced via email the day before the conference took place. 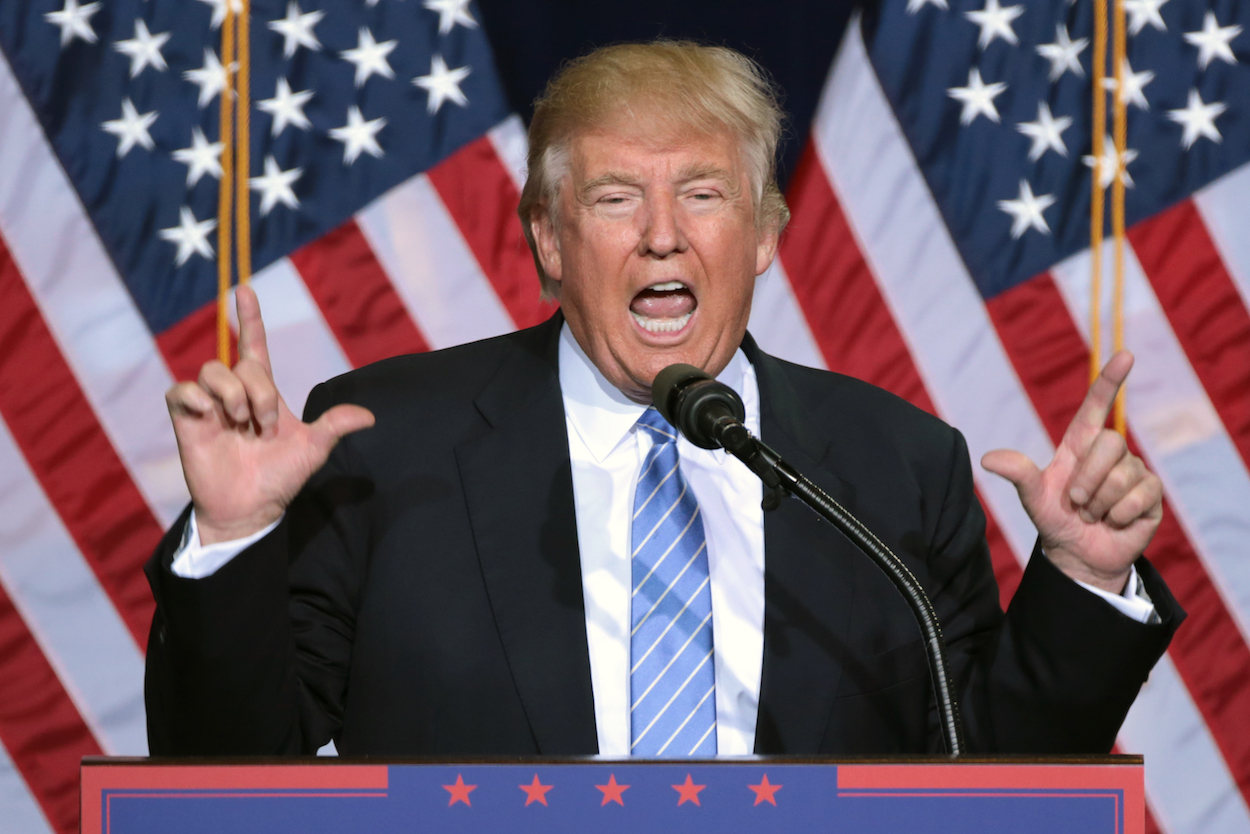 Bannon did not shy away from harsh rhetoric while describing the nature of the US-China bilateral relationship in the weeks leading up to his visit to Hong Kong. Bannon has described China as “the single biggest problem we [the United States] have on the world stage”, as well as declaring that China is already in a trade war with the United States. The CLSA seems to have understood the controversial nature of Bannon’s views, as the organization stated that the focus of the talk would be on American economic nationalism, the populist revolt and Asia.

Trump himself has repeatedly made overtures to the possibility of a trade war with the Chinese, beginning during the campaign season in which he accused the Chinese of being a currency manipulator and vowing to take corrective action to ease the large trade imbalance between the two countries upon taking office. Though this rhetoric was eventually dialed back following the Trump-Xi meeting that took place earlier this year, the issue has resurged in recent months. Trump recently blocked an attempted Lattice Semiconductor deal which would have seen the US company acquired by a Chinese firm, citing national security concerns.

Parts of Bannon’s speech, however, were taken by attendees as being acclamatory of the Chinese government, and particularly of its president Xi Jinping. Though Bannon stressed his belief that trade imbalance and security issues would continue to be a point of contention between the two global superpowers, he also claimed that “the way they [China] runs their economic system is actually quite brilliant”. Bannon went on to state that there was no other world leader whom Donald Trump respected more than President Xi.

While the focus of Bannon’s speech was the economic and trade issues that would affect the US-China relationship, his reputation as white nationalist and leading figure in the US far right movement partially overshadowed the speech itself. Bannon’s visit to Hong Kong was met with a spate of protests led by various socialist groups in Hong Kong. While the groups protested the capitalistic system of both the United States and China as being drivers of economic inequality, they also had particular criticism for Bannon’s white supremacist movement, calling him a racist far-right figure and claiming solidarity with oppressed groups in the United States.

Bannon is a self-styled “economic nationalist” who has made strong claims about what considers to be the inevitable clash between China and the United States over global supremacy. Though Bannon has attempted to distance himself from the alt-right movement in past interviews, calling them a “bunch of clowns”, his history with Breitbart and his past statements about his belief that the United States is a fundamentally white nation built on the achievement of its white founders have led to him being considered to be one of the fundamental leaders of the alt-right movement, as well as a key architect of the white supremacist movement inside the Trump White House.

Bannon’s laudatory comments on what he considers to be the brilliance of the Chinese social and economic system do not contradict his beliefs in white supremacy. White supremacists have a long history of fetishization of Asian states as being monoethnic utopias free from the social problems that they consider to be symptoms of a multiracial society.

Richard Spencer, often considered to be the founder of the modern day alt-right movement and one of its most prominent and recognizable figures, has in past displayed a proclivity to idolize nations such as Japan for what he considers to be their racial purity. Dylann Roof, the white nationalist terrorist who perpetrated a mass murder at a Charleston black church in 2015, also believed in the superiority of Asian societies over those populated by non-Asian people of colour.

From the perspective of these white supremacists, Asian societies represent the only other significant contributor to human civilization besides white societies, although to a slightly lesser degree. This concept of the white adjacency of Asian societies can be traced as far back as Nazi Germany’s relationship to the Japanese empire, and has perverted a range of social factors from the model minority myth in the United States to the foretelling of an impending military conflict in the Asia Pacific region.

Bannon’s comments on the inevitability of such a civilizational showdown between China and the United States and the backlash that his white nationalist movement has provoked globally provide telltale signs of the perceptions currently governing US-China relations. That both a government-sponsored Chinese investment agency and socialist activist groups in Hong Kong identify Bannon as being a key figure in US politics in spite of his ostensibly having returned to his previous position at Breitbart show that the United States is seen globally as still utilising his particular brand of racially-motivated nationalism in policy-making. 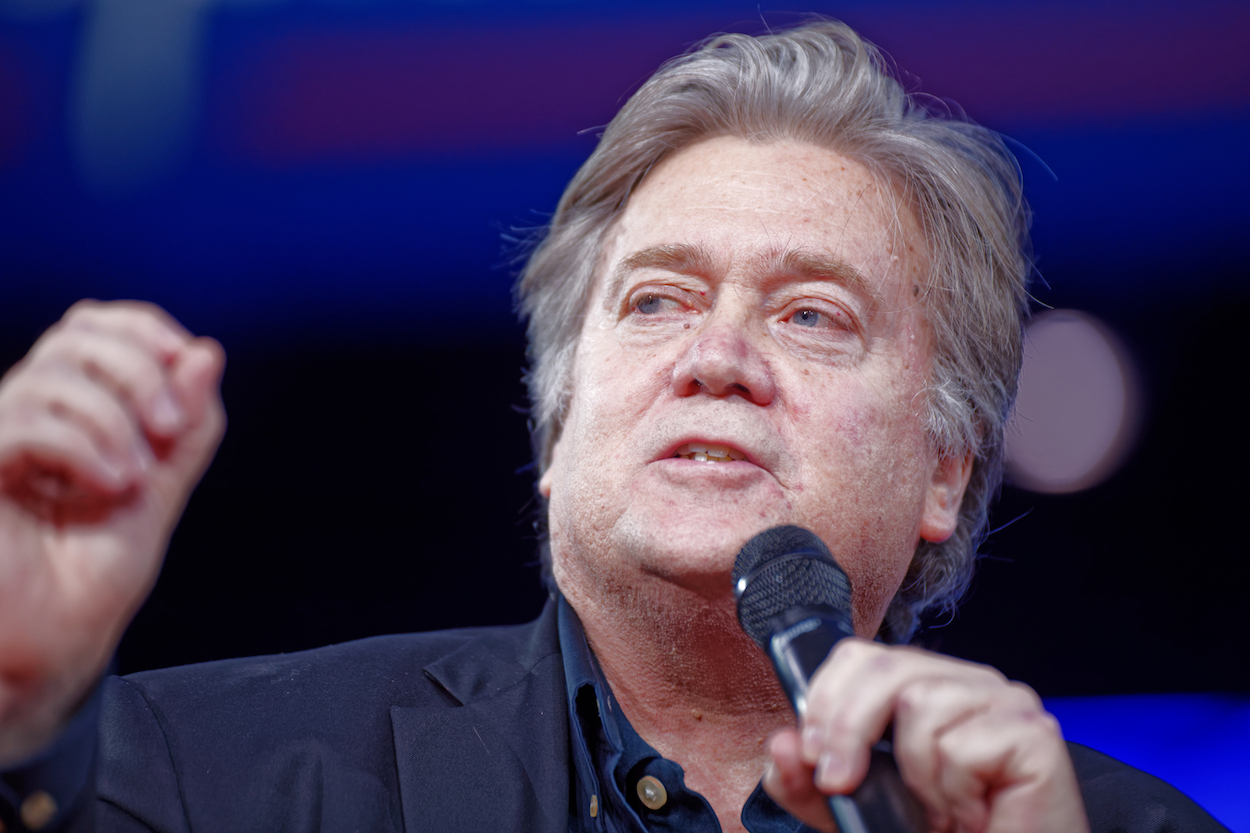 Despite Bannon’s proclamation of Donald Trump’s admiration for Xi Jinping and early signs of increased cooperation between the United States and China at the onset of the Trump presidency, recent developments have strained the bilateral relationship. The fact that Bannon’s speech was delivered in Hong Kong, a former British colony which ostensibly enjoys the right to free speech but is increasingly coming under dominance by the Chinese central government, is also indicative of the struggle for global influence between the two modern day super powers.

Trump is slated to make a state visit to China in November of this year following the conclusion of the 19th National Congress of the Communist Party of China, an event which is predicted to further solidify Xi Jinping’s control over the CCP. Issues such as North Korea and the bilateral trade relationship are sure to dominant the meeting, as Trump has made several public statements calling on China to help seek a resolution to the North Korean missile crisis. Trump has gone as far as to say that he is willing to cut off trade ties with nations that support North Korea. China is at present North Korea’s predominant trade partner and benefactor.

Though Bannon may have found himself exiled from Trump’s inner policy circle for the time being, his doctrine of an impending civilizational clash between the United States and China rooted in ultranationalism still seems to operational within the administration. This possibility could raise the stakes for what is already sure to be a contentious summit between the two heads of state later this year.