CONTROVERSY OVER Uber in Taiwan is set to continue, with the company resuming operations in Taiwan after a two month ban. Uber was previously found to be illegal in Taiwan because it was technically registered as a software and information services company rather than a taxi company. Uber was also found to have used drivers without taxi licenses. But under its new model, Uber will work together with vehicle rental companies with professional drivers in order to operate in Taiwan by serving as a platform to match professional drivers with those seeking their services.

Uber has already partnered with ten car rental services in order to do this and claims that it will seek out more partnerships in order to increase the number of its available cars, although it currently will only operate in Taipei. Uber also claims that it has the cooperation of the Ministry of Transportation and Communications (MOTC) and that it devised its new model in collaboration with the MOTC. As Uber still owes more than 800 million NTD in unpaid fines to the MOTC regarding its operating illegally in Taiwan. Minister of Transportation and Communications Hochen Tan has stated that Uber will not be allowed to operate in Taiwan if it does not pay the fines it owes and that the MOTC will continue to monitor Uber.

In particular, Uber has been hotly protested by unionized taxi drivers who see Uber as a threat to their livelihoods. It remains to be seen whether they will find Uber’s new business model an amenable solution, if it allows for cooperation with Uber rather than serving as a direct source of competition through its ability to sharply undercut the costs of traditional taxi companies. Namely, Uber drivers often lack taxi licenses and they also do not have worker’s benefits through Uber because they are not considered employees by Uber, which is why Uber is able to sharply cut costs compared to traditional taxi drivers. 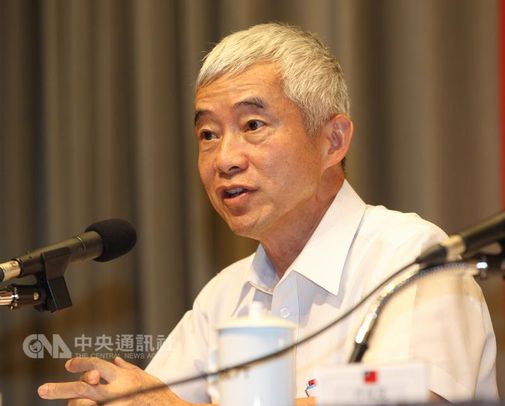 But it may be Uber drivers who are made to bear the costs, seeing as in addition to a lack of benefits, Uber still takes a large part of their fares. Uber has a demonstrable record of poor labor practices the world over, not only in terms of denying its drivers employees’ benefits, but resorting to outright psychological manipulation in order to force more work out of drivers. Nevertheless, the two months in which Uber was banned in Taiwan saw many former Uber drivers operating as illegal taxi drivers through Line groups and other forms of online communication, which has been phrased as a resurgence of illegal gypsy cabs in Taiwan. Former Uber drivers have at times expressed a hope that Uber would be reinstated in Taiwan and that they would be allowed to drive again and even demonstrated over the issue. In this respect, Uber in Taiwan should perhaps be thought of as a labor issue. Fines on Uber from the government were also disproportionately forced onto Uber drivers, instead of the company itself, fines in some cases being as heavy as fines for vehicular manslaughter.

Part of the Taiwanese government’s incentive for allowing Uber back into Taiwan is probably a desire for Taiwan to retain its technological advanced image as a country. Uber has been hailed by some as a sign of the new “sharing economy” to come, given the company’s use of apps and crowdsourcing as part of its business model. Nevertheless, Uber has proven disruptive to traditional industries in many companies, and Uber has illustrated that it is willing to defy local laws in many countries if it means being able to get a foothold into a market, and being willing to outright deceive local law enforcement in order to avoid being caught violating laws. We can observe this quite well in its operations in Taiwan, as well, and so one expects the resumption of Uber services in Taiwan to lead to future controversy down the line. And it may be that for all talk of the “sharing economy,” this is really just a euphemism for the neoliberal repeal of worker’s benefits in the name of cost-cutting which we see the world over.