Insufficient Attention To Uber As A Labor Issue In Taiwan?

THE RECENT suspension of Uber services in Taiwan has provoked a public debate about Taiwan’s ability to adapt to technological innovation, given that the Tsai administration campaigned on a platform to make Taiwan into “Asia’s Silicon Valley” and has attempted to encourage the development of Taiwanese start-ups. Uber has been seen by many hailing new developments in the Internet age “sharing economy”. As such, some have seen the harsh fines imposed on Uber by the Taiwanese government as indicative of Taiwan lagging behind the rest of the world in terms of technological innovation. But what has perhaps gone neglected in much public discourse is attention to the public debate over Uber as a labor issue.

Namely, Uber is illegal in Taiwan, seeing as the company is registered as a software company and not a taxi company. As a result, the company is not regulated to the same extent as normal taxi companies. Moreover, unionized taxi drivers have organized a fierce show of resistance to Uber, fearing that Uber will take away their jobs. Indeed, resistance against Uber from traditional taxi companies has been observed in many contexts around the world, sometimes involving heated protest, or even violence. But Uber continued to operate in Taiwan in defiance of the law for some time before its suspension of services earlier this month.

Whether in Taiwan or across the world, because of its disruptive business model, Uber has been a company which has attracted controversy for many years. Uber also recently saw seen blowback in America over attempts to make money off protests against Donald Trump’s “Muslim ban” and strikes by New York City taxi unions in solidarity with the protest, with rival ride-sharing apps seizing the opportunity to attract business through taking a stance against Trump’s actions. But certainly, the stiff fines imposed on Uber drivers by the Taiwanese government seem quite unfair, with Uber drivers who are caught facing penalties comparable to fines for vehicular manslaughter. Accordingly, severe government penalties on Uber from the Taiwanese government attracted international media attention, again, leading to advocates of technological innovation to criticize this as damaging to Taiwan’s reputation as a tech-friendly country. 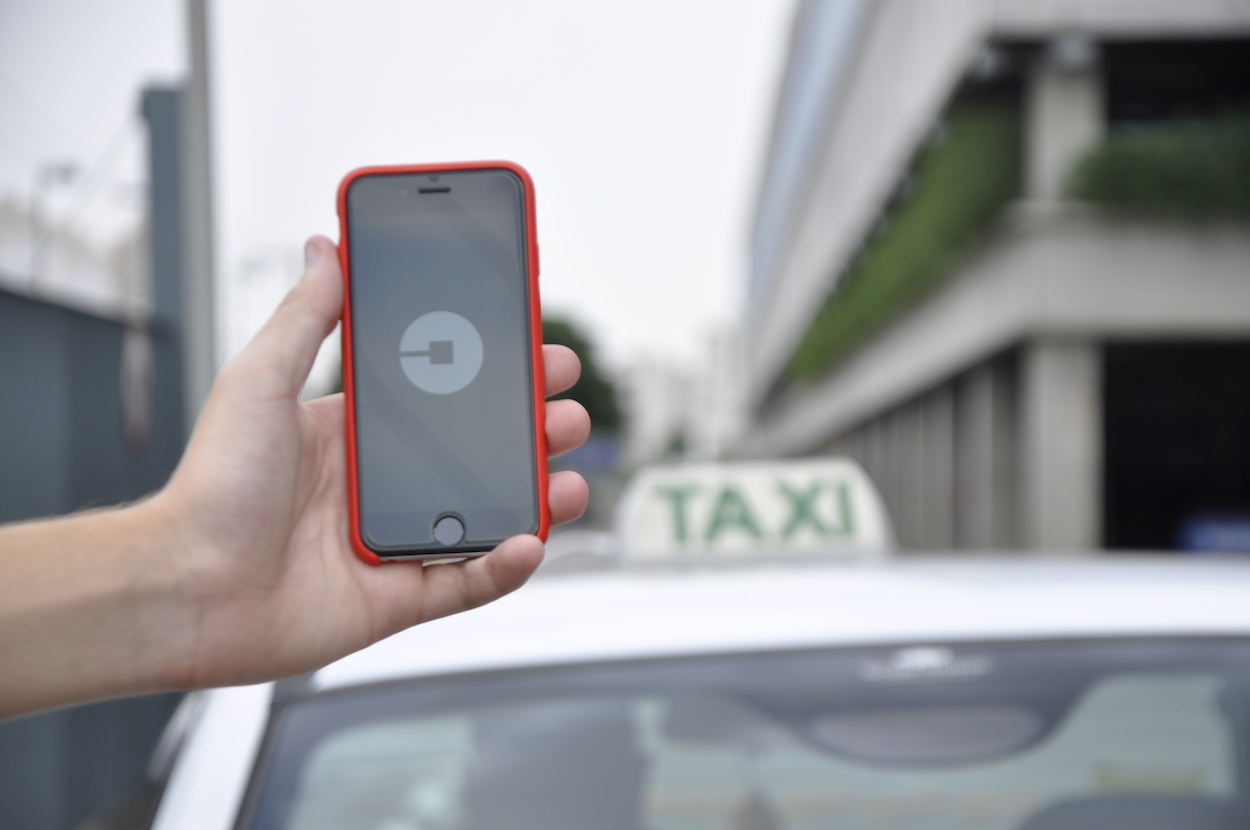 Nevertheless, we do well to note that traditional, unionized taxi services offer many of the same services as Uber. If dominant taxi companies such as Taiwan Taxi, which operates the 55688 taxi service hotline, may not have as fancy an app as Uber, they generally offer the same services, including dispatching taxi drivers directly to the location of passengers. Uber is merely cheaper than traditional taxis, seeing as in many cases it does not employ trained taxi drivers, and allows drivers to use their own cars to ferry passengers. In this way, Uber is able to lower its prices to below the prices of traditional taxi companies.

Yet while Uber drivers may find themselves unfairly demonized by the government and by unionized taxi companies, we also should remember that it may be them who are made to bear the costs of Uber, seeing as they are denied worker’s benefits because they are not considered employees by the company. Likewise, a significant amount of Uber drivers’ pay goes to the company, although this is also true of taxi drivers working in traditional taxi companies in Taiwan. This is why Uber is able to cut costs compared to traditional taxi companies and also why Uber has been criticized for its poor labor practices globally.

As a result, even if Uber’s business model has been hailed as a winning business model by many, this is through dangerous cost-cutting measures that are in fact threatening to Uber drivers themselves. With the breakdown of stable forms of employment which provided reliable worker’s benefits to taxi drivers and to workers in other industries and the rise of precarious work through the “sharing economy” or otherwise, we can see the rise of Uber as tied to the global trend of neoliberal reforms which cut back on worker’s safety nets in order to maximize the profits of corporate employers.

Ultimately, there are no easy questions to the Uber question in Taiwan. The narrative that the rejection of Uber in Taiwan represents Taiwan denying the future of technological innovation is mistaken. Certainly, this narrative is the one which Uber would want individuals in Taiwan and other countries to believe. Nevertheless, it also remains to be seen as to what would be an equitable solution to all parties in Taiwan would be, including both Uber drivers and traditional taxi drivers.