A CONTROVERSY broke out last week regarding the packaging of BioNTech vaccines sent to Taiwan. Much of this controversy has proven hard to sort out from conflicting news reports and what are likely attempts by the Chinese government to disseminate disinformation, so as to affect the political credibility of the Tsai administration. 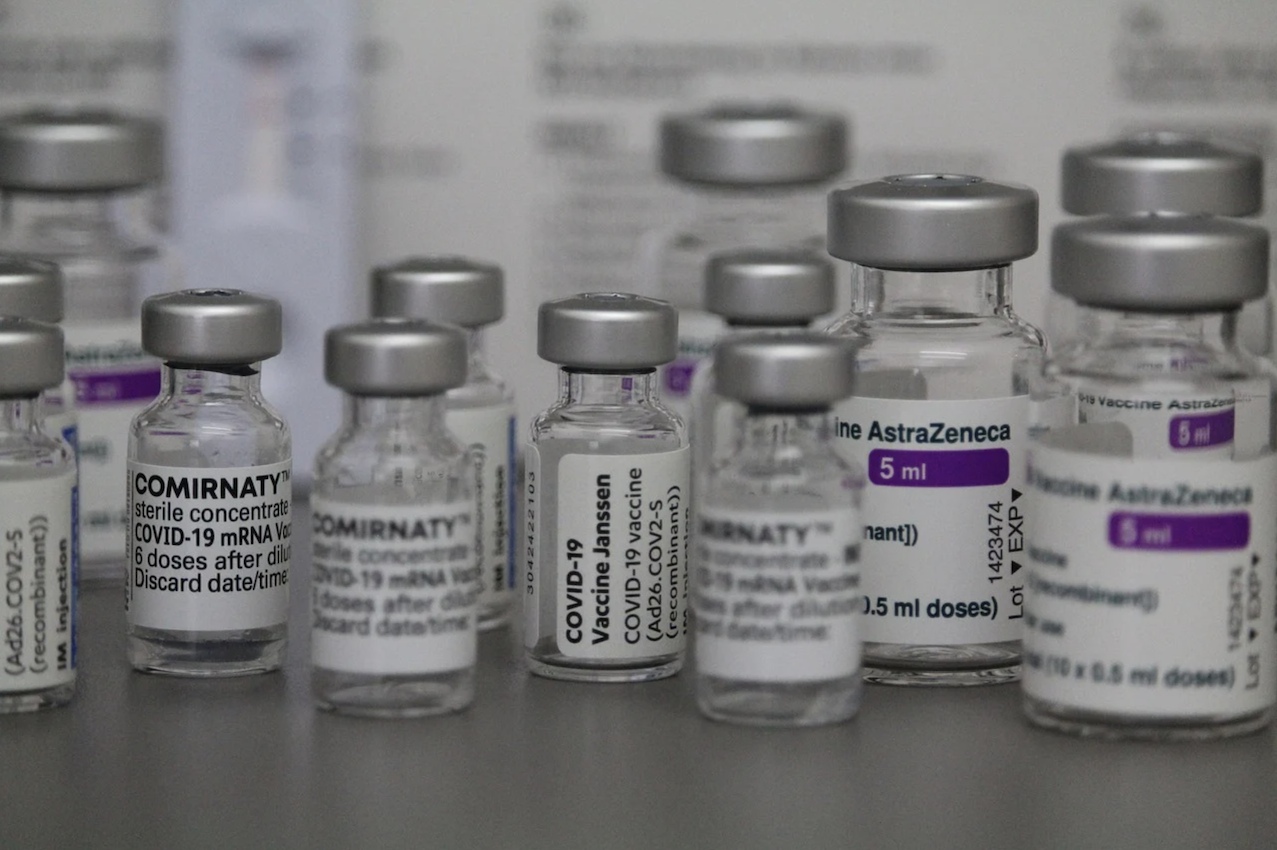 Some members of the KMT have called for Taiwan to accept Chinese-manufactured vaccines. This includes former party chair Hung Hsiu-chu as well as Chang Ya-chung, who claimed that he was willing to facilitate vaccine donations of several million vaccines from a donor in China. Likewise, there have been KMT members who called for Taiwan to accept Chinese vaccines, instead of relying on the domestically-developed and manufactured Medigen vaccine, and KMT-controlled local governments have called for being allowed the autonomy to negotiate vaccine purchases may be hoping to purchase Chinese vaccines.

That being said, it is still a relative minority of KMT politicians that have called for Taiwan to accept Chinese vaccines. The initial outbreak of COVID-19 in Wuhan increased distrust in China, due to the view that the virus was something of Chinese origin, which the Chinese government had sought to cover up. Successive food adulteration scandals in China in past years probably also did little to encourage faith in the safety of Chinese-manufactured or Chinese-developed vaccines.

As such, when Terry Gou of the KMT negotiated vaccine purchases with BioNTech, he claimed that these would be vaccines directly sent from the original manufacturer in Europe. The Central Epidemic Command Center (CECC) that coordinates Taiwan’s COVID-19 response also refused to sign off on allowing Gou to negotiate vaccine purchases from BioNTech unless he could provide proof that these were vaccines sent from the original manufacturer. As Shanghai Fosun, a company with close ties to the Chinese state, has the rights to distribute BioNTech in the greater China market—which includes Taiwan—this also led to allegations by the Tsai administration that Fosun had sought to interfere in efforts to purchase BioNTech vaccines. Other reports suggest that BioNTech was pressured into selling to Taiwan by the German government in order to avoid the perception of caving in to Chinese pressure.

Nevertheless, the first shipment of BioNTech vaccines that were sent to Taiwan had the Chinese brand name, 復必泰 written on the packaging in simplified characters, and a banner with 復必泰 in simplified characters was displayed on the shipment. 復必泰 is the brand name that BioNTech vaccines will be distributed as in China. Though the vaccines were shipped from Luxembourg, this sparked allegations from the pan-Green camp that these could potentially be vaccines from China, passed off as vaccines manufactured in Europe.

On the other hand, one saw accusations from the pan-Blue camp that shipment of BioNTech vaccines to Taiwan were delayed by several weeks because the DPP was insistent on swapping out the packaging for traditional characters.

Minister of Health and Welfare Chen Shih-chung stated that Taiwan’s first shipment of BioNTech would have simplified characters on them, because the Tsai administration prioritized getting the packages first rather than what packaging they came in, and that this first shipment consisted of vaccines diverted from a shipment originally meant for China. According to Chen, this shipment was not sent to China because of the fact that BioNTech approval was delayed there, with some reports stating that this was because the Chinese government wished to favor domestically-manufactured vaccines. Chen also stated that vaccines are usually packaged in the last stage of the manufacturing process and so swapping out the packaging does not affect the timeline for delivery of vaccines.

This differs from what news reports have claimed about Terry Gou at times. Reports claim that after Gou traveled to Europe to try and negotiate the faster delivery of Chinese vaccines, he engaged in a competitive bidding process, and succeeded in diverting vaccine shipments originally meant for European countries to Taiwan. If so, it would be expected that the earliest BioNTech shipments to Taiwan would have English-language packaging that read COMIRNATY, rather than 復必泰, which was not the case. 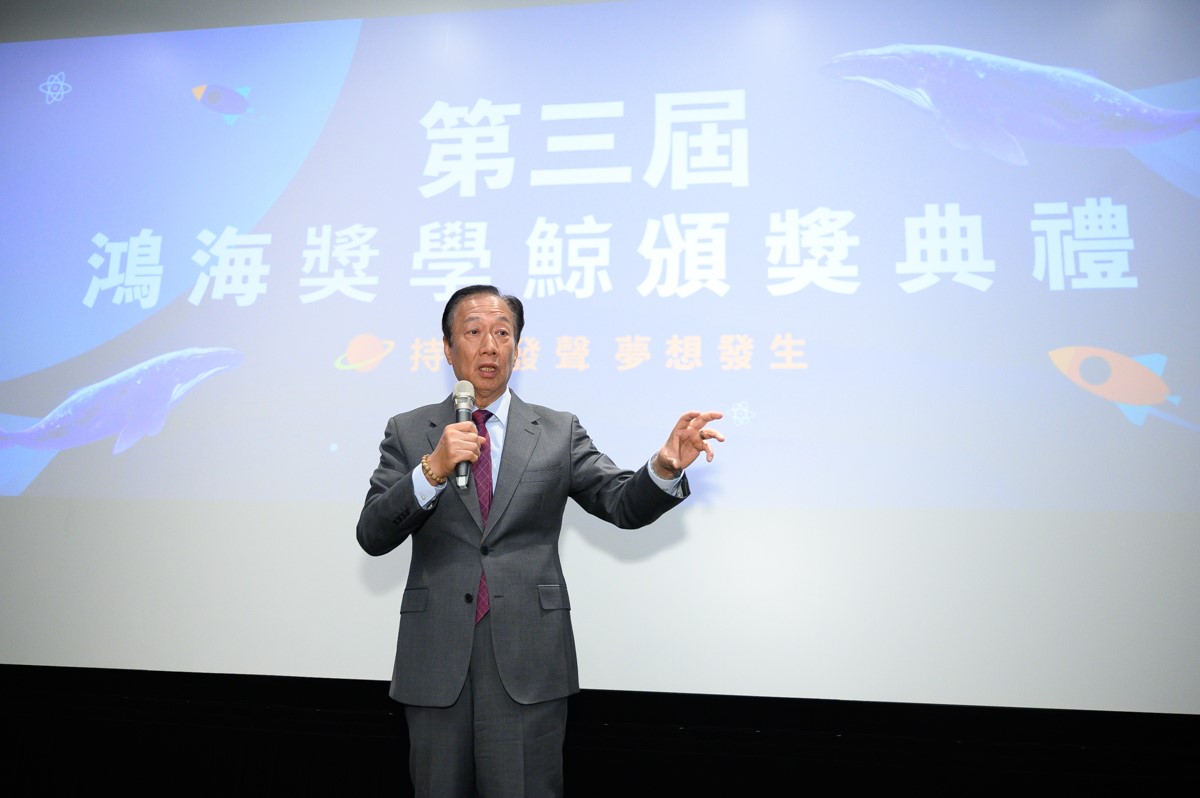 Either way, the Yonglin Foundation, TSMC, and Tzu Chi alike registered displeasure after the simplified character banner was displayed on BioNTech vaccines sent to Taiwan, all three groups citing that this violated their contract with BioNTech. Some members of the pan-Blue camp have lashed out at this, claiming that this was illegal, while members of the pan-Green camp such as Taipei city councilor Miao Poya have criticized such individuals for attacking the Yonglin Foundation, TSMC, and Tzu Chi for merely seeking to enforce the provisions of their contract with BioNtech. The contract between TSMC, Terry Gou’s Yonglin Foundation, and Tzu Chi, who were allowed to negotiate vaccine purchases of five million BioNTech doses each on behalf of the government, stipulates traditional characters on packaging sent to Taiwan.

Indeed, it is possible that some element of Chinese disinformation is involved in this scandal. Chinese state-run media outlet Xinhua News reported on incoming vaccine shipments of BioNTech to Taiwan before the CECC made any official announcement, which was reported internationally as Chinese state-run media having the drop on the Tsai administration in having information about BioNTech shipments ahead of time. As such, it is likely that China is angling to use the scandal regarding BioNTech shipments or packaging to attack the Tsai administration in some way.