KAOHSIUNG ANIMAL liberation activists took a rather unconventional and innovative approach to activism by participating in Kaohsiung City’s Charity Halloween Fantasy Parade that was sponsored by the city’s Youth Bureau.

The activists wore 3D paper animal masks and held traditional “death photos” (遺照) of animals in their hands. The animals were both farm animals and pets, as all animals are of concern for animal activists. 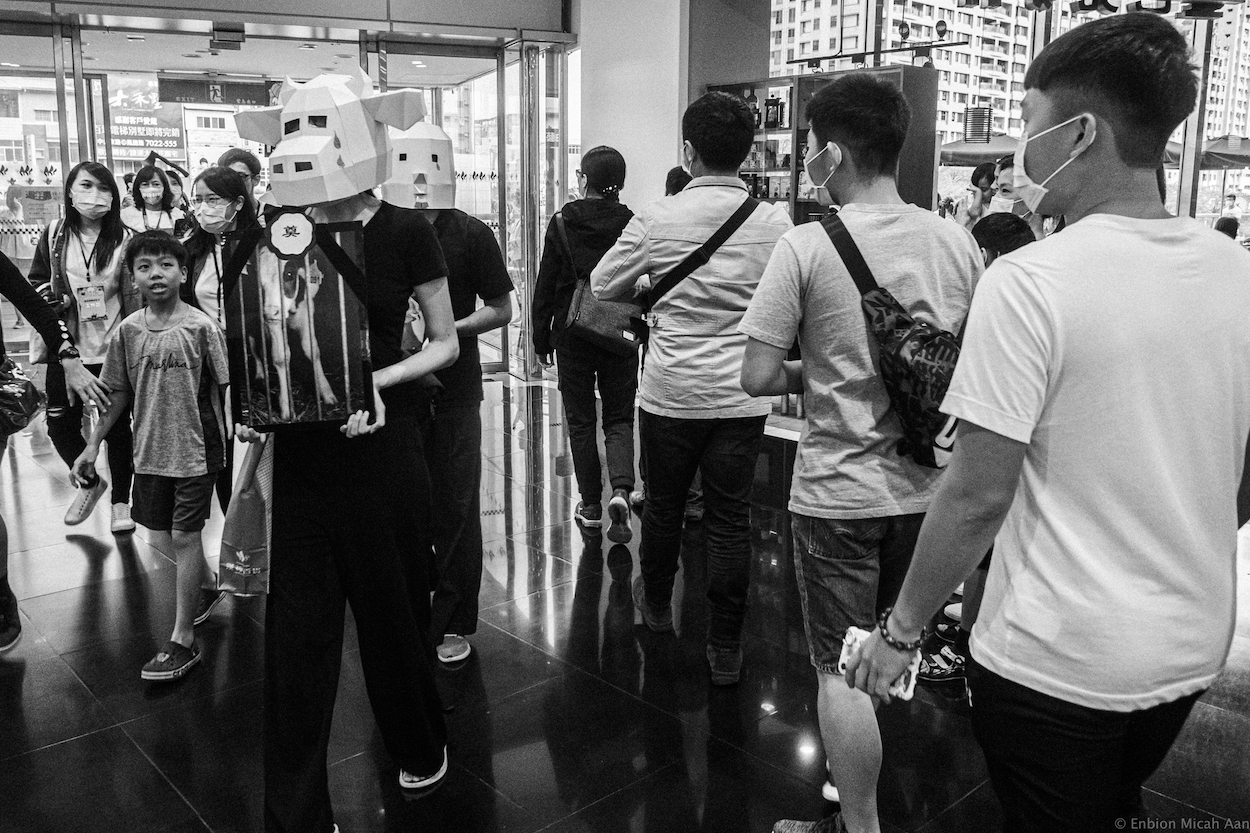 Because animal liberation outreach efforts are quite new in Taiwan, activists have encountered difficulties from authorities in the past. “With Halloween, it is easy to blend in. People have higher tolerance for unusual things. It is also thematically appropriate since the holiday is also related to death.” said Adam. Adam, whose background is in the arts, came up with the idea for this particular action. Adam had encountered difficulties from authorities as an animal liberation demonstrator in the past and was asked by the police to leave, even though the demonstration took place in a public area. Adam suspected that it was likely that the police simply asked the demonstrators to leave because of unfamiliarity with animal liberation demonstrations since activists had not encountered the same issue in the same area. 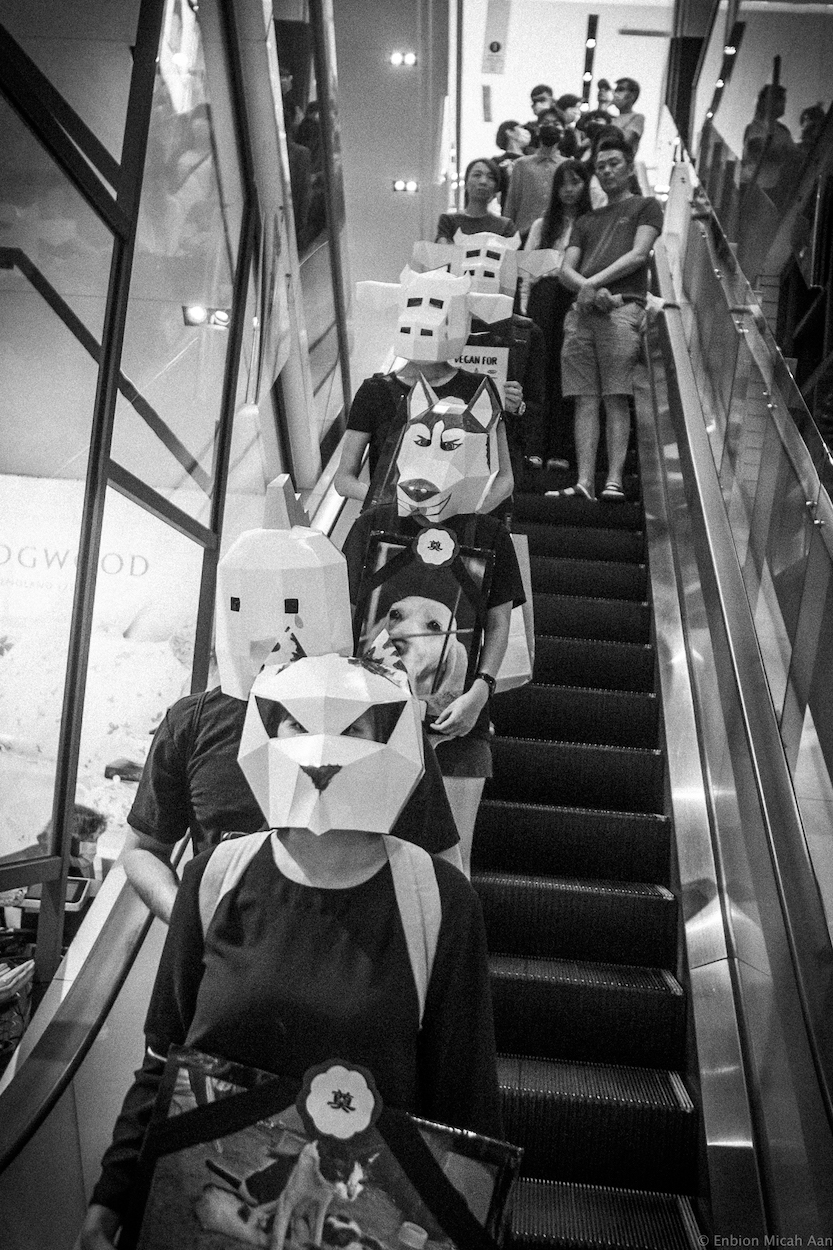 The activists did not just participate in the parade. After the parade, they went around the mall’s very meat-centric food court not only to confront the notion of eating meat, but also in hopes of reminding the diners and would-be diners that their food were once sentient beings. The activists eventually made their way to a night market, attracting many onlookers and provoking curiosity. 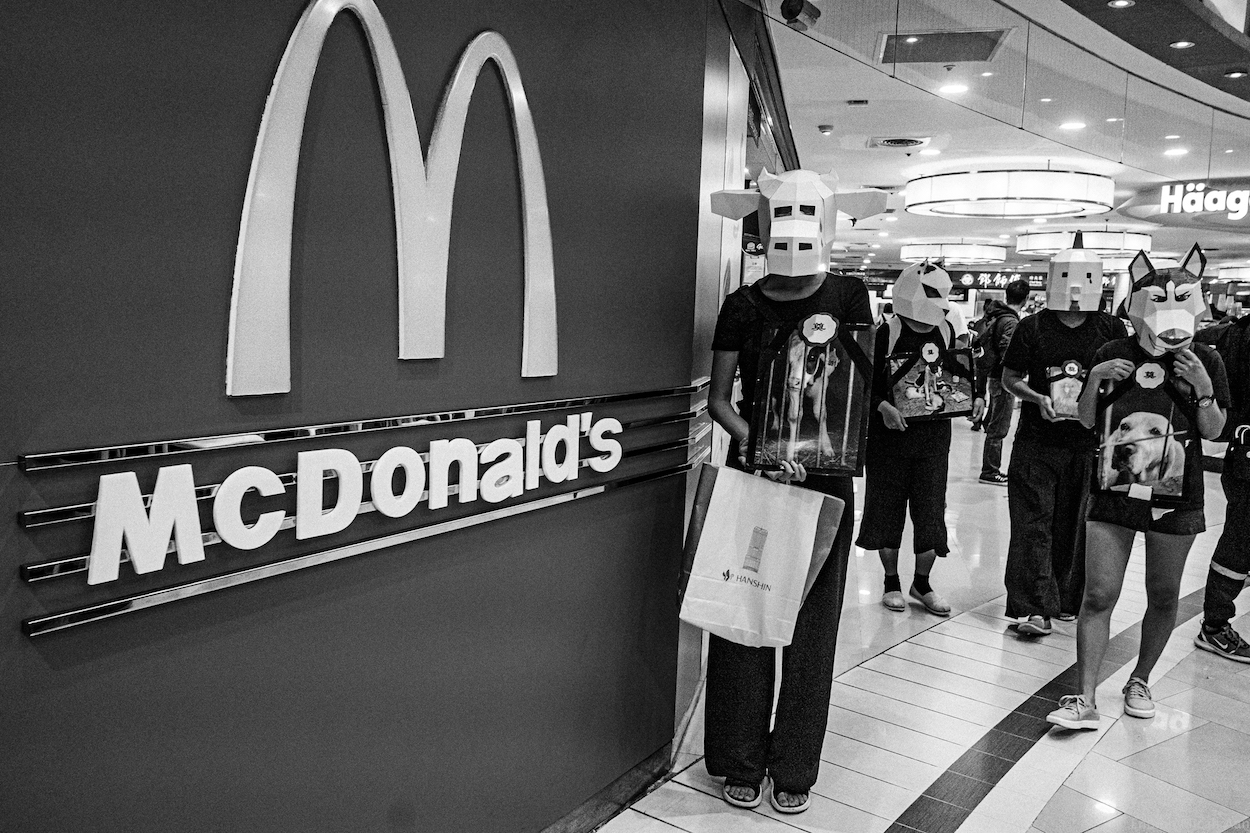 The effects of the masks and death photos were quite visually striking. People were at first attracted by the cartoonish cute masks. However, once they came close, they saw the death photos, changing the meaning of the masks to something entirely differently. The masks then became sordid reminders that the meat we eat was taken through cruel actions. Death photographs are very recognizable in Taiwan, the combination of “cute” and “morbid”  really worked out well in terms of attracting attention and making the point about meat and making people think.

Visual flair is important for Adam, “Since people usually do not like animal liberation demonstrations, we do not reach out to people. We emphasize high visibility, so people come to us.” 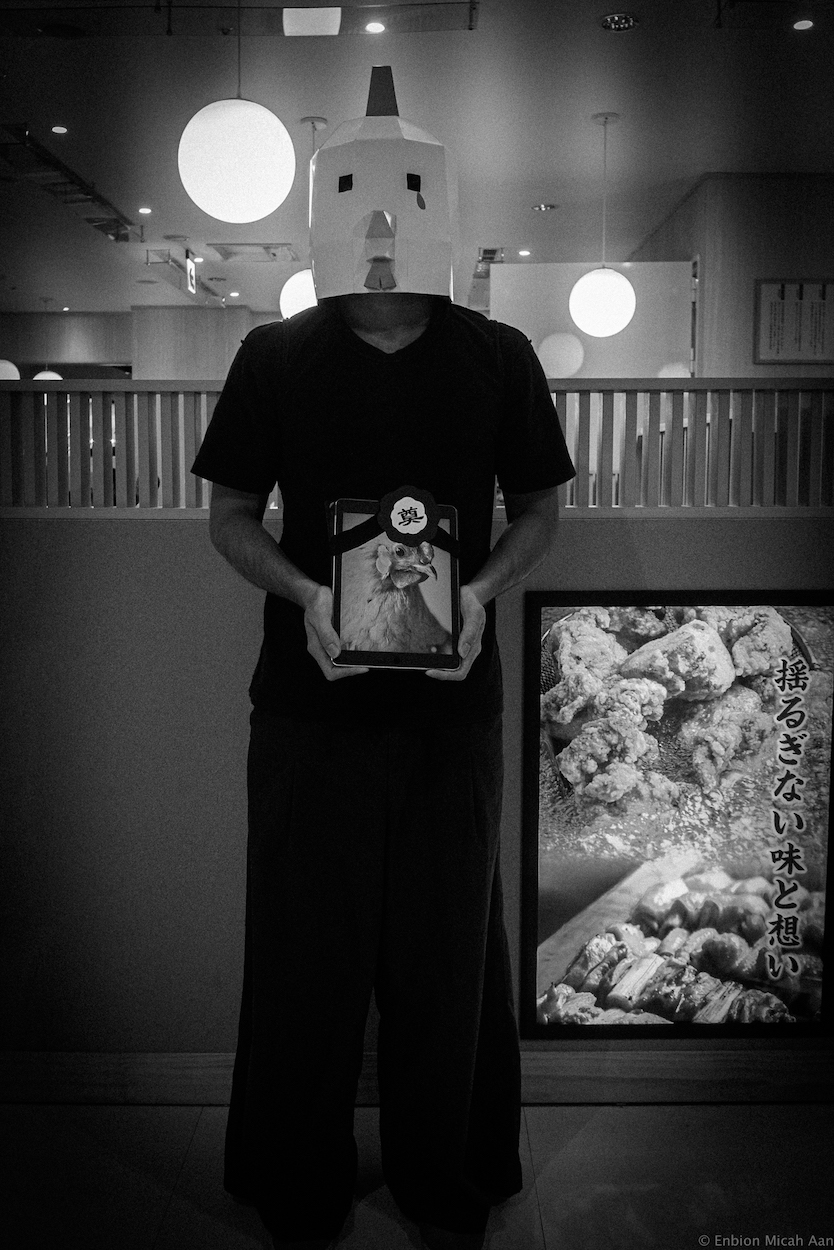 These Halloween activists were not from a formal organization and the ad hoc action had very informal and friendly quality. The activists participate in such actions in hopes of raising awareness for veganism. Veganism is a relatively new movement in Taiwan, and vegan activists tend to be quite creative. Many have organizing experience from more well-known international advocacy organizations, but it is difficult to reach Taiwan’s people with such organizations’ tactics due to cultural differences. Therefore, this sort of localization effort will help and strengthen the movement and should be encouraged. After all, in order for advocacy to be effective, it is important that the approaches need to be adjusted to local mores and conventions. 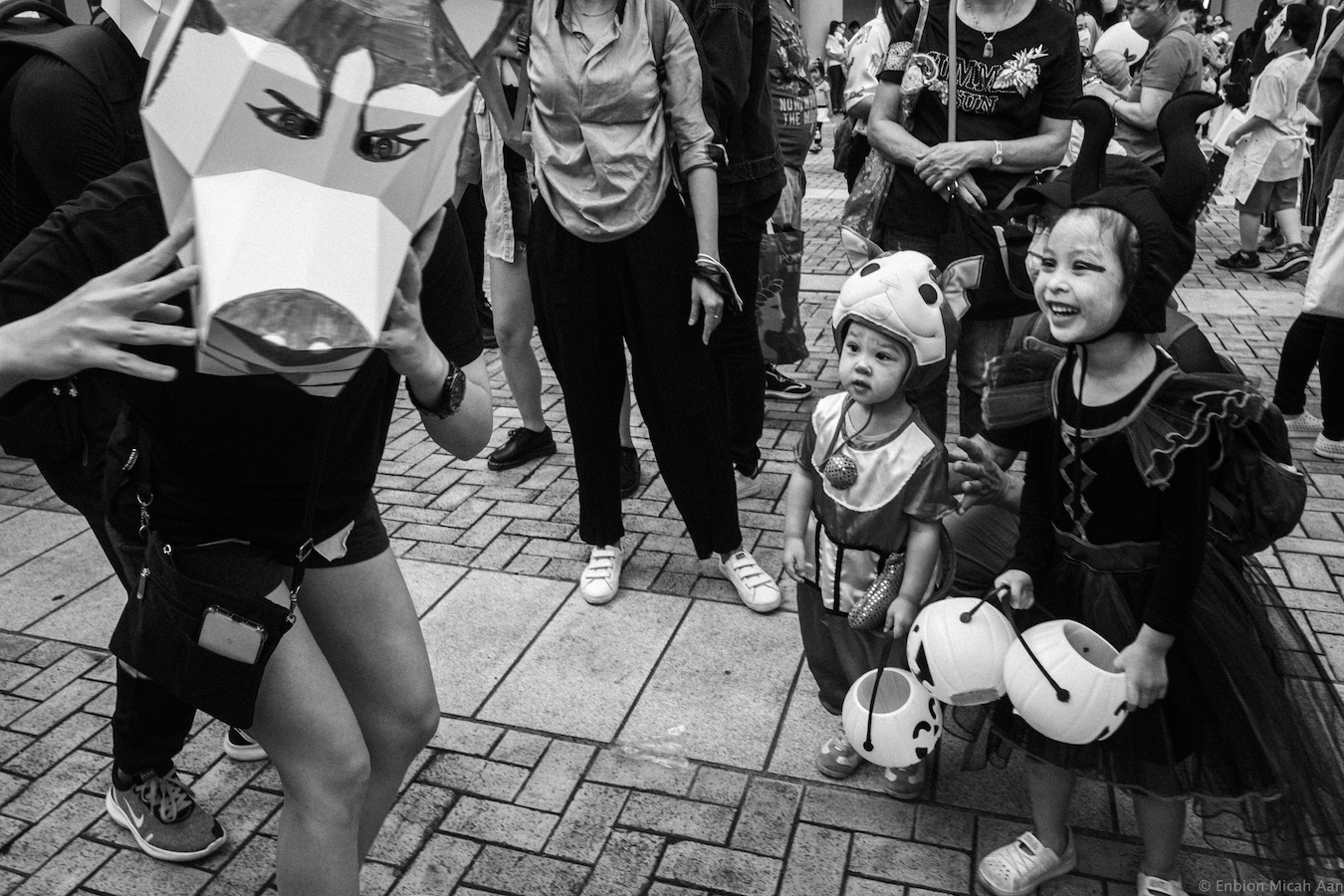 Another participant in this action also brought vegan ideas from abroad. I-Non encountered an animal liberation demonstration while working abroad in Slovenia: “I cried uncontrollably after seeing the footage the activists were showing us and gradually transitioned to veganism.” Sean, a recent immigrant from Singapore has an approach to veganism with more of a spiritual element: “If you believe in rebirth, you will find that you can be [reborn] as humans, animals, insects… And meditation is a method to break this rebirth cycle. So if you eat meat, these animals that you murdered, whether it is direct or indirect, will be filled with hate – their angry souls will find a way to stop you [from breaking this rebirth cycle].” That the activists themselves come from diverse backgrounds reflect Taiwan’s own diversity, and these kinds of diversity and informal connections will play a key role in the vegan movement.