THE ISSUE OF American beef and pork imports into Taiwan has dominated the Taiwanese news cycle for days at this point, and it is rare to see such a clear example of hypocrisy from politicians. The two major parties, the KMT and the DPP, switched sides and now occupy opposite positions on the same issue.

In 2008, the DPP organized us our rallies with its most important politicians, including the current President Tsai Ing-wen, against such imports. In 2020, the DPP is now in power and is rushing in to allow red meat (beef and pork) imports from the US. President Ma in 2008 was a fierce proponent of American beef imports but is now demanding an apology from President Tsai and to slow down the process. 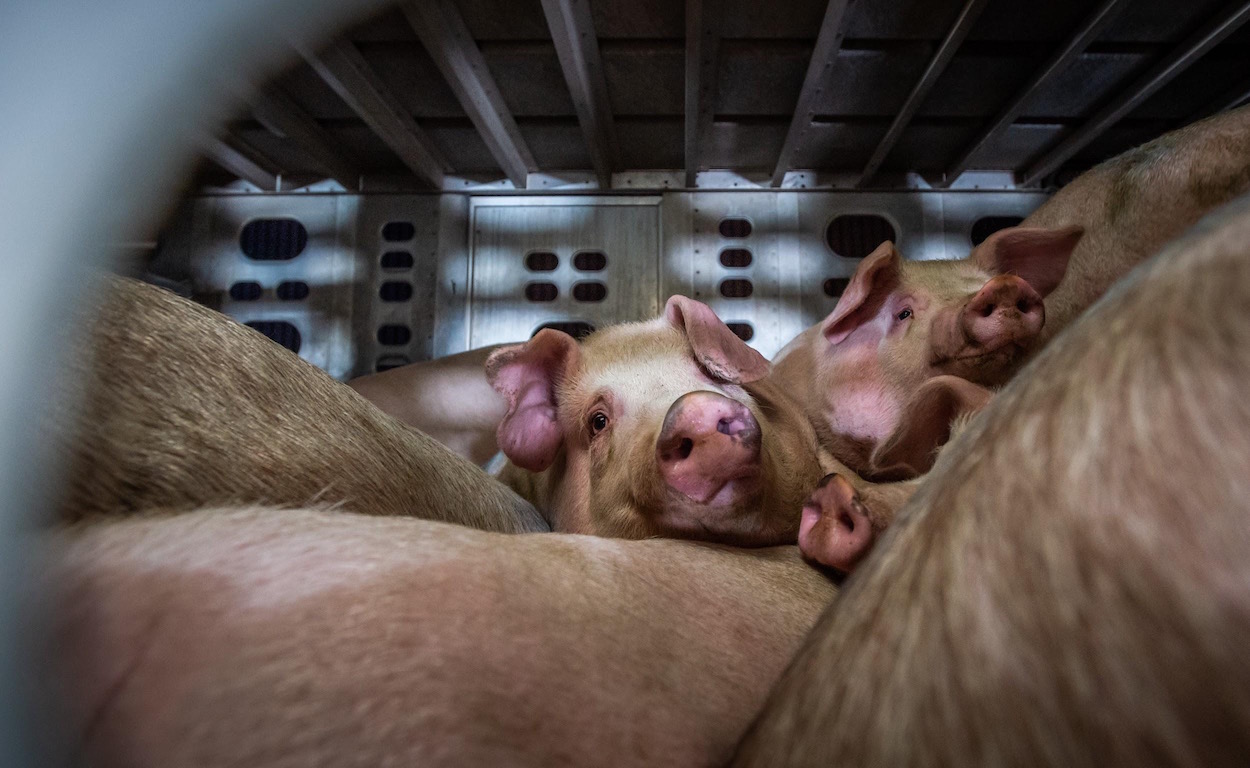 All this political tension is centered around a very technical issue most laypeople such as myself would not intuitively understand. That is, whether cows on a non-hormonal compound beta agonist, or Zilmax, one of the FDA approved versions of the drug, produces healthy/safe beef. Zilmax or any beta agonist drug being the sole factor that makes beef unhealthy or unsafe is in dispute—results from a JECFA 2004 human study suggests that ractopamine, a type of beta agonist, is safe, but this is disputed due to the small sample size of six test subjects. According to AIT, the aforementioned human study had a limited sample size for ethical reasons, and the study was “intended only to verify that humans react to ractopamine in a way similar to primates, so that the levels determined to be safe for primates could help determine safe levels for humans.”

In other words, a highly controversial drug that is banned in 160 countries, can only be tested indirectly for “ethical reasons”. The health concern for beta agonist is justified, but it is certainly up to debate. However, what is very clear is that the consumption of red meat is associated with increased risks of nine specific causes of death. Of the aforementioned eight out of nine causes of death, such as cancer, heart disease, stroke or cerebrovascular diseases, and diabetes, are among the top ten causes of deaths in Taiwan in 2018. The only two diseases not listed in this study are hypertension and accidents. Hypertension is also linked with red meat consumption in a different study published in the same journal, and accidents are obviously unrelated to red meat. In other words, nine out of ten major causes of deaths are associated with consumption of red meat in Taiwan. If these politicians care so much about citizens’ health, they would have the obligation to find ways to reduce overall red meat consumption, as opposed to hypocritically supporting or not supporting the American meat imports in the name of public health.

Zilmax is indeed also a controversial drug in the US. Yet what caused the controversy at the time in the US was animal welfare and animal health, though not regarding food safety—the cows grow so heavy that their limbs and hooves would be damaged. In some cases, the cows’ hooves were apparently broken off, and some even died. The animals also experience great pain when walking. Tyson, one of the largest beef producers in the US stopped using Zilmax in 2013. Tyson claimed the moral high ground of animal welfare; however, it is most likely due to meat quality, and an attempt to increase foreign sales. The USDA also has a “Never Fed Beta Agonist” program—one wonders why Tsai’s administration did not simply negotiate for beef to be certified to avoid controversy. By not pursuing such an option, it is entirely possible that, in the future, the Tsai administration or another administration might try to approve Zilmax, as its registration is currently in process in Taiwan.

What is also interesting is the silence of vegetarians in Taiwan. At 13%, or 3 million people, Taiwan has the second-highest population of vegetarians in the world. Proportionally, elected vegetarian representatives should constitute more or less the same as the percentage of the general population, and yet no vegetarian politicians have taken the opportunity to speak up against the eating of meat when the press is covering the issue 24/7, and the nation is paying close attention. It is an opportunity for these individuals to advocate for something they believe in and to rise above the hypocrisy and even reach across the aisle, but yet no one has spoken out. On TV, one also notes, there is no serious vegetarian perspective on the issue. It is quite unusual in a representative democracy that such a high percentage of people who hold the same strong beliefs would be categorically ignored politically.

There are other major forces at play such as the powerful animal agriculture industry, general political apathy, and overall society attitudes toward meat consumption. I hope that there will be more conversations around the issue of the absence of vegetarian voices in politics. Here I focus on politics, but the general apathy is quite problematic in other areas other than politics as well. For example, in terms of business opportunities, many vegetarians in Taiwan are not aware of the rising trend of global veganism, and how, for instance, in the US, consumption of dairy has been on the decline, as more people are discovering plant milks—even Starbucks, hardly a radical organization, is moving away from cow’s milk. With Taiwan’s large vegetarian population, this sector should proactively participate in this changing economy globally—the global vegan market is estimated to grow to 31 billion dollars by 2026, but because of its general apathetic attitude and aloof stance, vegan food producers can miss out the opportunities in changing trends, as opposed to taking advantage of existing consumer base and lead in this sector. 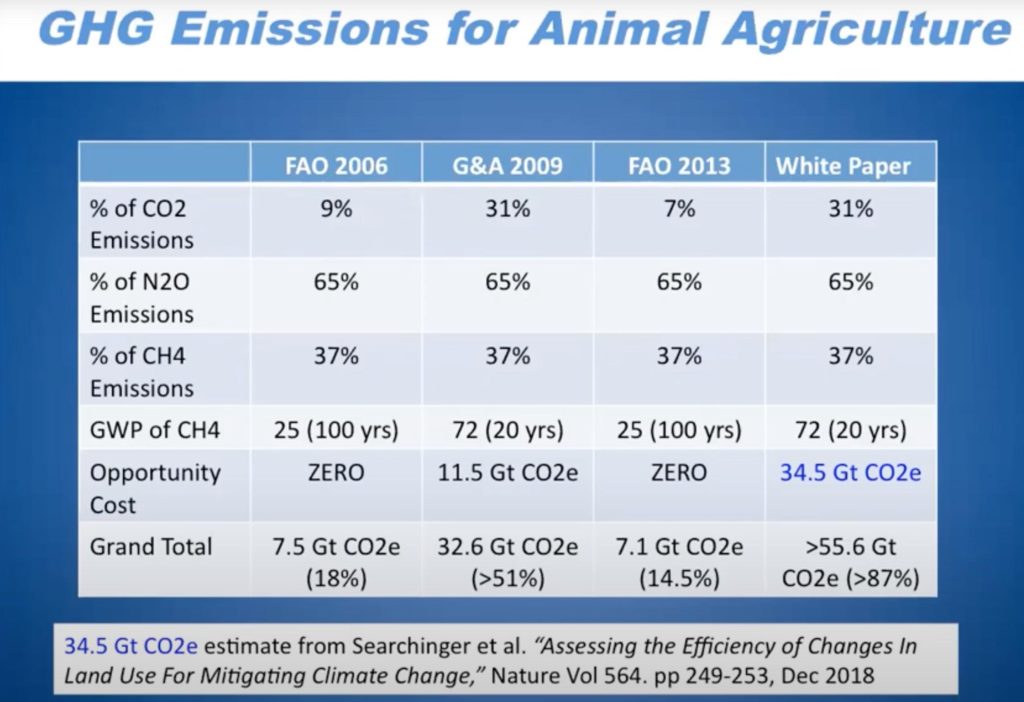 Politically apathetic vegetarianism is not helpful and out of step for the problems we face today, not only as Taiwanese citizens, but as global citizens. Animal agriculture, regardless of its location, is a relentlessly polluting enterprise and a major contributor to climate change. It brutally exploits labor. In the US, things have not changed much since The Jungle, and workers in slaughterhouses are amongst the most exploited. During the pandemic, many workers caught COVID-19 in close quarters. In Taiwan, meat processing plants actually forced exchange students to work.

The way meat is produced necessarily pollutes and contributes significantly to greenhouse emissions. The production of meat requires significant deforestation to grow feed crops as well as creating space for cattle to graze. Feed crops need petroleum-based fertilizer, transportation of meat requires a refrigeration system, which emits about 40% of a vehicle’s greenhouse gas. The production of meat also requires tremendous amounts of freshwater—for example, it takes about 15,400 liters of water to produce 1 kg of beef on average.

In terms of climate change, IPCC’s (United Nations’ Intergovernmental Panel on Climate Change) report shows that the percentage contribution of animal agriculture to total emissions in 2010 to 14.5%—a figure that is actually quite problematic. IPCC’s report used the UN’s Food and Agriculture Organization’s statistics, and FAO has, since 2013, publicly partnered with the International Meat Secretariat and International Dairy Federation. In other words, this is a situation of a fox guarding the henhouse. As Dr. Sailesh Rao commented on this influence: “relying on the FAO’s analysis is like relying on a Philip Morris scientific paper that extols the cancer healing benefits of smoking.“

According to Rao, the IPCC underreports methane and the Carbon Opportunity Cost is zero. IPCC has consistently underreported the warming effects of methane by averaging methane impact for 100 years—methane is 130 times more powerful than carbon dioxide over 10 years, and it breaks down into carbon dioxide and water at around 12 years. Carbon Opportunity Cost is essentially the lost carbon sequestration opportunity—for example, if a forest is burned down for pasture, this would be the amount of carbon the forest would sequester. 37% of ice-free land is used for livestock grazing, so including this number is important if we wish to paint an accurate picture of climate change. Previously, Goodland and Anhang also noted that the IPCC report does not account for livestock breathing. 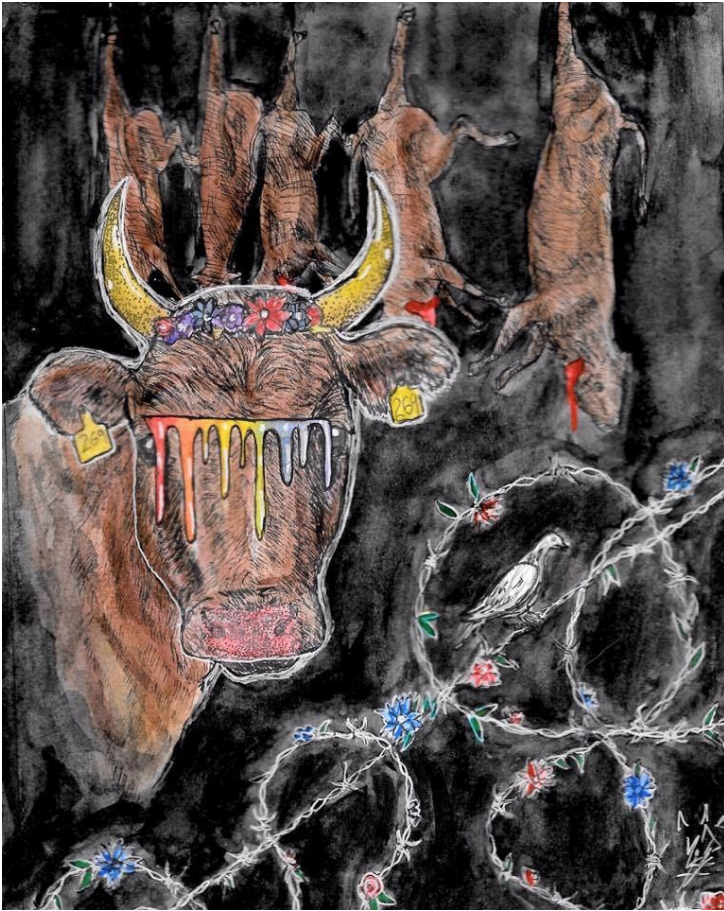 The historical reason that leftists tend to ignore animal agriculture, as pointed out by John Sabonmatsu, was because of Marx: “In the 19th century, Marx famously called for “the humanization of nature” and the development of forms of economic development that would not undermine ecosystems. However, as Ted Benton and others have shown, neither Marx nor any socialists gave any serious consideration to the interests of nonhuman beings, apart from their relative usefulness for us as raw material in the system of production.” But we must remember that animal agriculture is one of the best-hidden secrets of capitalism, as the industry is brutal. The marketing of its products uses sophisticated psychological techniques to dull our compassionate instincts. This production requires the colonization of indigenous people in the Amazons. Or, as observed by Carol J. Adams, “…[W]hite supremacy and misogyny together upheld meat as white man’s food. The belief that meat is the best or only protein source is a racist belief, discounting the way the majority of the cultures ate.” In the US, the left, generally speaking, like Marx, tends to dismiss animal liberation, but it is slowly coming to realize how animal agriculture’s impact, and we can hope that the trend will continue.

When I speak to religious vegetarians in Taiwan about why they decide to be vegetarians, the answer is usually various interpretations of karma. There is something very beautiful about this answer. However, we have to understand that mass slaughter and exploitation of animals will come to us collectively by way of public health, mistreatment of workers, environmental destruction, and climate change. In other words, these problems require political solutions. Fortunately, in Taiwan, there is a growing generational divide within vegetarians, and a group of young left-leaning and more radical vegan activists is slowly emerging, and hopefully, this vegetarian political apathy will be a thing of the past.