ON HAPPINESS ROAD (幸福路上) would be one of the rare examples of a Taiwanese animation to make it to the theater in past years—all the more so given that much of the film is spoken in Taiwanese. Nevertheless, despite high-profile attempts to promote the view by the Taiwanese government, as well as Taiwanese celebrities such as Wei Te-sheng and Kwei Lun-mei, the film proved a failure at the box offices. This would be a fate shared by the other rare examples of Taiwanese animation in past years, such as the 2000 Grandma and Her Ghosts (魔法阿媽). 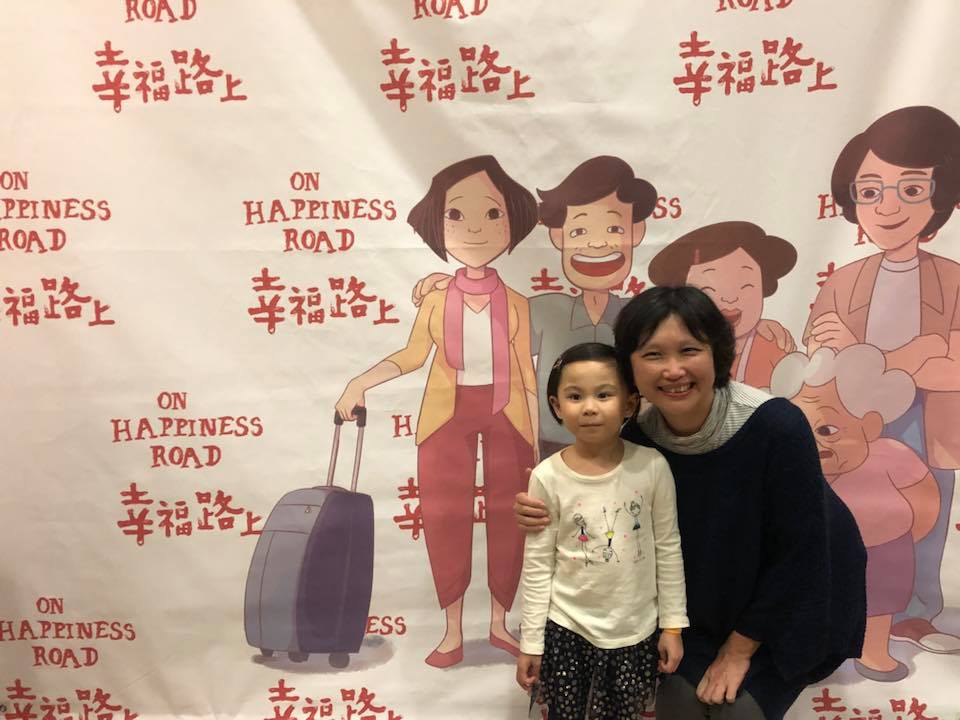 Partly autobiographical, as derived from the life of director Sung Hsin-yin, On Happiness Road reflects decidedly contemporary concerns in its look at Taiwan primarily in the 1980s, 1990s, and 2000s. The film is bookmarked by the death of Chiang Kai-Shek and the outbreak of Sunflower Movement, with its protagonist born on the date of Chiang Kai-Shek’s death in 1975, raising parallels to Hou Hsiao-Hsien’s City of Sadness beginning with a childbirth during the broadcast of Japan’s wartime surrender during Taiwan’s Japanese colonial period as similarly denoting a historical shift of Taiwanese history. The film concludes quite literally on the morning of March 19th, 2014 after news breaks of the storming of the Legislative Yuan the previous night. In this way, it is an attempt to sum up what the director sees as a period of time through the lens of her own experience.

The film primarily focuses on two periods of time in the life of protagonist Lin Shu-chi, her childhood growing in Taiwan on the titular “Happiness Road” (幸福路), a real-world location on which the director, Sung grew up, as well as Lin returning to Taiwan as an adult in 2014 after the death of her grandmother. In this, the film skillfully mixes both present-day social concerns with evocations of Taiwan’s past. 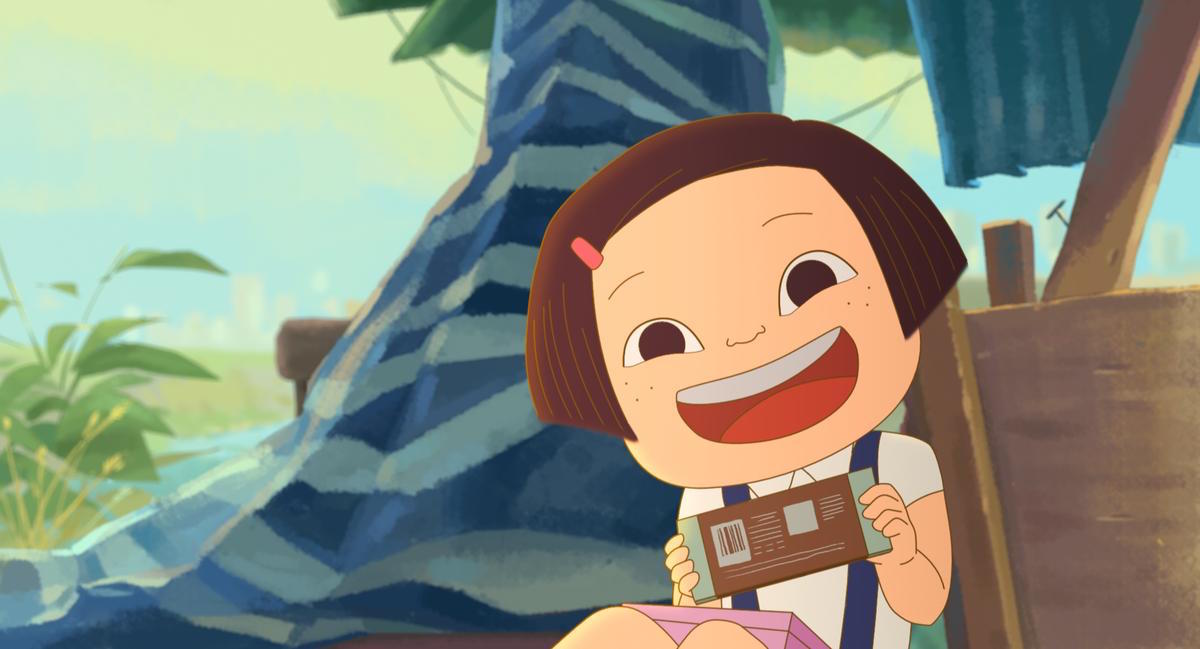 For example, early on in the film, as a child, Lin Shu-chi faces discrimination because of her indigenous grandmother as reflecting contemporary reflections on racial prejudices against Taiwanese indigenous or their descendants. However, Lin also has a classmate who is part-Caucasian, the child of a US serviceman, seeing American used to operate bases in Taiwan under derecognition of the ROC under China policy and Taiwan used to a common vacation stop for American soldiers during the Vietnam War. Indeed, as a child, Lin is depicted as frequently fantasizing about an idealized version of America, and coming under the influence of American cultural exports, including fantasizing about being a blonde princess. Such periods in Taiwanese history are readily forgotten in the present and it is highly to the film’s credit that it raises these untouched aspects of the authoritarian period.

Growing up with relatives who encounter troubles due to the authoritarian rule of the KMT, most prominently in the example of Lin’s cousin, politicized through reading banned books while studying in America, Lin grows to become a student activist in the 1990s and 2000s. Lin is depicted as participating in rallies, working in a pan-Green newspaper, and being a supporter of Chen Shui-Bian, contrary to her parents’ wishes. 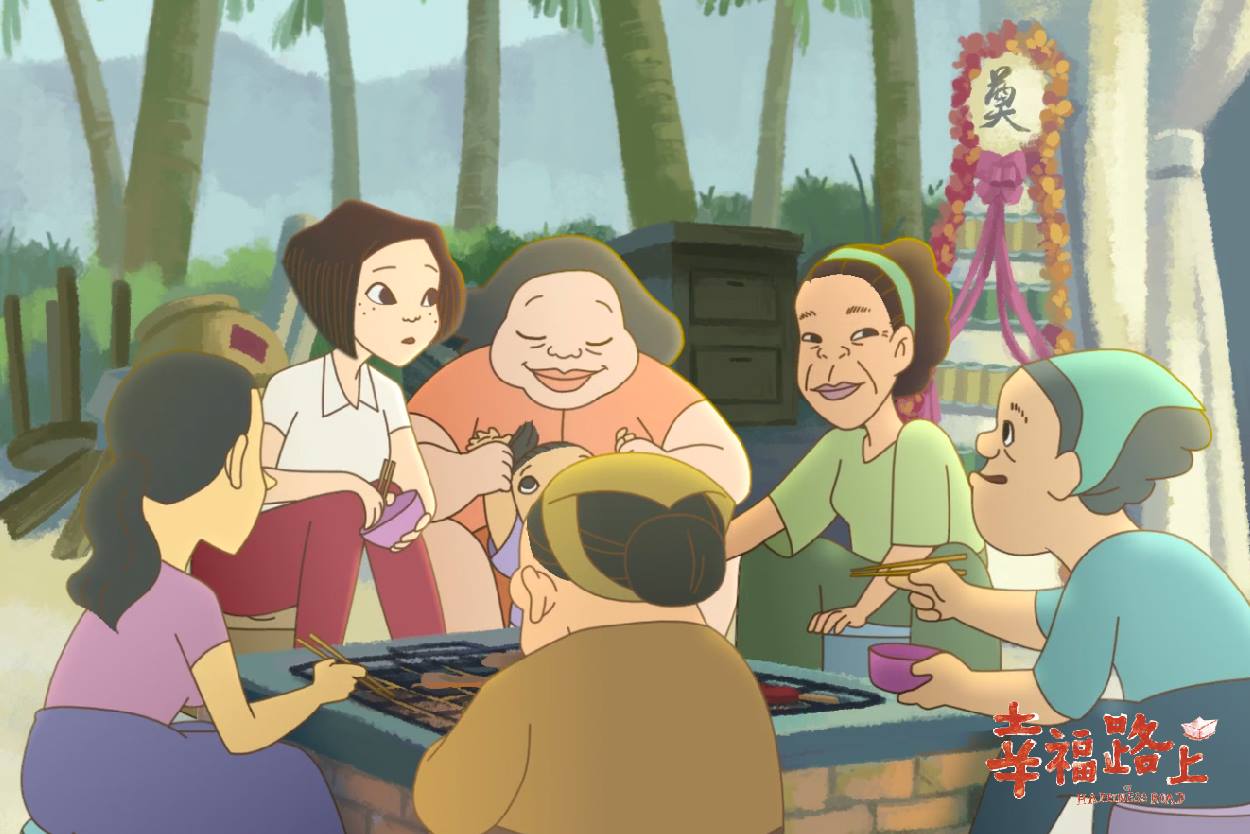 Lin then later moves to America because of her cousin’s success in winning the immigration lottery, where she meets her white, American husband. When Lin returns to Taiwan in 2014 following the death of her grandmother, Lin is pregnant, but faces the dilemma of whether to stay with her husband because he does not want children, as well as the question of whether to stay in America and continue her life there or whether to return to Taiwan and be with her parents. In this, the film proves a skillful depiction of the contemporary Taiwanese diasporic experience, particularly with reflections by long-term Taiwanese expats about whether to return to Taiwan after years, even decades spent in America. Notably, On Happiness Road would be a rare example of a reflection on the New York Taiwanese diasporic experience from a benshengren perspective, whereas other examples such as Pai Hsien-Yung’s novel New Yorkers or Ang Lee’s films The Wedding Banquet and Pushing Hands are decidedly waishengren in perspective.

It proves highly unfortunate that On Happiness Road did not receive more critical attention, whether in Taiwan or from animation aficionados internationally. The film is well-written, shifts fluidly between fantastical segments drawn from Lin’s childhood imagination or supernatural elements, and a realistic register, and features skillful art. However, it may be that the Taiwanese public had low expectations for animated productions to begin with, seeing as, after the decline of Taiwan’s animation industry, high-quality works are few and far between. This may have contributed to the film’s poor box office performance. 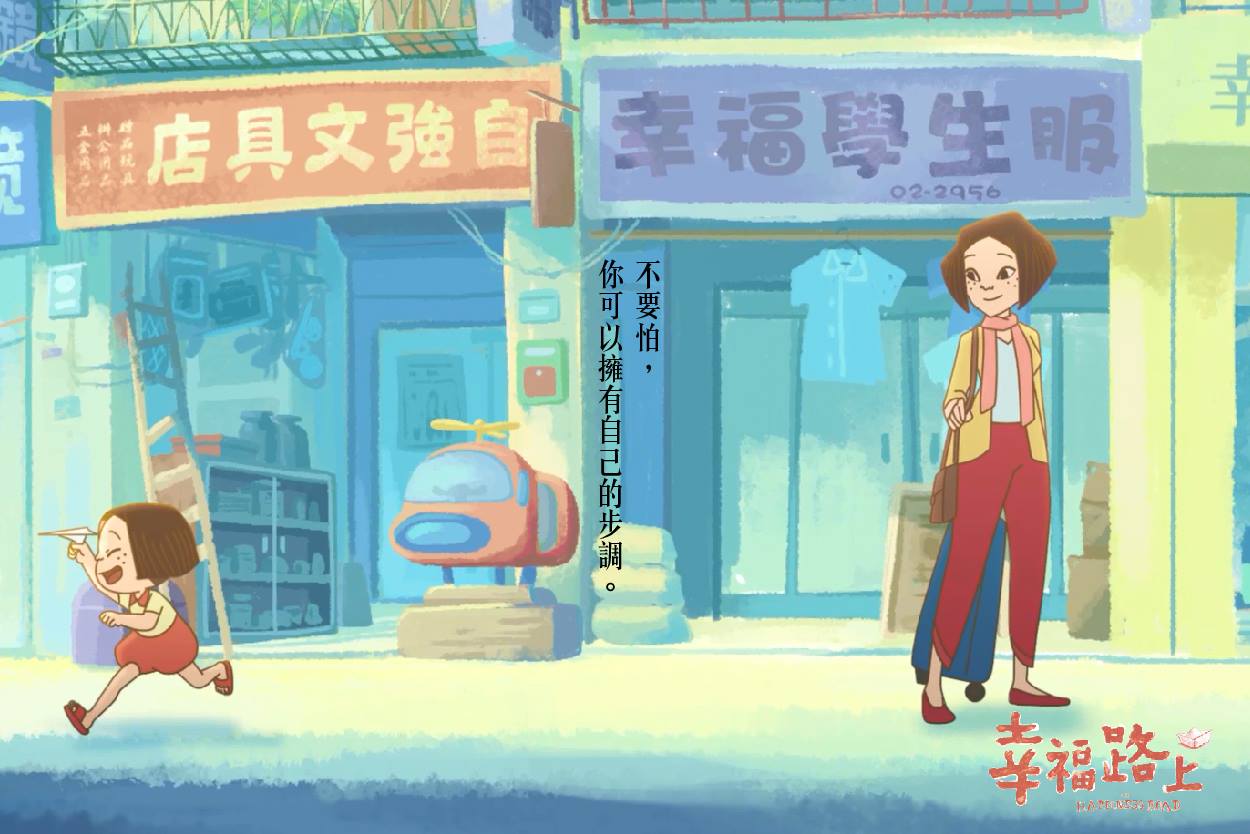