Review: The Legacy of Chen Uen: Art, Life and Philosophy

THE CHEN UEN exhibition at the National Palace Museum would prove a comprehensive overview of the comic artist’s work, although with a stated focus on the artist’s “art, life, and philosophy,” the exhibition has a definitive slant towards hagiography. The may be an attempt to correct for the fact that although Chen Uen (鄭問) would be one of Taiwan’s most famous comic artists, in the past he has not received as much attention from within Taiwan as one would have expected.

The exhibition was originally scheduled to be held in March to mark the anniversary of Chen’s death last year in March 2017 but later rescheduled to the summer to coincide with summer vacation. The exhibition was organized by former Taipei Comic Artist Labor Union head Chung Meng-shun (鍾孟舜), one of Chen’s students, who has criticized the lack of recognition of Chen’s work in the past and lagging efforts by the government to support Taiwanese artists in the past. 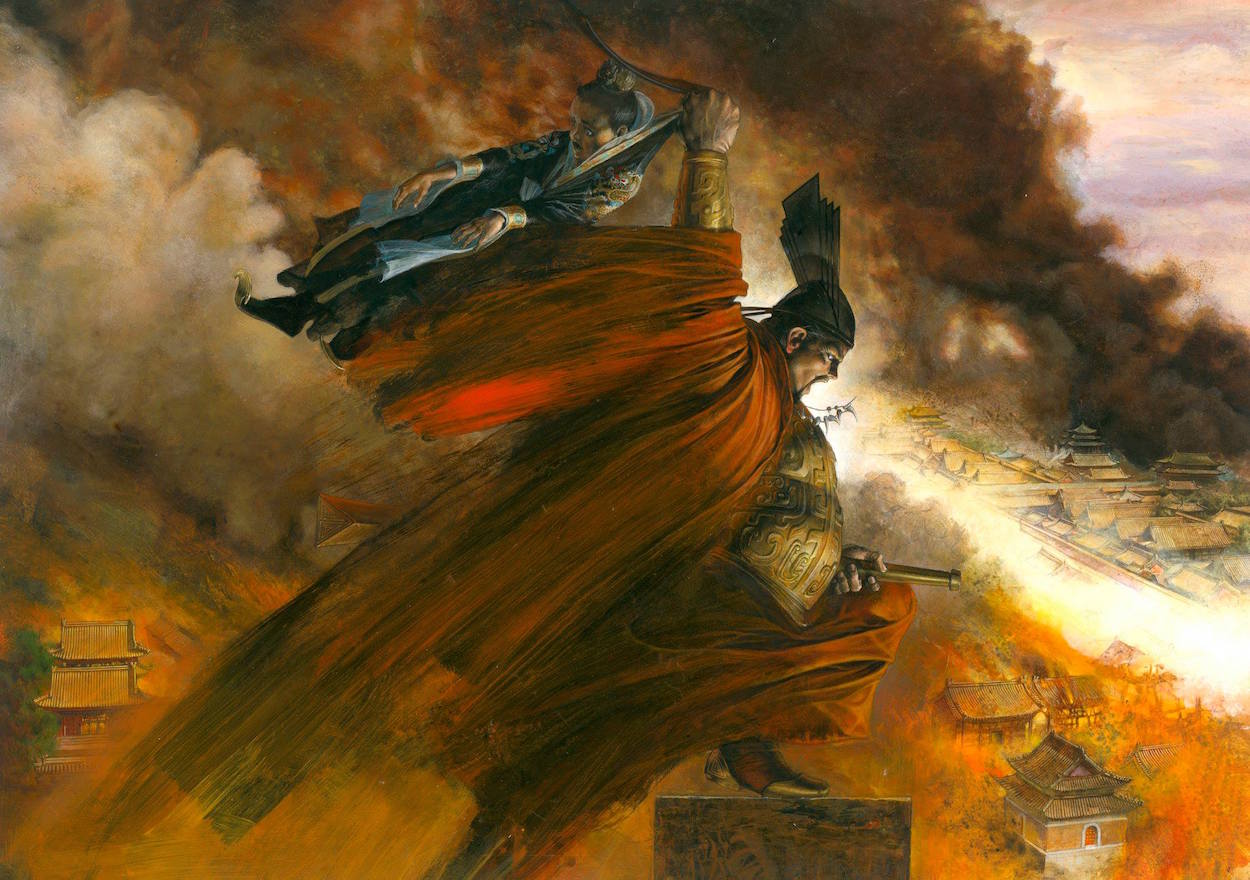 It is not surprising Chen Uen most often drew on a mythical version of China in his works, as inspired by wuxia martial arts novels both ancient and contemporary. Most of his works are set in historical Chinese times, as with works such as Heroes of the Eastern Chou Dynasty or Legends of Assassins, with focus on grand, heroic, masculine figures. 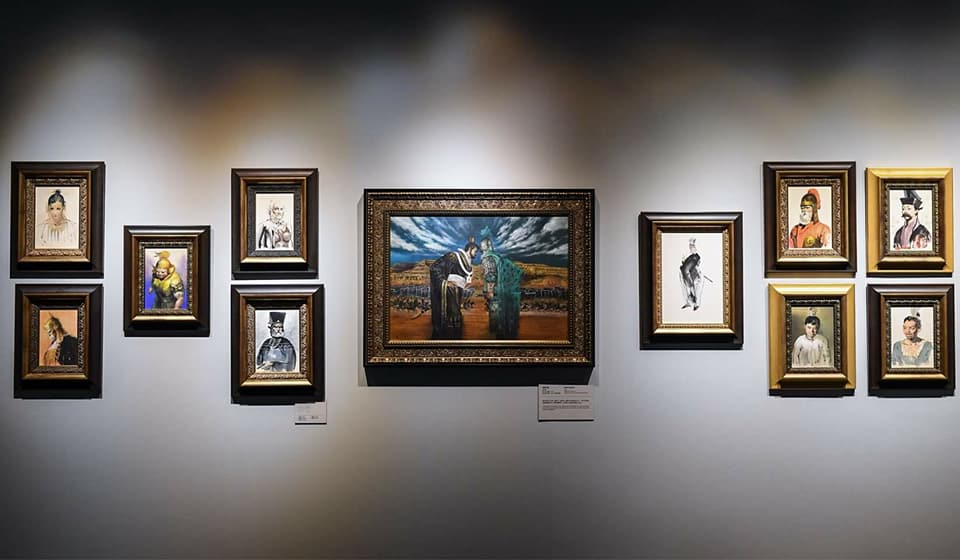 Mostly working with acrylics in the colored pages of his comic works, the artistry of Chen is readily visible in these figures, which range from classical western realism to superheroic proportions. In this, Chen’s artwork resembles other Asian artists with a strong influence from western comics, particularly Japanese artists that were contemporaries such as Katsuhiro Otomo or Yoshitaka Amano, yet one also sees elements of Michelangelo or Raphael in his drawings of musculature.

While much attention has gone to Chen’s use of a classical Chinese setting in many works or his use of traditional Chinese forms of painting, such as ink painting or court paintings of emperors, it is also clear that Chen was very much influenced by European and American modern art, with the use of patterns that resemble the work of Matisse, Pollock, Munch in a manner that is probably citational. One also observes that the coloration of some of Chen’s portraits of his characters resembles Renaissance portraits, particularly Dutch Renaissance portraits. Oftentimes, one finds different artistic styles grafted together in a single work, in which, for example, a background may resemble a Chinese ink painting, but a character’s clothing may draw from western modern art, and their face is drawn in a realistic style. Chen’s use of found objects in his work, such as incorporating a garbage bag into a painting, probably indicates Chen’s interest in and awareness of global artistic trends involving assemblage and found objects in the latter half of the 20th century. 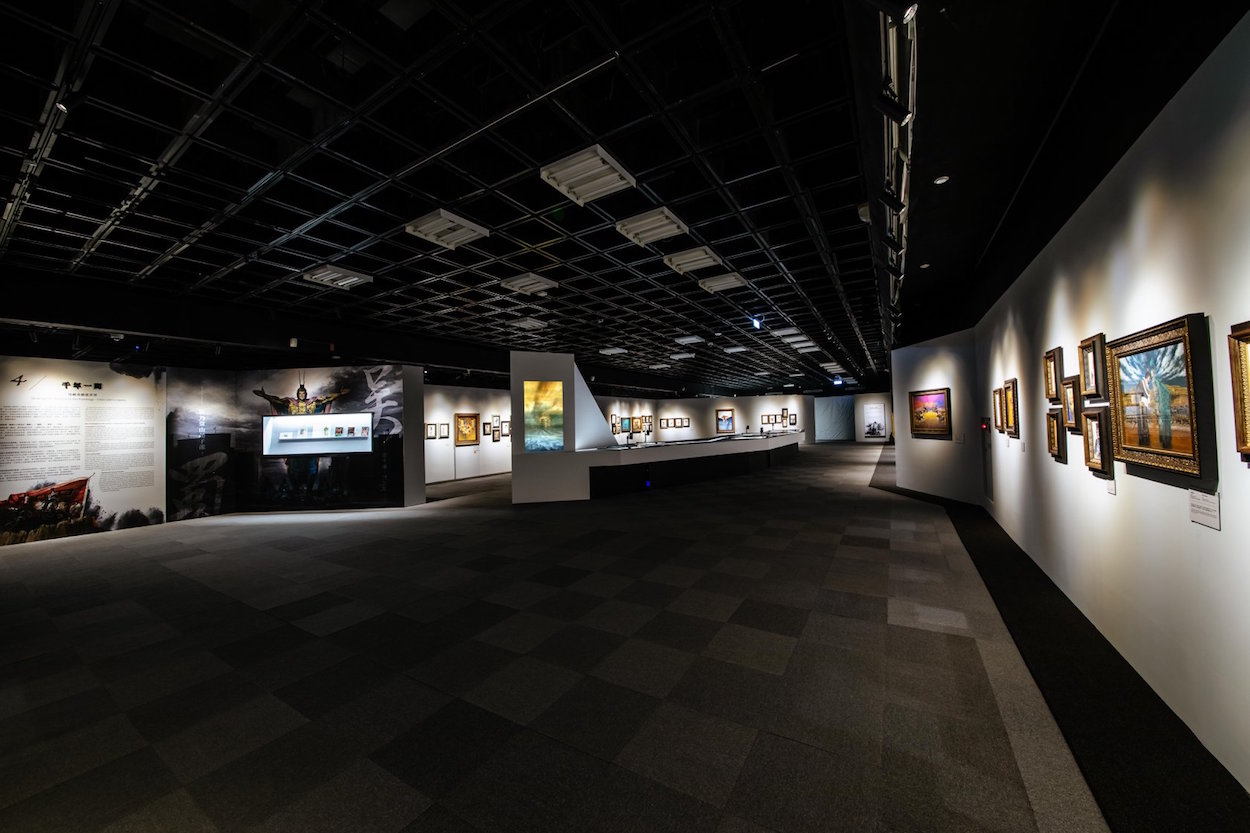 The exhibition proves a successful one, in giving an overview of Chen’s work for both those unfamiliar with his works and those familiar with them. The focus of the exhibition would primarily be on his comic works, although a section of the exhibition details his collaboration with Chinese video game designers in the early 2000s, and several of Chen’s sculptures and glove puppets of his characters are also on display.

If the exhibition is lacking in some respect, however, it is probably on Chen the storyteller, seeing as Chen was also the writer of his works. Despite its focus on hagiography, the exhibition also primarily displays Chen’s work out of order, with an unclear chronology as to their relation, order, and the development of Chen’s artistic works through his career. Nevertheless, the exhibition is ultimately one worth seeing for those interested in Chen’s works or the history of Taiwanese comics. The exhibition runs until September 17th at the National Palace Museum.