Will The Foreign Talent Law Better Conditions For Foreigners In Taiwan?

DESPITE THE LARGE shifts brought about by the passing of the Act Governing Recruitment and Employment of Foreign Professionals by the Legislative Yuan at present, it seems unlikely that long-term issues concerning Taiwan’s ability to attract and retain foreign or local talent will be resolved or that this will address many of the long-term issues facing foreigners in Taiwan. While many are happy because of the improvements to existing law which the Act Governing Recruitment and Employment of Foreign Professionals pushes for, assuming the act passes review by the Executive Yuan without issue, it seems likely that for many the law will not do enough.

What is positive regarding the Act Governing Recruitment and Employment of Foreign Professionals is that it goes to improve the quality of life for many of those currently residing in Taiwan, closing legal loopholes, for example, regarding children born in Taiwan to foreign professionals who may face legal limbo once they finish university in spite of spending the majority of their lives in Taiwan. Likewise, the Draft Law allows newborn infants to qualify for National Health Insurance right away, rather than being left in limbo for six months in which they do not qualify for National Health Insurance. 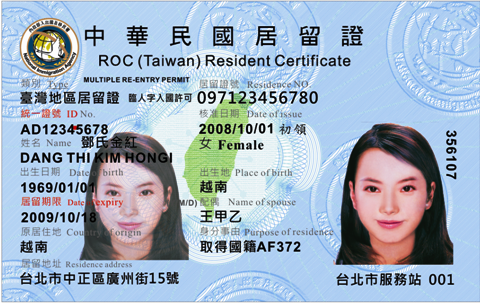 The Act also makes life easier for foreign professionals living in Taiwan by allowing foreign white-collar workers with permanent residency to qualify for pensions and extending maximum residency for work and residence permits, removing the requirement that foreign workers had to remain in Taiwan for 183 days per year in order to retain their APRC, and implementing a “Employment Gold Card” combining the functions of a work permit, residency visa, alien residency permit, and and re-entry permit. Foreigners are also allowed to enter Taiwan on a six month job seeking visa, whereas currently foreigners have to seek work using tourist visas, and foreign artists will be able to apply for work in Taiwan for up to three years.

But the Act toned down previously more radical reforms to the immigration system which would have implemented a more flexible “points” system to obtain residency instead of a minimum salary. One imagines that this point system would be similar to the “merits-based” points system which has been proposed in the United States for years, as a way of shifting from an immigration system primarily based upon family ties to one founded upon skills and employability. A cap on the number of foreign work visas issued per year also remains as a ceiling limit, although as has occurred in the past, it is possible that in practice, the government may still issue a lower amount of certain types of visa than the actual legal limit. Tax benefits for foreigners passed by the act also remain prohibitively high, applying to few foreigners living in Taiwan.

As such, one also does not imagine that the current ecology for foreign white-collar work in Taiwan will change substantially, in which the government places particular emphasis upon attracting individuals working in the tech sector and few other industries, and in which a disproportionate amount of foreign white collar workers are English teachers. And despite reforms, as with many things regarding government policy, one wonders whether bureaucratic oversights regarding the forms that foreign workers have to fill out to apply for work residency will change, in which forms suffer from hard to understand English, and sometimes demands are made of documents which do not exist in the home countries of foreign workers. There may also still be much to be done for foreign residents in Taiwan where quality of life is concerned, with regards to such aspects of life such as foreigners lacking forms of identification commonly used by Taiwanese for ordering things online, opening bank accounts, registering businesses online, using international payment systems such as Paypal with Taiwanese bank accounts, and etc. 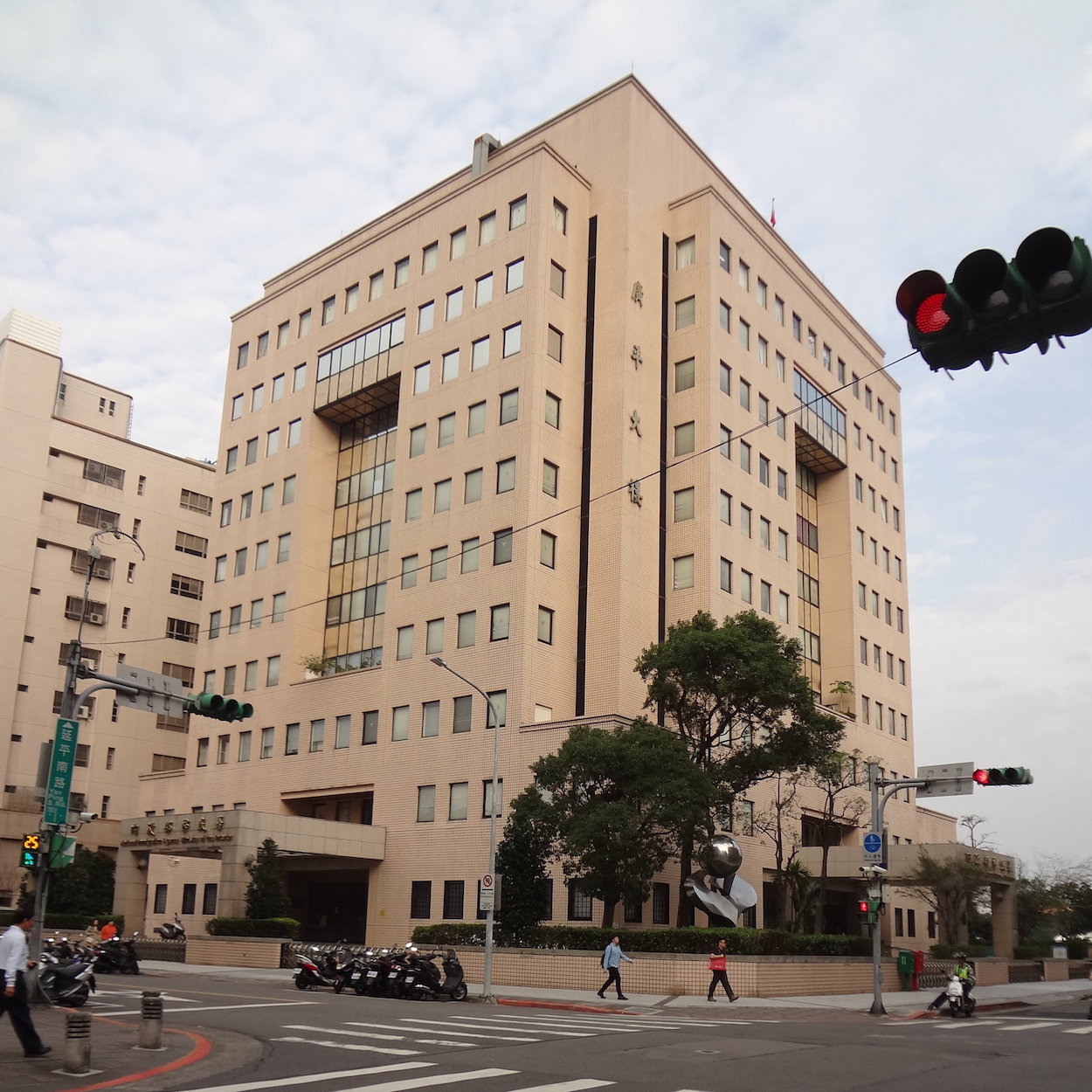 Nevertheless, apart from that this will not lead to a fundamental rebalance of the Taiwanese white collar work force in which forms of work apart from teaching English become readily available, for critics that the current law does not go enough that lash out particularly at Taiwan, one generally has to remember that visa regimens the world over remain quite strict. Much as with Taiwan’s minimum salary for qualifying for work residency, the $60,000 minimum salary for the H-1B visa for skilled foreign talent in America is prohibitively high for many, and lotteries and caps on visas issued make it further difficult to obtain work residency. Oftentimes it is the case that those who lash out in particular on restrictive immigration and residency policies in Taiwan have not actually experienced the restrictive visa policies which exist in their own countries of origin, even in countries which may claim to be a nation of immigrants, much as America does.

Such would generally be the barbarity of immigration laws and border policing the world over, in which immigration laws are always used as barriers to keep out undesirables and as restrictions on freedom of travel. But it is also true the work residency situation in Taiwan is still better than in many countries, particularly in comparison to many Asian countries.

What leads many to react strongly against and sometimes deem Taiwan a “xenophobic” country is the lack of adequate provisions for obtaining Taiwanese citizenship, in which Taiwanese citizens may be allowed to hold multiple citizenships without being made to give up their original Taiwanese citizenship, but foreigners would have to give up their original citizenship before applying for Taiwanese citizenship, leaving the possibility open that they may become stateless. But, again, although this is a serious fault of the Taiwanese system, this is not exceptional in Asia, in which a high barrier for obtaining citizenship has not been overcome. One observes, for example, in China, a country of over 1.3 billion to Taiwan’s 23 million and one which dwarves Taiwan in the size of its economy, citizenship for foreigners is similarly nearly unheard of and only 5,000 foreigners had permanent residency status in the entire country in 2012. To raise this is not to act as an apologist for actions by the Taiwanese government or any other government, but to simply raise that international barriers on immigration are one of the many restrictions on the human freedom of travel and residence set by nation-states as they exist under the system of global capitalism. 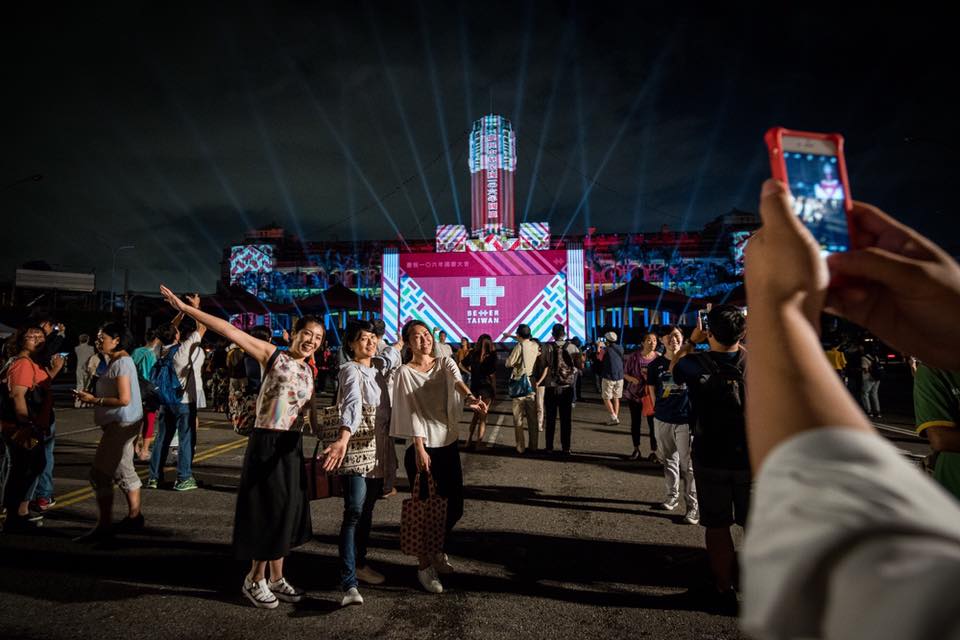 Either way, Taiwan still faces the challenges of attracting and retaining foreign talent, while also stemming its own problem of retaining local talent due to brain drain and better conditions abroad. Although the latter is sometimes cited as a justification to place restrictions on the former, ultimately what is not proposed is better the work situation for Taiwanese and foreigners alike, in order that Taiwanese talent stays in Taiwan while Taiwan is also able to attract and retain foreign talent. This lack of solutions is not too surprising. And at the same time, it bears remembering that if there continue to remain considerable hurdles for foreigners even under reforms passed by the Act Governing Recruitment and Employment of Foreign Professionals which should one should justifiably call attention, this is primarily regarding white collar workers, and the situation of “migrant workers” who are usually not from western countries and are usually blue collar workers remains worse.

But, in general, so long as the nation-state remains the paramount in international affairs, one imagines that boundaries will continue to form a boundary on the free movement of peoples within the world. Unfortunately this, too, will not change anytime soon, whether in Taiwan or the world, and until the day that this changes internationally, there will continue to restrictions on the freedom of individuals to freely live as residents where they would please in Taiwan or any other nation.