The following article, by Yi Luo-ren, an exchange student from Henan, China, originally appeared in the Apple Daily, and was translated into English by Brian Hioe.

NOT TOO long ago, at the graduation ceremony of the University of Maryland in America, a Chinese student graduating sang the praises of America, stating that American air was “fresh and sweet, and oddly luxurious.” This hurt the feelings of China’s netizens, leading to threats and demands that she apologize.

Although Chinese netizens are angry and overbearing, what they were too afraid to do was to actually compare the quality of the clean air she was describing with the poisonous smog in China, in concretely seeing whether there is a big difference between the air of a free democratic country and a country with an autocratic political dictatorship. For example, we see this in the retort that “Kunming’s air is actually very clean”. This includes the responses by state-run Xinhua News, which also did not confront this issue. This kind of depoliticized argument using name calling further expresses that the Chinese government is quite lacking in its respect for fundamental human rights. 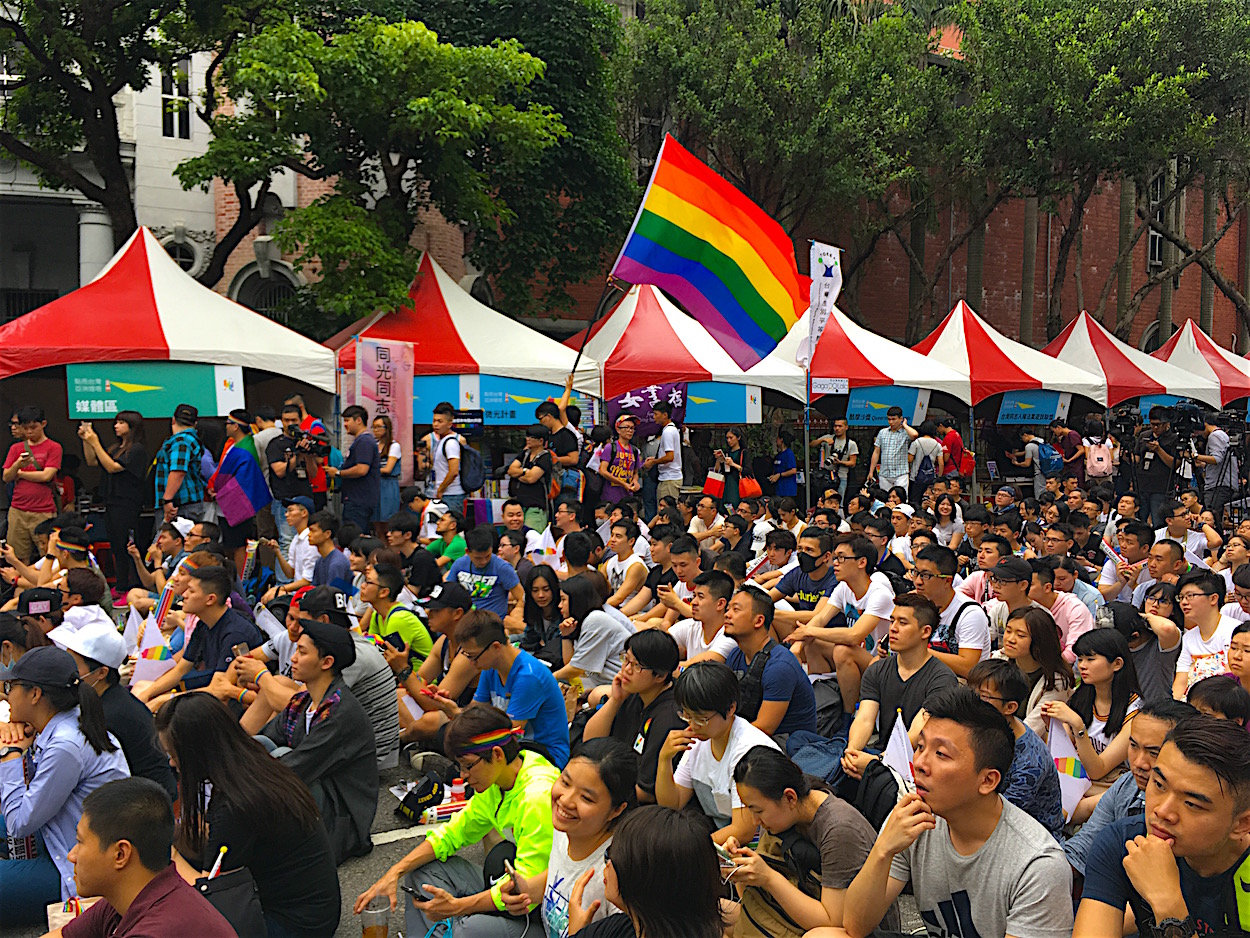 In contrast to China, we can look at the recent decision of Taiwan’s Council of Grand Justices to interpret the constitution as protecting individual marriage equality and requiring changes to the constitution within two years to allow for gay marriage, causing Taiwan to be the first Asian country in the world to, in the 21st century, realize marriage equality. This clearly shows how the air is sweet in Taiwan, and even strangely luxurious. But as expected, in the face of these progressive steps by Taiwan, on Weibo, WeChat, and even Facebook, and Twitter, some were afraid to discuss the issue, still others avoided discussing political matters, and the depoliticized explained the sexual equality movement as something from Taiwan that China should be sterilized from.

The difference from China is obvious, as we see in the Wild Rose Youth’s (玫瑰少年) refusal to be socially “harmonized”, leading to reflection on the issue in Taiwan. From 2003 until today, tens of thousands of people to hundreds of thousands of people have participated in gay pride parades and related activism. The call of social movements for marriage equality spread nationwide, as well as calls for transitional justice, indigenous self-determination, and other progressive causes. This proceeded until 2015, when the power of the KMT was broken with Taiwanese, especially young people, deciding that they had enough of the KMT’s conservatism. With the election of Tsai Ing-Wen, her pick of Grand Justices, Taiwan has now resolved the problem of marriage equality.

What many Chinese are not clear about or too afraid to speak aloud are the freedom of speech and assembly, the ability for turnovers of political power to occur through elections, and the use of the constitution to concretely protect people’s rights. These are things that the CCP will never allow. A small minority are willing to stand up for their views, or stay in exile, to be arrested, or even disappeared. And so, in comparison to this kind of smog, the air in Taiwan and America is indeed luxurious.