THIS MORNING AT 10:00 AM, the Taiwan Alliance to Promote Civil Partnership Rights (TAPCPR) hosted a press conference regarding yesterday afternoon’s Taipei High Administrative Court ruling against regulations requiring proof of surgical intervention to change one’s legal gender. The historic ruling in favor of plaintiff Xiao E found existing legal gender change regulations to be unconstitutional. Assuming that this ruling does not get appealed, Xiao E will be able to change her legal gender and become Taiwan’s first transgender woman to do so without submitting proof of surgery. TAPCPR’s press conference featured commentary on the decision from representatives of the Taiwan Adolescent Association on Sexualities, Taiwan Tongzhi Hotline Association, Taiwan Non-binary Queer Sluts, and Taiwan Gender Equity Education Association, as well as a written statement from Xiao E herself and comments by other transgender community members. 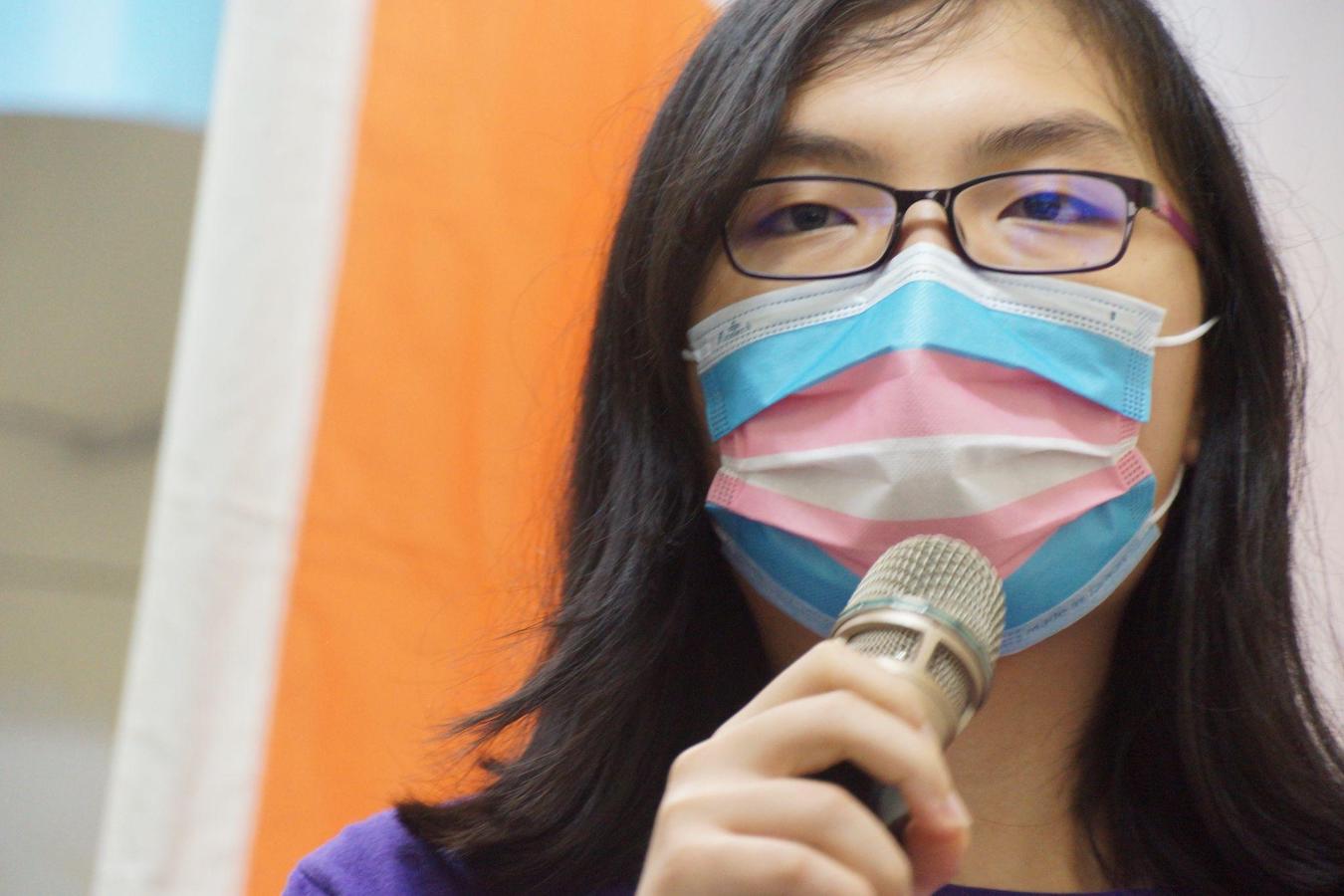 Lisbeth Wu (吳宇萱), the plaintiff of another TAPCPR case to change one’s legal gender without submitting proof of surgery, emphasized how making legal gender change more accessible to the transgender community helps transgender people navigate their everyday lives with less risk of being misgendered, being outed by their legal documents, and receiving discriminatory treatment. Accordingly, Wu urged the Ministry of the Interior to promptly revise the unconstitutional regulations surrounding legal gender change, as other people besides Xiao E who wish to change their legal gender without submitting proof of surgery will only be able to do so if the Ministry of the Interior revises their regulations (內政部97年11月3日內授中戶字第0970066240號令) or if they similarly undergo lawsuit proceedings and win their appeal. In her written statement shared during the press conference, Xiao E similarly commented that she hopes that the Ministry of Interior will promptly revise their regulations and prevent future Judicial Yuan resources from being wasted on gender change appeals necessitated by unconstitutional regulations. These comments were echoed by other organizational representatives in attendance. Taiwan Gender Equity Education Association representative Yi-zhen Han (韓宜臻) also emphasized the importance of transgender representation in educational materials, transgender characters and stories in broadcast media, and training teachers to teach transgender issues in their classrooms.

Taiwan Non-binary Queer Sluts representative Lilin (玉吐) shared that yesterday’s ruling also affects Taiwan’s non-binary community. While non-binary people in Taiwan still do not have a legal gender category that fully incorporates them, many would still prefer to change their legal gender within existing categories as a second best alternative. Praising yesterday’s ruling as contributing towards a friendlier environment for gender diverse people, Lilin also emphasized the need to create additional legal gender categories beyond “male” and “female.”

In late 2017, the Executive Yuan began exploring the possibility of adding a third gender category (“X gender”) to passports and National identification cards. In 2018, then Vice President of the Control Yuan Paelabang Danapan (孫大川) and committee member Fengxian Gao (高鳳仙) called upon the Ministry of Health and Welfare and Ministry of the Interior to acknowledge intersex people and create a third gender legal category. Efforts to establish legal gender categories beyond “male” and “female” remain ongoing. 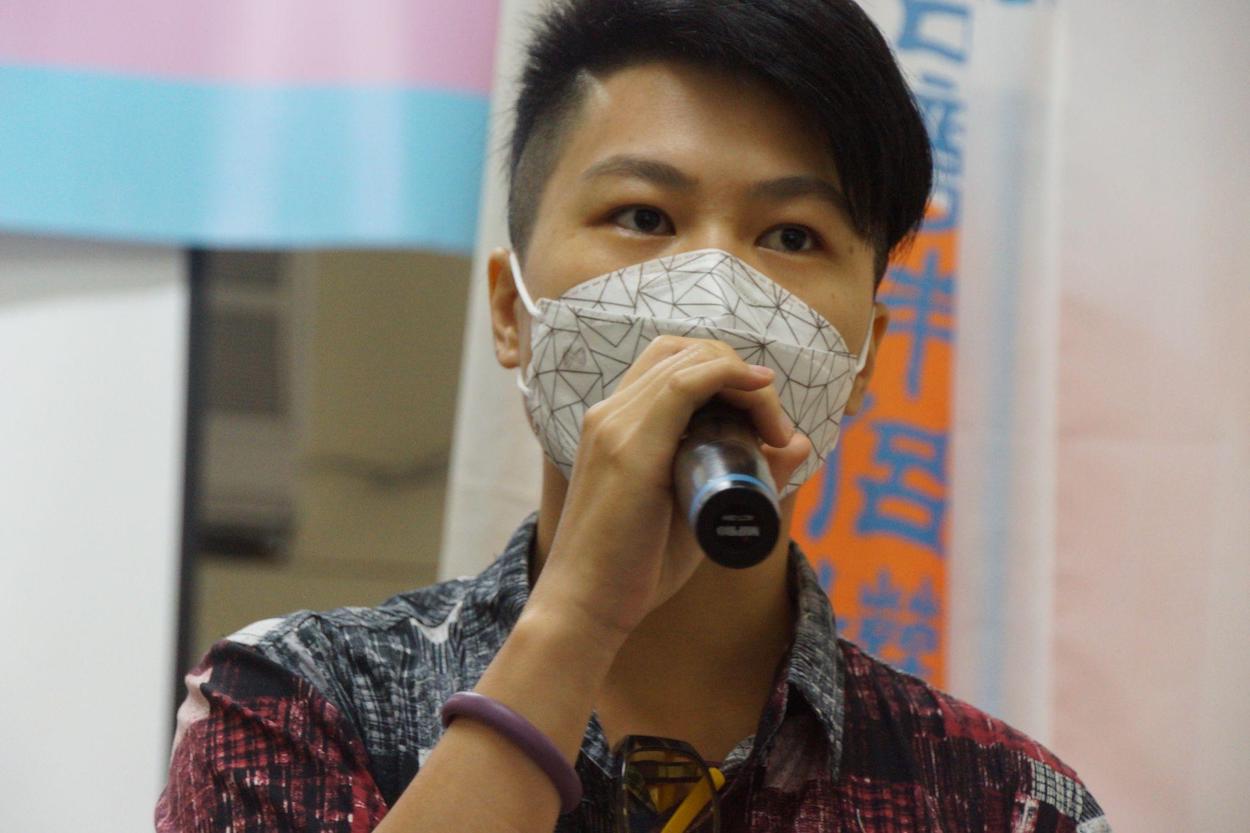 Yesterday’s historic ruling was a milestone achievement for transgender rights in Taiwan. In 2020, TAPCPR surveyed Taiwan’s transgender community and found that of the 88.22% of respondents who have not legally changed their gender, 29.54% questioned the necessity of undergoing surgery in order to legally change their gender. With the surgery requirement now deemed unconstitutional, transgender people in Taiwan have one less barrier to changing their legal gender in a way that best suits them. However, many legal restrictions affecting transgender, intersex, and non-binary people in Taiwan—such as the absence of legal gender categories beyond “male” and “female,” gender confirmation surgery not being covered by National Health Insurance, and the lack of transgender-friendly and gender diverse dorm options on college campuses—remain.

Nevertheless, the Taipei High Administrative Court will issue formal written judgments to both parties within two weeks. The Daxi Household Registration Office can submit an appeal to the Supreme Administrative Court within twenty days upon receiving the written judgment. Press conference participants speculate that it is unlikely that yesterday’s ruling will get appealed since government officials have already expressed their support for eliminating the surgery requirement for changing one’s legal gender.