THE BRUTAL STREAM of assaults on Asian Americans does not occur in a vacuum. While American leaders have issued statements decrying anti-Asian attacks, they have largely ignored the underlying structural racism that facilitates them. Asian Americans are either born in the United States or have chosen to make their home there, yet they are still perpetually categorized as “foreign” or “other”—a condition which renders the entire community vulnerable to not only physical, but also economic and cultural violence.

VIOLENT TERROR against people of Asian descent has occurred throughout American history. Asian immigrants were, and still are, seen as “other”—cheap labor, sex objects, or competitive threats—but never fully human.

Workers from Canton constructed half the Trans-Continental railroad that linked the country together, and Chinese miners helped towns boom throughout the West. By 1870, Chinese made up 20% of California’s workforce and nearly 30% of Idaho’s total population. Despite these contributions, White workers lynched, massacred, and violently expelled their Asian neighbors without repercussion, while politicians capitalized on “Yellow Peril” xenophobia to ban immigration from Asian nations, including China, India, Japan, Korea, and Southeast Asia. 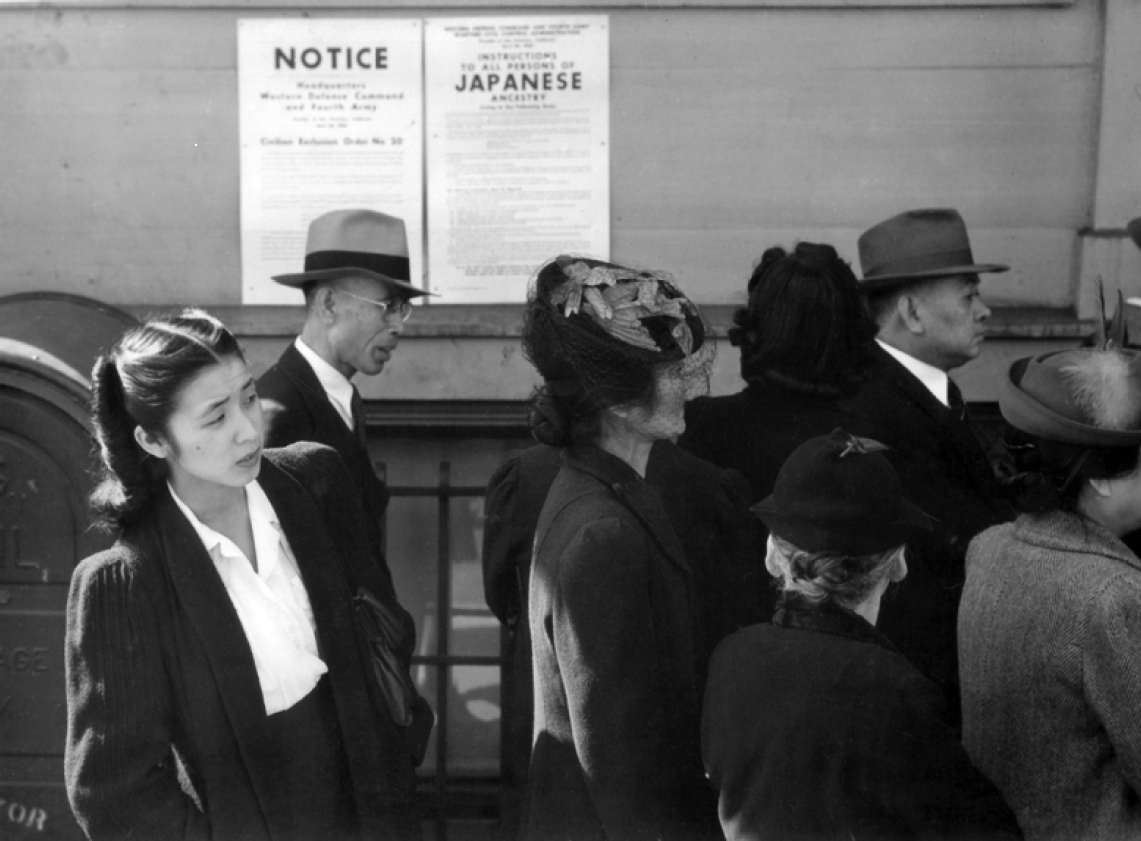 Japanese Americans in front of a notice about their internment. Photo credit: Dorothea Lange/Public Domain

During World War II, Japanese Americans’ perceived “foreignness” was used to justify seizing their property and forcibly imprisoning them in camps. Now in the 21st century, repeated attacks against Asian American elders and the ongoing surge in hate incidents offer a reminder that even if laws change, physical violence remains a threat.

BEYOND PHYSICAL HARM, structural racism also manifests as economic violence. Asian-owned businesses have been especially hard-hit during the pandemic: financial woes have been coupled with misplaced fears blaming Asian Americans for spreading coronavirus, leading to hate crimes. In Chinatowns, Koreatowns, Little Manilas and Little Saigons, businesses have suffered higher rates of closure, and some have been excluded from government relief efforts. Even before the pandemic, historical Asian neighborhoods from San Francisco to Chicago to Boston were already threatened by gentrification.

In the face of inaction by those in power, Asian Americans must save themselves. With the rise of pandemic-related racism, volunteer-led community safety programs in Seattle, San Francisco and New York have emerged. Intergenerational efforts in Oakland’s Chinatown and Japantown in San Jose are pairing younger chaperones with elders to ensure their physical safety.

On the economic front, Asian Americans are stepping up to protest business closures, protect affordable housing and tenants’ rights and organize to Save Our Chinatowns.

A THIRD WAY structural racism manifests is through cultural and linguistic violence: destroying a people by denying them their history. The American story as taught in schools has centered Whites, while neglecting the histories and contributions of minorities. This relegates Asian American experiences to “other” stories outside the national narrative—a phenomenon unsurprisingly replicated in workplaces and government.

Asian American Studies programs combat cultural violence by offering a richer understanding of U.S. history and transferring knowledge about Asian experiences across generations, but they remain underfunded and hard to find.

Another potent form of cultural erasure is to deny minorities access to their heritage languages. When societies fail to protect minority tongues, and a dominant language crowds out space for linguistic diversity, underserved communities are further marginalized. Yet thriving multilingual societies throughout the world show this is not inevitable, and can benefit tremendously from diversity.

Today, ethnic studies and language programs face cancellation by universities eager to trim COVID-impacted budgets. Asian American activists lobbied to create these programs and must now mobilize to protect them. 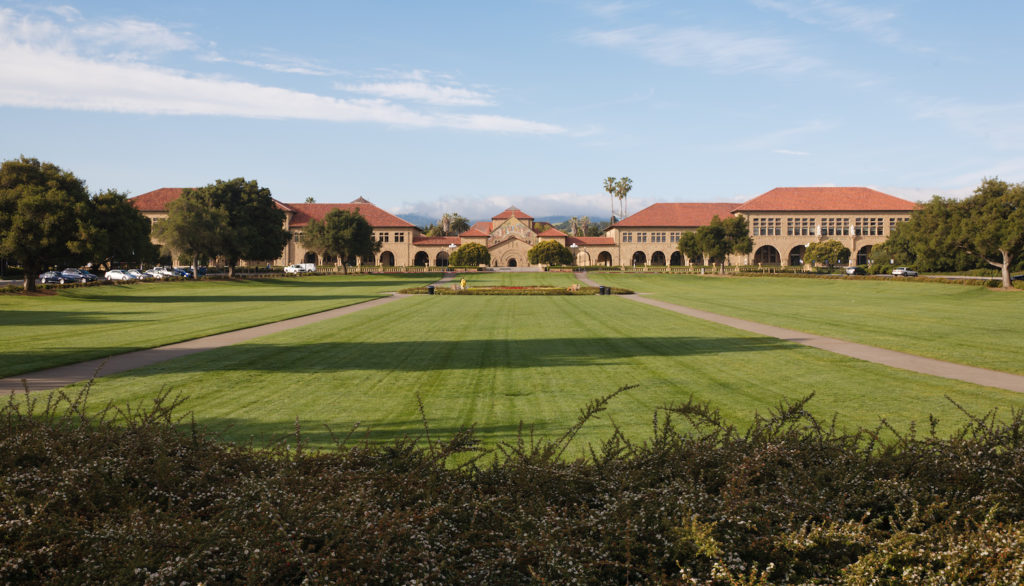 At Stanford University, our alma mater, White administrators made budget cuts that severely impacted language courses in Vietnamese, Filipino, and Cantonese. This is especially egregious given Stanford’s history: Leland Stanford founded the university using wealth built on the backs of Cantonese railroad workers. Thousands have signed our petition to #SaveCantonese at Stanford.

Decision-Making Must Include Asian Americans

WHAT DOES AN effective response to anti-Asian violence look like? Resources to combat hate crimes are being disseminated, but tackling the tip of the iceberg without addressing the bulk of structural racism beneath the surface is no solution.

We must work to proactively fix problems at their source. Full inclusion in city planning and urban policymaking can prevent Asian neighborhoods from becoming economic casualties to gentrification. Investing in Asian American Studies and language education directly counters ongoing cultural violence and erasure.

A basic, but critical, step is for non-Asian leaders to include Asian Americans in decisions that affect our community. They must also treat Asian American issues as core to their institutional mission—not merely an afterthought. Symbolic words of support in times of crisis are meaningless, unless they are backed by a track record of inclusion and action. Otherwise, when Asian voices are silenced, and Asian lives are treated as inconsequential, domestic terrorists can easily target them for outright elimination.

Asian Americans and other minorities are part of the fabric of America, and have been for centuries. They are not waiting for an outside hero to rescue them—they are eager to save their own communities, just as they have done before. Across the country, grassroots, community-led efforts are pushing back against a system that robs Asian Americans of their lives, their livelihoods, and their history. We must follow their lead and let Asian Americans claim their right to a violence-free future.

A version of this article was posted on savecantonese.org. Visit the Save Cantonese website for more information on the campaign to safeguard access to Cantonese language education at Stanford University and beyond.

Dr. Jamie Tam is an assistant professor at the Yale School of Public Health and Stanford alumna, Class of 2010.

Kevin Hsu graduated from Stanford with undergraduate degrees in Earth Systems and International Relations and a Master’s in Civil & Environmental Engineering.

Tao Large is a PhD Candidate in the Stanford Department of Chemistry.

Vicki Sun graduated from Stanford with an undergraduate degree in Comparative Literature and a Master’s in International Education Policy and Evaluation.

Maciej Kurzynski is a PhD Candidate in Chinese at Stanford.

Ryan Talvola is an undergraduate economics student at UCLA.