“Two Dreamers” is a Captivating Exploration of the Asian-American Experience

“TWO DREAMERS”, Kenneth Takanami (FKA Exitpost)’s most recent album release, is a fascinating exploration of cultural discord and the Asian-American experience. Takanami, who is Japanese-American, says that “I’ve always felt unsure which identity I’m closer to. Making music brings me a little closer to figuring it out.”

His Los Angeles-based label, Zoom Lens, describes this, writing on their website that “Takanami experienced recurring dreams throughout childhood where he’d wake up in Tokyo panicked, unable to return back to New York. Upon recent visits to Japan, he began experiencing the reverse – recurring dreams where he’d wake up in New York, unable to return to Japan.” 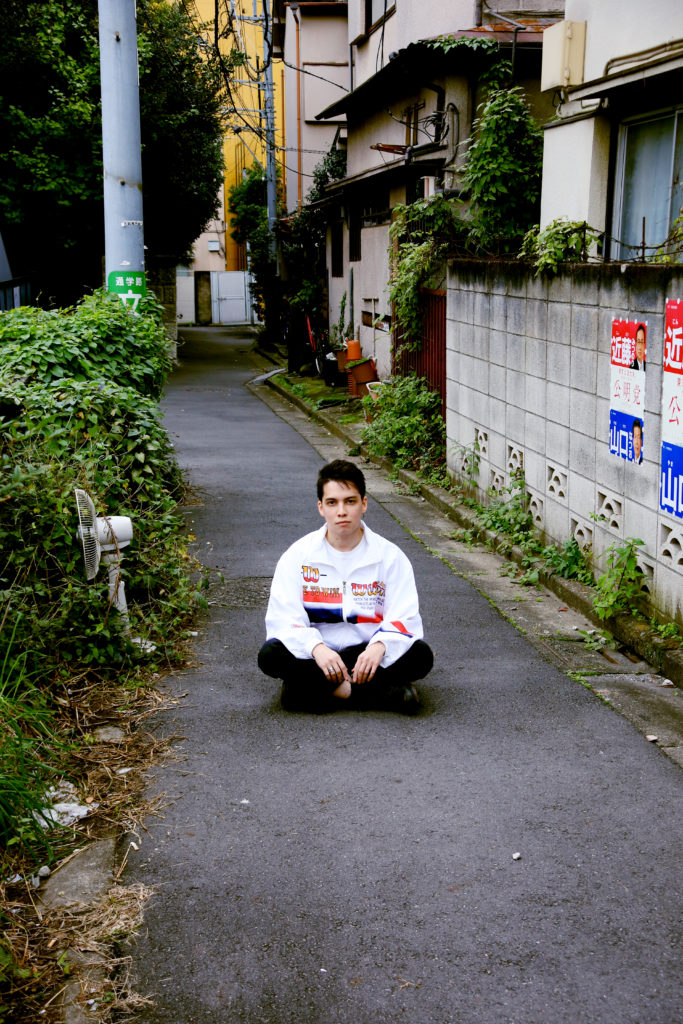 Photo courtesy of the artist

This album brings that alive, with the title “Two Dreamers” already invoking this concept of recurring dreams arising as a result of cultural discord, being split across oceans, across cultures and across continents. The album opens with “Everyday is About You”, featuring vocals by Hinako Matsumoto, starting off ethereal and cinematic, slowly shifting into a different beast entirely–a fast-paced electronic banger firmly rooted in the LA electronic scene that is interspersed with traditional Japanese instrumentation. The song begins and ends with an English and Japanese sentence, with subtle shifts in phraseology representing the discord between Takanami’s American and Japanese identity. Says Takanami, “the inflections from the beginning and end…are meant to feel like bookends, like a hello and a goodbye”.

The rest of the album is diverse in its sound and is all the better for it. Cuts like “Kameari Mode”, which pays tribute to Takanami’s place of birth, emulate the same battle between his Japanese and American side, slowing down and speeding up in intensity, with bright and bubbly melodies giving way to flute instrumentation. “Anata”, one of the most aggressive, fast-paced tracks on the album, switches back and forth in a similar style, between Japanese instrumentation and fast-paced electronic sound.

“New Moon Phase” and “Close To Me” are primarily electronic in their sound, but feature guest vocalists New York vocalist Hanaé and Japanese singer Unmo, who further explore this cultural discord through their lyricism. Takanami explained that “New Moon Phase” was made during “a couple of in-person sessions at Splice’s studio”, Splice being the royalty-free loop music platform where Takanami works. The vocals for “Close To Me” were recorded remotely, as Unmo is based in Japan. He added that, “Unmo and I have worked together a lot (she featured on a 2016 EP, Nami, released by Exitpost) and her contributions are always super special.”

These tracks give way to slower-based songs “You Caught the Butterflies in My Stomach”, which features Korean-American vocalist ESAE, and “Dream of Home”, the closing track. In both singles, ambient sounds from Japan recorded by Takanami in the field are complemented by beautiful, heart-stirring piano melodies. “You Caught the Butterflies in My Stomach” is complemented by the same shimmery production that binds a common thread around the whole of the project as well as prosaic, bewitching vocals by ESAE, and “Dream of Home” is all the stronger for its minimalism. It is a fitting close to the project, ending with Hinako Matsumoto declaring in English, “We were two dreamers. Everyday, you dream of home. And everyday, I dream of you”.

This kind of longing, holding out an outstretched hand full of hope into the empty abyss ahead is something that is prevalent in this body of work. The rousing, aggressive singles, offset by quieter, softer, more beguiling moments, express the Asian-American experience perfectly through the medium of music. As Takanami confides, “Growing up mixed race is complicated…I always felt like not knowing where is “home” is central to a lot of the Asian American experience”. He adds that, being both Japanese and American, “You feel a duty to partake in the conversation around race, identity, representation while seriously benefiting from your own experiences of privilege too”.

This is even more relevant in light of the events of the past two months. The tragic murder of George Floyd by a white police officer in late May triggered nationwide protests; millions marching on the streets in anger, demanding systemic change in the United States to end institutionalized discrimination against people of color, particularly Black people. But it also prompted an introspective examination of Asian-American anti-Blackness. The Asian-American Commission argued there are “deep roots of anti-Blackness within the AAPI [Asian-American and Pacific Islander] community”, a statement which proved extremely controversial. 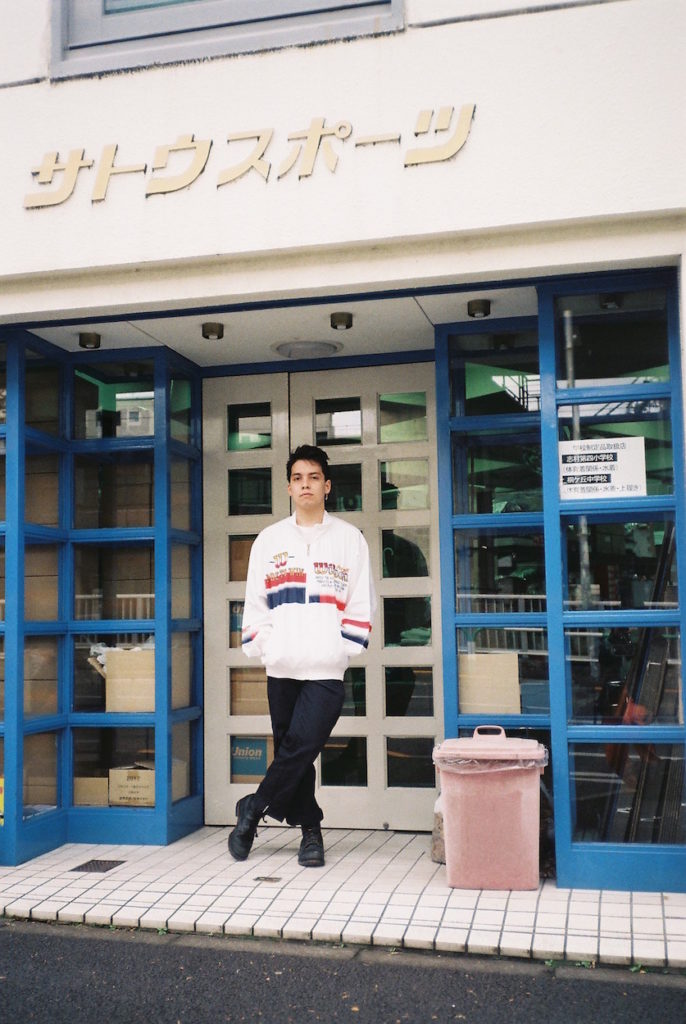 Photo courtesy of the artist

Pulitzer-prize winning Asian-American author Viet Than Nguyen wrote an exhaustive opinion piece in TIME Magazine in which he said that “Asian Americans are caught between the perception that we are inevitably foreign and the temptation that we can be allied with white people in a country built on white supremacy.” Takanami was quick to agree, asserting that the AAPI community has “by nature of our existence… always sided with white supremacy”. He advocates for “solidarity over sympathy, organization over anger, radicalism over incrementalism, and […] socialism over capitalism”. He adds that he believes the United States must “abolish police and prisons, destroy the corporate ruling class, and create an equitable society”.

Returning to his roots, Takanami describes his birth-place, referenced in the eponymous track “Kameari Mode”, as “a pretty quiet suburb”. He says that the Japanese side of his family is “pretty musical”, with his grandparents playing the shamisen and mandolin.

“After my family moved to the US, we’d go back each year and spend a lot of time just walking in the parks, biking by the water, and also seeing places like Atami and Nikko with hot springs and lots of greenery. A favorite part of my childhood was the bon odori festivals, which are a summer festival with a taiko band playing traditional instruments”. Through his music, he says, he is “trying to recapture the nostalgia of my childhood”, combining traditional Japanese instruments, harkening back to his grandparents’ lives, and blending it with the LA music scene into a “confusing mess, just like my own identity”.

Over the decades, there have been many outlets through which Asian-Americans discuss the Asian-American experience, of feeling lost, not knowing where “home” is, and not feeling accepted in American or Asian society. This is the common thread that runs through literature by Cynthia Kadohata, Catherine Chung, and Loung Ung, to music released by 88rising, described by the New Yorker as “making a place for Asians in hip hop”. Takanami’s album should be regarded in the same breath as the above; from its narrative to its sound, it is arguably one of the most underrated albums released in recent memory.