A Shared Logic Between the Pro-Unification Left and KMT Apologists?

SPARKING OFF the controversy, Zhao Gang (趙剛)—an old-school hardliner of the pro-unification Left and a vocal critic of independence-leaning social movements in recent years as the Sunflower movement—would assert in an article that the author Chen Yingzhen has been displaced from the contemporary definition of “Taiwanese literature” but that in Chen Yingzhen (陳映真), one can find the continuation of the May 4th tradition of Lu Xun (魯迅). This led to a series of reactions from scholars Zhu Youxun (朱宥勳), Yang Cui (楊翠), and others who have been supportive of independence-leaning social movements in recent years. In particular, Chen Yingzhen is frequently appealed to by members of the Taiwanese pro-unification Left as a source of inspiration and moral exemplar, given Chen’s Leftist political views and sense of Chinese identification. Lu Xun, the “founding father of modern Chinese literature”, is similarly appealed to by Chinese nationalists of a Leftist bent as a source of inspiration.

In his response, Zhu Youxun accused Zhao Gang of ignoring Taiwanese literature entirely by seeking to subsume Chen back into something traditionally Chinese, as would befit Zhao’s pro-unification views. As Zhu phrased it, this would be by seeking to arrogate Chen into the tradition of Chinese May 4th thinkers and by taking concern with only Chen, ignoring all other Taiwanese writers as having no worthy contributions to make. Zhu also accused Zhao of tailoring Chen Yingzhen to suit his ideological specifications in, for example, his claims that Chen Yingzhen is not a “modernist”. Though it is debated as to how to categorize Chen, Zhu’s accusation was that Zhao Gang advanced this claim only because “modernist” is a term which has negative connotations for Zhao as something associated with the decadent capitalist West and so Zhao’s version of Chen necessarily must not be a “modernist”. 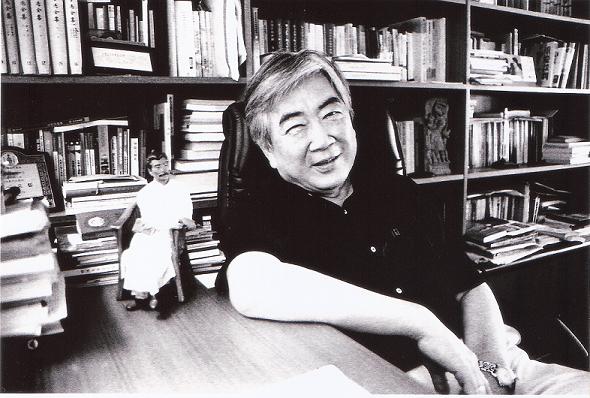 Zhao would later respond by accusing Zhu of being uncritically pro-western in his support for pro-independence social movements as the Sunflower movement and claiming that, after angry responses against Zhao on the Internet, that now he understood the feelings of Lu Xun in having to weather the angry responses of critics after making provocative assertions. The historian Yang Cui, who asserts the plurality and multicultural nature of Taiwanese society in her work and is the mother of notable Sunflower movement activist Wei Yang, would later state on Facebook that she found it sad that Zhao, after having been born in and spent his entire life in Taiwan, while still living in Taiwan would continue pursuing a phantasmal ideal of China.  As she stated, if so, “Why not go to China to make friends there?” (“那就到中國去尋找知音”).

In response, Zhao would accusing Yang Cui of facile argumentation and expressing a sense of betrayal that Yang Cui, the granddaughter of a hero of the “War Against Japanese Aggression”, would make such arguments, which he saw as farcical in betraying China. Zhao also accused Yang of stating that she wished to drive him out of Taiwan with the statement “Why not go to China to make friends there?” which was for Zhao a sign of anti-Chinese sentiment. This prompted a long rebuttal from Yang, responding that Zhao was mischaracterizing her statements to slander her and that she could hardly be called “anti-Chinese”, seeing as she is willing to engage in dialogue with scholars from any country, whether from China, Japan, South Korea, the US, or elsewhere. Zhao would respond by attributing Yang’s views to her motherly love as the mother of a prominent youth activist and refusing to walk back his accusations against Yang.

Is the Zhao Gang Controversy Revealing of A Shared Logic Between the Pro-Unification Left and KMT Apologists?

CONTESTATION ABOUT the relation of Chinese language literature which may not necessarily originate from China itself has been a debated topic in recent years.  We see this, for example, in contestation over the theoretical term “Sinophone”—a term formulated to describe literature produced in the Chinese language which might not necessarily be from “mainland” China. But reflective of political concerns about Chinese-speaking countries and territories as Hong Kong or Taiwan, which are at threat from having their political autonomy eroded by China, some argue that literature from China should not be included within the term “Sinophone” rather than that the term should refer to all Chinese language literature.

But the flip side of argumentation as Zhao’s is that arguments from theorists as David Der-Wei Wang that Taiwan preserves the cultural essence of Qing China which China lost after its fall to the Communist Party sound quite similar in seeking to arrogate Taiwanese literature to Chinese literature. Wang’s claim, which uses the concept of the Sinophone, is that Taiwan preserves the original essence of China in the Qing dynasty which was lost after the May 4th thinkers sought to overturn Chinese tradition in its entirety—and that the totalizing attempt to discard traditional Chinese culture by May 4th thinkers was what led to the barbarities perpetrated by the Chinese Communist Party through the Great Leap Forward or Cultural Revolution. That this is more or less what the KMT asserts about Taiwan is not surprising, given Wang’s waishengren background and reported descent from members of the KMT. 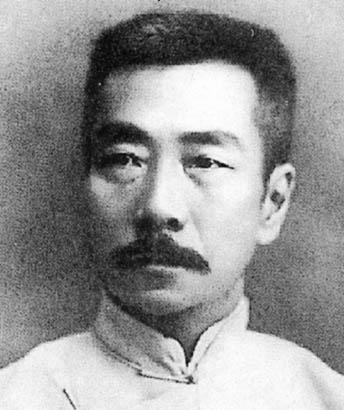 Indeed, Zhao Gang’s China-centered nationalism as undergirding his political claims is also quite visible in how he at some points compresses together traditional Chinese thought with the May 4th thinkers who sought to overturn traditional Chinese thought, never mind the disjuncture. Yet this underlying logic would not be any different from that of Wang, who otherwise opposes the May 4th thinkers, since the overall priority continues to be to subsume “Taiwanese literature” into “Chinese literature”, except that for Wang, the attempt is made to claim that Taiwan continues the “originary” essence of China by continuing the ”repressed modernities” of China that were cut off after the fall of the Qing dynasty.

We can also find similar logic in that Wang, who militates against PRC “Chinese literature,” targets Lu Xun as an object of critique with the view of Lu Xun being the symbolic father figure of PRC literature. Thus, it may seem for Wang that the critique of Lu Xun can accomplish the critique of PRC literature writ large. It is for similar but opposite reasons that Zhao venerates Lu Xun, also with the view that Lu Xun is the symbolic father figure of Chinese literature, but praising Lu Xun on those grounds because of his political approval of the PRC just as Wang condemns Lu Xun because of his political disapproval of the PRC. Both Wang and Zhao share this reductive sense of essentialism about what is “Chinese.”

In the case of Zhao Gang, a vocal critic of the Sunflower Movement, it is actually a question as to why anyone takes him seriously in the present given some of the outright lies he has asserted in recent years. Zhao has claimed that during the Sunflower Movement’s Legislative Yuan occupation and the later Ministry of Education occupation, “Taiwanese independence and anti-Communist slogans” were everywhere on-site (“到處是台獨反共標語”). This would be a complete lie—as photographic documentation of the Sunflower Movement and Ministry of Education occupation or anybody who actually visited the occupation site can attest to, if there were surely some such slogans on placards, “anti-Communist” slogans, “anti-China” slogans—or even Taiwanese independence slogans—were hardly as ever-present as Zhao would like to claim. Rather, most slogans were against the KMT government, or against the “black box” actions of the Ma administration. But in general, this would be part of the continued decline of the pro-unification Left, increasingly detached from reality as it is.