HAVE YOU EVER seen a YoungBong (YB) or Juu4E music video? If you’re reading this, probably not. These low-budget yet extremely popular videos consist of heavily tattooed members of the Thai underclass messing around to hip hop/trap music shot in $10 a night hotels. They rack up millions of views and, to casual observers and fans alike, these artists speak to a fun sense of nihilism and rejection of participation in mainstream Thai society. However, this culture and its message, which so far has been almost totally ignored by the mainstream, is by far the most radical and transformative political interpretation of the nation. To truly understand this, this video for Klong Toey is a must-watch. 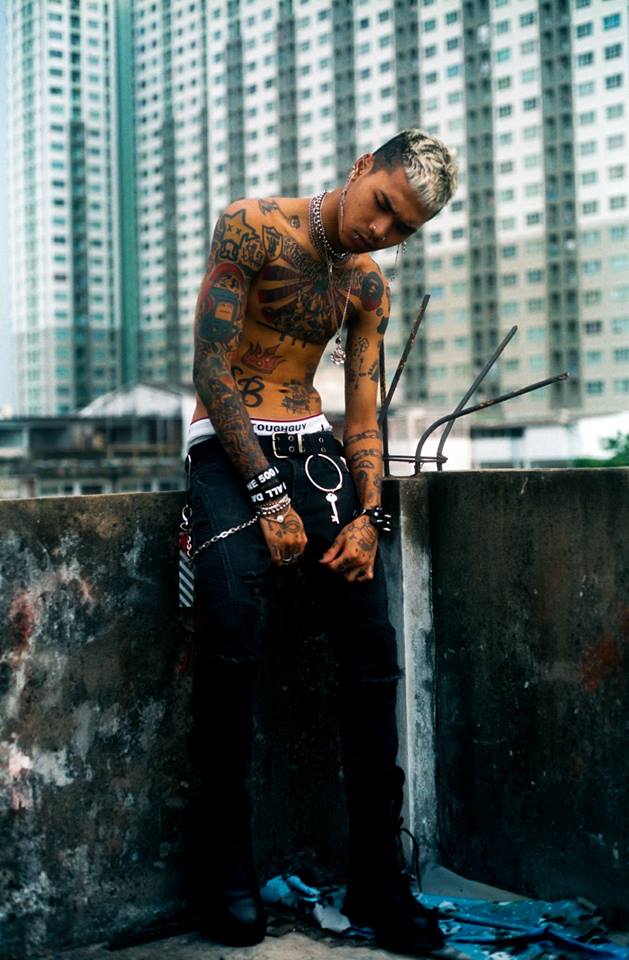 Last year the Rap Against Dictatorship video kicked up a huge storm, gaining international attention and spurred dozens of think pieces from across the spectrum of Thai politics. Most focused on the ‘radical’ message of the video and lyrics, which describes a corrupt nation gripped by the military and silenced by a lack of freedom of speech. Since then the success of political newcomers Thanathorn Juangroongruangkit and his Future Forward party has led to a nationwide dialogue on the intergenerational culture war between young reformers and the institutional old powers.

The success of these so-called radical voices, from Thanathorn to Netiwit Chotiphatphaisal can no doubt be attributed to their excellent articulation of the frustration felt by many young middle-class Thais whom, holding university degrees in social sciences or arts, can see through the institutionalised nationalism and hierarchical dogma of Thai society.

What Future Forward has demonstrated is that tapping into certain overlooked demographics is how political newcomers can gain real power. This has been the story of the past half-decade. We can see this in examples ranging from the success of Trump to Macron and Jeremy Corbyn.

In Thailand, these newcomers and their message have petrified the ruling class, leaving the electoral commission scrambling to dissolve Future Forward Party and leading to a brief (unsuccessful) attempt to ban the Rap Against Dictatorship video by Prime minister Prayut Chan-O-Cha. 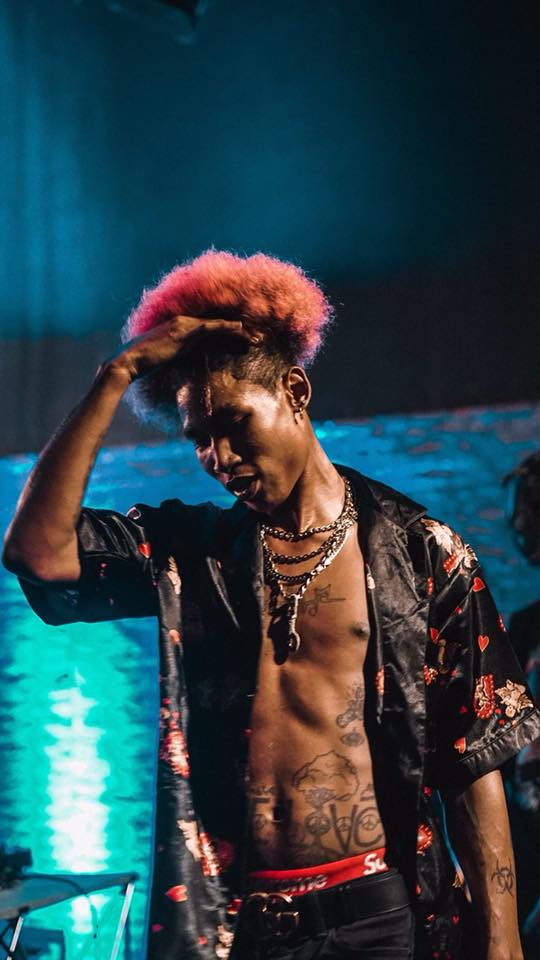 However hovering below this well-educated and articulated vision of society exists its radical underclass cousin, who holds no university degree, and owns no shirts and no shoes—whose view of the world cuts far deeper into the nation’s heart, to its systematic oppression, exploitation, and corruption. This is a demographic that doesn’t have the vocabulary or means to directly express itself. Their disdain for the dominant “high-society” culture is self-evident through their lifestyle, for in Thailand there exist very little means of protest other than to get face tattoos, take drugs and make trap music.

Safe to say these are not the Future Forward demographic. To them, a more liberalised society offers little in the way of radical change from their economic and social deprivation. As such, there has been no outreach from Future Forward to engage with them or vice-versa.

This underclass is nothing new. In the West, such dynamics came to prominence through the punk movement in the 1980s. However, like all culture under neoliberalism, punk was gradually made palatable to the middle class, broken down, commodified and sold back to the mainstream culture at large. This phenomenon repeats itself the world over and is already starting to happen with Thai trap music and culture. The more clean-cut rapper Youngohm, for example, went from obscurity to a chart-topping artist in the space of a year, his breakout song garnering far more views than Rap Against Dictatorship.

For the time being, however, the Thai underclass remains a base rich for political tapping. As well as lyrics about drugs and girls, many songs focus on the lack of opportunities, poverty and, by association, class consciousness. Klong Toey, by 19TYGER x H3NRI, is a prime example. In Klong Toey the artists vividly describe their lifestyles growing up in the notorious slum from which the song takes its name, they speak of their struggles with poverty and social exclusion. 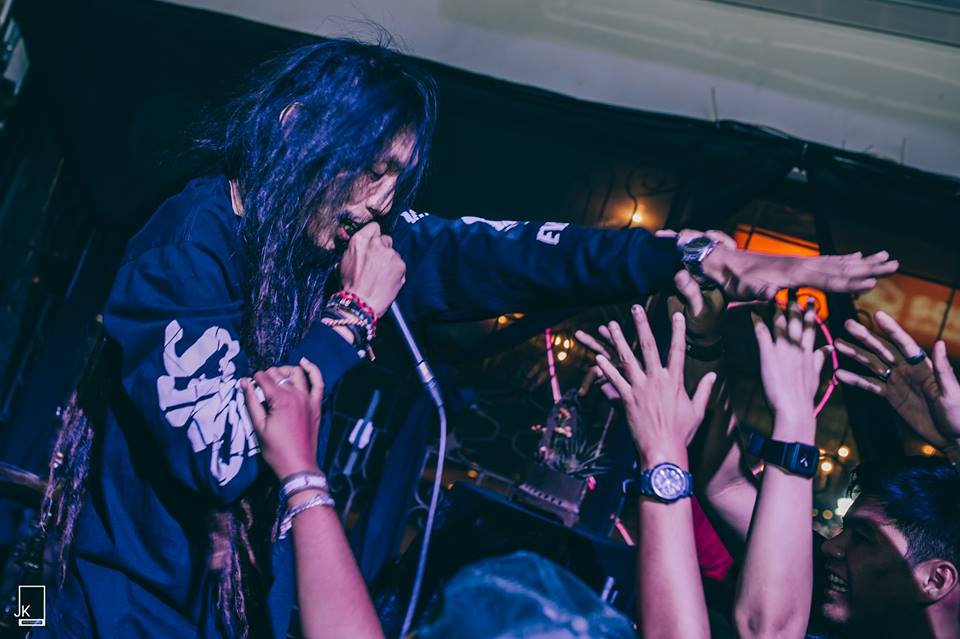 While the musical styles are miles apart, revolutionary communist and protest artists from the late ’70s like Caravan and early Plerng Phue Chiwit used the exact same story-telling techniques in their music. These artists and their listeners, both in the ’70s and today, make astute social observations on the inequality they suffer from. These grievances, when tapped into, can lead to real radical change. As demonstrated by the Plerng Phue Chiwit generation, when the last time this happened it inspired a Communist revolution.

Much has changed, however, for the underclass since the 70’s. A deeper sense of nihilism and despair has become apparent, in no small part due to Thailand’s humongous prison population, (which ranks 4th in the world for incarceration rate). As a young working-class person, it’s far too easy to end up with a severe and lengthy prison sentence. This and the increased urbanisation of the Thai working class, as well as the cultural influence of globalisation has led to a shift to a more nihilistic ideology and its expression—yet the key themes of economic and social oppression remain the same.

As for the political future of this culture, there is none. There is clearly a hunger for change out there in millions of people from both the middle classes and the underclass. However, one can just look at what happened last time when people got swept up in a big idea about change—there was a bloody civil war and a communist insurgency that lasted for decades.

That’s why for the middle classes Thanathorn is so appealing, because he envisions a society where the banks are a little nicer and the military are more respectful. It’s a better world, but not a dynamic vision of a different future. Those in the middle classes have far too much to lose to be caught up in anything more radical. On the other hand, there are the millions of people out there in the underclass who feel they have nothing to lose and right now there is nobody leading them. 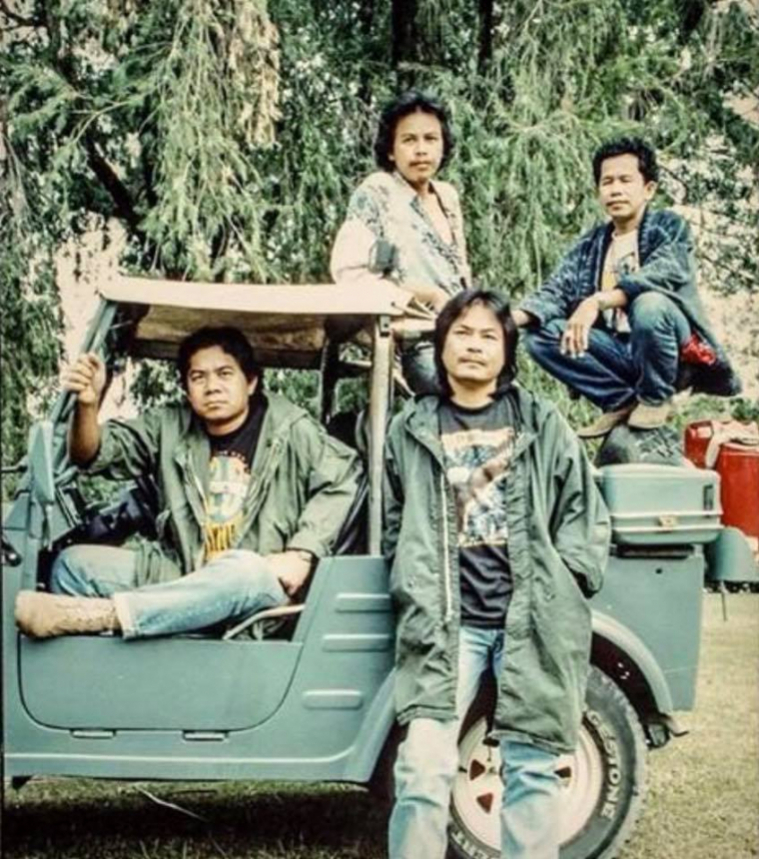 While Future Forward and Rap Against Dictatorship take the plaudits for being the radical new face of Thai politics, this underclass culture will inevitably continue to be maligned and ignored until it becomes normalised and mainstreamed for the middle classes to consume. As a political base they will continue to be overlooked and suffer from no political representation. That is, of course, unless there is a working class Thanathorn-like figure brave enough to try and politicise the nihilists. Perhaps in the future a contemporary ‘Nga’ Caravan will appear to become a real radical threat to the Thai high institutions. Until then, this underclass will continue to do what they do best: Living life one day at a time, taking drugs, and making music.