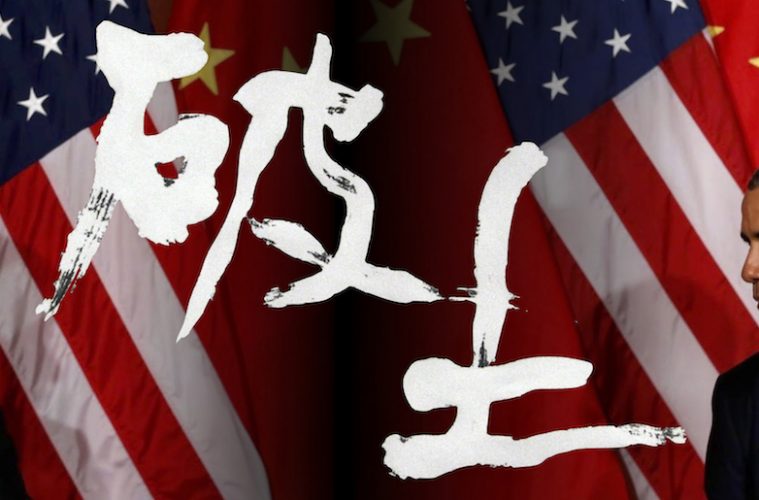 CROSS-STRAIT RELATIONS BETWEEN TAIWAN AND CHINA

LOOKING BACK ON THE CHU-XI DEBACLE The talk of all Taiwan of late has, of course, been the meeting between KMT Chairman Eric Chu and Chinese President Xi Jinping on Monday. The meeting was from beginning to end an object of much speculation, drama, and hype, having been preceded for months by an elaborate amount of back and forth pageantry between the KMT and CCP about whether to not the meeting would take place. After the meeting finally happened, an enormous amount of commentary was produced speculating as to its broader implications. We might look back on the whole sordid affair. It would seem after the Sunflower Movement, the actions of the pro-unification Left in and outside Taiwan has become increasingly aggressive in its criticisms and attacks conducted on Taiwanese civil society. Namely, what is aimed for by these groups, mostly Marxist or socialist in orientation, is the establishment of a single socialist nation, inclusive of China, Hong Kong, and Taiwan. We might venture a criticism of our own. AT HEART, WHAT ARE THE FEARS OF THE PRO-UNIFICATION LEFT? 2016 ELECTIONS IN TAIWAN AND THE US ELECTORAL POLITICS FOR 2016 IN THE US AND TAIWAN

Though it proves too early to forecast the results of 2016 elections in either Taiwan or America, we might use this time to provide some sketches as to how elections are shaping up to be at this juncture. Namely, we might point towards a homology between the situation in America and in Taiwan. Broadly, we might point towards the structural condition between two-party liberal democracies that operate under a free market economic system as the reason for similarities between the situation in Taiwanese and American elections.

WHAT WAS THE OTHER SIDE OF TSAI ING-WEN’S VISIT TO THE UNITED STATES? DPP presidential candidate Tsai Ing-Wen’s recent twelve-day tour of the United States has been hailed as a success, not only by her supporters, but also by outside commentators. Certainly, while the purpose of Tsai’s visit was in part to raise the international profile of her campaign among overseas Taiwanese and Taiwanese-Americans, we might also point towards the integral importance of the meetings that took place between Tsai, American senators, and government officials. Namely, Tsai had a need to meet with American government officials and convince them that she would not be disruptive to regional stability. In her thirty minute long speech in New York City, which was attended by over a thousand, Tsai spoke of her admiration to New York City as a “city where dreams come true,” her willingness to work with the rising Third Party movements in Taiwan, and a growing “new Asian value of democracy” that is championed by Taiwan. Granted that this particular speech is not designed for a disposition of policies, Tsai’s speech still lacked any concrete substance into what makes her a suitable candidate for presidency. In the project of actively eliminating the KMT from Taiwan, civil society will have to take the leading role, but it will only be able to do so if it is able itself to arrive at the awareness of that the Hung Hsiu-Chu candidacy is reflective of the crisis of the KMT as a whole and that the Hung Hsiu-Chu candidacy is too valuable an opportunity to damage the KMT as a whole to pass up.

IN SEARCH OF LOST TIME It is remarkable at times to note the electrifying effect of foreign media on public discourse in Taiwan. How could it not, given Taiwan’s state of existential obscurity? So it is no surprise that when DPP presidential candidate Tsai Ing-Wen was featured on the cover of Time Magazine’s Asia edition, an enormous amount of discussion broke out within Taiwan about the significance of this event. Where that the fundamental assumptions that the Time Magazine article based itself off of were pro-Beijing and the majority of sources quoted took KMT talking points has been well documented. Thus, here we might concern ourselves less with the content of the article itself, but the reception of the article and what that bodes for the future of 2016 elections.

FUKUSHIMA FOUR YEARS ON IN TAIWAN AND JAPAN On March 14th, 60,000 Taiwanese took the streets across Taiwan in order to protest nuclear power. This was largely in Taiwan’s major metropolitan centers, Taipei, Kaohsiung, and Tainan. Taipei saw around 40,000, Kaohsiung 11,000, and Tainan 5,000. Smaller protests also took place in Taitung County and on the Penghu Islands, but the total amount of protestors is generally estimated to be between 40,000 and 60,000. How are to look at this in the broader context, four years after Fukushima?

HOW COULD A DEMONSTRATION OF 50,000 IN SHANGHAI NOT BE REPORTED ON IN INTERNATIONAL MEDIA? Shanghai in the last month has seen massive mobilizations, some reports of which claim that up to 50,000 participated in environmental demonstrations against the building of a chemical plant. This has not at all been reported upon in western media, although details in Sinophone media are also sparse. The past week of actions dates to June 22nd, when a demonstration in which protestors occupied the space outside the Jinshui District Government in the suburb of Jinshui, Shanghai. Protestors were demonstrating against the building of a PX chemical plant in Shanghai, despite government claims that such a plant was not being built.