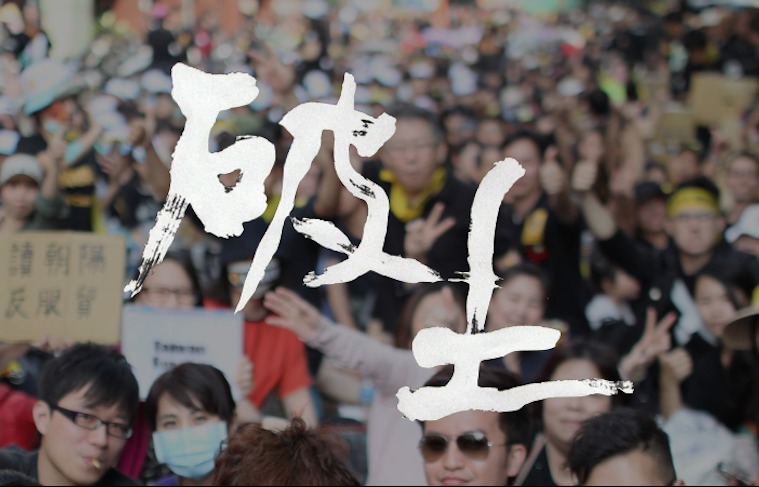 THE SUNFLOWER MOVEMENT ONE YEAR ON

A YEAR OF SUNFLOWERS? The Sunflower Movement began on March 18th, 2014, one year ago today. One year after the fact, for those of us who concern ourselves with Taiwan’s future, the verdict is clear: the Sunflower Movement made history. Less clear is what, in history, we will be able to point to as the concrete effects of the movement. In truth, it is still too early to tell. But we can examine the past year’s events as we can root them in the Sunflower Movement. POLICE VIOLENCE IN THE SUNFLOWER MOVEMENT Police violence was intimately tied up with the history of the Sunflower Movement from the beginning. The initial occupation by students on the night of March 18th, 2014 was resisted by police from the get-go. But it is as a result that police violence has also been a controversial issue, with some pointing towards the brutality of police, still others offering that police were only doing their jobs, and some pointing towards the illegality of police actions altogether. We might take a look back at major incidents of police violence. THE SIGNIFICANCE OF 330 FOR TAIWAN Despite the very transparent success of 330, another way of looking at it, 330 was a failed revolutionary situation. 500,000 had descended upon Taipei—some five percent of the Taiwanese population—but the opportunity had actually been missed where no demands were realized from the government that day. Yet how are the possibilities for Left politics in Taiwan changed after 330? With social movements, it seems that once recognition of a movement’s historical significance sets in, so, too, does the impulse to document the movement for posterity. It is from this impulse that the documentary film about the Sunflower Movement,太陽，不遠 Sunflower Occupation came into being, produced by the Taipei Documentary Filmmakers’ Union. It is as such that directors and filmmakers were among those filming the Sunflower Movement and were allowed insider access to crucial events occurring inside the Legislative Yuan. But, ultimately, the documentary may be an uneven one.

THE STRUGGLE TOWARDS LEGALIZING SAME-SEX MARRIAGE As the purpose of the transnational network of judges is to spur the exchange of ideas, it is incumbent on Taiwan’s Constitutional Court not only to provide information, but also to fully and openly contemplate opinions by other constitutional courts and engage in active discourse. Today, there are two pressing issues in Taiwan on which the Constitutional Court could fully engage in transnational conversations: the criminalization of adultery and the prohibition of same-sex marriage. The Constitutional Court will surely have to confront them soon, and it should take the opportunity to deliberate on the global jurisprudence that has developed in recent years that has decriminalized adultery in the vast majority of the world and legalized same-sex marriage in an increasing number of jurisdictions.

FUKUSHIMA FOUR YEARS ON IN TAIWAN AND JAPAN On March 14th, 60,000 Taiwanese took the streets across Taiwan in order to protest nuclear power. This was largely in Taiwan’s major metropolitan centers, Taipei, Kaohsiung, and Tainan. Taipei saw around 40,000, Kaohsiung 11,000, and Tainan 5,000. Smaller protests also took place in Taitung County and on the Penghu Islands, but the total amount of protestors is generally estimated to be between 40,000 and 60,000. How are to look at this in the broader context, four years after Fukushima?