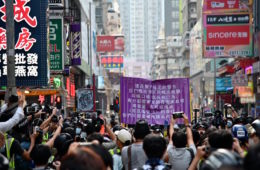 Brian Hioe09/07/2020
Protests took place in Hong Kong yesterday, on the day that Legislative Council elections were originally supposed to take place before the announcement in July that elections would be delayed for a year... Read More
EnglishSelf-DeterminationSeptember 2020Social MovementsYouth Movements0 Comments 06 min read 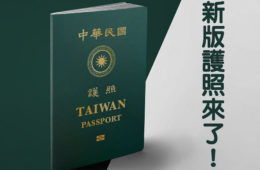 Brian Hioe09/05/2020
The Ministry of Foreign Affairs revealed a new design for the Taiwanese passport on Wednesday. The new passport design was unveiled under the auspices of preventing confusion between Taiwan and China, a particularly salient issue during the COVID-19 pandemic. The Tsai administration cited cases of Taiwanese travelers being mistaken for Chinese travelers in the course of the pandemic—due to the words “Republic of China” on the passport—to justify the change... Read More
EnglishFeaturedPoliticsSeptember 20200 Comments 07 min read 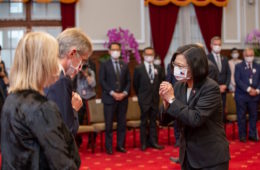 Brian Hioe09/04/2020
A visit by an 89-member diplomatic delegation from the Czech Republic to Taiwan came to an end tonight, with members of the delegation departing Taiwan. Among the delegation were Czech Senate president Milos Vystrcil and Prague mayor Zdenek Hrib. The delegation arrived on Sunday before departing today, staying a total of six days... Read More
August 2020EnglishFeaturedPolitics0 Comments 06 min read 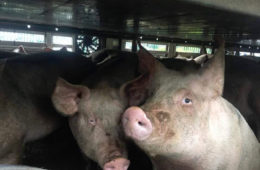 Brian Hioe09/03/2020
The Tsai administration surprised last week, with the announcement that it intended to open Taiwan up to beef and pork imports from America. The move is one which is clearly aimed at removing one of the major political hurdles to a bilateral trade agreement with the US, the US having made this into a precondition of a bilateral trade agreement with Taiwan for well over a decade... Read More
EnglishFeaturedPoliticsSeptember 20200 Comments 08 min read 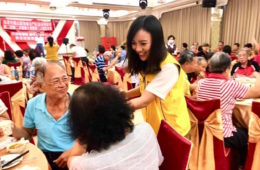 Brian Hioe09/02/2020
The NPP saw its central committee elections last week, with a three-day voting period ending on August 27th, and results announced on August 28th. However, after a month that saw a series of departures from the party, the voting process again saw controversy after Kaohsiung city councilor Huang Jie abruptly withdrew from the party on August 26th, when the party was still in the middle of its voting. The final results led to Kao Yu-ting's elections as party chair... Read More
EnglishPoliticsSeptember 20200 Comments 07 min read 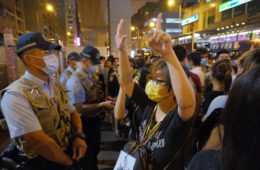 Brian Hioe08/28/2020
A dispute regarding COVID-19 testing recently broke out between the Changhua county government, and the Centers for Disease Control, the national body under the Ministry of Health and Welfare that coordinates Taiwan’s fight against COVID-19... Read More
August 2020EnglishPolitics0 Comments 08 min read 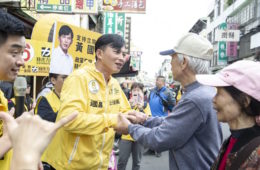 NPP Central Committee Election Off to a Rocky Start, With Further Controversies

Brian Hioe08/25/2020
The NPP has continued to see controversy, with the departure of city councilor Tseng Wen-hsueh after a purported recording of an internal meeting was leaked on a Facebook page... Read More
August 2020EnglishPolitics0 Comments 08 min read 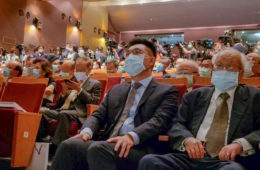 Brian Hioe08/24/2020
The KMT continues with its efforts to tar the DPP as an authoritarian party, as reflected in a number of recent actions. This is, of course, highly ironic for the KMT, which itself ruled over Taiwan for decades during the authoritarian period, which once saw the world’s longest martial law period... Read More
August 2020EnglishPolitics0 Comments 05 min read 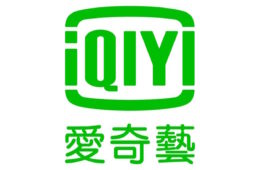 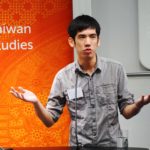 Brian Hioe is one of the founding editors of New Bloom. He is a freelance writer on social movements and politics, as well as a translator. A New York native and Taiwanese-American, he has an MA in East Asian Languages and Cultures from Columbia University and graduated from New York University with majors in History, East Asian Studies, and English Literature. He was Democracy and Human Rights Service Fellow at the Taiwan Foundation for Democracy from 2017 to 2018.