Baodiao and the History of Postwar Taiwanese Leftist Thought

Bart Dashorst08/26/2020
Discourse in Taiwan has long been one that contrasted the pro-unification left with the pro-independence camp, implying a lack of (traditional) leftist politics on the part of pro-independence forces. This has been exacerbated by pro-unification left voices having often been given more prominence in the English-speaking world and taken as representing the Taiwanese left. Since many of these issues can be traced back to the 1970 Baodiao Movement, a preliminary look at the history of postwar Taiwanese leftism since then can help shed a light on some of the paradoxes and shortcomings of both the pro-unification left and the pro-independence camp, as well as teach valuable lessons for alternatives for a Taiwanese left moving forward... Read More
August 2020EnglishFeaturedSocial MovementsTheory and History0 Comments 040 min read 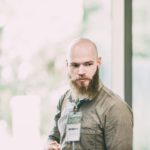 Bart Dashorst is a freelance translator and independent researcher. He has an MA in Taiwan Literature from National Taiwan University.