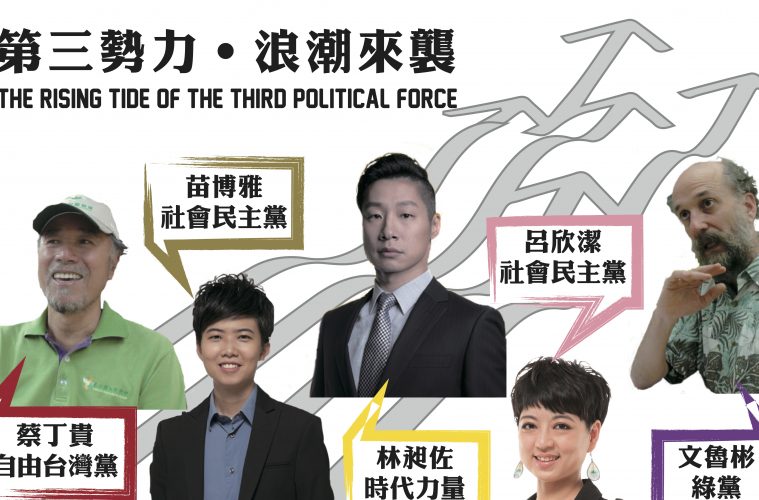 THE THIRD POLITICAL FORCE IN TAIWAN On July 9th, in New York City, New Bloom interviewed Freddy Lim of the New Power Party and lead singer of the famed black metal band Chthonic. This is part of an upcoming series of interviews New Bloom is conducting with members of third parties in Taiwan. On May 2nd, New Bloom sat down with Dr. Tsay Ting-Kuei in New York City, for an interview about the formation of the Free Taiwan Party. Hioe and Tsay then met up again in late July in Taipei, during the Ministry of Education occupation,  for some follow-up questions. This was our second interview with Tsay, the first was conducted in December of last year, also in New York City.

In early April, New Bloom interviewed the Social Democratic Party’s Jennifer Lu by Skype.This was our second interview with Jennifer Lu, we first interviewed her in August of 2014.

In late August, New Bloom interviewed social movement veteran Lee Hsing-Chang about his campaign for Taiwan’s Legislative Yuan. Lee is running as an independent candidate in New Taipei City District 9, a traditional stronghold for the KMT. Lee has fought for housing justice for over 25 years, and advocates for affordable housing as a basic human right.

In early August in Taipei, New Bloom interviewed Wuer Kaixi, longtime democracy activist and Chinese dissident known for his leadership in the 1989 Tiananmen Square protests. After studying in America, Wuer Kaixi later moved to Taiwan, where he became known as a political commentator. Wuer Kaixi recently announced that he would be running for legislator in Taichung as an independent.