Will COVID Cases Affect Perceptions of China in Taiwan?

COVID CASES are again on the rise in Taiwan, with cases expected to be on the rise over the winter. In particular, a number of cases are due to travel from China,

According to the Central Epidemic Command Center (CECC), which coordinates Taiwan’s fight against COVID-19, 17.2% of cases among arrivals from China earlier this week tested positive for COVID-19. This was 225 of 1,305 individuals. Likewise, with the reopening of the “three small links” connecting outlying islands of Taiwan to China, 7 of 37 Chinese visitors that traveled to Kinmen by ferry were found to have COVID-19. It has generally been the case in the past weeks, then, that around 20% of arrivals from China test positive for COVID-19.

The high number of cases has led the CECC to institute saliva-based PCR testing requirements for arrivals from some Chinese cities once they land in Taiwan, including Beijing, Shanghai, Chengdu, and Xiamen. Individuals that transit through Hong Kong and Macau need to provide a negative PCR test from 48 hours before arriving in Taiwan or a rapid test from 24 hours before arriving. 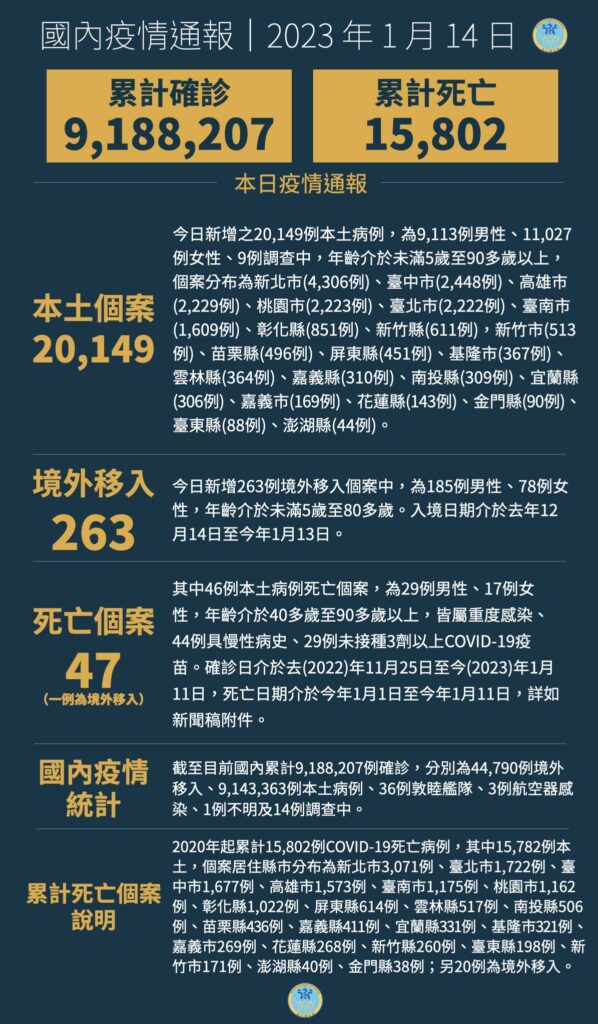 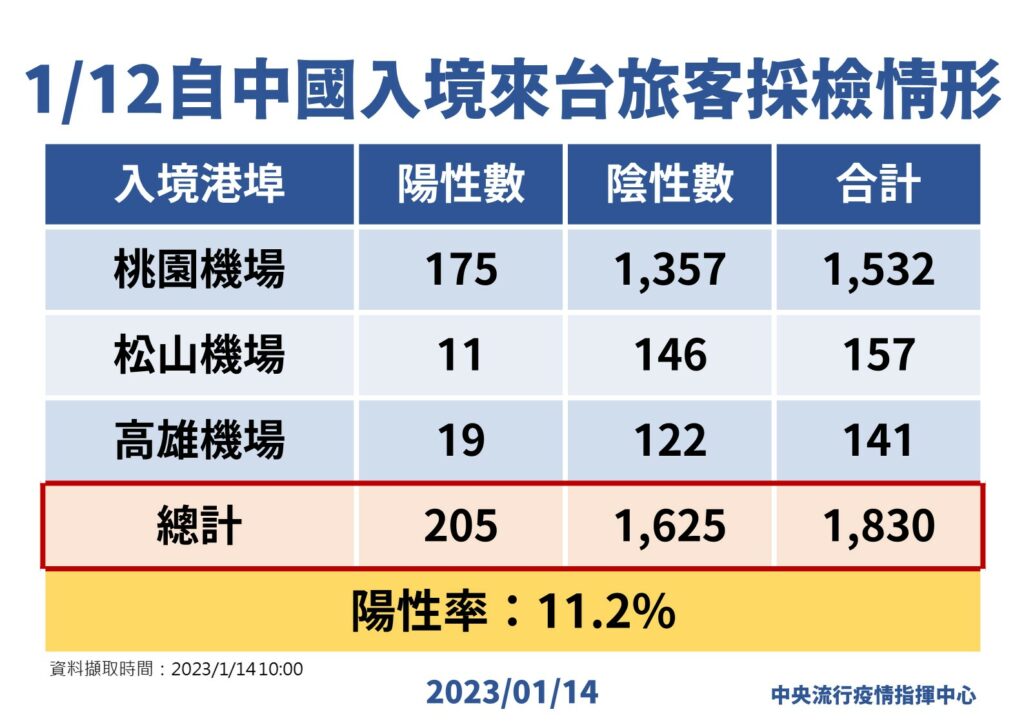 Namely, China is seeing an increase in the number of COVID cases, overwhelming hospital systems, following its transition away from COVID-zero. This took place following a wave of protests across China, such as has not been seen in decades, broadly calling for the relaxation of COVID-zero measures.

Residents of China have become tired of expansive citywide lockdowns, leading to food shortages, as well as constant testing, across the past few years. The protests were directly prompted by a fire in Urumqi in which residents of a building died because firefighters they were locked inside their building due to COVID-19 measures, as well as lockdowns that trapped workers in FoxConn facilities in Zhengzhou, leading to workers departing in waves on foot and clashing with state security forces.

The CCP relented on its dynamic COVID-zero measures after the demonstrations, likely in order to avoid the protests directly challenging its authority. This meant, however, that COVID-19 cases would increase in China afterward, with the Chinese government having failed to take measures to build up domestic medical capacity during the time bought by COVID-zero. This contrasts with the Taiwanese government, which also adhered to COVID-zero policies, but used the time bought by COVID-zero to build up sufficient capacity, and eventually was successful in transitioning away from COVID-zero and reopening its borders.

It may have been that the Chinese government did not see any need to back down from COVID-zero and to accommodate co-existing with COVID-19. This could have been a means of advantage of the pandemic in order to try and decouple China from the rest of the world in this way, and keep the domestic population inside of China. Either way, with the relaxation of restrictions, China has since reopened borders.

At the same time, the increase in COVID-19 cases in China may have actually been before the relaxation of measures. As such, the CCP may have relaxed COVID-zero in order to act as though it were listening to the demands of the public, knowing that cases would increase anyway. In this way, it could avoid blame for the increase in cases, while pinning the blame on protestors.

China has criticized countries that instituted testing requirements targeting Chinese travelers, claiming that this is discriminatory. However, it has generally avoided doing so with Taiwan. It would be harder for China to claim that this is discriminatory, given its territorial claims over Taiwan, emphasizing the view that Taiwan is part of China and that Taiwanese are Chinese. It would prove somewhat contradictory for China to claim discriminatory treatment by Taiwanese, supposedly Chinese, against other Chinese, and to hit back at Taiwan over this. 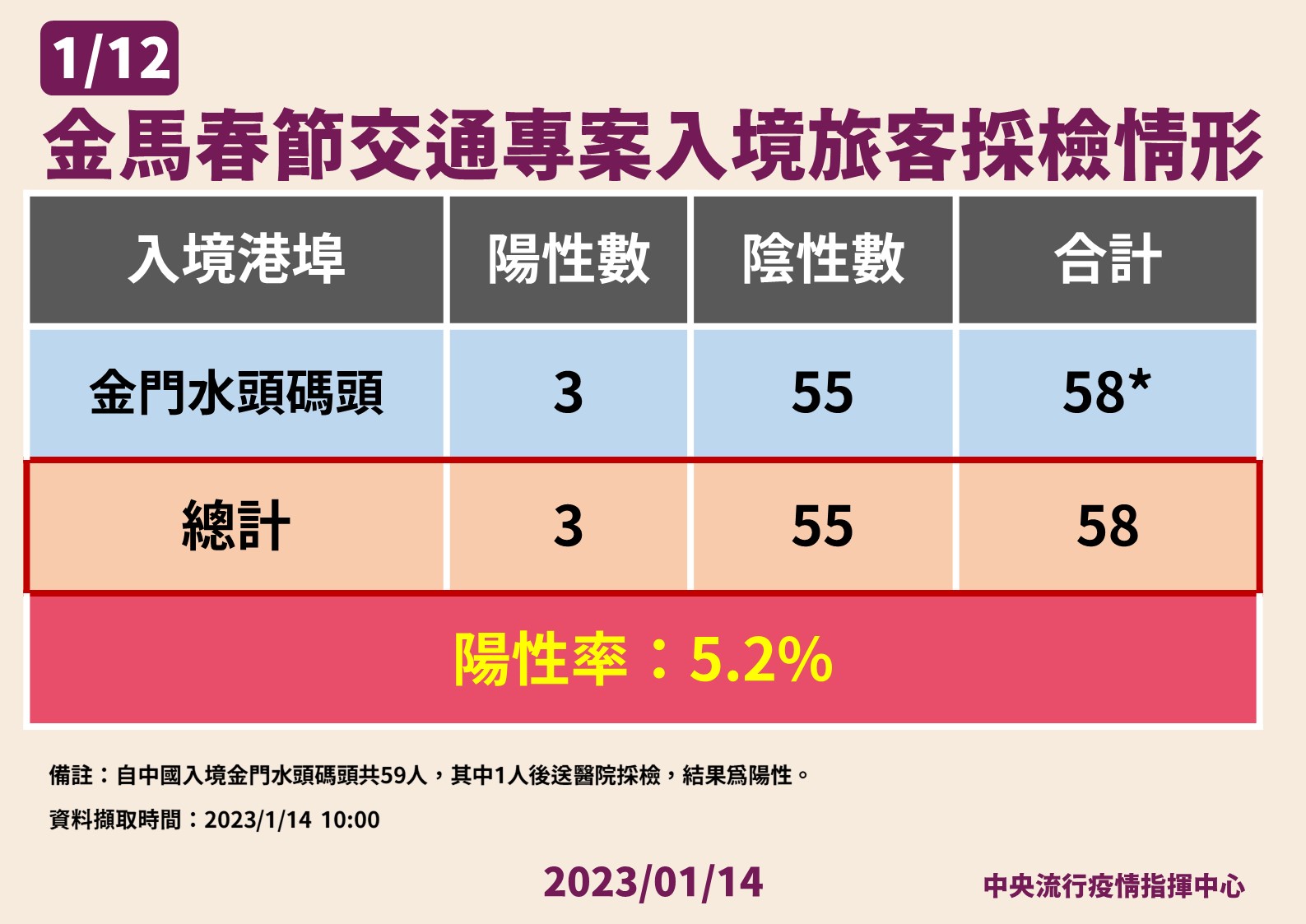 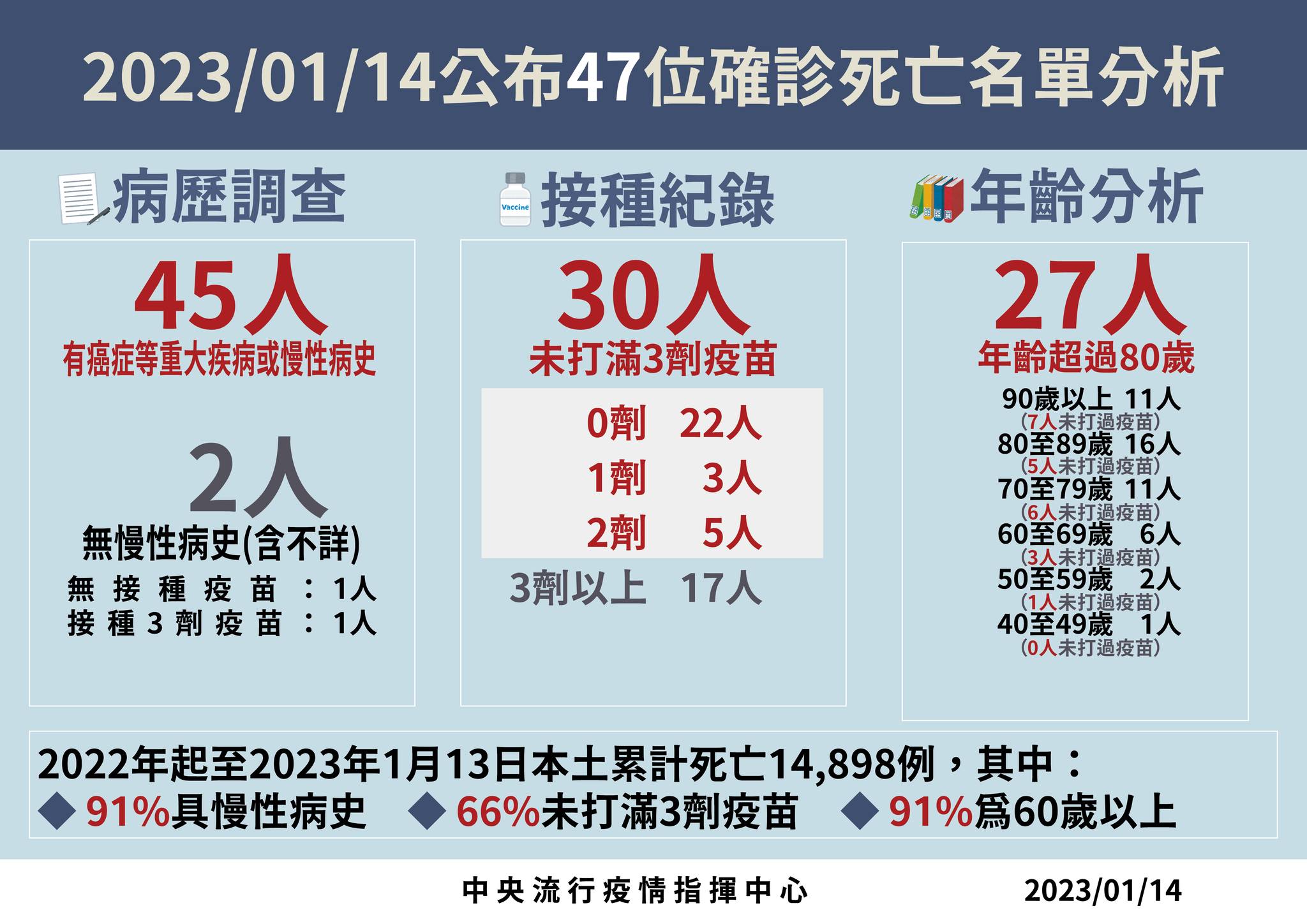 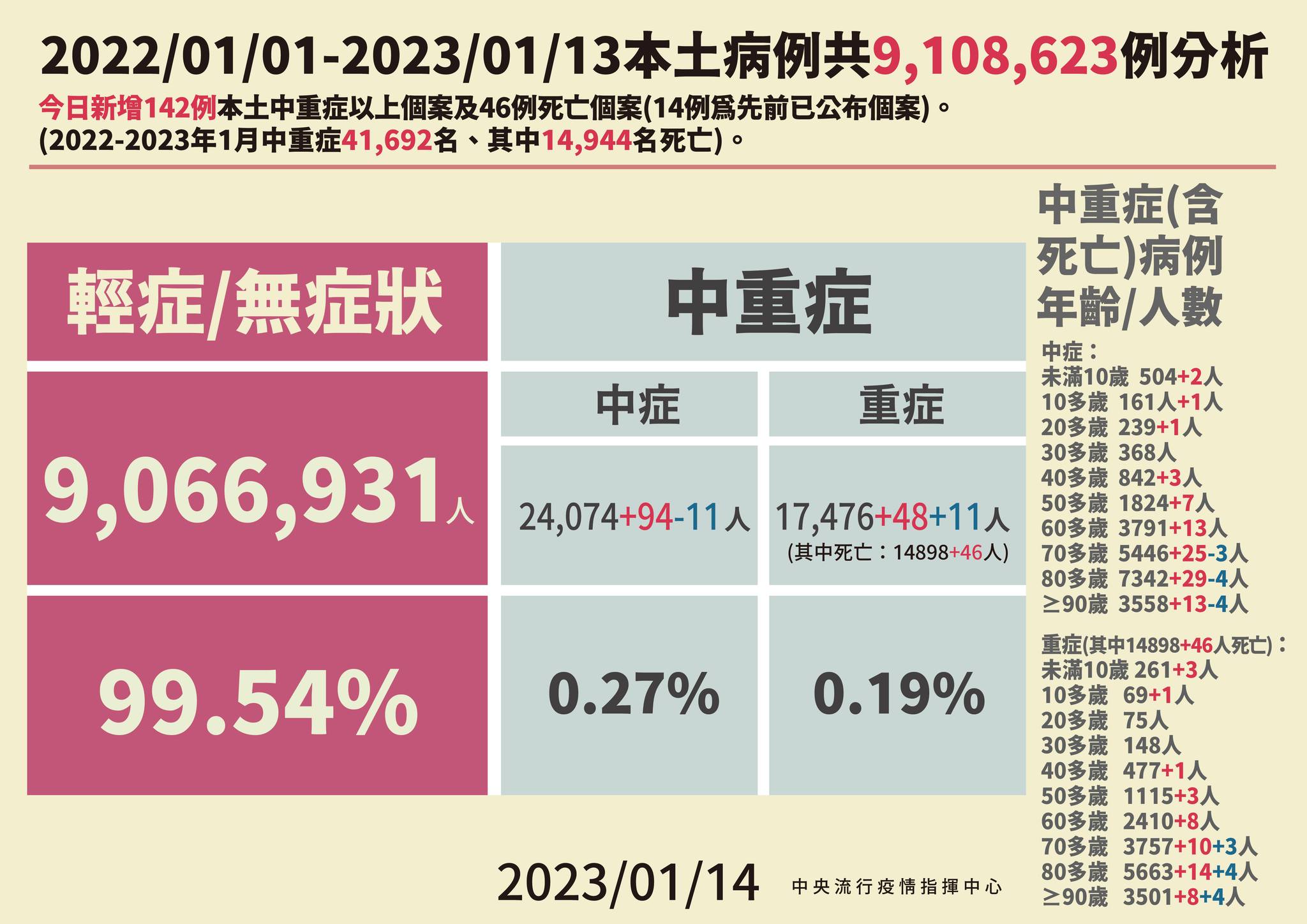 Likewise, the CCP may be aware that perceptions of China in Taiwan are likely to be affected by the uptick of cases there, dealing a blow to efforts to emphasize China as having the superior economic and political system–as evidenced in the successes of COVID-zero. As such, the Chinese government may hope to downplay the number of cases that are currently occurring there, with the Chinese government generally accused of downplaying or falsifying the number of cases.

It is clear that the Taiwanese public is concerned about the situation in China. This can be seen in panic buying of Panadol in anticipation of possible shortages due to the effects of COVID-19. It is to be seen, however, if the uptick in cases in China and potential impact on Taiwan affects perceptions of pan-Blue politicians that called for the speedy resumption of transportation links with China, such as former president Ma Ying-jeou.

By contrast, the Tsai administration has sought to take the high moral ground, in expressing willingness to provide aid to China. China is unlikely to respond to this in any positive light, however.