THE BY-ELECTION to fill the legislative seat formerly occupied by Chiang Wan-an, for the Taipei City Constituency III, consisting of Zhongshan District and northern Songshan District, took place today. The results were a victory for Wang Hung-wei of the KMT, a current Taipei city councilor, who was competing against Enoch Wu of the DPP.

By 5:20 PM, Wang declared victory in comments to the media, stating that she had already received a phone call congratulating her from KMT chair Eric Chu. Shortly after, at 5:30 PM, Wu announced his defeat, thanking voters. Though final votes are still being counted as of press time, Wang had around 60,000 votes to 54,000 votes for Wu. Wu previously competed with Chiang for the seat in 2020 but was defeated, with 99,539 votes to Chiang’s 112,784. Independent Hsiao He-lin was the third candidate. 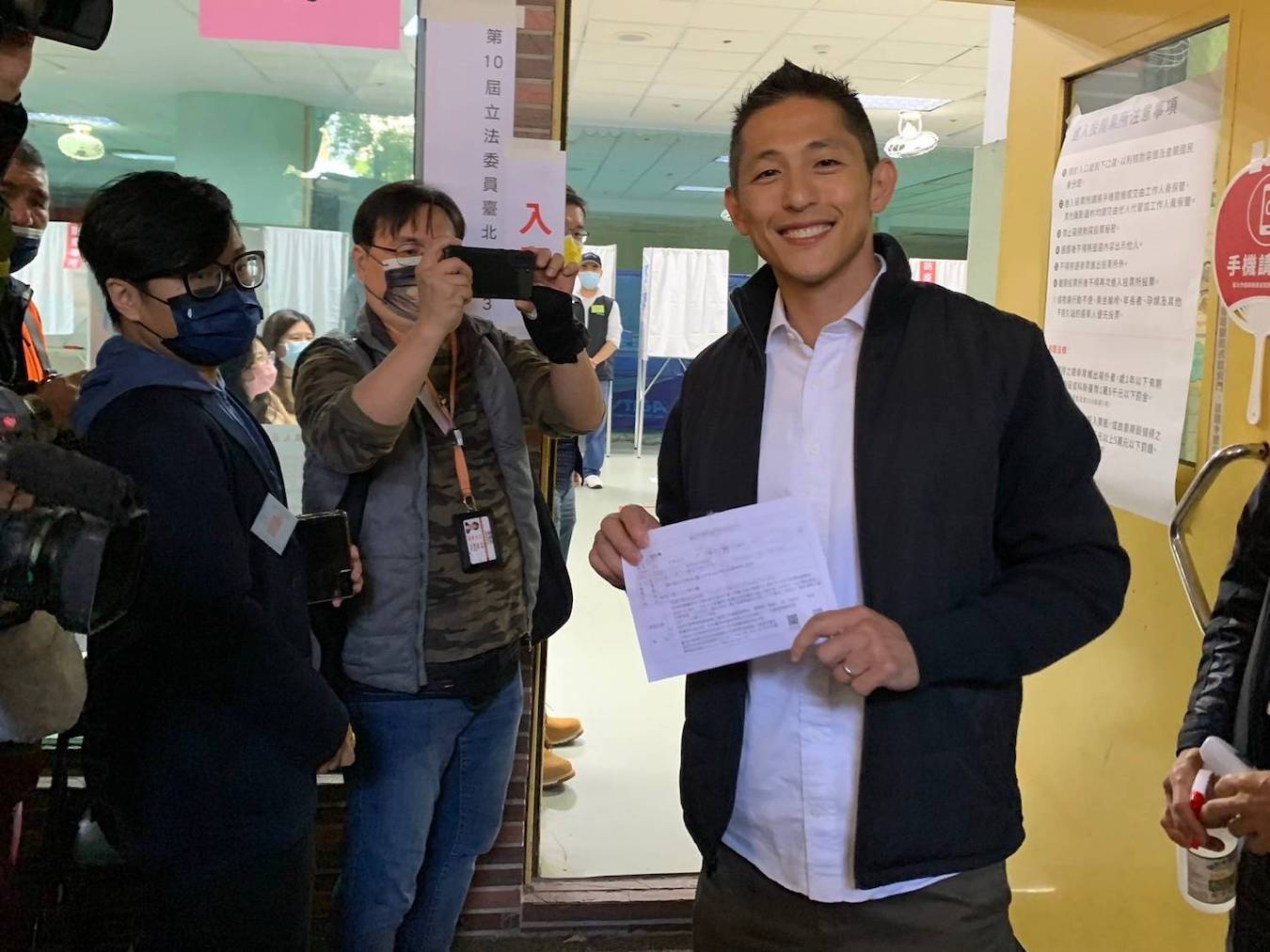 Despite good weather in Taipei today, turnout was originally thought to be low. According to the KMT’s Taipei party branch, turnout was only at 26% by noon. This compared to 67% turnout in Zhongshan and over 70% for Songshan in the nine-in-one elections.

Eventually, turnout by the time voting closed was 42%. There were 267,965 eligible voters in Taipei City Constituency III, meaning turnout was around 112,000. During her victory speech, Wang stated that she and the KMT had been concerned about low turnout, putting more effort into mobilizing voters in the previous, but thankfully this had not taking place.

Voting took place largely without incident, though Wang drew headlines as a result of forgetting her national ID card when voting today. Wang was apparently under the impression that one could vote with their National Health Insurance card, though this is not the case, as a result of which she had to go back to retrieve her ID to vote. Wu poked fun at this in comments to the media when he cast his vote. Both candidates were also scrutinized for not wearing masks when voting, with health authorities stating that this was allowed for Wu while taking photos as current regulations allow, and Wang pulling down her mask to prove her identity.

The race saw some degree of mudslinging, with Wang alleging gangster ties by Wu. This takes place after pan-Blue candidates came under scrutiny in November elections for corruption and links to organized crime. Most notably, pan-Blue independent Chung Tung-chin, who won in the Miaoli county magistrate race with the endorsement of KMT incumbent Hsu Yao-chang, had old gang-related murder and assault charges. However, KMT politicians such as Yilan county magistrate Lin Zi-miao and Hualien county magistrate Hsu Cheng-wei have also been accused of links to political corruption. While DPP legislator Mark Ho alleged gangster influence as a factor behind the DPP’s losses in Taipei during nine-in-one elections, since then, it has been more common for the KMT to attack the DPP regarding the issue.

Otherwise, campaign issues hinged around infrastructure. Wu notably proposed closing down the Songshan Airport and turning it into a park, which he claimed would be the “lungs” of the city. Though Wu is known for his military expertise, as a former special forces operative and proponent of efforts to train civilians for civil defense, the proposal was criticized on national security grounds.

Namely, the airport could serve as a back-up runway for fighter jets in the event of war. Likewise, the airport could serve to evacuate key personnel or individuals of other nationalities, which would be more convenient as an airport located in the center of the city compared to the distance that Taoyuan International Airport is from Taipei. The airport is also used for transportation to Taiwan’s outlying islands. As such, the KMT leaned into attacks on Wu over the issue, which was also criticized by Minister of Transportation and Communications Wang Kwo-tsai and former Minister of Defense Feng Shih-kuan. 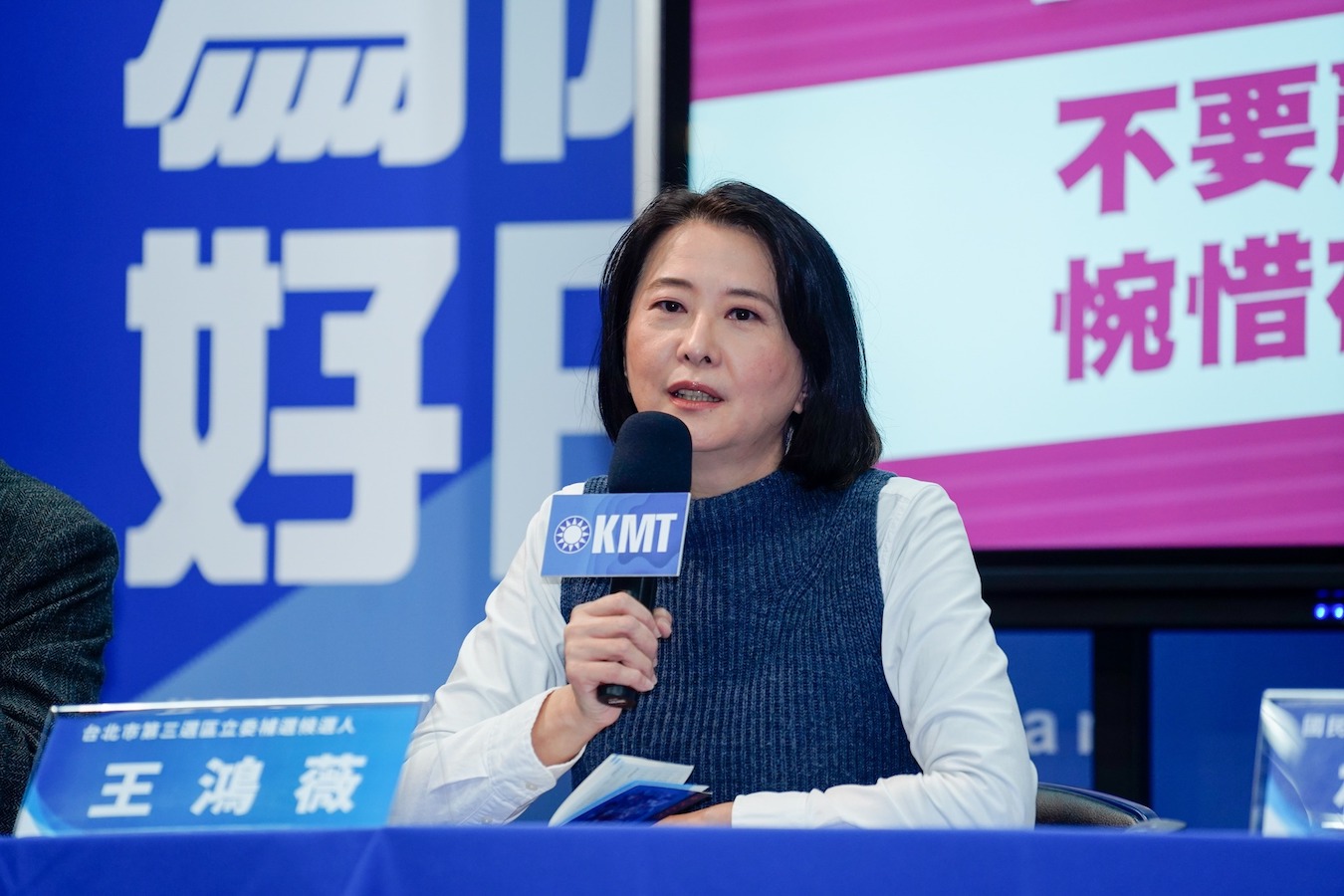 Nevertheless, as with nine-in-one elections as a whole, much of voting very probably came down to party identification rather than any policy proposals by either Wang or Wu. It generally continues to be the case in Taiwan that voting for political parties comes down to party identification, whether in terms of touting the past record of a party, its history, or stance on cross-strait issues. The results of nine-in-one elections, which resulted in a drubbing for the DPP, showed that voters were probably hoping to punish the incumbent party over slow economic growth and other domestic issues, rather than cross-strait ones.

The results of the vote proved similar to the 2020 legislative election, with another narrow defeat for Wu. As Taipei City Constituency III historically slants blue, Wu faced an uphill struggle. Some media commentators take the view that after two defeats, Wu is unlikely to run in the area again, with the DPP possibly deciding to swap out its local candidate in the area.

In her victory speech, Wang criticized policies of the Tsai administration including the back-and-forth about cash handouts from tax surpluses. Wu emphasized the importance of a free and fair election in his comments, while also calling on supporters to remain hopeful, and that he hoped the support that he had received pointed to the possibility of better politics for Taiwan.