THE YILAN COUNTY magistrate debate took place on November 19th. Although there were a number of participants, this article will focus on the KMT candidate, incumbent Lin Zi-miao, and the DPP candidate, Chiang Tsung-yuan, who currently serves as mayor of Yilan city. The debate took place in two rounds.

Lin spoke before Chiang, speaking first in Taiwanese, then switching to Mandarin. Lin touted Yilan as having a good environment and friendly people, as a result of which there was a need to develop the cultural and natural resources of the area. Lin stated that she hoped to speed up development on this front, such as with regard to cultural areas and parks, which would attract visitors.

To this extent, Lin stated that scenic railroads would be developed under her subsequent administration, touting the infrastructure development projects that had already taken place under her administration. Likewise, Lin touted her efforts to stabilize the power supply for science parks, while avoiding pollution. Moreover, Lin touted free lunches provided to students, to alleviate the burden on young people and allow them to pursue their dreams. 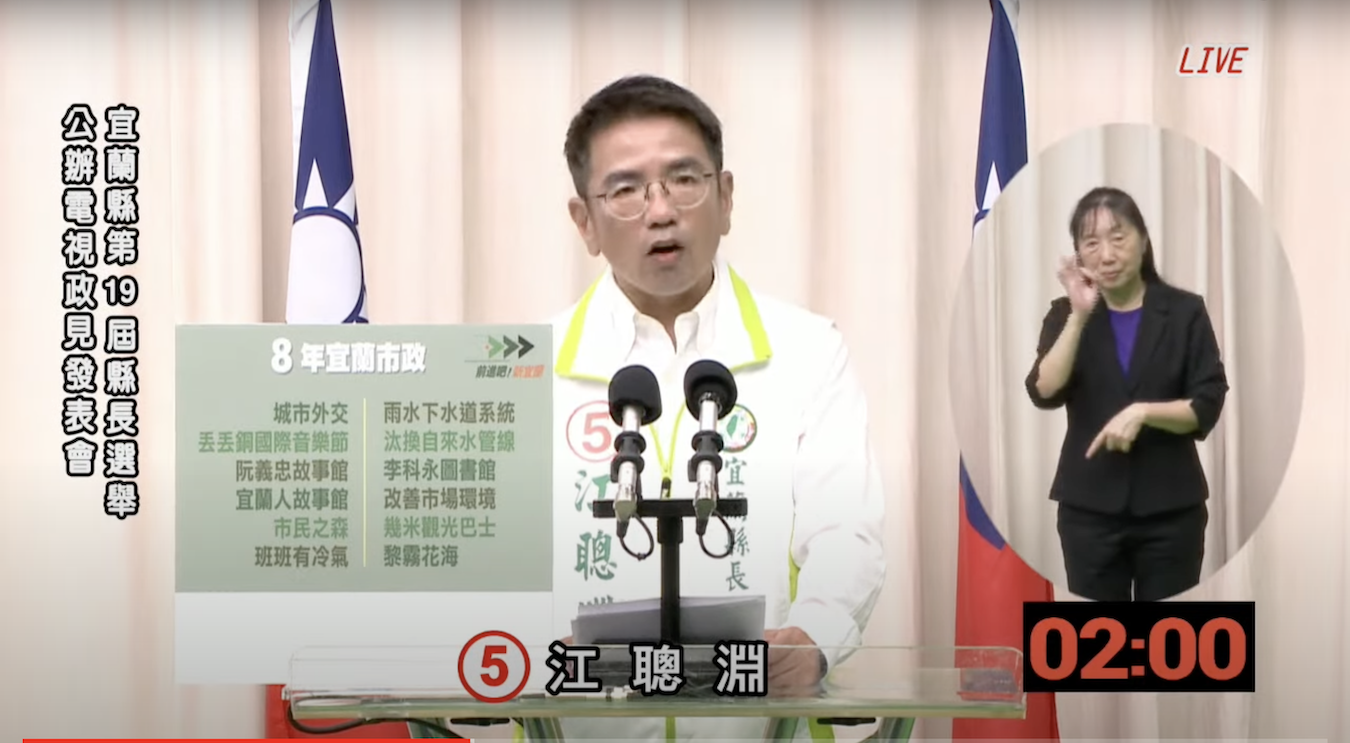 Subsequently, Chiang’s comments were conducted entirely in Taiwanese Hokkien. Chiang began by attacking Lin over issues of corruption that she is currently under investigation for. This includes over development on rezoned properties that were previously protected land purchased by relatives of Lin. Chiang called on Lin to be transparent and come clean about her actions.

The second round of the debate consisted of another round of statements from candidates, though they usually used the opportunity to respond to previous comments by their opponents.

Given that one of the crimes that Lin is under investigation for revolves around the illegal sale of land, Lin accused Chiang of selling land that is property of the city, including stealing land used for parks and rivers, and of ties to organized crime. Moreover, Lin criticized Chiang of stealing her policy and suggested links between Lin and business interests in China. The attack on Chiang for purported links with China is increasingly an angle of attack used by the KMT against DPP politicians, perhaps illustrating how China has become a hot potato issue for the political party in Taiwan that has historically stood for unification with China. 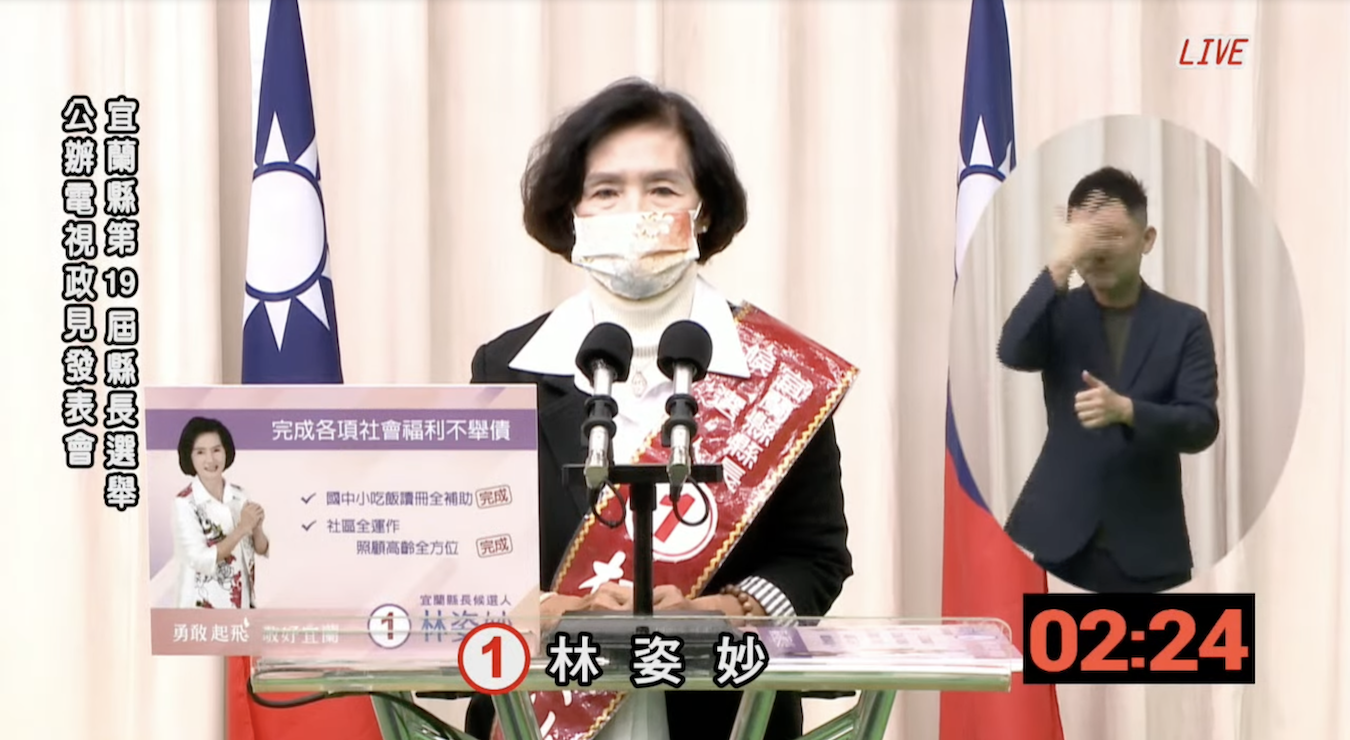 On the other hand, Chiang’s response returned to accusations of corruption against Lin. Though often repeating previous statements, Chiang also brought up the KMT’s view of Taiwan and China being one family on both sides of the Taiwan Straits, and framed development in Yilan as having stalled under Lin.

When it came to policy touted by Chiang during the second round, he primarily focused on affordable and healthy lunch policies he intends to promote. Chiang emphasized pushing for economic growth and called on voters to return home to vote for the election.

Charges facing Lin Zi-miao are among the most high-profile corruption charges faced by any candidate running in the current election. Nevertheless, as with other high-profile cases of pan-Blue political corruption, such as in Hualien and Miaoli, this may not prevent Lin from winning. Namely, the KMT has long had the advantage in local elections due to patronage and clientelist networks that date from the authoritarian era–corruption, in fact, always played a large role as to how the KMT could mobilize voters and shore up political support. Although after democratization, elections have become more transparent, such issues persist.