TUAN TUAN, a giant panda at the Taipei Zoo, underwent euthanasia on November 19th after numerous epileptic seizures. Since the news broke that Tuan Tuan was sick with a brain tumor in September, his condition deteriorated, and experts from China also came to Taiwan for this reason. Chao Shian-Shao, the Taipei Zoo’s spokesperson, indicated that the zoo is committed to retaining Tuan Tuan’s living cells, such as sperm cells, somatic cells, and stem cells. 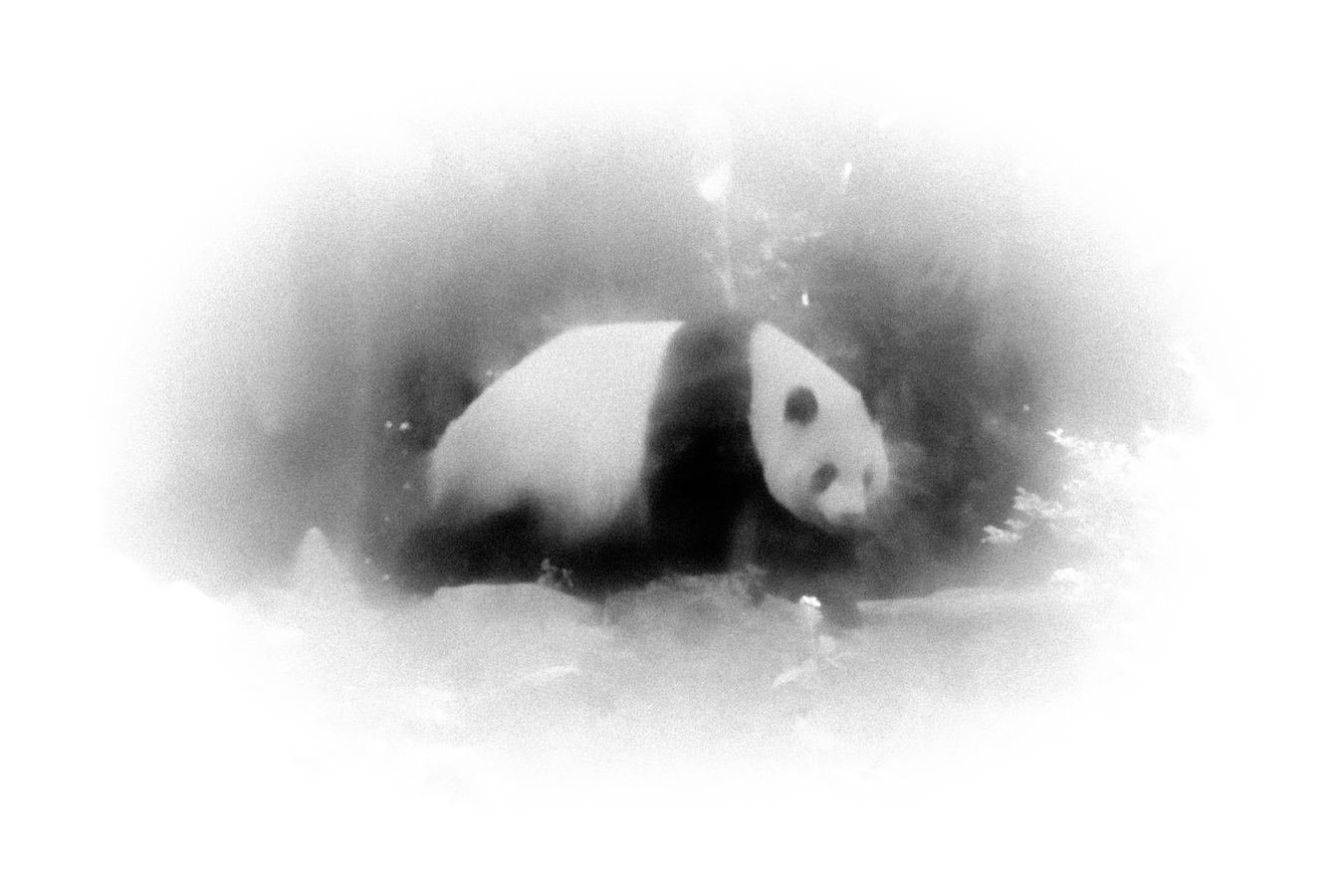 Being a panda does not mean happiness, especially for pandas in zoos. What is it like to be a male giant panda in captivity? We have to start by examining the issue of the relationship between pandas and modern society.

GIANT PANDAS are wild animals who should live in nature–however, because of captivity and breeding programs, they are kept in institutions such as zoos. Justifications for keeping pandas in captivity include: that pandas are seen are a rare species and a Chinese “national treasure”, the hunting and the capturing of pandas from 1869 on by Western naturalists, collectors, and Chinese people, and the state-led efforts to capture pandas by both the KMT government and the CCP government. In the 1980s, in the name of “rescue”, wildlife trading was allowed by the Chinese government, and this continued until 2017 when the government finally prohibited wildlife trading in the name of sheltering and rescue–in other words, rescued pandas should be released under the “timely, local, nearby, and scientific” principles. [1] 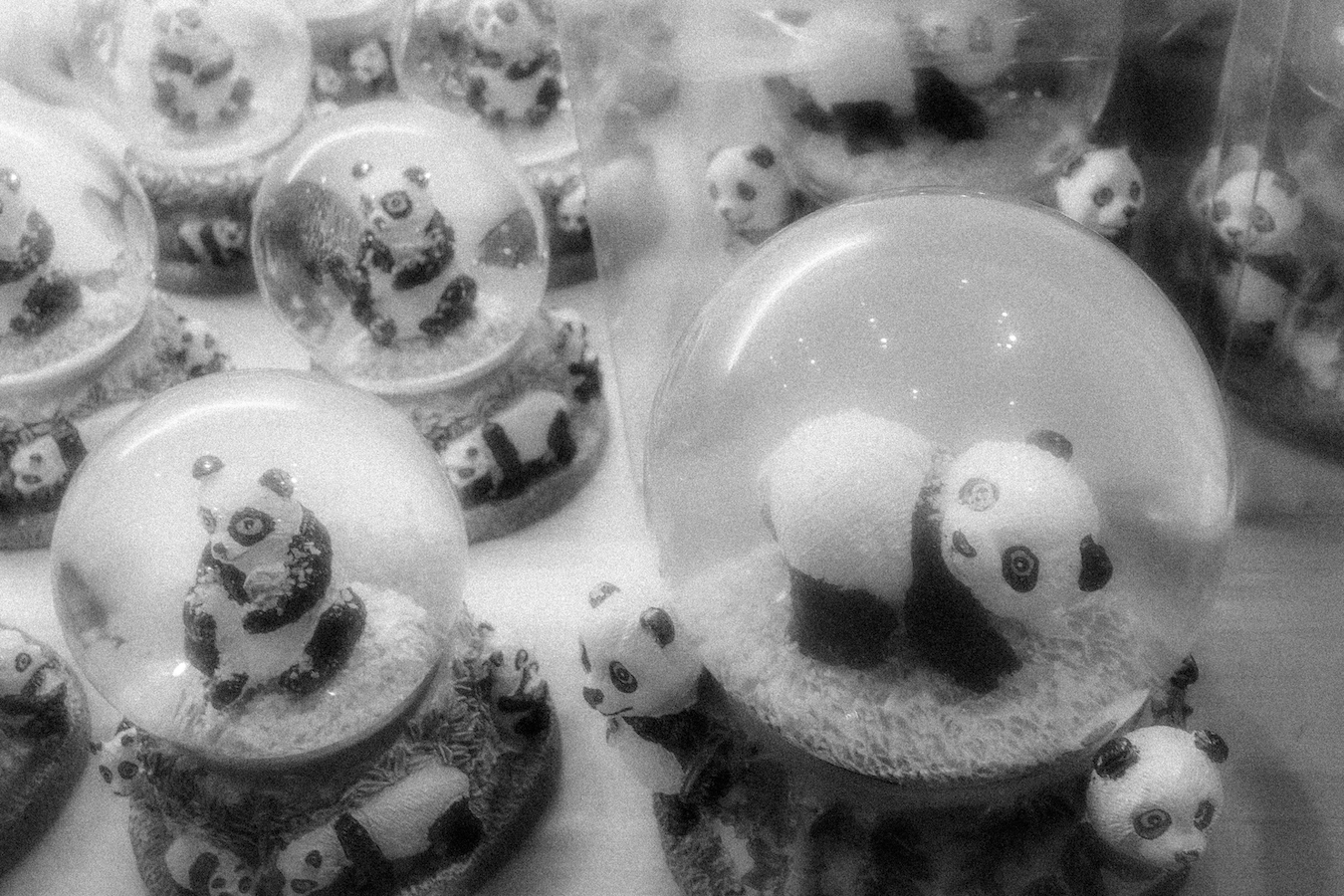 Hu Jing-Chu, a Chinese scholar considered to be the authority in the field of giant panda research, once said, “The benefit of raising giant pandas in captivity is that people no longer need to capture pandas in the wild.” [2] At first, this statement can sound jarring, but it informs us of a fact: pandas do not need humans, but it is humans who need pandas. After the 2000s, researchers claimed that they have overcome the “Three Difficulties” in captive panda breeding; namely, there is“difficulty in sexual arousal”, “difficulty in mating and conceiving”, and “difficulty in raising infants” for pandas. (Please note that these difficulties in breeding are challenges of captive pandas, not pandas in the wild.)

Publicity around pandas from the media and government officials leaves an impression that pandas can’t reproduce in the wild, so human intervention is necessary. However, as early as 1992, Professor Lu Zhi of Peking University, another leading panda researcher, had stated that panda’s DNA genetic diversity is no lower than other mammals. [3] If pandas’ natural habitats were destroyed, and they were not hunted or captured and misrepresented by the media by way of creating a false image, the giant panda would be another animal in the wild. In other words, not only do all the conservation efforts not help, but fundamentally, it is in the name of conservation that the giant panda is a means for political, economic, and cultural ends.

MOST CAPTIVE PANDAS now are descendants of captive pandas, including Tuan Tuan and Yuan Yuan, the pandas at the Taipei Zoo. Before Tuan Tuan and Yuan Yuan were selected to be sent to Taiwan, the Chinese government already had pointed out that the pair of boar and sow have to conform to five criteria: “young, beautiful, healthy, energetic, and cute.” [4] There are many panda-owning institutions in China, and all hope to have their pandas sent to Taiwan. Amongst these institutions was a nature reserve in Fujian, a province without a panda habitat. Because of the similarity in climate to Taiwan, the researchers there used ice in the summer to get the pandas to acclimate to a climate that is vastly different from their natural habitat. 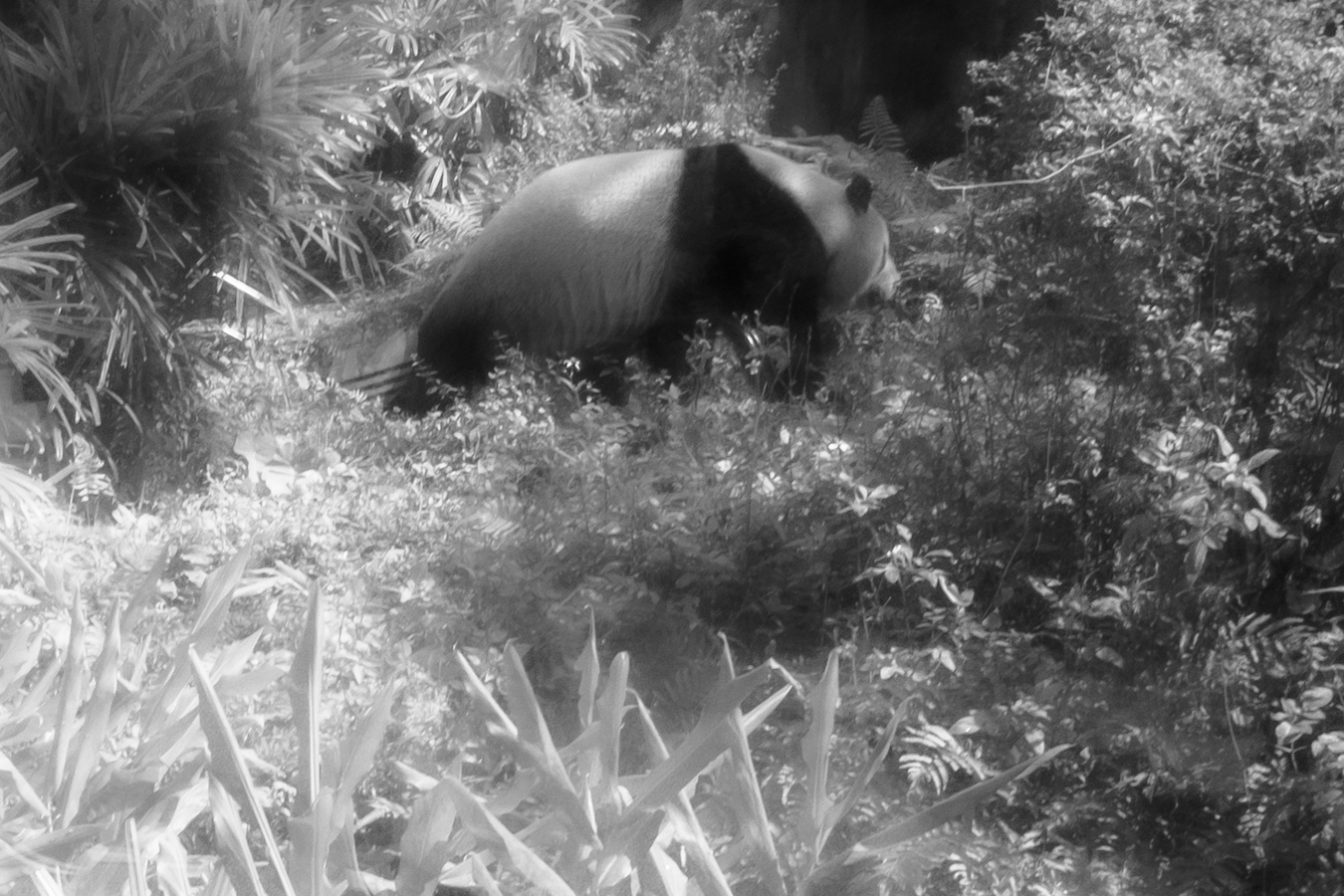 The pandas eventually selected, Tuan Tuan and Yuan Yuan, were born in 2004 at the Wolong Nature Reserve in Sichuan. The audience of the annual Spring Festival Gala program then selected the pandas’ names during CCTV’s Lunar New Year broadcast. Though the reserve was severely damaged during the 2008 Sichuan earthquake, the captive pandas were transferred, and two pandas’ trip to Taiwan was not affected.

In my article, The Coming of the Giant Pandas “Tuan Tuan” and “Yuan Yuan” to Taiwan: The Application Process Examined 1988-2008, published in the Cheng Kung Journal of Historical Studies, details were sketched out on how giant pandas ended up in Taiwan, and how the birth of “Yuan Zai” started an upsurge in interest in pandas. [5] Given that the giant panda is one of the most valued global symbols, the political implication is obvious. 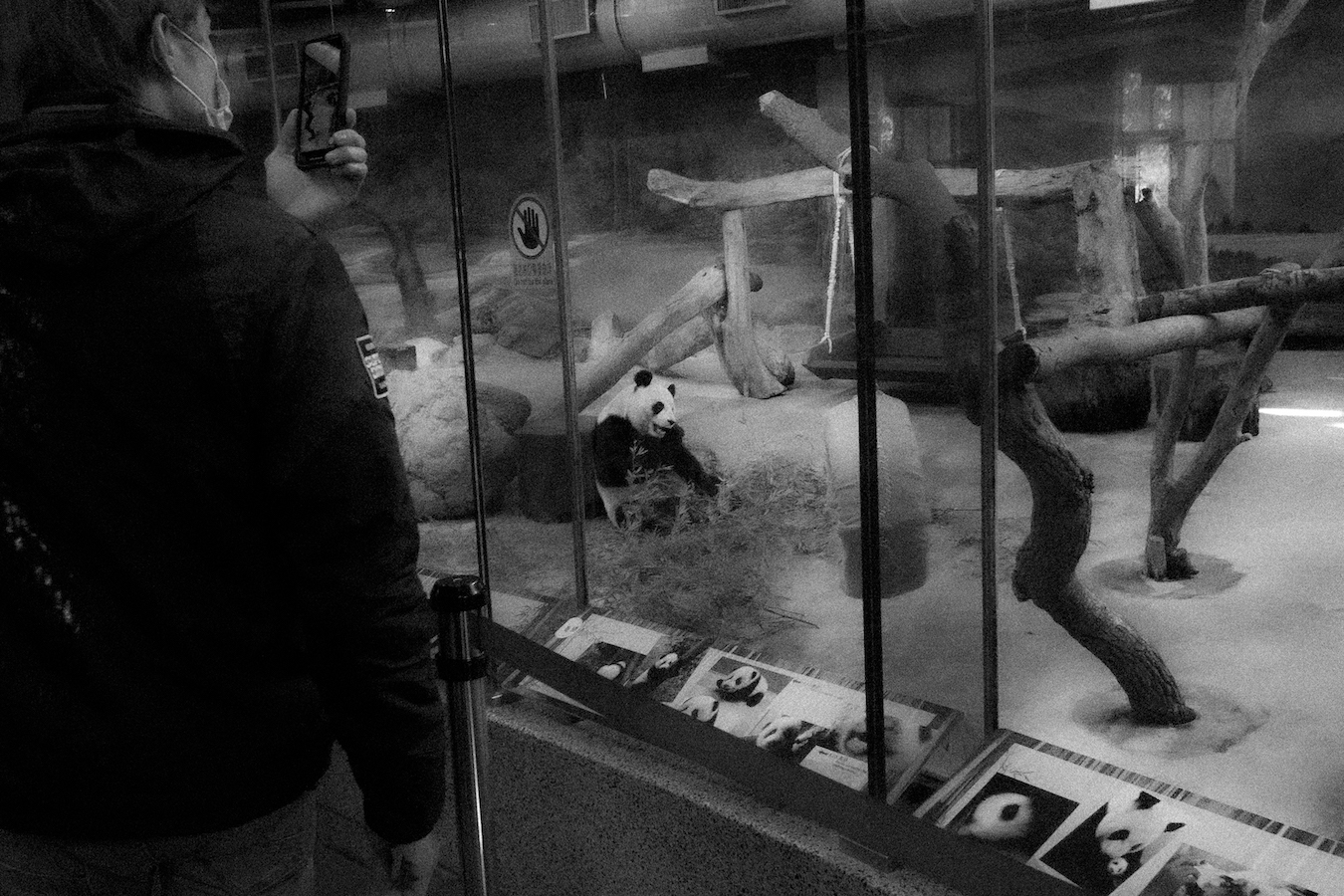 Other than the welfare issues around captive pandas, China stopped “gifting” pandas in 1982 to other nations. Instead, pandas are “rented” in the name of “cooperative research” to foreign zoos–such an arrangement achieves economic and diplomatic goals. In other words, “gifting” pandas to Taiwan does not mean “renting”, nor “gifting to a foreign nation”, but the arrangement is the same as pandas in Hong Kong and Macao, meaning the pandas are moving inside of China. The KMT government at the time downplayed such political implications, and called the arrangement “in-situ conservation”. [6]

THE NAMES OF the two pandas  in Chinese–Tuan Tuan, and Yuan Yuan–imply the annexation of Taiwan, as Tuan Yuan means “reunion”. But let us now turn to the Tuan Tuan – what is it like to be a male panda in a zoo? First, the exhibition of pandas in zoos generates great interest in the public, therefore profit, and then, critically, a boar’s “mission” in life is to have offspring. During my Ph.D. dissertation research on the 30-year history of panda conservation, I was fortunate to have been to Sichuan’s ten nature panda reserves and other conservation institutions. After visiting, I came to realize that the control of animal reproduction is commonplace in captive animals, and it is even more so in “national treasures”. In the case of the giant panda, the boars are first given general euthanasia, and then a corn-shaped device is inserted in their anuses to send electric shocks for involuntary ejaculation.  The sows, then, are given general anesthesia and then artificially inseminated. [7]

Of all the institutions I visited, only one institution at Bifengxia allowed pandas the opportunity to mate naturally, that is, letting the boar and the sow be in the same room during the mating period.  Even then, the pandas still undergo general anesthesia for the aforementioned procedures. All the other institutions do not allow pandas the opportunity to naturally conceive and resort exclusively to artificial insemination. 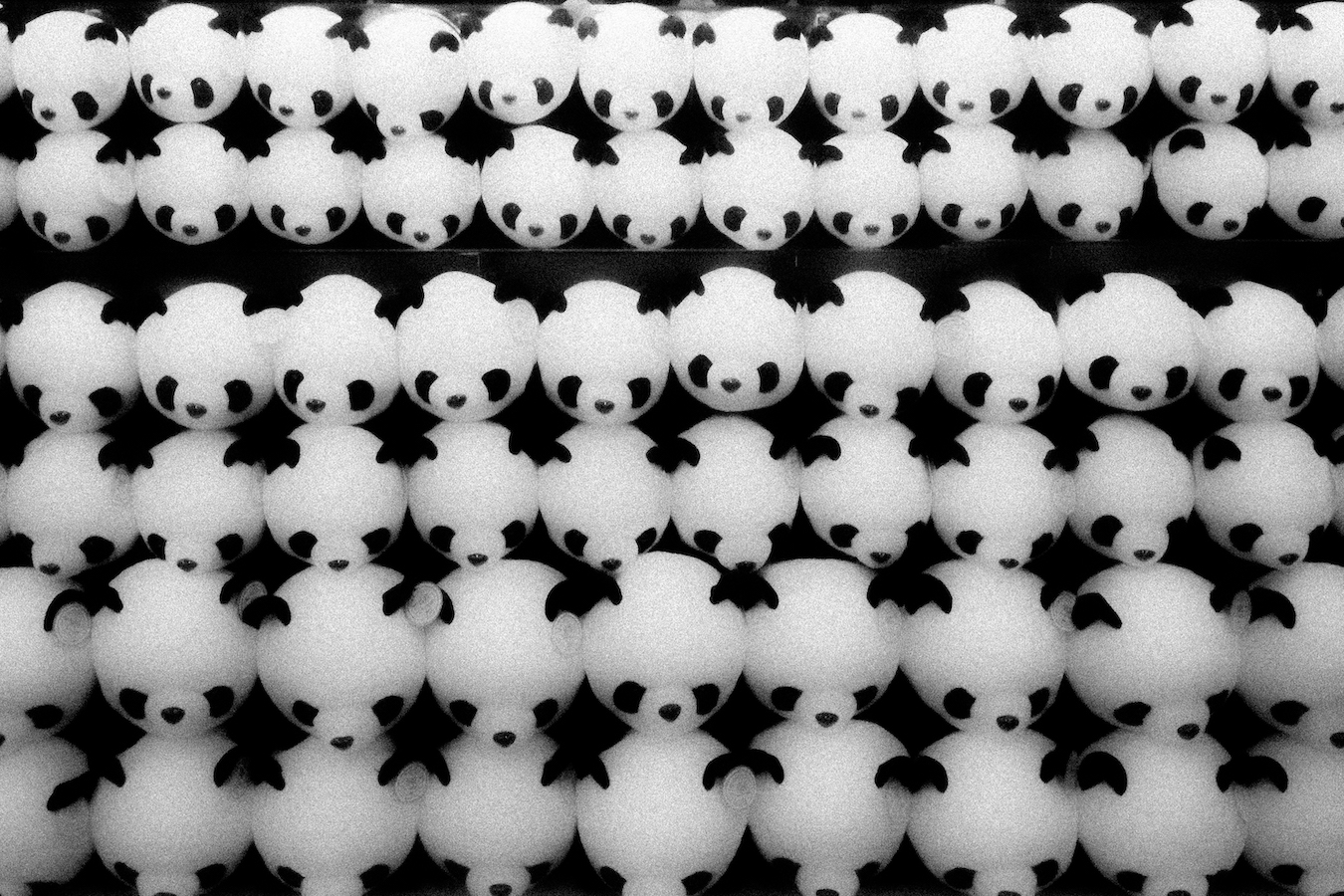 To optimize the number of reproduction in pandas, researchers shorten pandas’ postpartum period from 1-2 years to six months. As a result, most cubs are taken from their mothers after six months, so the sows can start their mating period again, get pregnant, and have more babies. This arrangement may lead to poor health in the cubs, and they also prevent opportunities to learn from the sow, possibly never learning how to mate. [8] However, such sows are the so-called “hero mothers”, meaning sows that give birth to many cubs. Leilei, Yuan Yuan’s mother, is just such an example who gave birth to five cubs.

The Hidden Situation of Tuan Tuan

ANIMALS OFTEN find themselves in uniquely unfortunate situations. This is the same with the giant panda, and Tuan Tuan is no exception.

Semen collection is a political mission forced upon the male pandas. In 2010, Xing Xing rented to the Kobe Oji zoo in Japan, died during a semen collection procedure when he suffocated from his vomit. I also witnessed the motionless figures of captive pandas in artificial environments: “The figure of Xing Xing did not suggest struggle nor accusation. She simply sat there, day after day, in that tiny confinement, as if under siege. She is certainly a star, but even more of a prisoner. A body, though imprisoned, can still feel everything. In that unquestionable pain, even her body does not belong to her.” (Taken from my book, In Search of Animal Utopia.) [9] 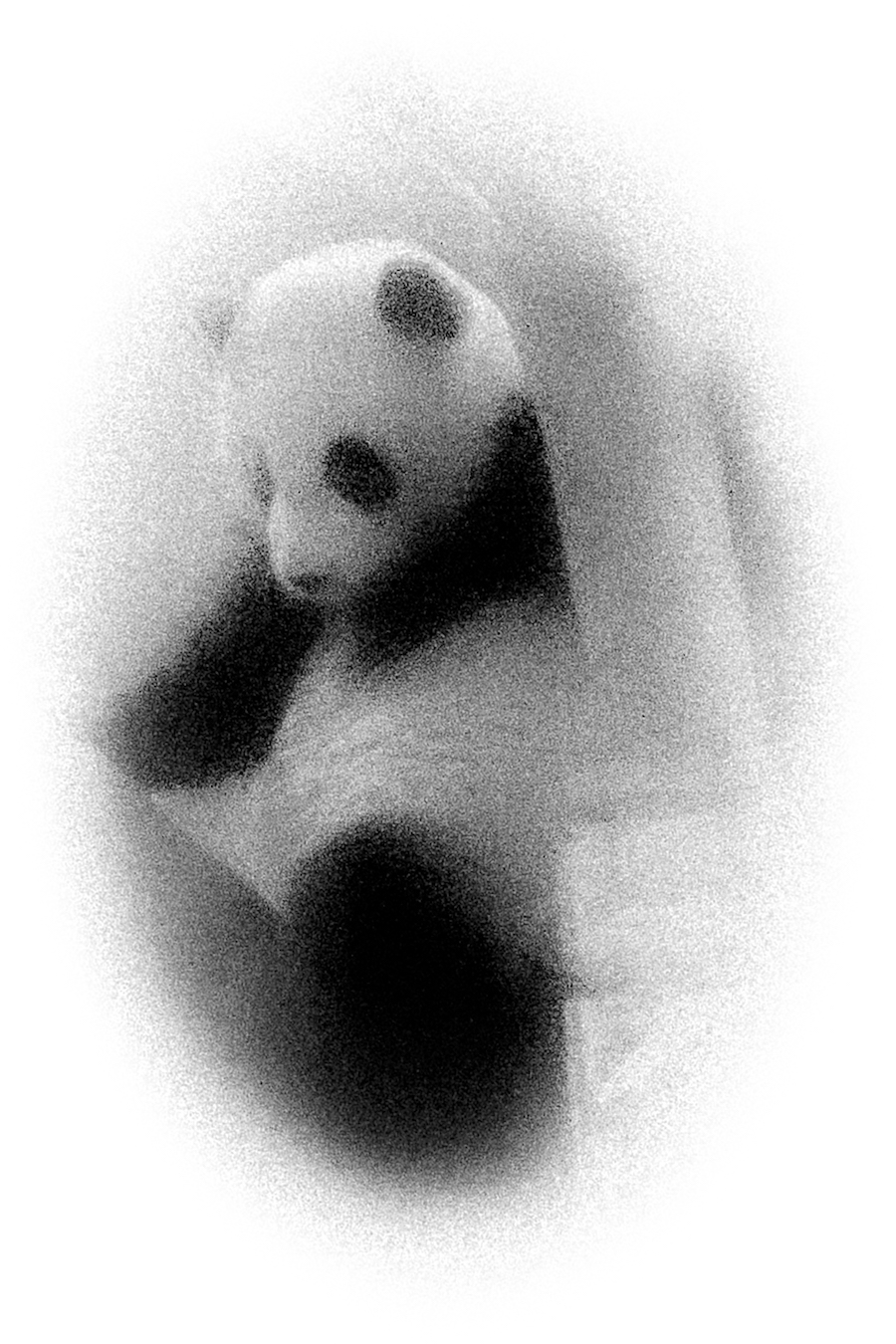 Significantly, the artificial breeding of captive pandas is from the original 46 pandas captured from the wild, and in 2010, the number of captive pandas increased to more than 300. Sixty percent or more than 170 captive pandas are descendants of four pandas, Pang Pang, Dong Dong, Ling Nan, and Ha Lan. [11] As a result of the lack of genetic diversity, genetic degeneration can become a problem in the second and following generations of captive pandas from artificial breeding. If the pandas lack genetic diversity, this could cause mass death from one disease. In 2009, the concept of giant pandas’ “eugenics” was first proposed, and the “cat fee” given to each institution upon the birth of cubs was canceled. 12 On panda reserves, most employees call pandas “cats”, and this reflects the attitudes that enable the intervention and domestication of a wild species. [12] 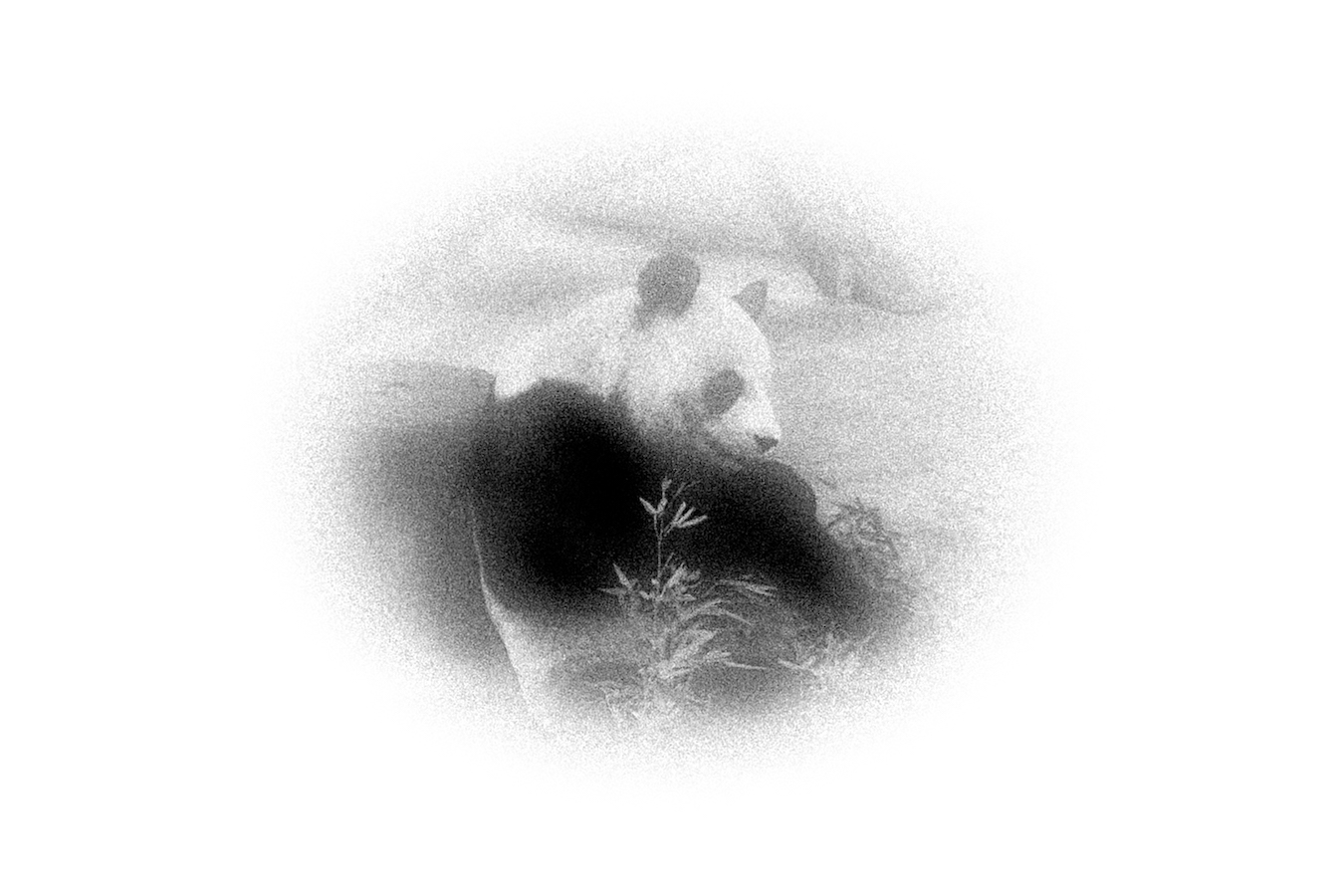 In actuality, Tuan Tuan’s descendant, Yuan Zai, was the result of seven attempted efforts with artificial insemination. [13] The so-called “husband” of Yuan Yuan, is the syringe. This is not to mention that Tuan Tuan would not know that he has two “kids”. The zoo is committed to keeping Tuan Tuan’s semen and somatic cells. Tuan Tuan’s two descendants, Yuan Zai and Yuan Bao, who were bred without Tuan Tuan’s willingness, in turn, will follow the very fate of their mother: they will give birth to more pandas through selective and artificial breeding programs and reproduce more “national treasures” for the Chinese government to continue to facilitate cross-strait “cooperation and communication” and for the Taiwanese government to divert difficult political issues to symbolic animals.