THE KAOHSIUNG MAYORAL debate took place on November 12th. Though there were four candidates, this article will focus on the two main candidates, former legislator Ko Chih-en of the KMT and incumbent Chen Chi-mai of the DPP. The debate had three rounds, consisting of a first round of opening statements, a second round of questions from experts, and a third round consisting of closing statements.

Ko spoke before Chen. Ko brought up the population decline in Kaohsiung, as a result of low salaries. Ko stated that as mayor, she would assist small-to-medium sized enterprises to improve competitiveness and attract international investment.

Likewise, Ko emphasized that she would allow the high-speed rail to enter southern Kaohsiung, so as to improve transportation links, and criticized the central government for not allowing this to take place. Ko lashed out at issues of air pollution facing Kaohsiung and stated she would work on this, as well as seek to improve Kaohsiung’s education. Ko stated there was a need to ensure that young people stayed in Kaohsiung and did not move north. 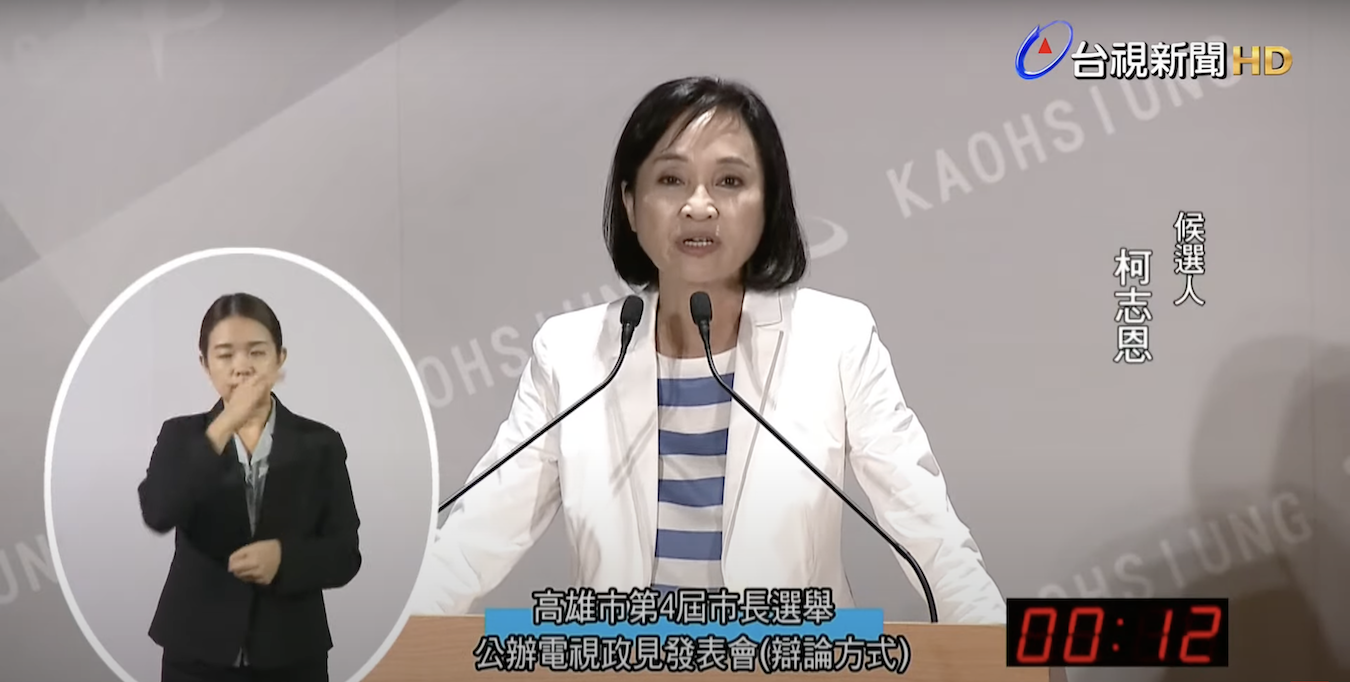 Chen responded to Ko’s comments on population decline, by bringing up that population decline was not exclusive to Kaohsiung, but the result of the declining birthrate across Taiwan. Chen asserted that he would create new employment opportunities, parks, and exercise centers in Kaohsiung. Education would focus on encouraging athletics and coding training.

During the second round, consisting of questions from experts, the candidates were asked about agriculture, sustainable development goals, women’s rights and human rights, Taiwan’s declining birthrate and aging society, and lacking opportunities for young people in Taiwan.

Ko asserted that agriculture in Kaohsiung should seek markets in South Korea, Japan, and elsewhere, while difficulties stemmed from worsening cross-strait relations that led to exclusion from the Chinese market. Chen brought up that Kaohsiung was affected by climate change and suggested that agricultural policies needed to be changed for a shifting environment.

In response to the question about women’s rights, Chen Chi-mai touted the establishment of a new office for sexual equality, to which Ko responded by stating that the office was only recently formed. Chen touted the inclusion of student representatives in government hearings, and Ko brought up her experiences with discrimination while pregnant at work. Ko emphasized that she would try to address issues of sexual discrimination and violence as mayor.

Likewise, Chen touted care centers for the elderly built during his mayorship, as well as policies for young parents. Ko criticized the same policies as insufficient, citing national statistics, and disparities within districts of Kaohsiung. Chen also brought up educational facilities for developing talent in fields such as semiconductors and hopes to directly link industry with schools. Ko raised her experiences as an educator as providing expertise on how to develop education in necessary fields, or to provide students with education or internship opportunities in high-tech fields. 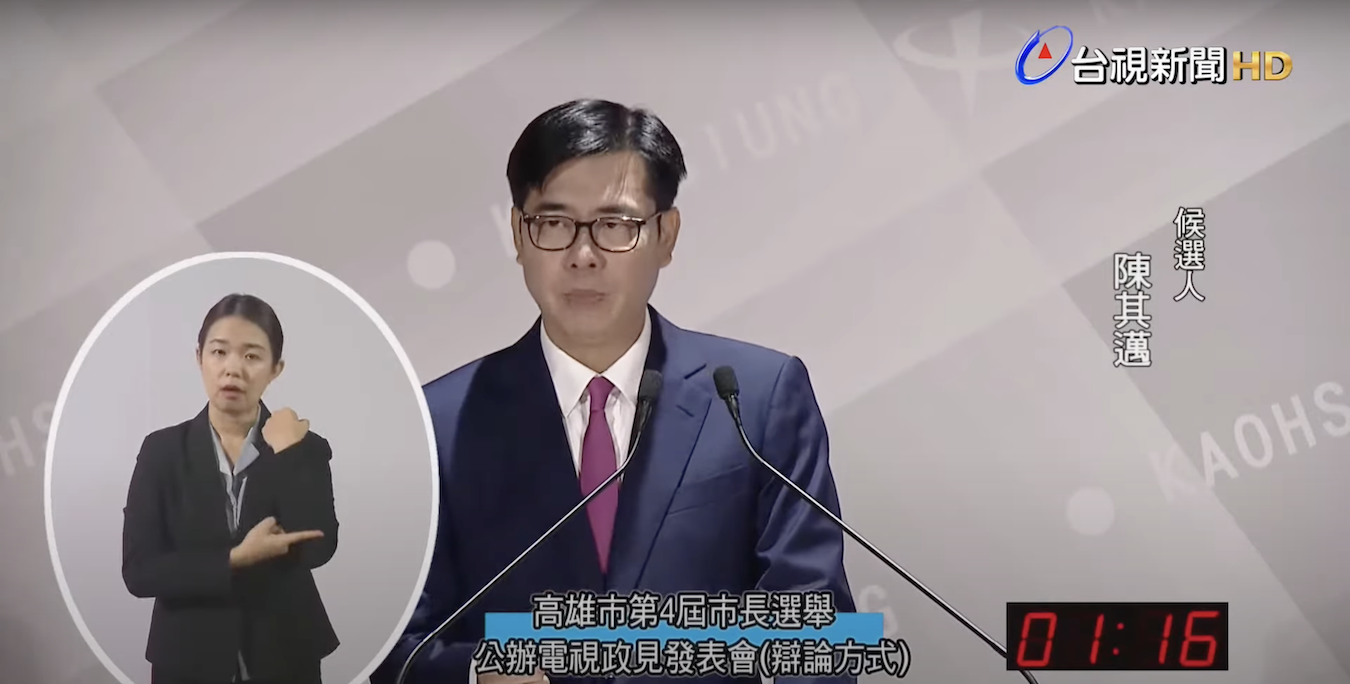 In the last round of the debate, Chen criticized Ko for focusing fire on his accomplishment of bringing TSMC to Kaohsiung, asserting that Ko was unaware of other electronics industries in Taiwan. Chen further defended the educational opportunities for young people he had provided for, and emphasized the unity that had been achieved in Kaohsiung during his tenure.

Ko’s closing comments focused on responding to Chen’s statements, claiming that Chen had avoided discussing statistics about employment in Kaohsiung and failed to consider questions regarding labor. Ko claimed that Chen was acting as though he were still facing off against former Kaohsiung mayor Chen Chi-mai, and claimed that Kaohsiung was better than Singapore, but that there was a need for change in order for Kaohsiung to achieve its potential. Ko stated that Kaohsiung needed to not always be in the control of one party, referring to the DPP, and needed to internationalize.

It is generally expected that the DPP will retain Kaohsiung, seeing as Kaohsiung has historically been pan-Green political territory. At the same time, the KMT will be looking to repeat its unexpected success in 2018, when Han Kuo-yu defeated Chen Chi-mai to become mayor of Kaohsiung. Nevertheless, Han was later recalled by overwhelming margins, and Chen Chi-mai was elected as mayor in a by-election. The KMT has placed particular focus on making inroads into traditional pan-Green territory since then, but it is to be seen whether it has any successes in doing so.