AN UNUSUAL CONTROVERSY has broken out regarding drones in the Taichung mayoral race. In particular, the KMT’s mayoral candidate, Lu Shiow-yen, is accusing her opponent Tsai Chi-chang of the DPP of interfering in a campaign event through the use of drones.

A joint campaign event held by Lu’s campaign in Shalu District, Taichung on October 28th was attended by thousands, but the event was interfered with by four drones flying overhead. This eventually resulted in KMT chair Eric Chu being unable to make a scheduled appearance at the event because of the drones.

Namely, Chu was returning from a visit to Kinmen for a campaign event by plane. His plane could not land at the Taichung International Airport, north of the stadium where Lu’s rally was taking place, because of the drones. While police downed three of the planes by signal jamming, they could not bring down the fourth drone, because it was too high. Chu’s plane eventually landed without incident after circling for an hour, but by then it was too late for him to make the rally. 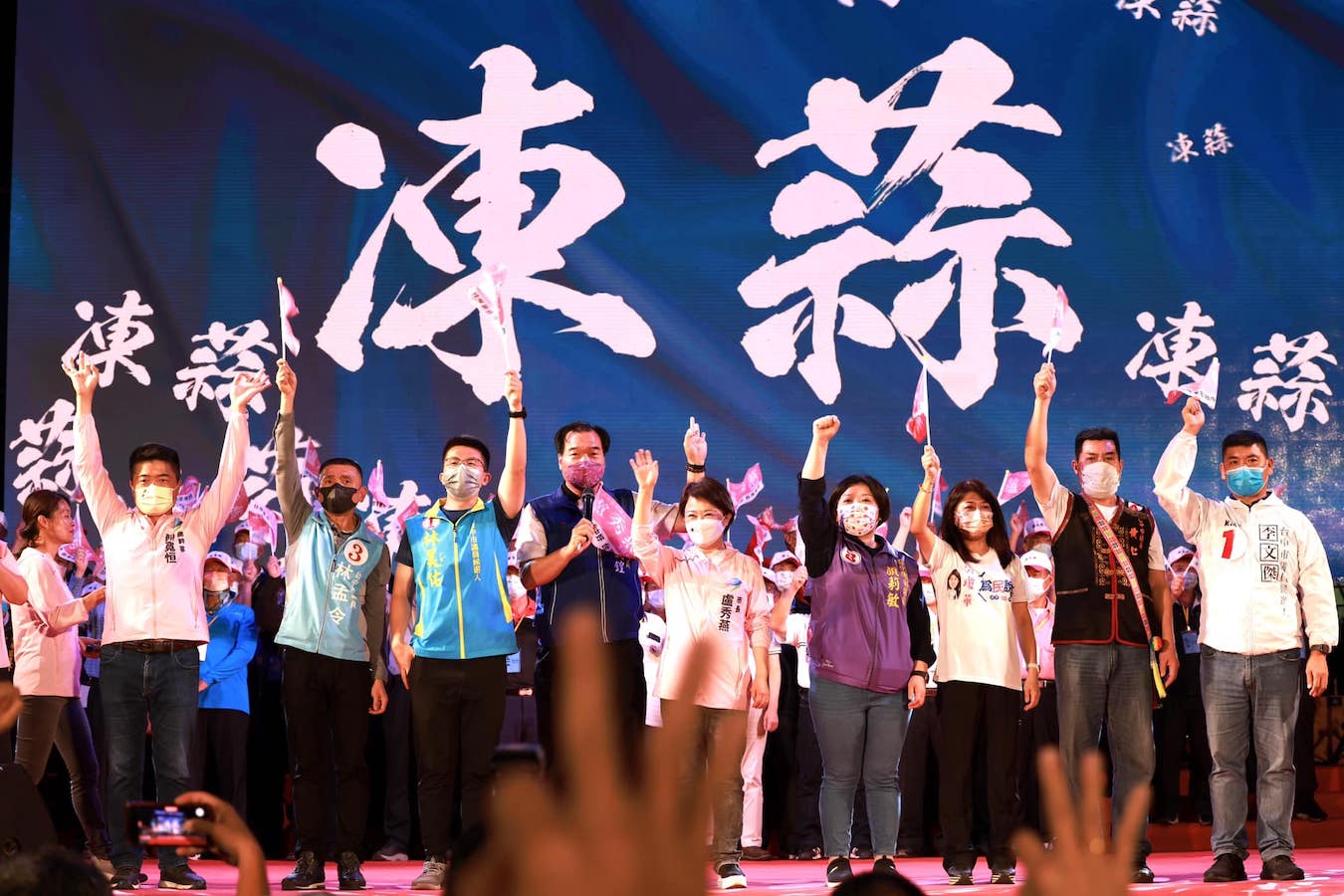 Since the incident, Lu’s campaign has accused the drones of having been sent by the Tsai campaign to interfere with the event, or to take photos of the event from above to make misleading claims about the size of the event. Apart from denying this, the Tsai campaign responded by joking that Lu’s campaign sought to prevent Chu from attending as part of internal party factionalism. Internet influencer “Four-Forked Cat” also pointed out aerial photos of the event were circulated by the Lu campaign, to which the Lu campaign responded by stating that they were taken by a staff member on a crane.

It proves interesting to note to what extent the incident reflects other political controversies in recent years, such as criticisms of pan-Blue television network CtiTV for inflating the crowd count at Han Kuo-yu’s mayoral inauguration. This eventually resulted in a fine for CtiTV and was one of the offenses for which CtiTV did not have its broadcast license renewed in November 2020.

In a similar timeframe, the Lu campaign has come under fire, after allegations that employees at a credit union associated with a farmers’ association were made to attend campaign events and to bring four people each. 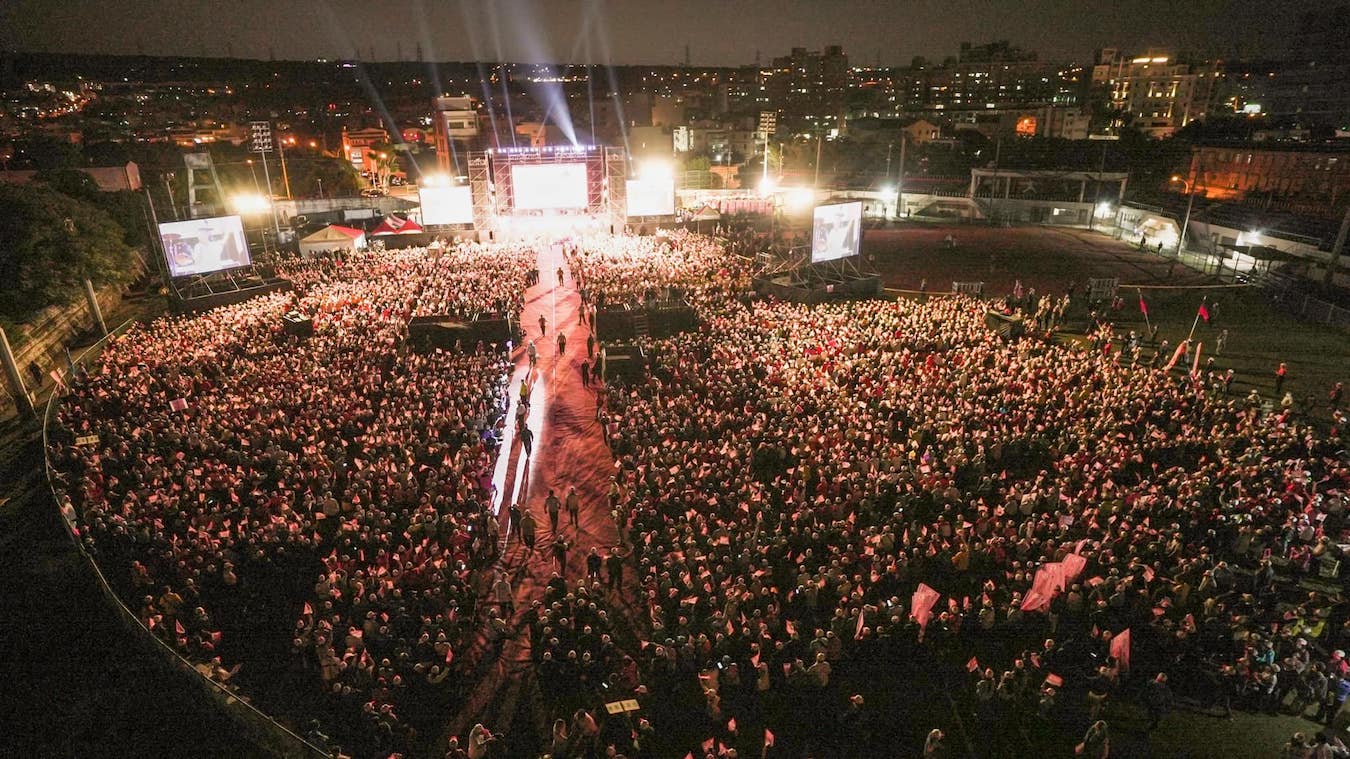 The Tsai administration has made moves to try and break apart these networks, such as by nationalizing irrigation associations, and making their heads government-appointed. But backlash against the Lu campaign for relying on traditional means of mobilization for the KMT proves in which past political practices that the KMT relied on now come under fire.

This may more broadly reflect shifts in politics in Taiwan. In January, Yen Kuan-heng, the scion of the Yen family, which has long held dominance over Taichung politics, was unexpectedly defeated in a by-election to fill the seat formerly occupied by Chen Po-wei of the Taiwan Statebuilding Party. Although the Yen family’s links to gangsters and local corruption are well-known, this time around, the media reported extensively on illegal construction on protected land in the mansion that Yen Kuan-heng lives in.

That being said, a number of KMT candidates have come under fire over corruption charges or links to corruption prior to the 2022 elections, perhaps most prominently Yilan county magistrate Lin Zi-miao and Hualien county magistrate Hsu Cheng-wei and her husband legislator Fu Kun-chi. However, this has not had an impact on the campaign, with more relative attention on a wave of plagiarism charges against both pan-Blue and pan-Green candidates that started after the DPP’s initial Taoyuan mayoral candidate, Lin Chih-chien, was accused of plagiarizing his master’s thesis. But as Taichung has long been known for deeply entrenched issues of political corruption, it is to be seen whether this reflects shifts in specifically Taichung.