This may be one of the more high-profile corruption allegations made during an election cycle that has been characterized by controversy about plagiarism allegations. Such allegations were originally made against the DPP’s Taoyuan mayoral candidate, Lin Chih-chien, regarding his master’s thesis from National Taiwan University (NTU).

After an NTU committee recommended that Lin’s master’s degree be revoked, Lin withdrew from the election in favor of DPP legislator Cheng Yun-peng. Subsequently, however, one has seen plagiarism allegations slung against politicians both pan-Green and pan-Blue, with among those accused of plagiarism including Ann Kao of the TPP and Lin’s original opponent in Taoyuan, Simon Chang of the KMT. 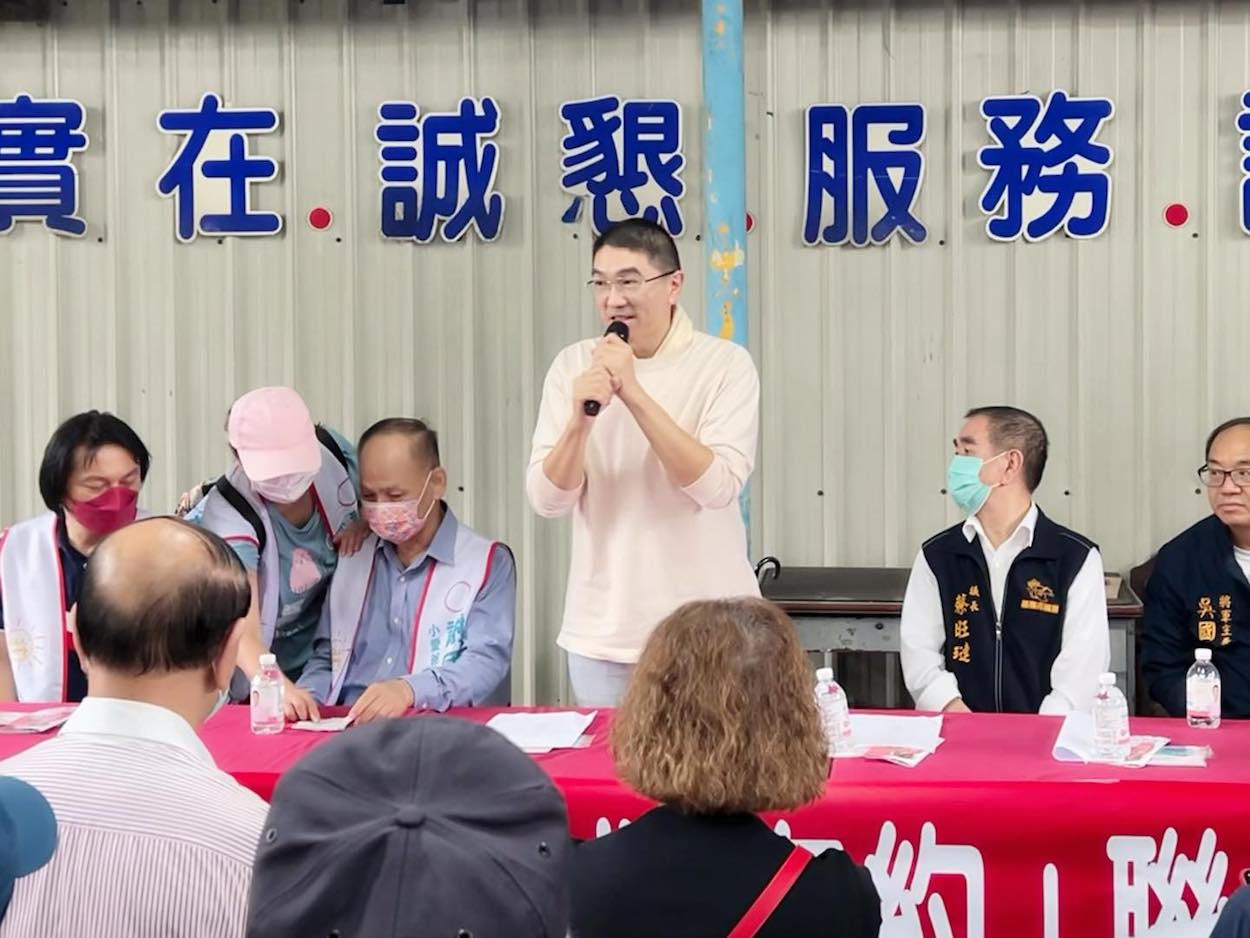 In a similar timeframe, there have been corruption cases ongoing against KMT politicians such as Lin Zi-miao, the magistrate of Yilan. Lin is accused of rezoning a 108-hectare plot of land in Luodong that was originally protected land but changed to agricultural use, so that it could be used for redevelopment plans worth 5 billion NT as part of an urban renewal project. The land was sold to a relative of Lin’s.

Likewise, Lin is accused of wrongdoing regarding worth over 100 million NT received by Lin or her family members from former KMT legislator Yang Chi-hsiung. It is thought that the checks may involve kickbacks, corruption, or money laundering, seeing as relatives of Lin’s work with Yang.

Ironically, it is probably the thesis controversies that have received greater public exposure compared to corruption charges. Still, corruption is nothing new in Taiwanese politics, whether among the pan-Blue or pan-Green camps, though it is more often pan-Blue politicians that are implicated in corruption cases given the lingering legacy of the clientelist networks by which the KMT maintained local rule during the authoritarian era. Some KMT politicians are notoriously corrupt, such as Hualien legislator and former county magistrate Fu Kun-chi. Fu is controversial even within the party because of the fact that, while he successfully wins elections in Hualien, his well-known reputation for corruption may negatively impact the KMT’s image as a whole.

Tsai’s accusation against Hsieh resembles the charges against Lin over the checks worth over 100 million NT. Namely, Tsai has accused Hsieh of establishing shell companies overseas for money laundering purposes, so as to hide his wealth. Tsai has also suggested wrongdoing by Lin because he lent 100 million NT Lin Kuan-pai, who was previously chair of the Reliance Securities Company and Gold Star International Company. Lin was indicted last month on money charges. 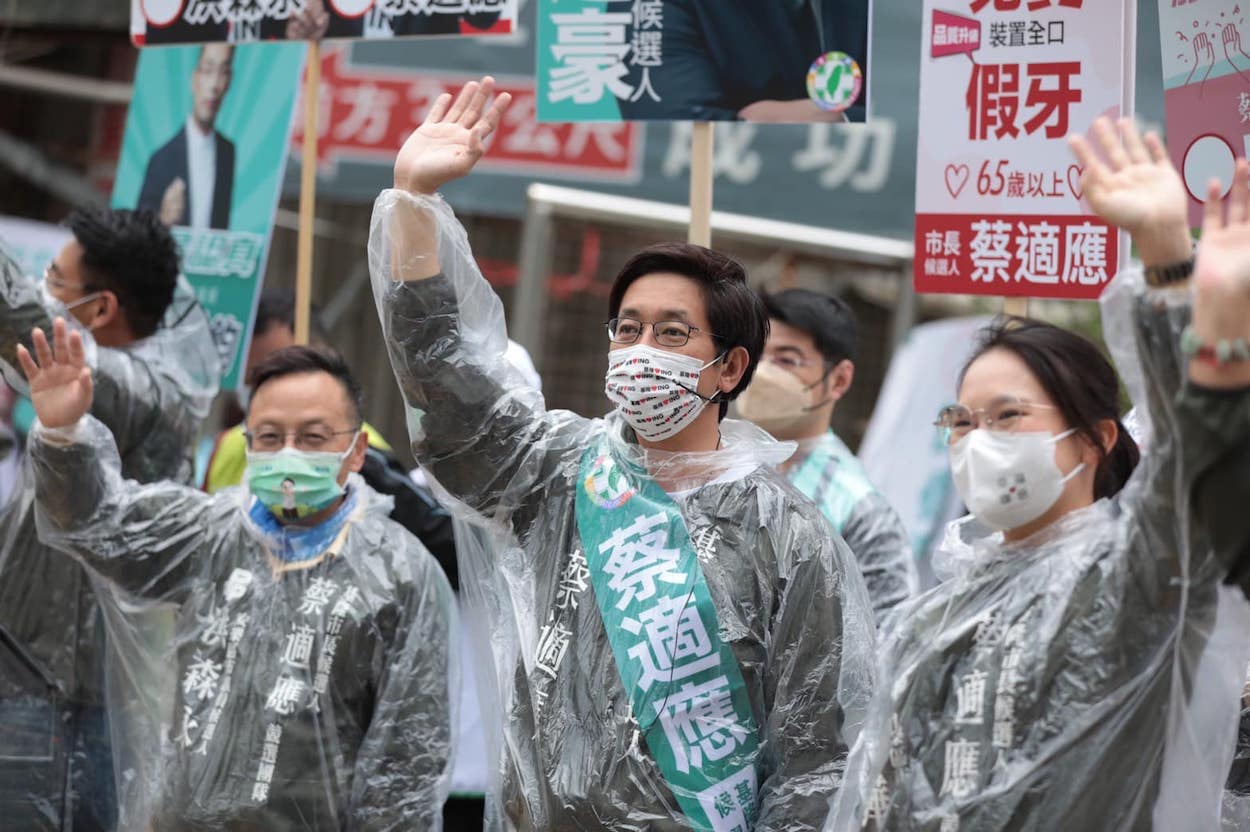 The charges against Hsieh, then, are in connection to Lin, with the suggestion that Hsieh acted to assist Lin in money laundering efforts. Apart from Tsai, DPP legislators have also questioned the KMT over whether Hsieh was implicated in the case or involved in any way, framing Hsieh as actually being in control of Gold Star. The DPP caucus in the Keelung city council also raised suspicions regarding a change in company address by the Gold Star International Company, suggesting that this may be aimed at further covering up evidence.

Hsieh has denied the allegations, stating that he only acted to lend money to Lin and was not involved in any illegal actions. Political attacks on Hsieh have also pointed to Hsieh having 100 million NT at his disposal to suggest that he is a wealthy and powerful individual remote from the concerns of regular Keelung residents. Some members of the KMT have sought to defend Hsieh by claiming that this is simply discriminating against those that are wealthy.

Tsai has called on prosecutors to investigate Hsieh. It is to be seen if this takes place, as the authorities may be reluctant to take on a case that may cause police to be seen as acting on behalf of the Tsai administration and ruling DPP. Indeed, this was a difficulty also faced by investigators looking into possible corruption by Lin Zi-miao, seeing as Lin has defended herself by claiming that charges of wrongdoing leveled against her by the Tsai administration are merely a form of politically persecuting rivals. If there is wrongdoing by Hsieh, partisan attacks on him by the DPP may, in fact, make it more difficult for a non-politicized investigation to be carried out.