At the same time, one notes that Xi’s comments were primarily boilerplate, in that Xi did not announce anything new directed at Taiwan. To a large extent, Xi sought to tout what he claimed were accomplishments vis-a-vis attempts to pacify Taiwan, which may be aimed at justifying his third term.

To this extent, as on past occasions, Xi stated that the use of force was on the table to achieve unification. That is, Xi stated: “We will continue to strive for peaceful reunification with the greatest sincerity and utmost effort, but we will never promise to renounce the use of force. We reserve the option of taking all measures necessary.” Reunification was linked by Xi to the broader project of “national rejuvenation” that he claims is the historical task of his administration.

Otherwise, Xi linked support for separatism to what he claimed was foreign interference. But Xi downplayed support for independence in Taiwan, claiming that only a small minority of Taiwanese supported independence, and that there was “Strong support for patriotic reunification among Taiwanese”. In this vein, Xi touted Hong Kong’s National Security Law as a success in pacifying separatist forces in Hong Kong and accomplishing the task of bringing Hong Kong back into the fold.

Some analysts have interpreted Xi’s comments as primarily directed at the US, pointing to how Taiwan has increasingly been foregrounded in US-China tensions. This is particularly so after the historic visit to Taiwan by US Speaker of the House Nancy Pelosi in August, which was followed by not only a number of other visits by US elected officials, but live-fire drills conducted by China around Taiwan that took place closer to Taiwan than during the Third Taiwan Straits Crisis.

While one expects Chinese efforts to militarily intimidate Taiwan to continue, at the same time, one notes that China did not step up drills around Taiwan around the time that the 20th National Congress is to take place, or around the time of Chinese National Day on October 1st. This contrasts with last year, during which China escalated air incursions into Taiwan’s Air Defense Identification Zone to a daily basis, setting historic records with the number of planes it deployed. This may gesture towards how China hoped for relative stability before the 20th National Congress.

In the meantime, the Tsai administration has sought to emphasize that it hopes for peace, while it will not back down in the face of the threats. In comments, Presidential Office spokesman Xavier Chang stated that Taiwanese hope for peace and democracy, and that Taiwan is sovereign and independent, quoting from National Day comments by President Tsai Ing-wen made on when Taiwan commemorates National Day on October 10th. 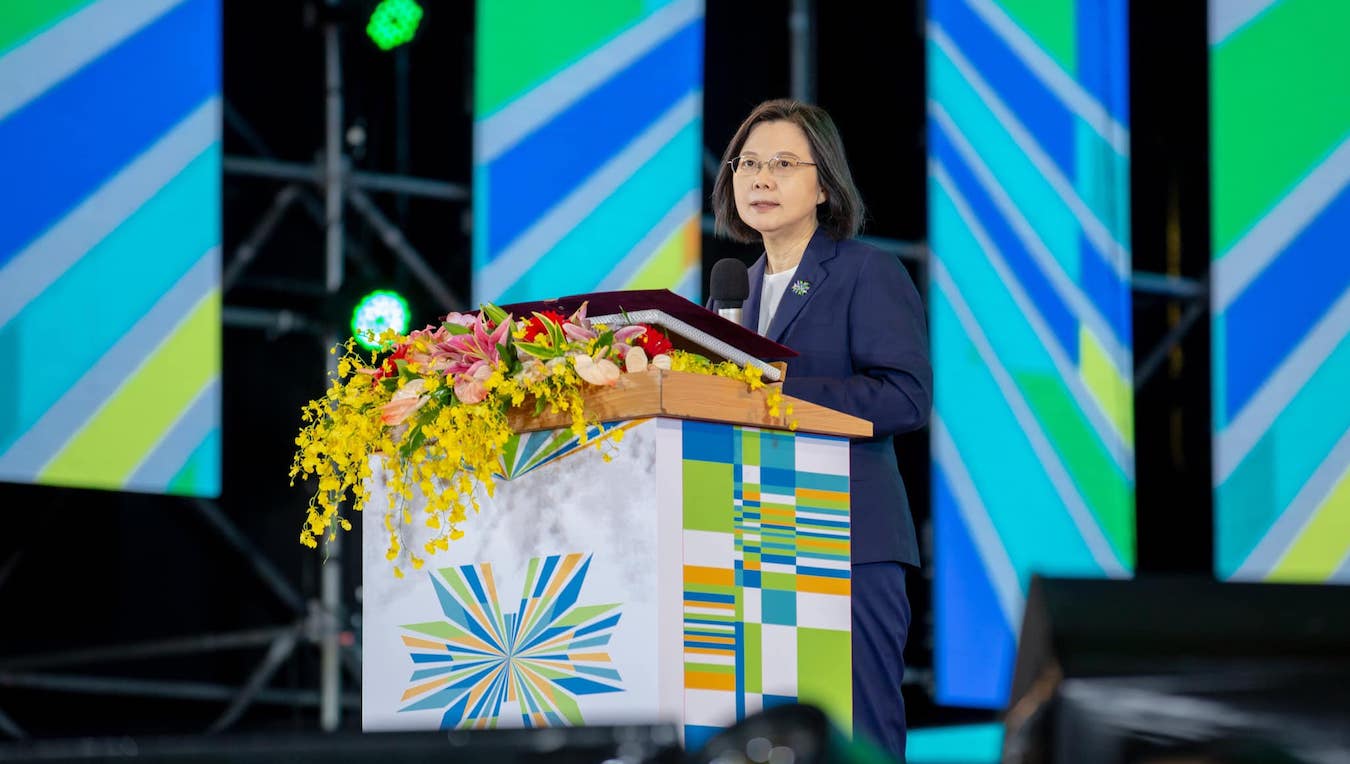 These comments take place in a timeframe in which Minister of Defense Chiu Kuo-cheng has gone on record stating that Taiwan would consider drone incursions by China into its territory to be a first strike. Nevertheless, as is true of the Tsai administration more broadly, Tsai sought to avoid escalating tensions with China in her National Day address, instead offering an olive branch by stating: “Provided there is rationality, equality, and mutual respect, we are willing to work with the Beijing authorities to find a mutually agreeable arrangement for upholding peace and stability in the Taiwan Strait.” Tsai may be aiming to minimize tensions but not responding directly to Xi, but through other government officials.

It is to be questioned to what extent China is willing to ramp up tensions at present, particularly seeing as too much disruption in the equation may disrupt Xi Jinping’s efforts to consolidate his political power into his third term. Xi’s comments indicate that he both sees Taiwan to tackle as part of his political mandate as leader, as well as that he hopes to politically gain from touting his accomplishments on the Taiwan front. It is to be seen whether this pushes Xi to further action vis-a-vis Taiwan.