THE QUESTION OF who the DPP and KMT intend to field as their mayoral candidates in Taipei and Taoyuan has come under scrutiny in recent days, as the primary season comes to a close before nine-in-one elections later this year.

It was originally thought that the DPP might field Minister of Health and Welfare Chen Shih-chung to run for mayor of Taipei, while the KMT would run legislator Chiang Wan-an. Chen oversaw Taiwan’s response to COVID-19 as Minister of Health and Welfare and head of the Central Epidemic Command Center. Chiang Wan-an, whose father is former legislator John Chiang, claims to be the great-grandson of Chiang Kai-shek. The Chiang family is purportedly illegitimate and originally was surnamed Chang, but changed their last name to Chiang to claim the political legacy of Chiang Kai-shek and Chiang Ching-kuo. 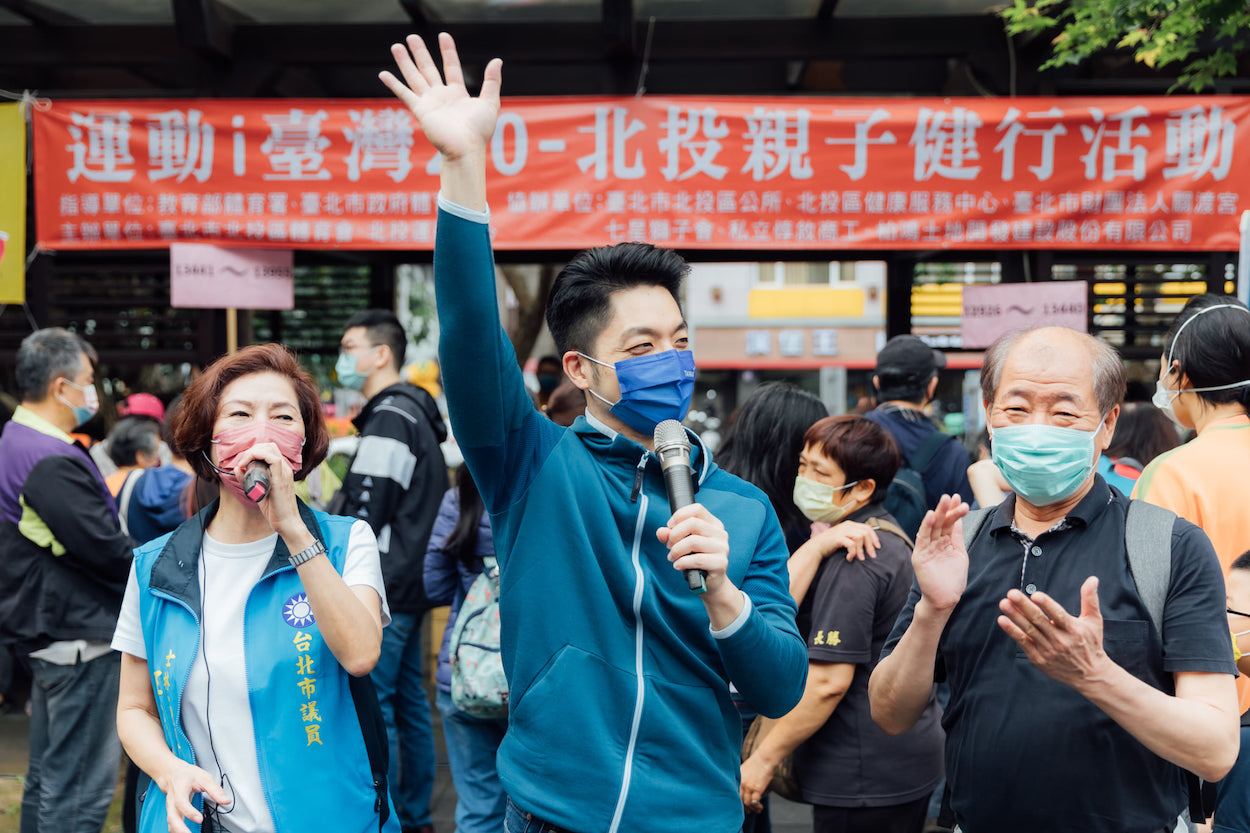 Chen has enjoyed periods of high public popularity due to Taiwan’s successes fighting COVID-19. Although often perceived as a technocrat rather than a politician, Chen previously served as a party list candidate of the DPP in the 2000s, and was brought into the DPP because of successes drawing dentists into the DPP through his leadership of dentist associations. Yet given the current COVID-19 outbreak, during which Taiwan is transitioning away from COVID-zero and toward COVID-management policies and seeing a high number of cases, this has dealt a blow to Chen’s popularity. Chen has particularly been criticized over shortages of rapid tests, with the public clamoring for the limited supply of tests in order to avoid spreading COVID-19 to friends and family.

It was previously thought that Tsai Ing-wen inviting her previous vice president, Chen Chien-jen, to join the DPP may have been a move aimed at freeing Chen up to run for mayor if Chen Chien-jen took up Chen Shih-chung’s post. Chen was the epidemiologist that oversaw Taiwan’s response to SARS, as head of the Department of Health, the predecessor of the Ministry of Health and Welfare. Though he served as Tsai’s vice president, he was not a DPP party member. When Chen became Tsai’s president, as a prominent Catholic public figure, it was thought that this may have been aimed at shoring up ties with the Vatican.

Indeed, Chen’s public approval was always linked to the Tsai administration’s handling of the COVID-19 pandemic, as a result of which his viability as a mayoral candidate was contingent upon whether the COVID-19 situation remained stable–or was perceived as stable–in Taiwan. By contrast, while Chiang Wan-an is currently quarantining due to contracting COVID-19, he is expected to be officially announced as the KMT’s Taipei mayoral candidate once he is released from quarantine.

In the meantime, the KMT has surprised by naming former premier Simon Chang as its Taoyuan mayoral candidate. Chang previously served as premier under the Ma administration.

Chang being named as the KMT’s Taoyuan mayoral candidate took place after a public spat between chair Eric Chu and Taipei city councilor Lo Chih-chiang, with Lo announcing his intention to run for mayor of Taoyuan in spite of the party central’s decision to pass him over as the KMT’s Taoyuan candidate. Lo is a rising figure in the party, as the former deputy secretary-general of the KMT under the Ma administration, and director of the Institute of Revolutionary Practice, a KMT educational institution.

An unpredictable wild card in the Taipei mayoral race may be the TPP, which is expected to run Ko Wen-je’s deputy mayor, Huang Shan-shan, as its candidate. There has been some controversy within the party about that Huang is technically a People First Party member and never actually joined the TPP yet, she is probably the TPP’s strongest candidate at present. Yet the TPP could potentially divide the vote for the pan-Blue camp if it fields a candidate. 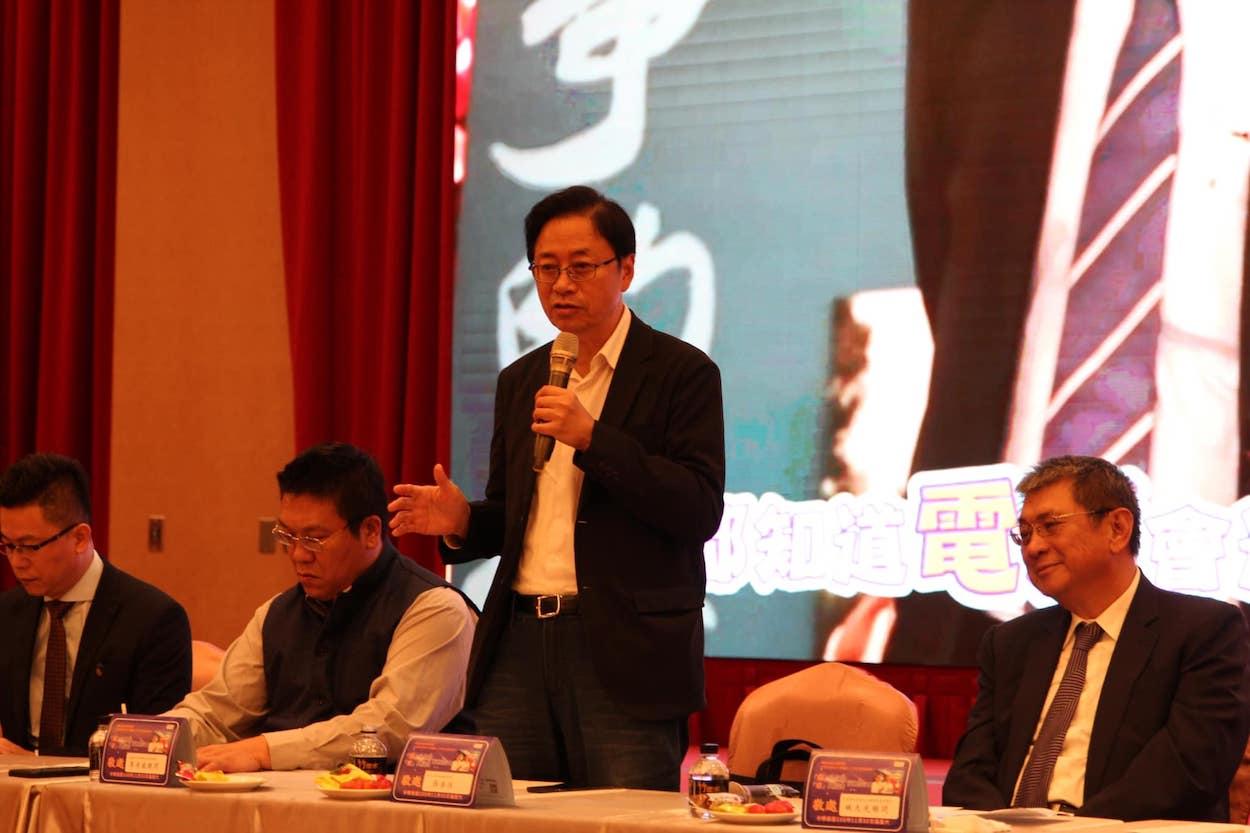 Rumors began to circulate earlier this week that former KMT presidential candidate Han Kuo-yu intended to throw his hat into what was already a crowded race. Han was recalled from his position as mayor of Kaohsiung by overwhelming margins after he was defeated by Tsai in 2020 presidential elections, but he appears to be angling at a political comeback as of late. But Han publicly backed off after Chang, his vice presidential candidate in 2020, was announced as the KMT’s candidate.

It is up in the air for the DPP, as well, who will succeed Cheng Wen-tsan as Taoyuan mayor. Cheng distinguished himself in past years for maintaining DPP control of Taoyuan, which has traditionally been viewed as firmly Blue territory. As such, Cheng has been touted as a potential presidential candidate for the DPP in 2024, even if his star seems to have receded in favor of vice president William Lai as of late. The DPP may experience difficulties finding another candidate able to maintain control of Taoyuan.