Cases Break 40,000 for Third Consecutive Day, as Transitional Policies Continue to be Implemented

Deaths have been higher in past days, however. The past four days have been more than ten deaths per day. Twelve deaths were reported today, twelve yesterday, eleven the day prior, and and ten on Friday. As deaths reflect an earlier period in the outbreak, it is probable that the number of deaths will continue to rise.

Despite the fact that the last three consecutive days have seen a decline in the number of cases, Minister of Health and Welfare Chen Shih-chung has stressed that the number of COVID-19 cases is seen as continuing to rise. The decline in cases could, after all, be due to fewer tests that took place over the weekend, and it will require more days of observation to see whether this represents a genuine decline. 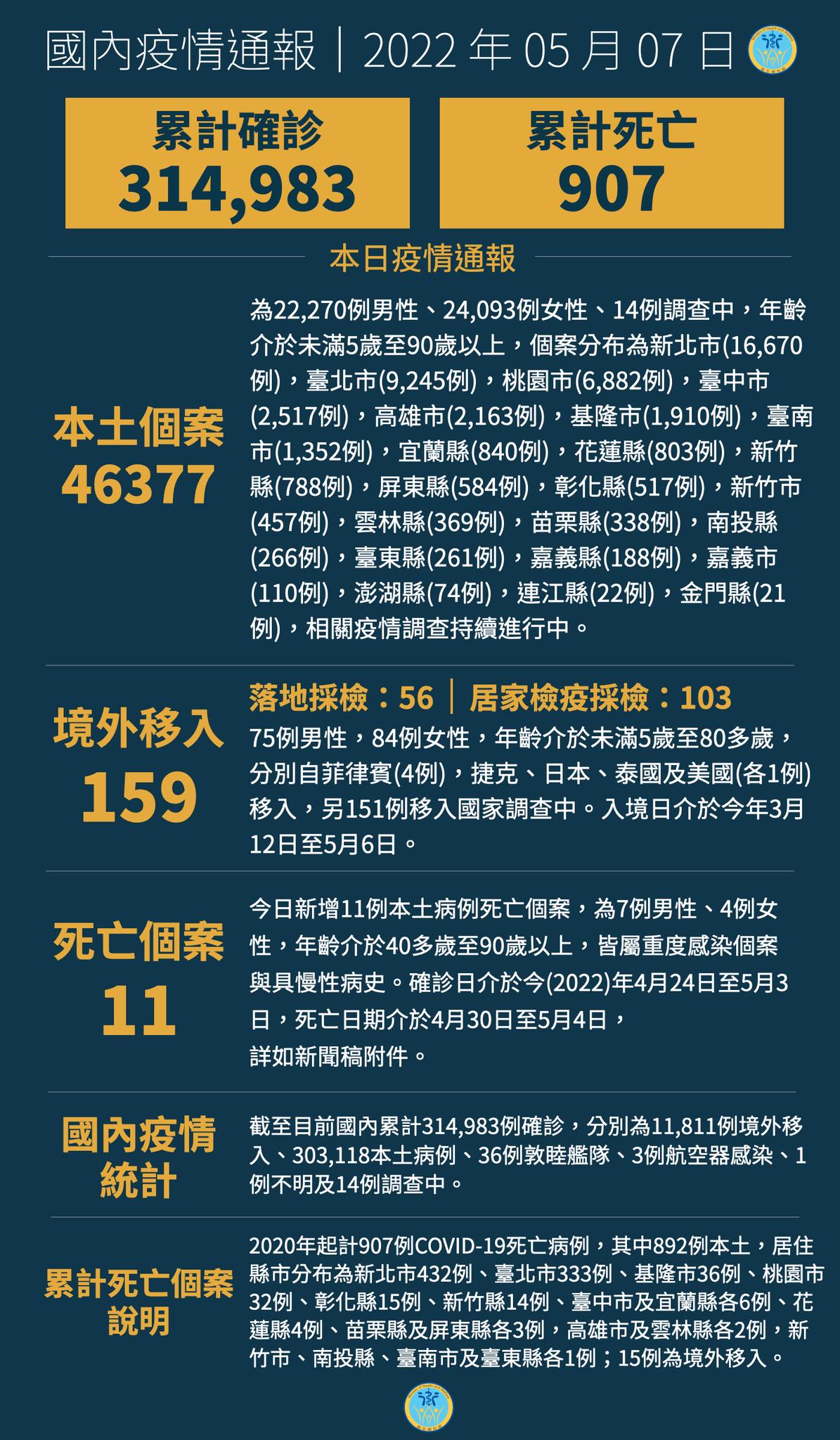 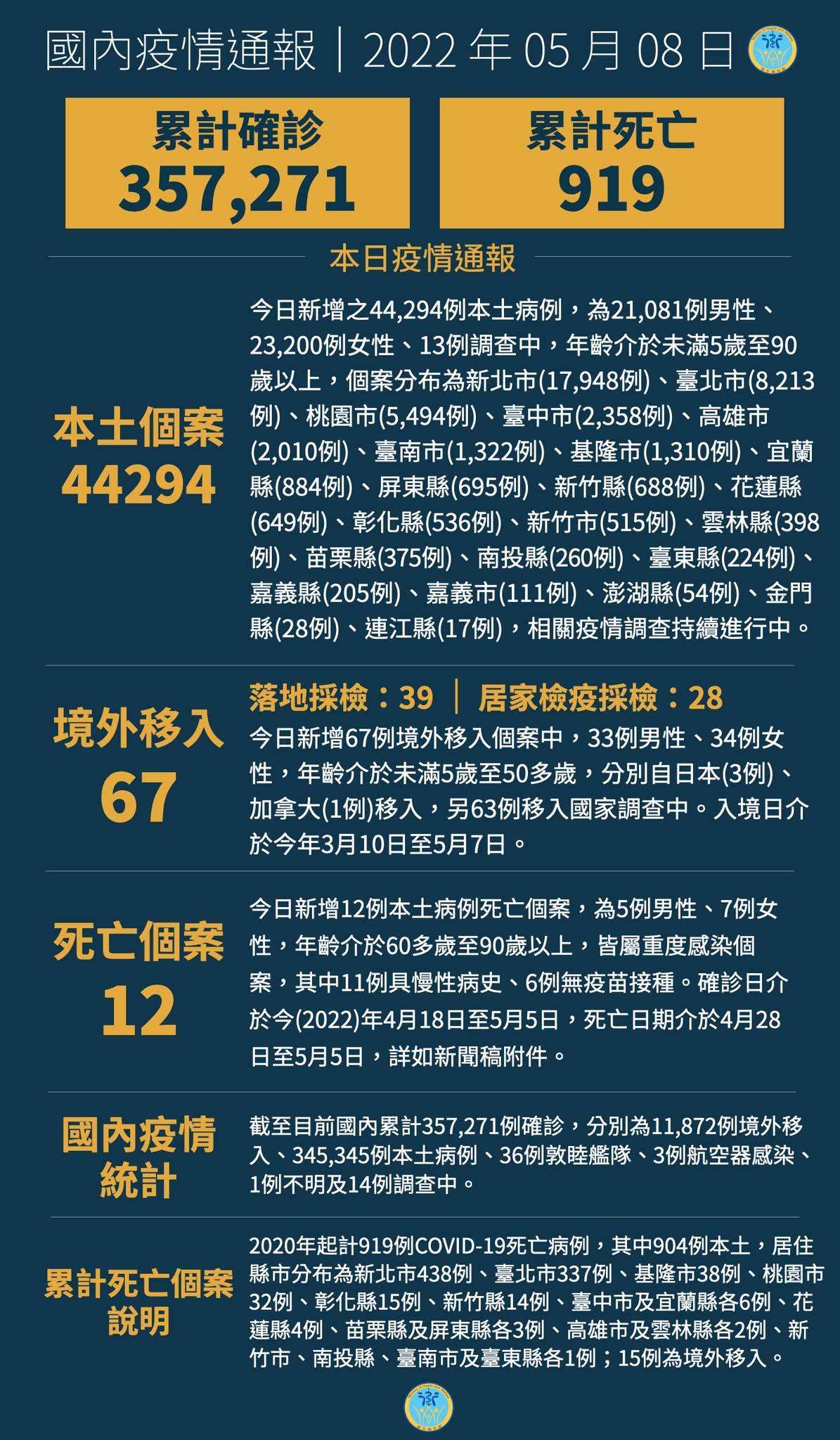 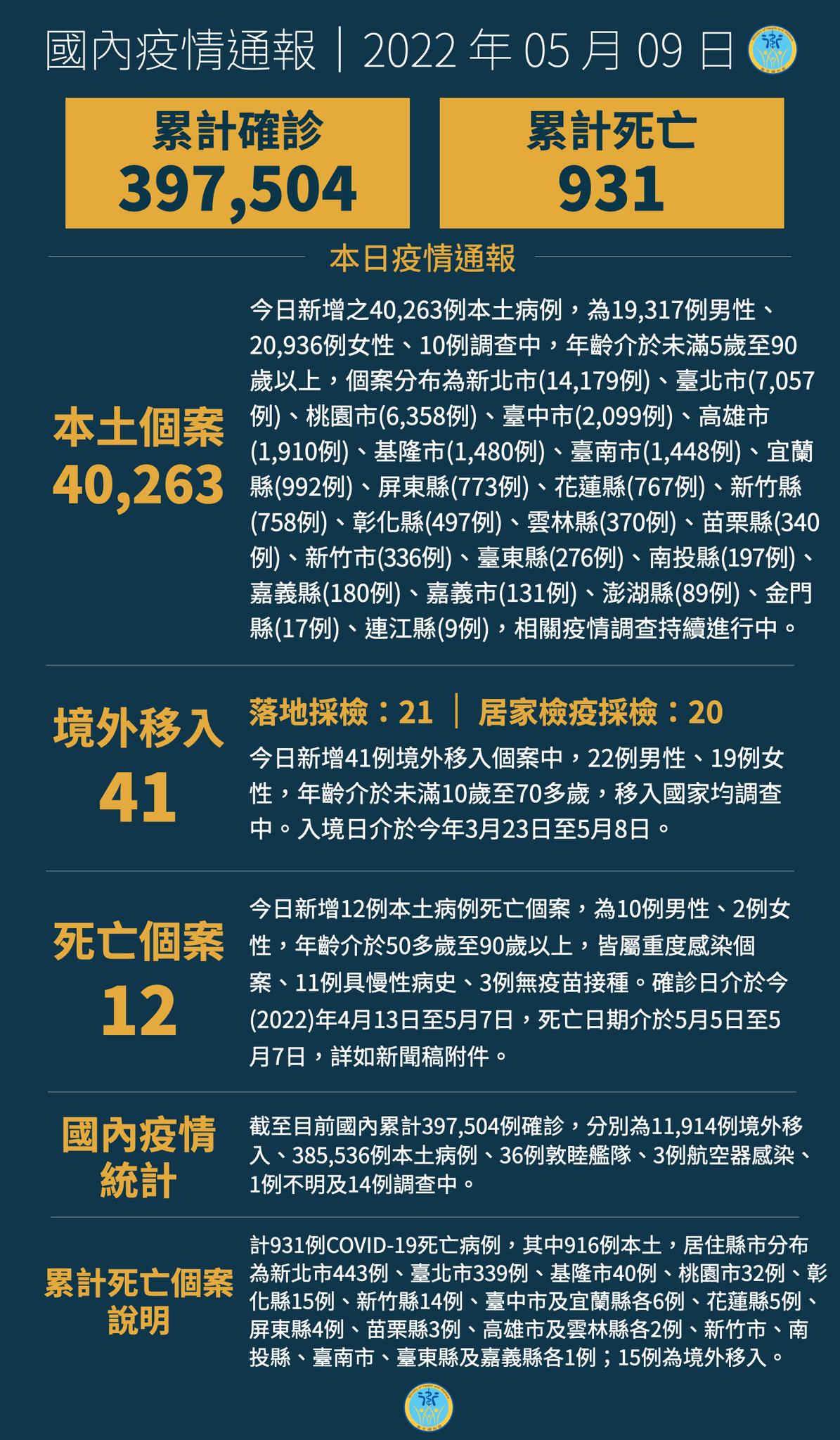 Infographics on the number of daily cases for the last three days. Photo credit: Ministry of Health and Welfare/Facebook

The Ministry of Health and Welfare currently predicts that cases have not reached their peak, which will come in late May or early June, followed by a decline of 2/3rds of the case count, though estimates as to how many daily domestic cases that Taiwan at its peak will see vary in number. The Ministry of Health and Welfare is looking to other countries in the region to offer precedents as to predicting when peak periods will come and subsequent declines, though one notes that Taiwan has seen relatively few waves of COVID-19 compared to such countries.

It is anticipated that there will be further relaxation of measures in the future, with the Ministry of Health and Welfare stating that the mask mandate that has been maintained in Taiwan since the start of the pandemic may be relaxed in July. After the peak period ends, the Ministry of Health and Welfare may also downgrade the categorization of COVID-19 to of less importance, though this will not mean phasing out quarantines altogether.

After May 12, individuals that test positive for COVID-19 via rapid test will be considered to be COVID-positive, and should make arrangements for a proper diagnosis via the Eucare app. Before May 12th, after testing positive for COVID-19 via rapid test, individuals should still arrange for PCR tests after contacting authorities or after traveling to the nearest hospital or test site.

Since the phasing out of the QR code contact registration system–once the number of cases in Taiwan grew to beyond a number that was possible to contact trace–the government is calling on the public to download and use the Social Distancing app that it developed and rolled out. The app monitors close contacts with individuals that have been found to be positive for COVID-19, following which the app issues a warning to users.

Taiwan is transitioning to a system in many ways reliant on voluntary reporting and rapid testing, then. Efforts continue to boost vaccination among demographics with low rates of vaccination, such as the elderly, and vaccinations are taking place for children between 6 and 11 with Moderna. 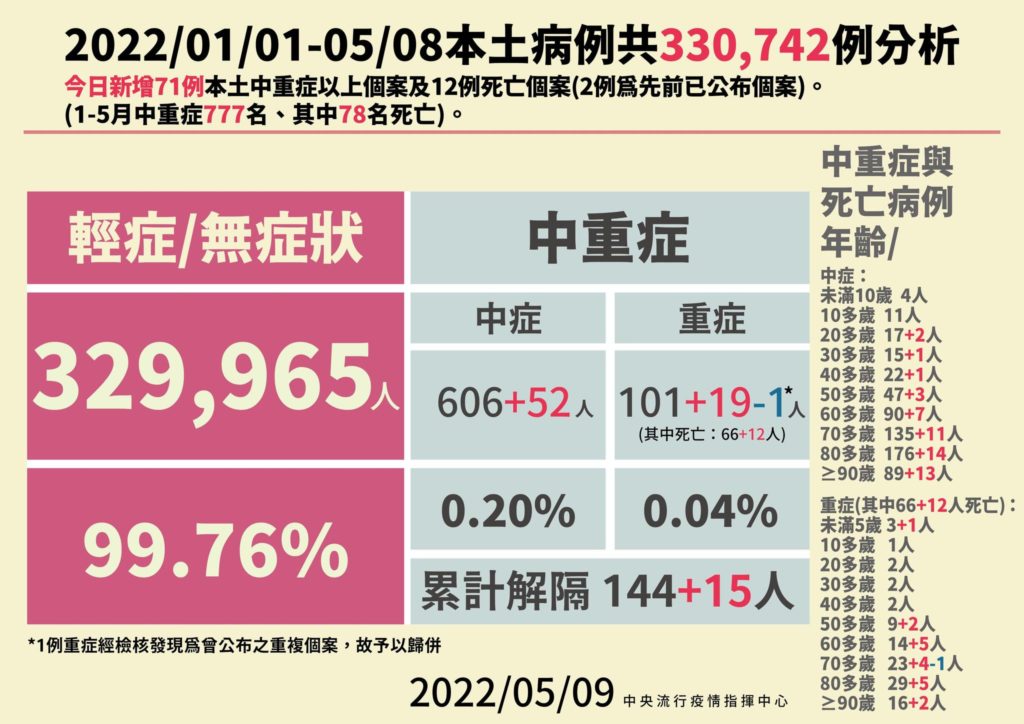 Infographic on the number of light or asymptomatic cases, versus the number of cases of medium severity or serious cases. Photo credit: Ministry of Health and Welfare/Facebook

Nevertheless, there continue to be issues with shortages of rapid tests, with long lines at pharmacies for rapid tests despite the implementation of a national rationing system based on the system previously used for medical masks. President Tsai Ing-wen herself has been critical of the Ministry of Health and Welfare regarding this shortage, which has also been used as a point of attack by the KMT. The KMT has also alleged irregularities with companies awarded bids for rapid tests, in line with a political narrative that claims that DPP politicians made policy decisions regarding vaccines due to their investments in specific companies. This is claimed about Minister of Health and Welfare Chen Shih-chung regarding rapid tests and was claimed about President Tsai Ing-wen regarding vaccines in the past.

Rather, COVID would have found its way into Taiwan’s borders eventually, as aided by the fact that borders are always porous–even for islands–and due to the development of newer, more infectious variants of COVID-19. As such, the endgame has been for a long time learning to accommodate co-existence with COVID-19, while minimizing deaths. It is to be seen if this can be accomplished.