BACKLASH FROM PAN-GREEN legislators has led the Mainland Affairs Council to delay a plan to allow individuals from Hong Kong and Macau to obtain permanent residency in Taiwan after five years on a work permit. What the incident shows is the dynamics regarding perceptions of Hong Kong in Taiwan at present. Namely, as democratic freedoms continue to deteriorate in Hong Kong, it is increasingly possible that Taiwan simply comes to treat Hong Kong as part of China–and Hongkongers as Chinese. The issue continues to be contested over, with members of the pan-Green camp having not reached a consensus on the issue.

The plan would have allowed Hongkongers and individuals from Macau that have resided in Taiwan for over five years on a work permit and make twice the minimum wage in their fifth year of residency to apply for permanent residency, which would allow them to receive a ROC ID card. This means making 50,500 NT monthly or 606,000 NT annually, though such individuals do not need to prove that they make this amount monthly, but could do so annually, since some may make this amount from multiple jobs. Such individuals would have to be present in Taiwan for at least 183 days over the course of those five years and individuals who obtain a master’s or doctorate in Taiwan could have the five-year period reduced by one year or two years, respectively. 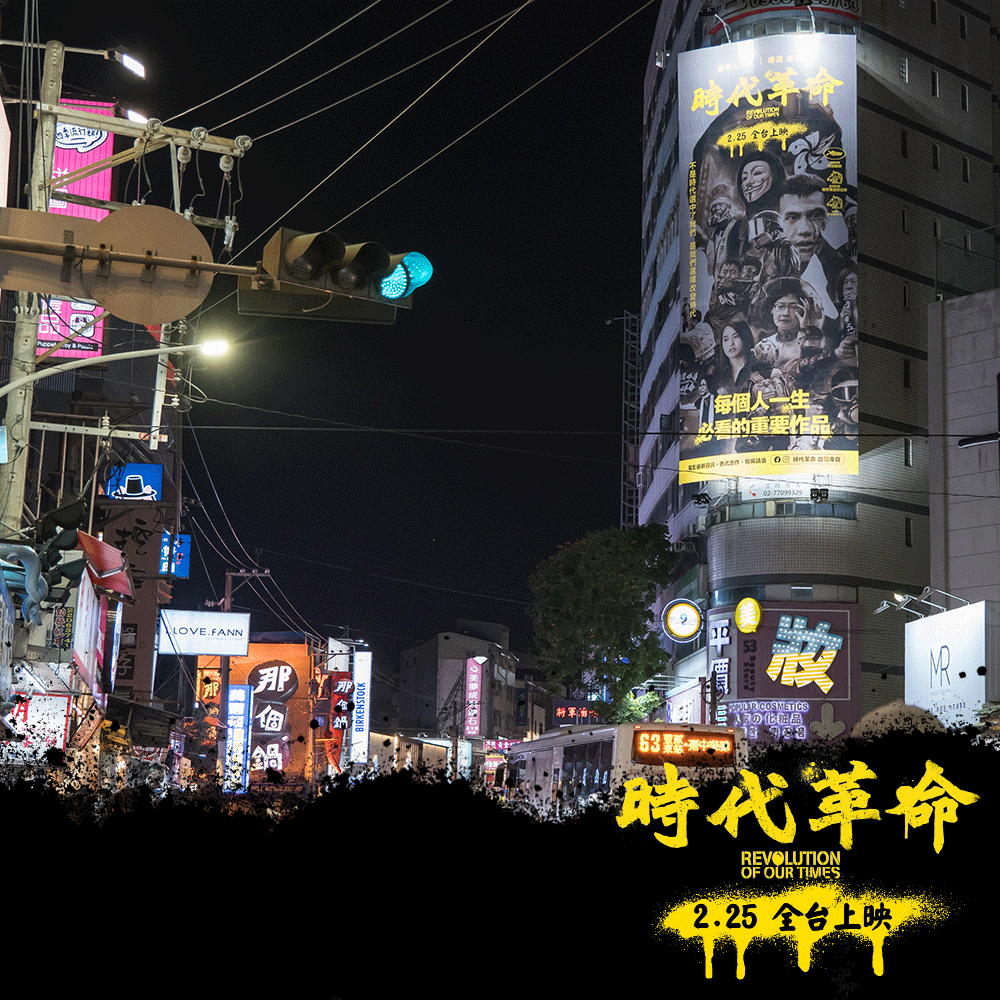 Billboard for Revolution of Our Times. Photo credit: 時代革命 台灣專頁/Facebook

Under current regulations, similarly, Hongkongers and individuals from Macau that graduated from Taiwanese universities and have five years in Taiwan on a work permit can obtain residency if, in their fifth year, they make twice the minimum salary. Otherwise, current regulations stipulate that Hongkongers or individuals from Macau with relatives in Taiwan are entrepreneurs in recognized fields, have special technical skills or experience, or are recognized by the government can obtain permanent residency.

There has been increased discussion in Taiwan of whether to allow Hongkongers to receive permanent residency in Taiwan after box office records were set by Hong Kong protest documentary Revolution of Our Times, which proved the highest-grossing non-Taiwanese Chinese-language documentary film in Taiwanese history. Revolution of Our Times only saw national theatrical distribution in Taiwan, given the inability to screen the film in Hong Kong at present. The film ended on the note of some of the Hong Kong protesters it had been following moving to Taiwan and has led to discussion of whether Taiwan should do more for Hongkongers.

President Tsai Ing-wen was among those to express support for Hong Kong after viewing the film. Likewise, the government is currently pursuing efforts to attract foreign talent to Taiwan, including through the Taiwan Employment Gold Card program. One notes that proposed measures to allow for permanent residency for Hongkongers were discussed at the same time as measures that would allow for migrant workers or graduates of Taiwanese universities with an associate’s degree classified as “intermediate skilled manpower” to obtain residency in Taiwan after five years working.

Particularly strident on the issue was DPP legislator Lin Ching-yi. Some of Lin’s concerns were protectionist in nature, raising the question of whether Taiwan has any shortage of veterinarians, lawyers, or other professionals that it requires Hongkongers to fill vacancies for. To this extent, Lin asserted that the Mainland Affairs Council had failed to consider public opinion with the move, which she claimed could harm relations between Taiwanese, Hongkongers, and other foreigners.

Lin’s comments were later criticized on Facebook by Chiang Min-yen, researcher at the Economic Democracy Union, and a well-known Taiwanese activist working on issues pertaining to Hong Kong. Chiang pointed out that Lin’s comments were inaccurate, in that she seemed unaware that current regulations already allow Hong Kong graduates of Taiwanese universities to obtain permanent residency after working in Taiwan for five years. To this extent, whether Taiwan is in need of Hong Kong veterinarians or lawyers, there is currently no means for Hongkongers with professional qualifications recognized in Taiwan to permanently reside in Taiwan, instead they continue to use temporary residency permits. This could potentially create issues for Hongkongers that are unable to work due to employment, health reasons, or family, but potentially face threats if they return to Hong Kong. 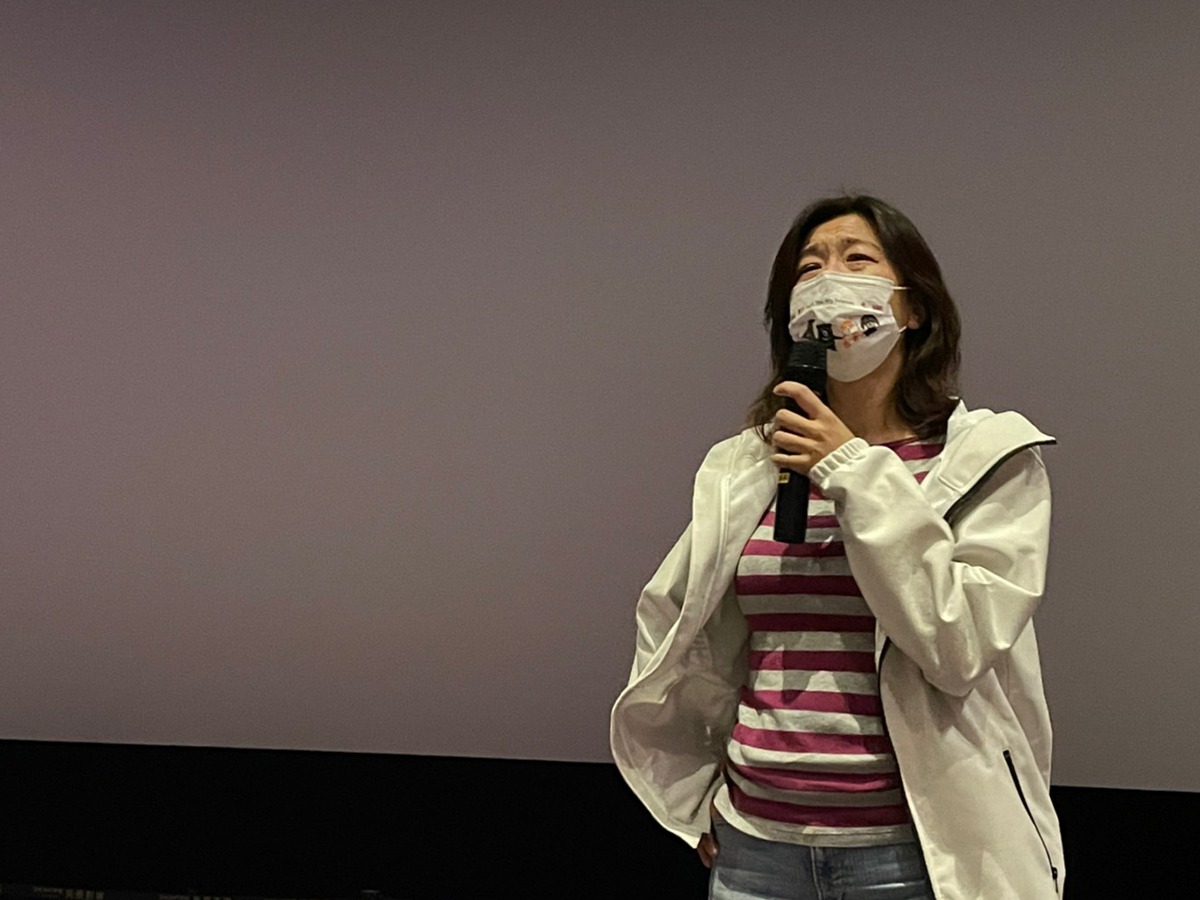 Political scientist Wu Jieh-min also speculated after the incident as to whether Taiwanese people’s attitudes toward Hong Kong had changed. In a Facebook post, Wu also pointed out that Lin had previously organized a screening of Revolution of Our Times in Taichung.

Taiwanese support for Hong Kong does not occur purely out of solidarity, but because of how Taiwanese see their own plight in Hong Kong’s. And so, as reactions from pan-Green legislators go to show, this may not actually entail support for Hong Kong refugees or other individuals hoping to travel to Taiwan. Ironically, there are already means for Chinese to work, study, or settle in Taiwan, and while there may be some infiltration, this is not a severe threat–one imagines this would also be the case regarding Hongkongers settling in Taiwan. Nevertheless, it would not be surprising if the exclusion of Hongkongers was justified due to purported security threats, perhaps with an undercurrent of protectionism, with Taiwanese sympathy for Hong Kong only going so far.