CANNABIS DECRIMINALIZATION advocacy group Green Sensation 2.0 demonstrated over the weekend at Liberty Plaza and outside the Ministry of Justice on Saturday, April 16th.

In particular, Green Sensation 2.0 held a day of outdoor activities at Liberty Plaza on Saturday, which began at 1 PM and lasted until 7:30 PM. This included an outdoor market, during which a stage was set up for speeches and performances. 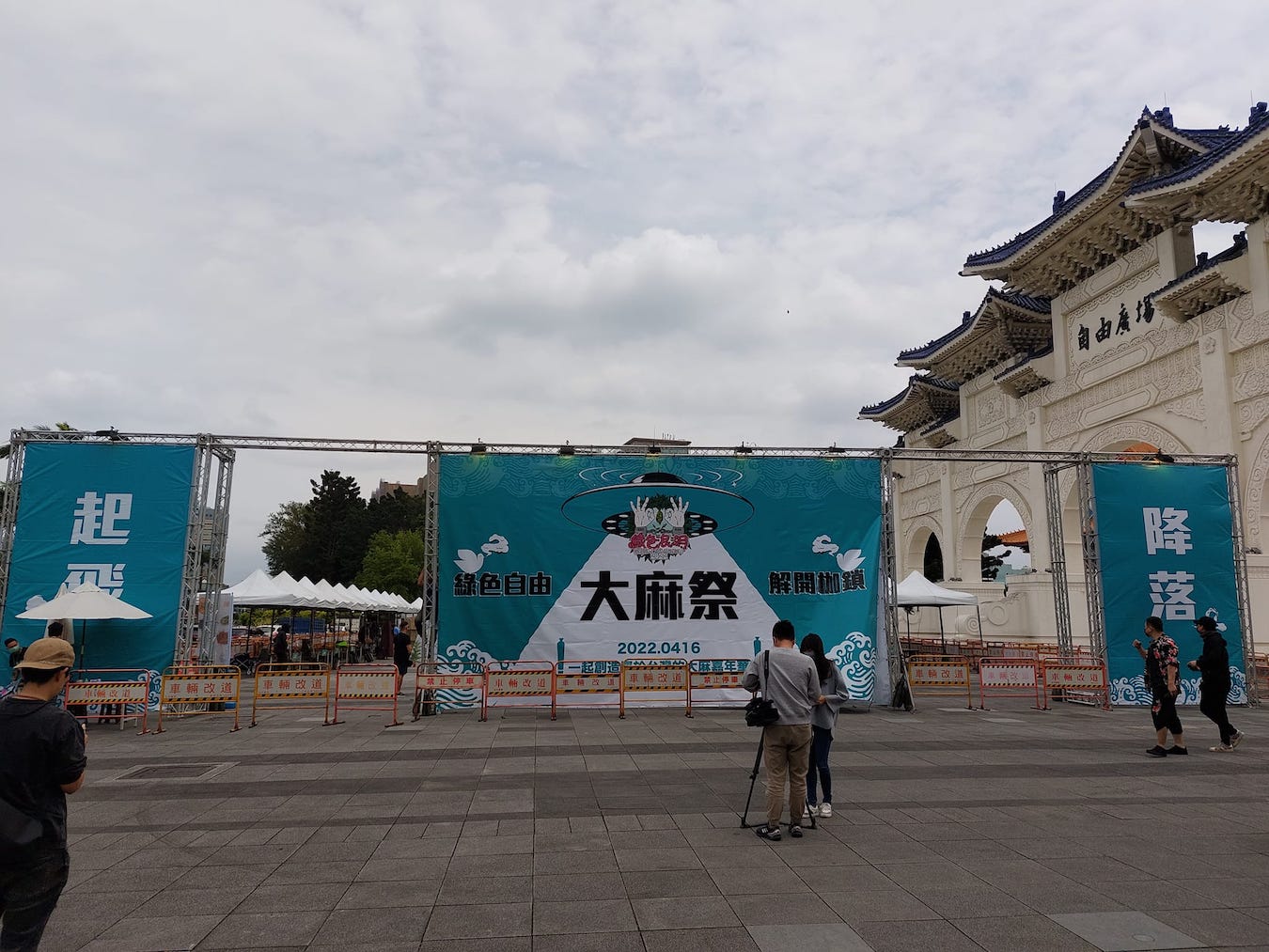 Attendees were urged to comply with COVID-19 regulations regarding conducting regular disinfections and mask-wearing. Likewise, attendees were warned ahead of time that there was likely to be a large number of sniffer dogs present on-site.

Similar demonstrations have been held annually around “420”, referring to April 20th, which is celebrated internationally as a day commemorating cannabis. However, April 20th falls on a weekday this year.

Demonstrators urged the removal of cannabis from anti-drug campaigns, with the UN Commissions on Narcotic Drugs removing cannabis from its list of narcotics drugs in December 2020, and the legalization of medicinal products containing up to 0.3 percent tetrahydrocannabinol (THC). THC is the active ingredient in cannabis. To this extent, demonstrators criticized that current government policies allowed for the importation of medicinal products containing cannabidiol, the second most active ingredient in cannabis, under special permit. Yet despite this fact, cannabis was still targeted, and THC products forbidden.

More news coverage of the event has focused on a confrontation between demonstrators and police that took place outside of the Ministry of Justice, however. This took place around 10:30 AM, after members of Green Sensation 2.0 sought to hold a press conference outside the Ministry of Justice to turn over a petition to government representatives listing their demands, with over 14,000 signatures.

Demonstrators originally planned to have a countdown at 4:20 PM, following which they would hand over the petition to the Ministry of Justice. Nevertheless, this was deemed by police to be a pretext for an illegal protest, as a result of which the press conference and petition delivery was changed to take place at 10:30 AM instead, before the start of the event program. Some confrontation still took place with the police regarding how long demonstrators were allowed to hold the press conference for, but no further conflict took place.

Livestream of the press conference

Past demonstrations for cannabis decriminalization had involved marches to government buildings to hand over petitions, which usually began at 4:20 PM, but these took place without incident. It is unknown why police had a different attitude this year.

More broadly, laws targeting cannabis use in Taiwan maintain steep sentences on cannabis possession or the sale of cannabis. The Executive Yuan proposed lowering the penalty for growing cannabis for personal use in 2021, but it proves hard for decriminalization advocacy to gain traction. In particular, there are more prominent public advocates of cannabis decriminalization in recent years, including not only Lee and Chiu, but youth-oriented politicians such as legislator Freddy Lim and former legislator Chen Po-wei. In the past, Lim and Chen pointed to cannabis decriminalization as an area where Taiwan lagged behind international trends. Indigenous activist and singer-songwriter Panai Kusui, who performed at Tsai Ing-wen’s inauguration, has also participated in past 420 protests to call for decriminalization.

Yet conservatives have also attacked youth politicians in the past with the claim that they are drug users. Likewise, one notes that the Tsai administration has sought to present an image of being tough on crime and drugs, touting drug crackdowns as an accomplishment, particularly when they set new records. This takes place in spite of the fact that decriminalization is increasingly common the world over, particularly in the US, from which Taiwan imported some of its anti-drug laws, and has historically looked to for legal precedents. This may be an uphill challenge from advocates, then, seeing as firmly rooted social attitudes will be hard to change.