One case was added from the cluster linked to a chemical plant in Kaohsiung, though this case was found while in quarantine. Two cases were added to a cluster that began with a family in Taitung, which includes the co-worker of a previously known case. 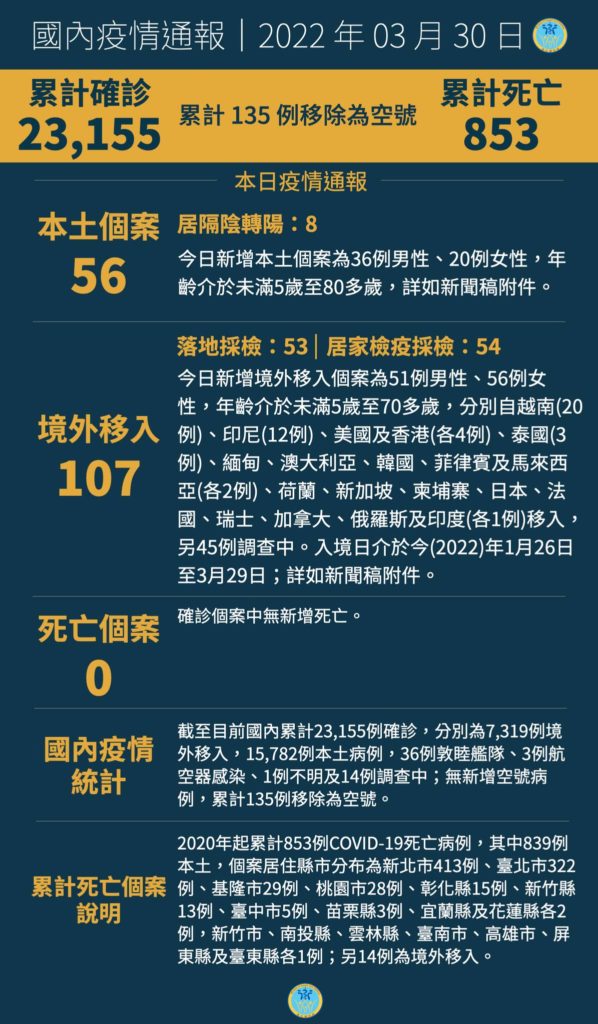 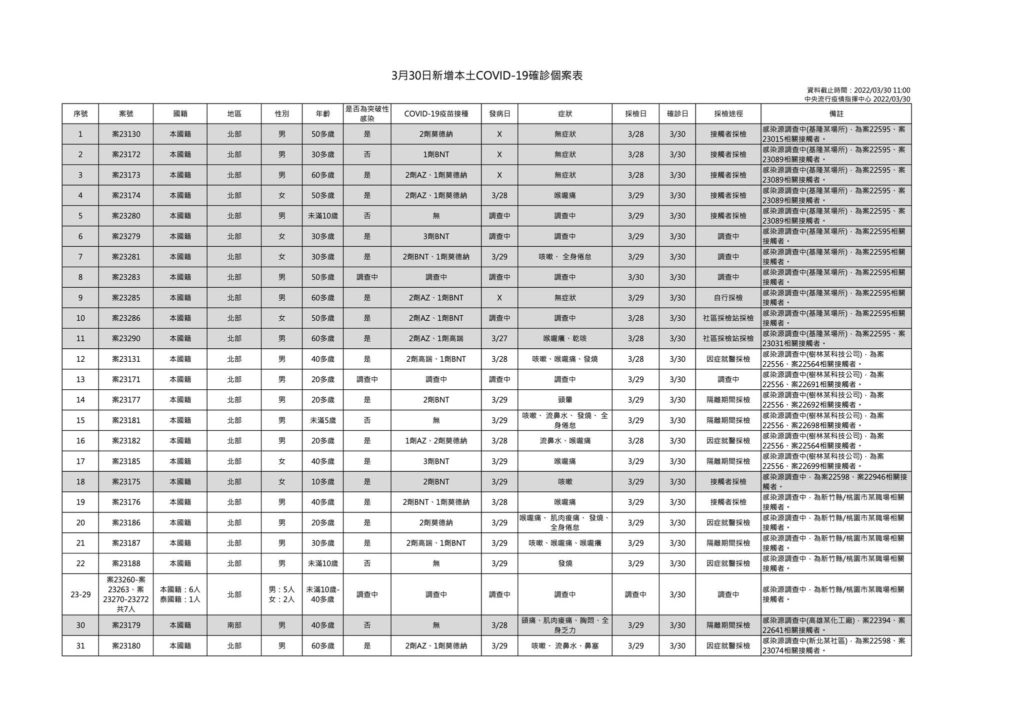 Infographics on the cases from today. Photo credit: Ministry of Health and Welfare/Facebook

Six cases added today were linked to an electronics company in Shulin. Three of these cases were found while in quarantine, with this cluster viewed as from a new transmission chain of COVID-19.

New cases were also found in New Taipei in connection with a street where a number of cases were found, with family members of previous cases added, and from a dialysis clinic visited by a previously known case. 700 at a school in New Taipei were also tested after a teacher was found to be positive.

Minister of Health and Welfare Chen Shih-chung came under scrutiny from legislators in the Legislative Yuan this morning for revealing details about the address of the street when this was not previously done, but Chen has defended himself as not revealing the full address, only enough details that locals could know which street was being discussed.

12 new cases were in connection with a work site in Shulin. What is concerning to the CECC is that one of the new cases was a migrant worker at a neighboring, larger work site, raising concerns of spread to this work site. Further testing is underway.

Keelung, too, continues to be a matter of concern. Six cases were from a family that was infected, with others infected in connection with this family including a friend and co-worker. Six were found at testing sites, with more than 2,000 tests carried out. There have been 68 cases to date in Keelung from the same transmission chain, with 19 from the original cluster. The situation in Keelung is being observed.

In the meantime, there have been a number of individual cases, with unclear sources of infection. This includes two dance teachers with a studio in Taoyuan, but who also teach classes in Taipei and Yilan, a migrant caretaker and their employer, a masseur in Xindian, and at a wedding banquet in Taichung. Most tested in connection with the wedding banquet in Taichung have tested negative. One individual became infected through a quarantine hotel. 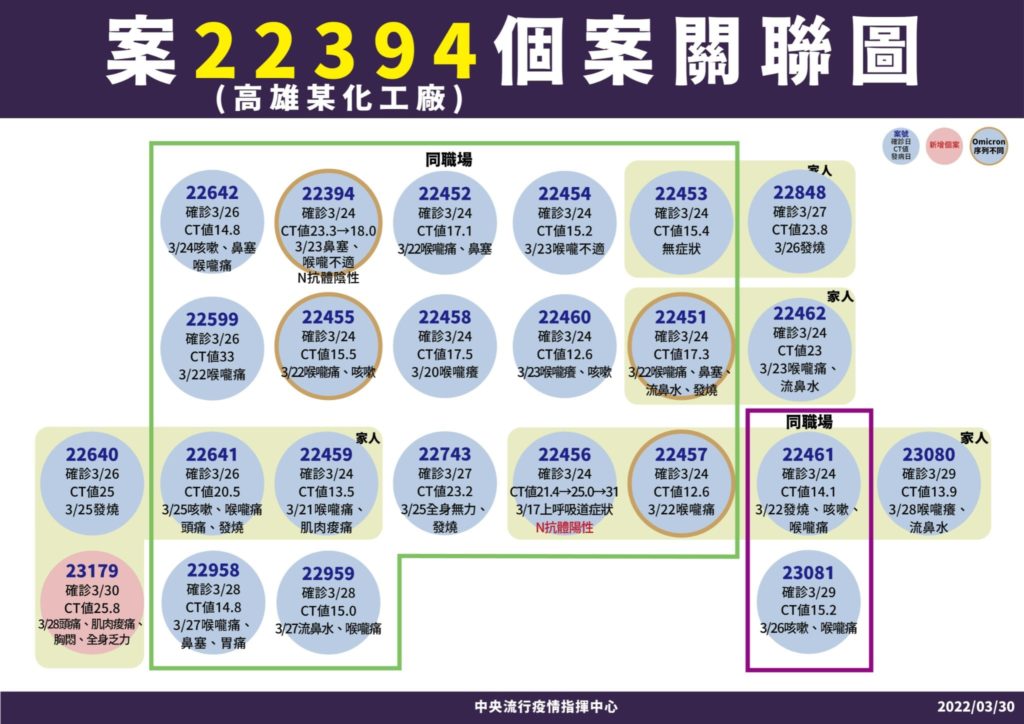 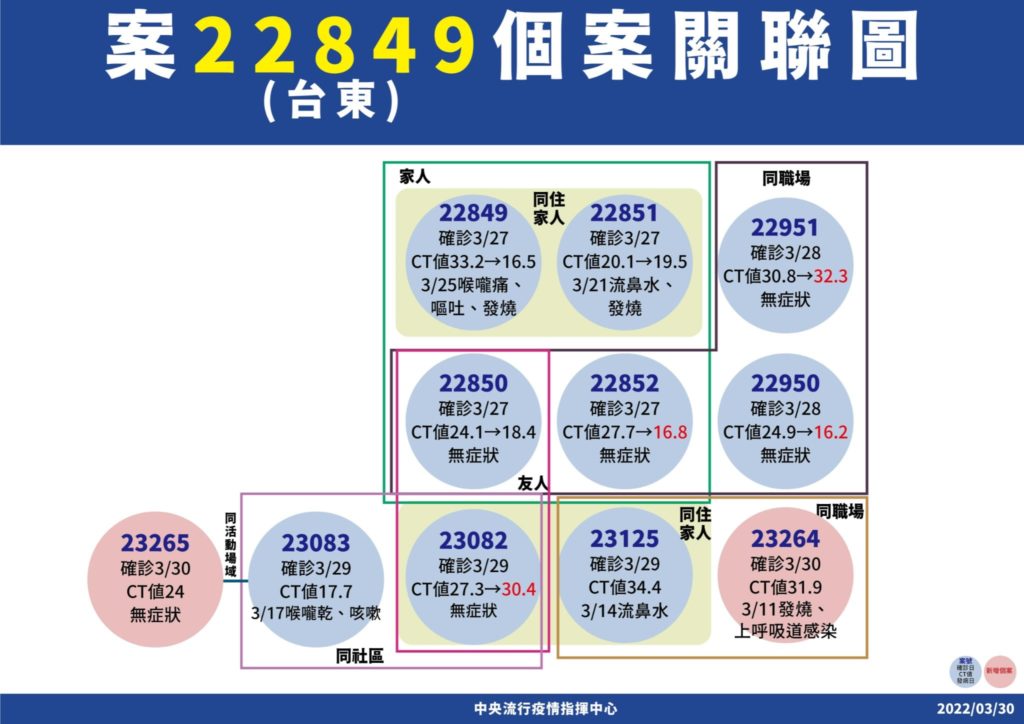 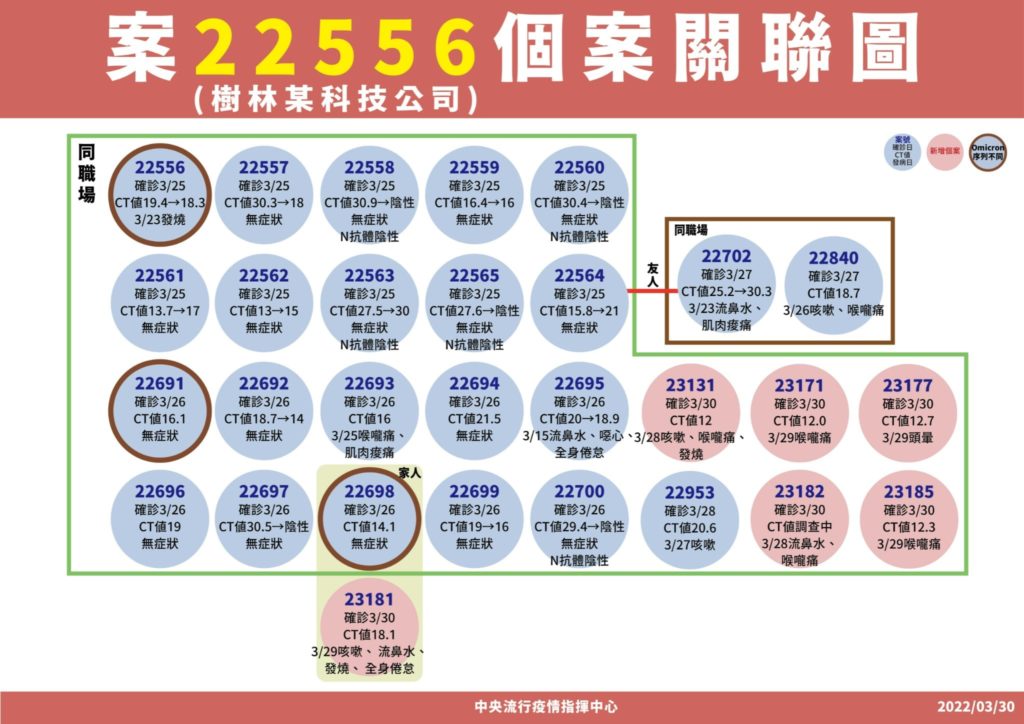 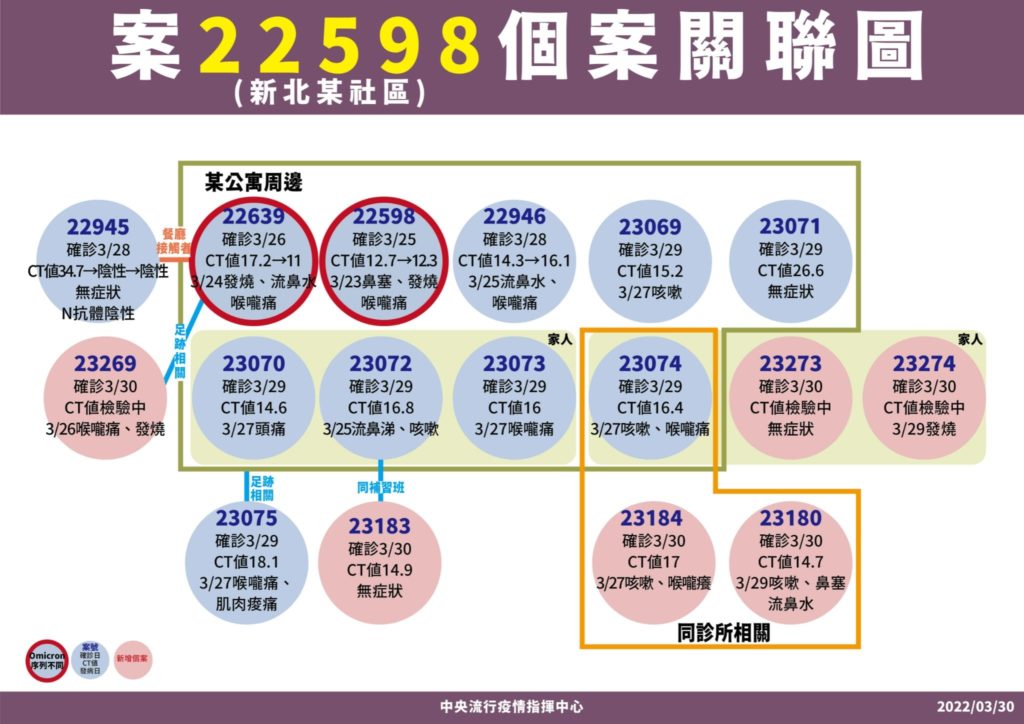 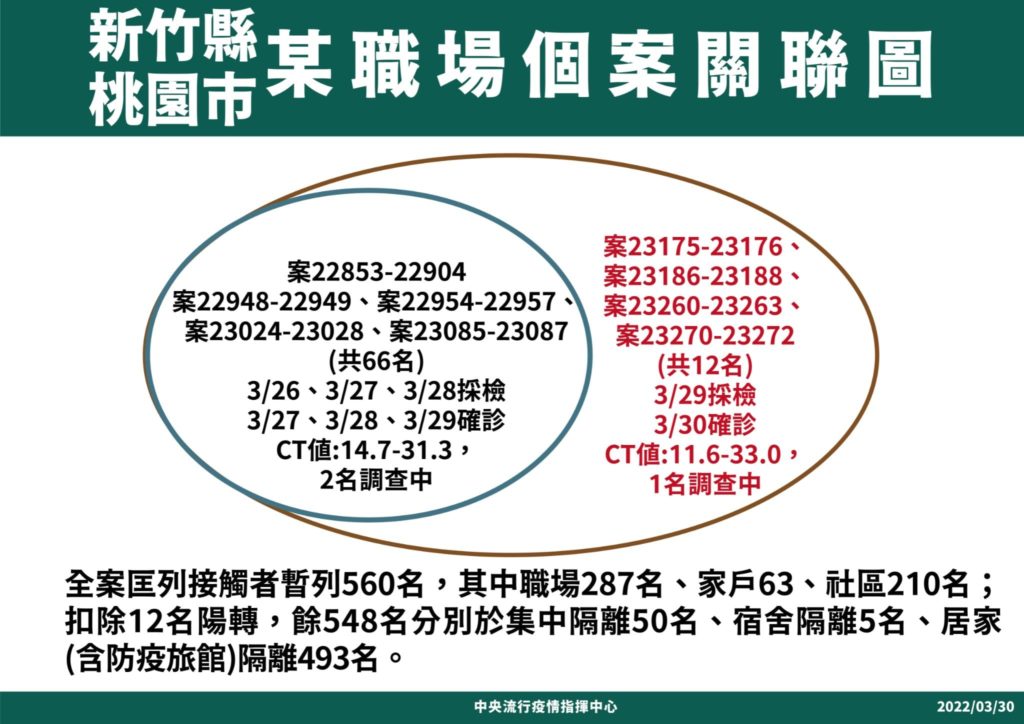 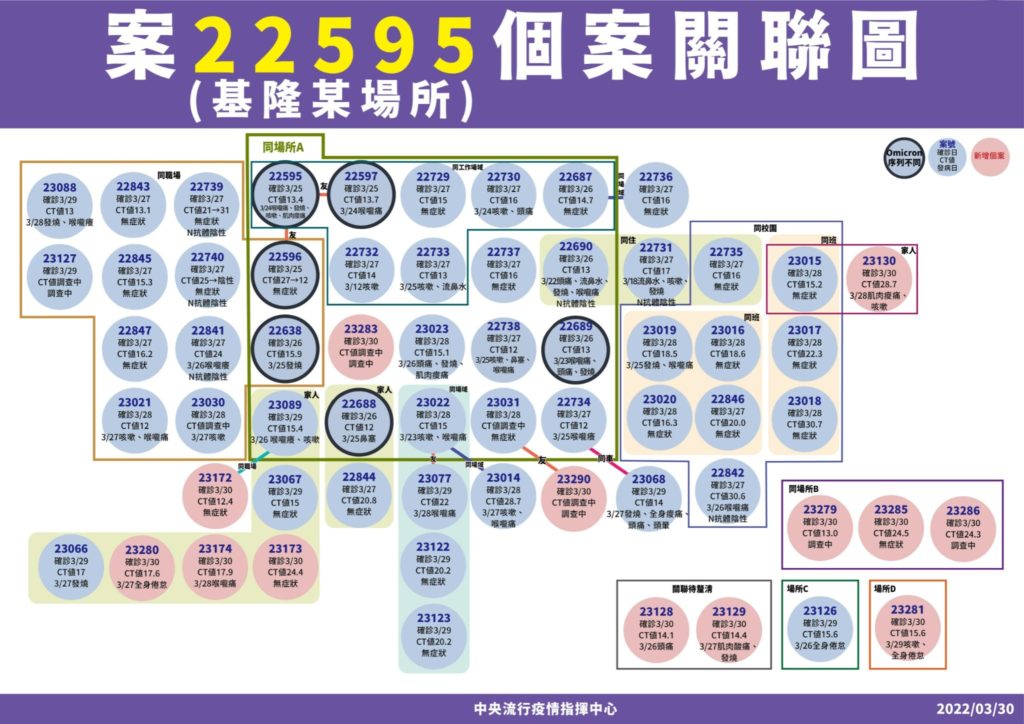 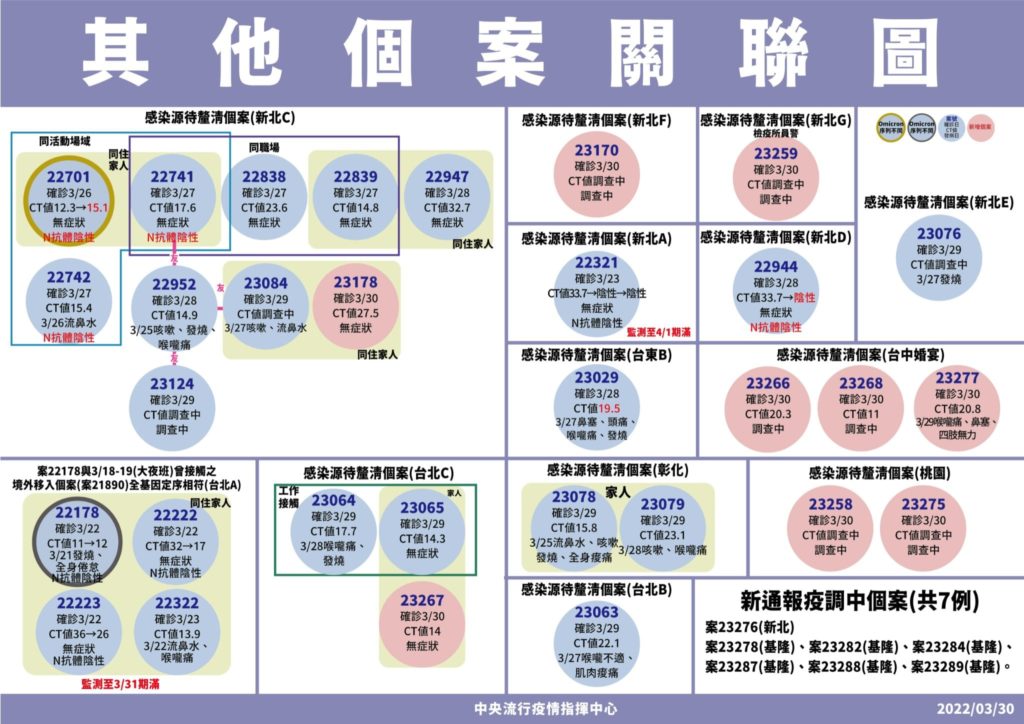 The CECC intends to enhance the distribution of rapid test kits to clinics, for use by individuals with symptoms of COVID-19, at the discretion of clinic doctors. Otherwise, Chen reassured on hospital bed capacity, with only around 30% of beds in use, not up to 40%, and this without the deployment of specialized wards for treating COVID-19. Doctors are making distinctions between individuals with light, medium, and heavy symptoms as part of their treatment strategy.

Though there is concern about the waning effectiveness of vaccines, with regards to that this could lead to another wave of COVID-19, Chen stressed the ability of vaccines to prevent serious cases of COVID-19. If fourth dose vaccinations are carried out, this will prioritize high-risk groups. However, there are no plans to mandate vaccinations, which would be legally difficult, and plans are instead to encourage vaccination through restrictions to certain venues.

With regards to the upcoming Tomb Sweeping Holiday, Chen stated that individuals should do what they were originally planning on doing, but to wear masks and avoid crowds.