TWO LABOR demonstrations took place outside of the Ministry of Labor on Monday.

As such, groups such as the Taiwan Association of Family Caregivers are calling for an increase to fourteen days of paid family care leave, rather than the current seven days, and that there should be more flexibility regarding family care leave policy. This will also need to involve amending the Act of Gender Equality in Employment. 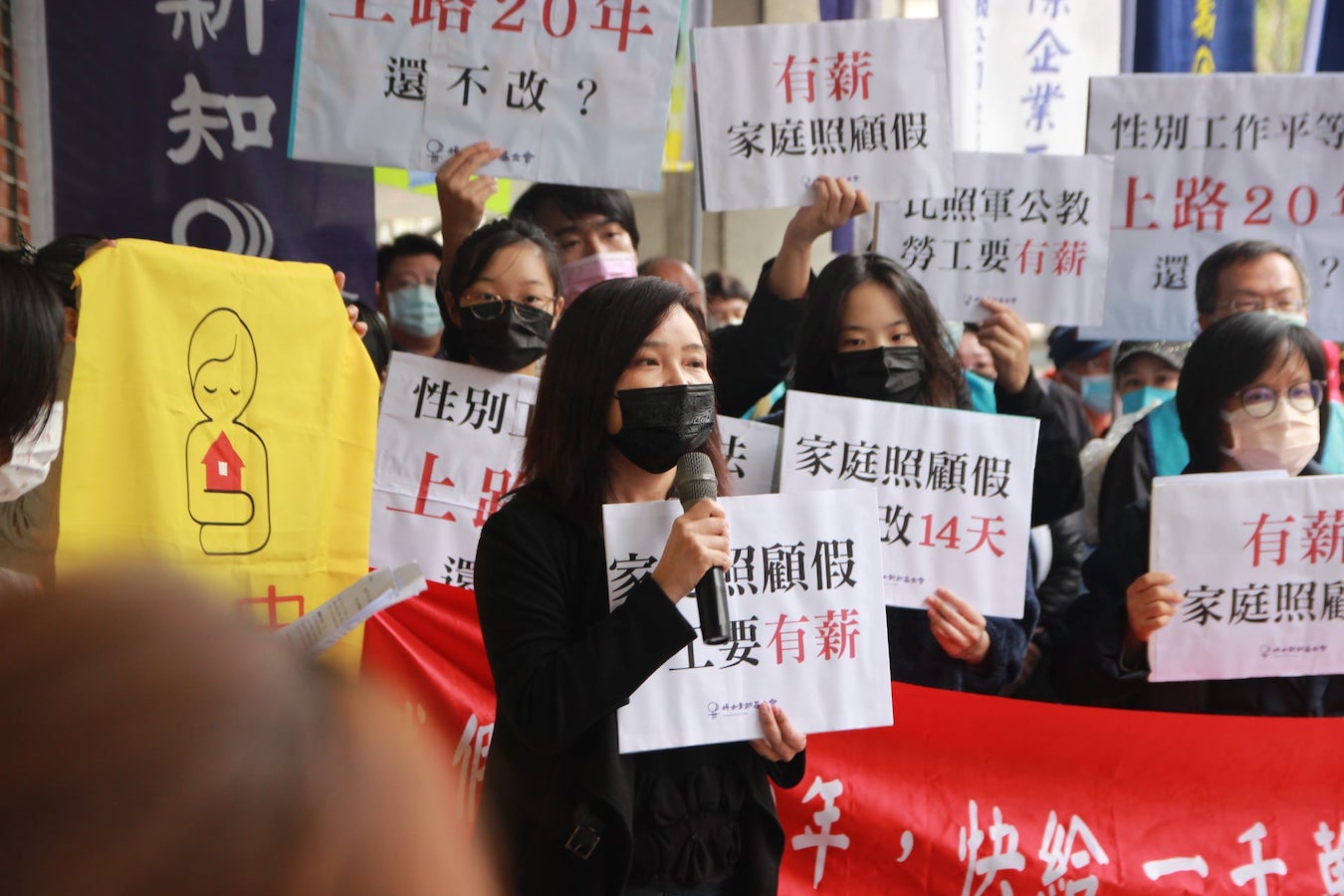 The Tsai administration was seeking to avoid the pension system going bankrupt in its first term, leading to the cut to pensions. This was due to the generous pensions paid out to teachers, public servants, police officers, and military officers during authoritarian times, as a reward for political loyalty.

Nevertheless, the Tsai administration faced the possibility of retaliation from affected groups at the polls, as evidenced in the results of the 2018 elections, which seemed to show a resurgent KMT. Such groups are traditionally seen as favoring the pan-Blue camp. Likewise, the Tsai administration needed to keep public servants happy in order to maintain the stable operation of government.

Even many years after the fact, pension reforms continue to lead to some labor issues. Namely, Taiwan also has a plethora of state-owned or partially state-owned enterprises, including companies that are run as government-owned corporations rather than parts of government.

Likewise, in the wake of a train derailment in Yilan in 2018, the deadliest rail disaster in Taiwanese history, the Taiwanese government plans to corporatize the Taiwan Railways Administration (TRA). This is with the claim that this will make running the TRA safer and more effective, although labor advocates view this as a pretext for cutting back labor rights, and forcing workers to work longer hours for less pay.

The other protest that took place was regarding legal protections for live-in migrant caregivers in Taiwan, who are mostly women and take care of elderly individuals in family homes. Ahead of International Women’s Day on Tuesday, the Migrants Empowerment Network in Taiwan (MENT) rallied in front of the Ministry of Labor to call attention to how 74.3% of migrant caregivers last year reported receiving no time off from work, an increase from 34% reporting no time off in the years before the COVID-19 outbreak that affected Taiwan last year. 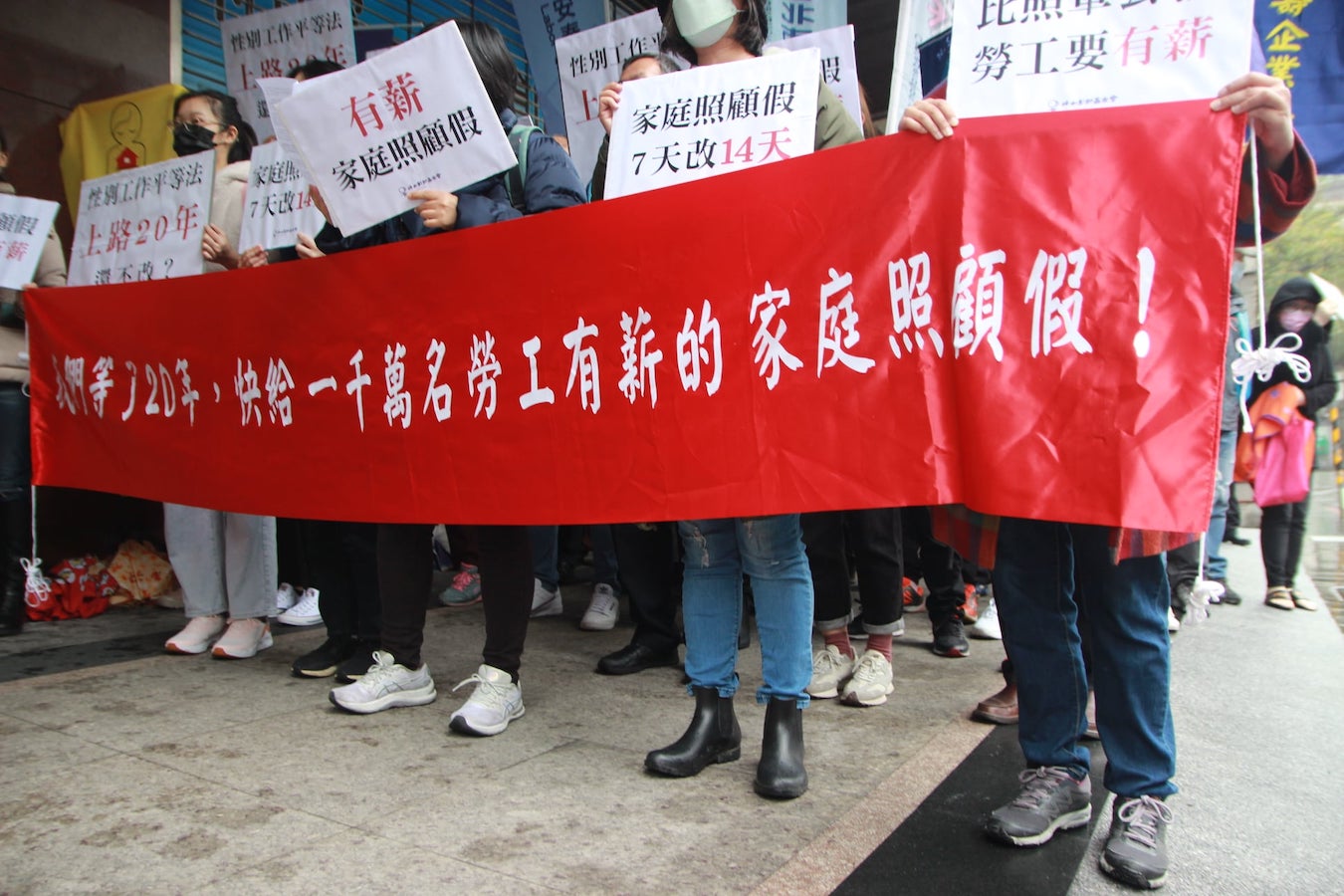 Migrant caregivers are mostly confined to the homes of their employers, have to labor taking care of their employers’ elderly relatives around the clock, and make as little as 17,000 NT per month. Some are not given any time off or allowed to leave the homes of their employers, which is also their workplace. Indeed, during its rally, MENT also pointed to how migrant workers are making even less than ever compared to Taiwanese workers, since the minimum salary is currently 25,250 NT, but now migrant workers are making over 8,000 NT less than their Taiwanese counterparts.