THE KMT FACES an internal quandary, with a recent standing committee election having resulted in controversy over vote buying and corruption. KMT chair Eric Chu has vowed to investigate and get to the bottom of any corruption, stating that he will take action within two weeks.

Apart from corruption allegations regarding vote buying, which may be circumstantial, there are also criticisms of the standing committee’s election style. But what proves significant is that the vote buying controversy is primarily internal, that is to say, this was not an allegation from the pan-Green camp or from outside the party. 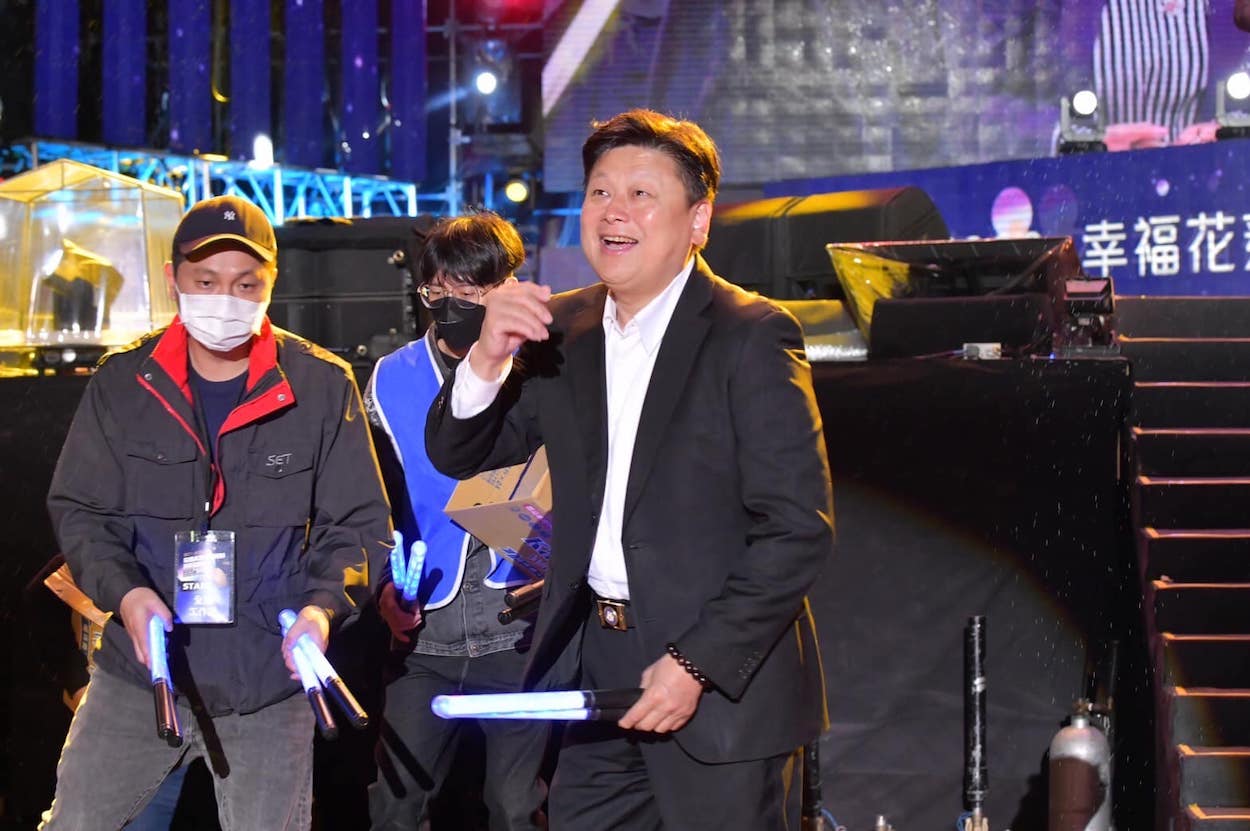 The elephant in the room is that Hualien legislator and former county magistrate Fu Kun–chi finished first in the central committee election, with the most votes. Previous polling had Fu finish fourth in the election and his wife, Hsu Chen-wei, finish first.

Besides that this is unusual when Fu is not usually thought of as a party heavyweight, Fu is one of the most infamous politicians in the KMT. This is due to his long history of political corruption. having faced numerous years in jail on corruption charges, allegations of insider trading, and attempting to pay off the media.

Such charges have led Fu to be nicknamed “King of Hualien.” Notably, Hsu Chen-wei’s entrance into politics was to serve as a proxy for Fu, due to jail terms faced by him as county commissioner, with Fu filing for divorce with Hsu and naming her as deputy county commissioner.

Fu winning the most votes in the KMT standing committee election comes at an inconvenient time for the KMT. This comes after Yen Kuan-heng, the KMT’s candidate in Taichung by-election to replace the seat formerly occupied by Chen Po-wei of the Taiwan Statebuilding Party, was defeated by Lin Ching-yi of the DPP in a by-election. Yen came under scrutiny for his family’s longstanding links to organized crime and history of corruption, particularly over a mansion owned by Yen built on protected land. In the course of the Taichung by-election. During the by-election, Taiwanese media seemed much more willing to report on the Yen family’s history of legal wrongdoing than in the past.

More recently, Yilan county magistrate Lin Zi-miao of the KMT is also being investigated for corruption. Corruption charges are linked to a development project on a 108-hectare plot of land in Luodong that was originally protected, but which was rezoned for agricultural use in 2018. Investigators believe that the process of the plot’s rezoning, as well related land disputes, may suggest lawbreaking.

It is not impossible that major KMT politicians such as Chiang, Hou, Lien, or Chiang have simply jumped on board with the corruption allegations to target Chu, as a way of dragging down what appears to be an already embattled chairmanship. This may be with the aim of paving their own path to the KMT chair, or building momentum for a future presidential run. Namely, despite Chu publicly vowing not to serve simultaneously as chair and as the KMT’s presidential candidate, some suspect Chu of hoping to serve again as the KMT’s presidential candidate in 2024, and attacking Chu may be aimed at preventing this. 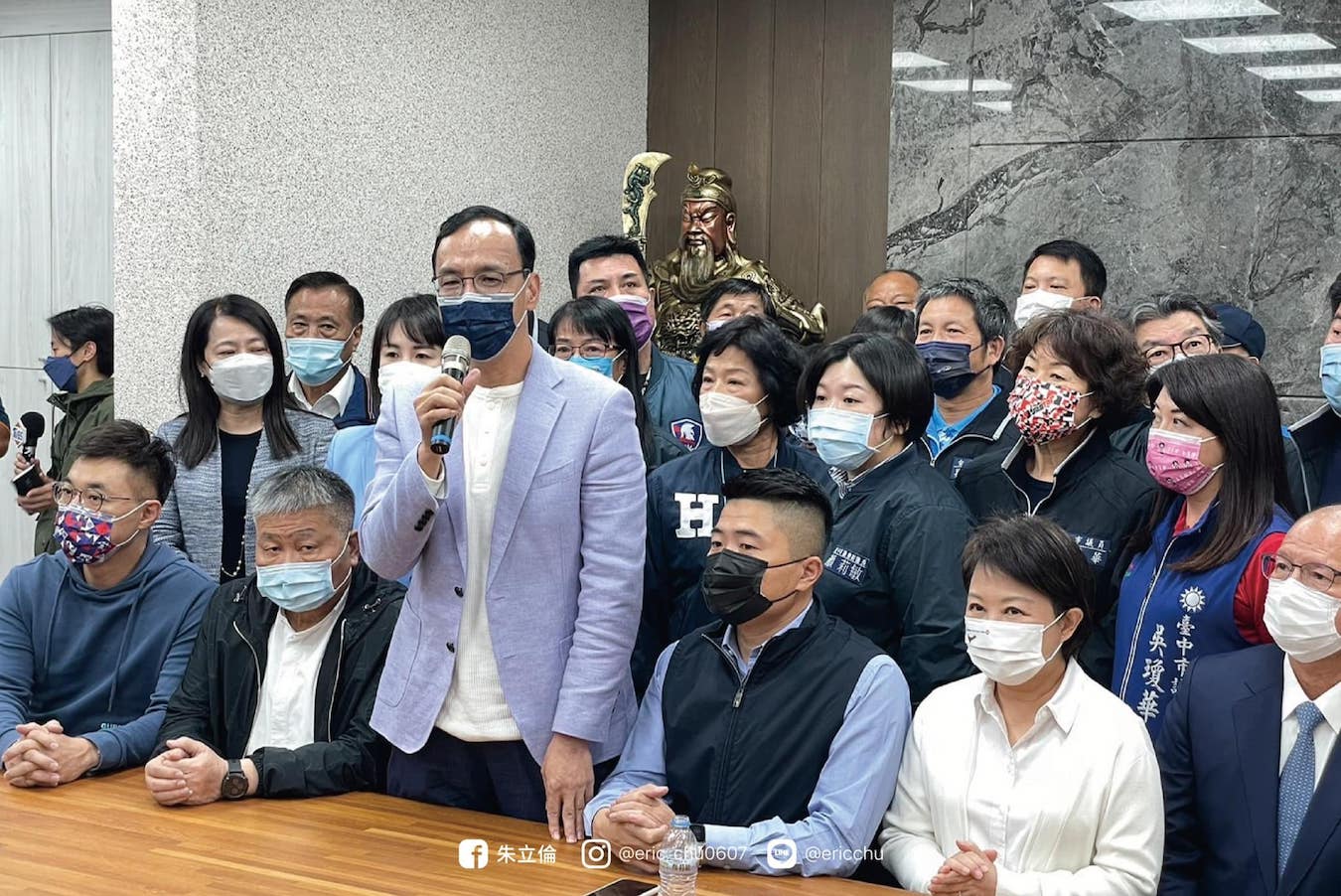 However, if so, this would be a way in which the KMT’s tendency toward factional in-fighting may damage the image of the party as a whole, at a time in which the party hopes to turn around a reputation for “black gold” corruption that goes back to authoritarian times in order to maintain political viability.

Effectively, the KMT is damned if it does and damned if it doesn’t. Either a politician with a longstanding history of corruption such as Fu Kun-chi won the most votes in the KMT standing committee election. Or the standing committee elections were themselves marked by vote buying. The KMT will continue to face uphill challenges in turning its image around then, going into the next set of elections.