Speakers at this year’s commemoration of Tibetan Uprising Day included a number of pan-Green legislators. This included independent Freddy Lim, Handy Chiu of the NPP, and Wu Yu-chin and Fan Yun of the DPP. Lim in particular is known for his support of Tibetan advocacy in Taiwan, having long been active on the issue. 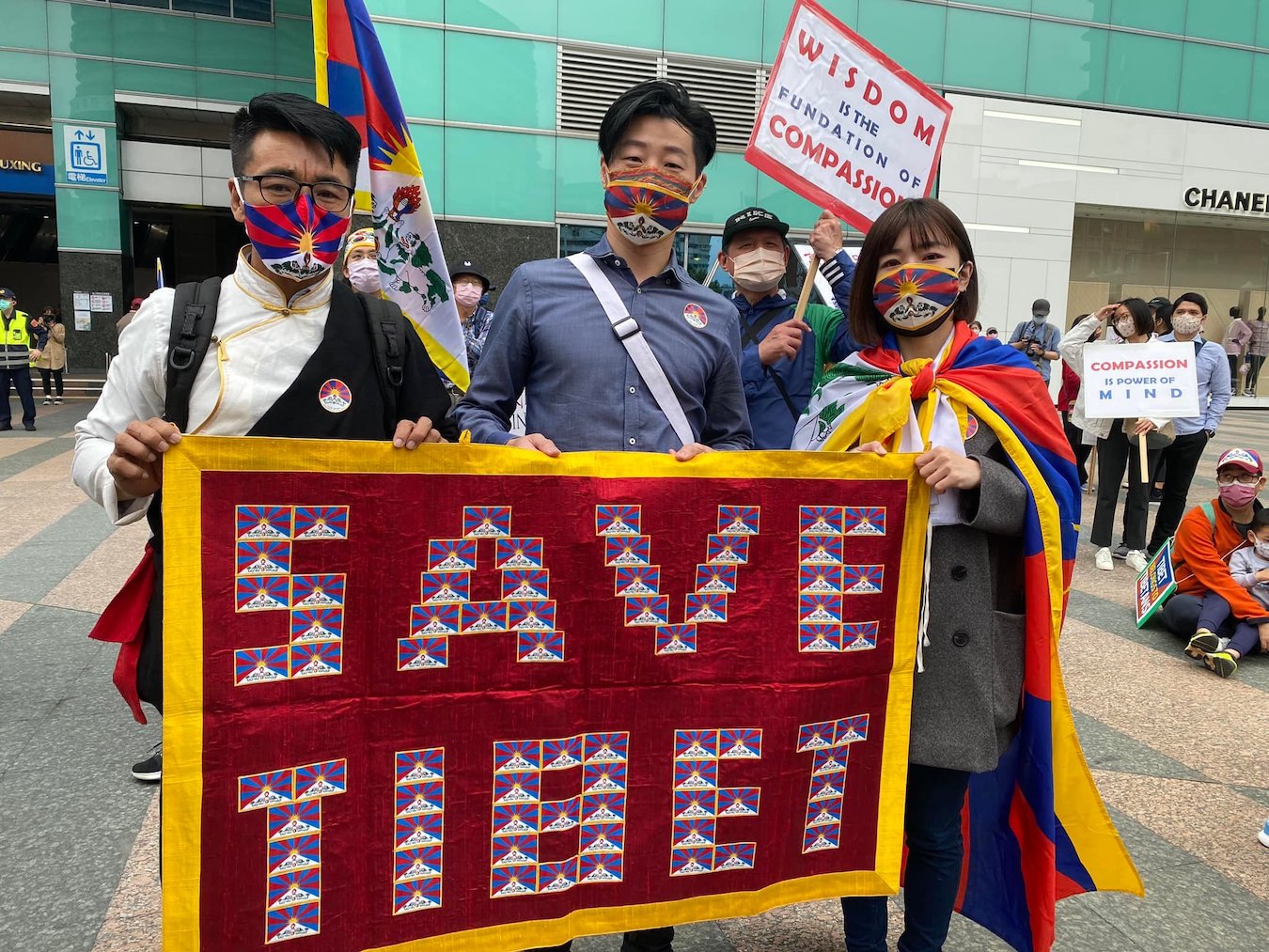 Actions by the Chinese government to crack down on political freedoms in Tibet continue, then. Moreover, many Tibetans remain in exile in Dharamsala or elsewhere, unable to return. One of the organizers of the event, Tashi Tsering, was himself born outside of Tibet and has never seen his homeland. Tsering is one of the most well-known Tibetan activists in Taiwan, as a representative of the Tibetan government-in-exile.

Speakers also drew attention to the difficulties facing Tibetans abroad, including difficulties for Tibetans to work or study in Taiwan, due to their identification documents. A number of Tibetans from the Tibetan overseas community in Dharamsala travel to Taiwan for work or travel, due to their inability to travel to China. Nevertheless, this is complicated by the ROC constitution and framework, even as ROC institutions such as the Mongolian and Tibetan Affairs Commission of the Executive Yuan have been abolished.

More generally, the commemoration of Tibetan Uprising Day took place one day prior to a solidarity rally for Ukraine. This involved a number of the same participants, including the presence of the Taiwan Association for Human Rights, or speakers such as Freddy Lim. This was also brought up by speakers, given longstanding concerns about annexation in Taiwan, as sparked again by the invasion of Ukraine. 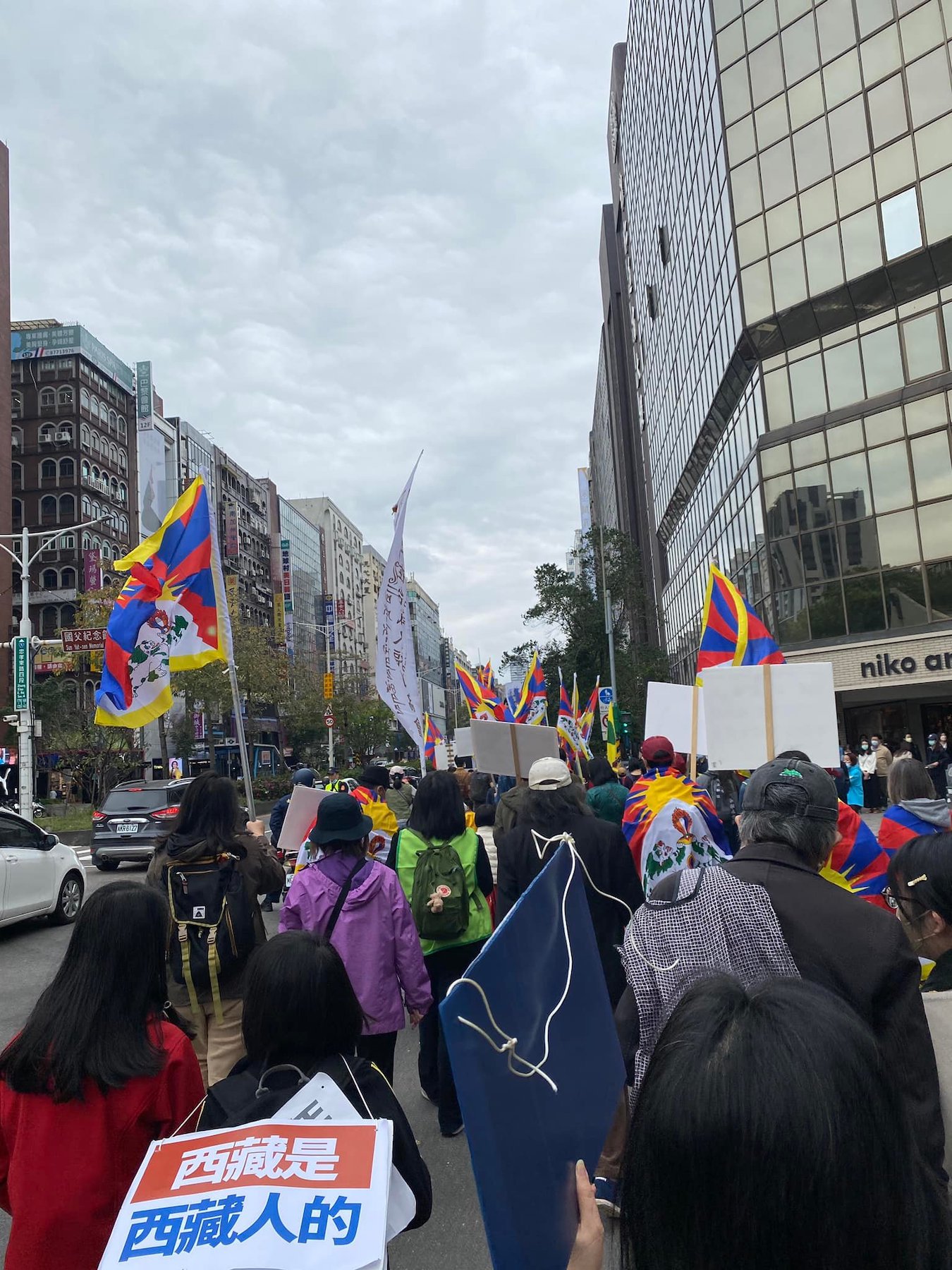 Unsurprisingly, part of the pan-Green camp’s support for Tibetan causes is due to Taiwan also sharing threats from China. In the past, this has also led to support for Hongkongers. However, it proves harder for there to be concerted action taken in support of Tibetans, when this is not a pressing electoral issue, or one that can be capitalized on for votes.

Indeed, one notes that despite the imprisonment of over one million Uyghurs in Xinjiang for their religion, there has been relatively little action by the Taiwanese government to provide assistance to Uyghurs. The Tsai administration has also been criticized for proclaiming that it would take action to assist Hongkongers, but perhaps not doing as much as it could. For its part, the Tsai administration is probably concerned about retaliation from the Chinese government, which could be taken against Taiwanese in China or through military threats directed at Taiwan.

It remains to be seen what advocacy could push for changes on this front in Taiwan. More broadly, the plight of Tibetans around the world remains unaddressed, with commemorations of Tibetan Uprising Day proving an opportunity to remind of this fact.