A RECENT CONTEST organized by the Ministry of Labor reveals at once the condescending attitude of labor officials to migrant workers in Taiwan. This takes place despite rhetoric from the state touting the pluralism of Taiwanese society and the inclusion of migrant workers in the social fabric.

The contest is entitled the “2022 National Model Foreign Worker Competition”. Participant workers are eligible as part of the contest to win a 10,000 NT cash prize and the opportunity to meet Taiwanese president Tsai Ing-wen.

However, ironically enough, workers do not themselves decide whether they want to participate in the contest. This is instead chosen by their employers and brokers, who are to nominate them at their local labor offices by the end of January. After being nominated in this fashion, they are then judged by a panel of expert judges.

The first time that the contest took place was last year. Only 45 were nominated nationwide, though Taiwan is home to hundreds of thousands of migrant workers, in fields ranging from factory work or deep-sea fishing to taking care of the elderly.

Yet the contest simply adds insult to injury. The cash prize of 10,000 NT is a pittance when migrant workers make below the minimum wage in Taiwan, and on average make just over 20,000 NT. Likewise, migrant workers work long hours, whether this involves attending to elderly Taiwanese around-the-clock or in factories.

It proves demeaning for employers and brokers to be those that nominate migrant workers for the contest, and determine whether they win this pittance–for being considered productive or otherwise worthwhile workers. 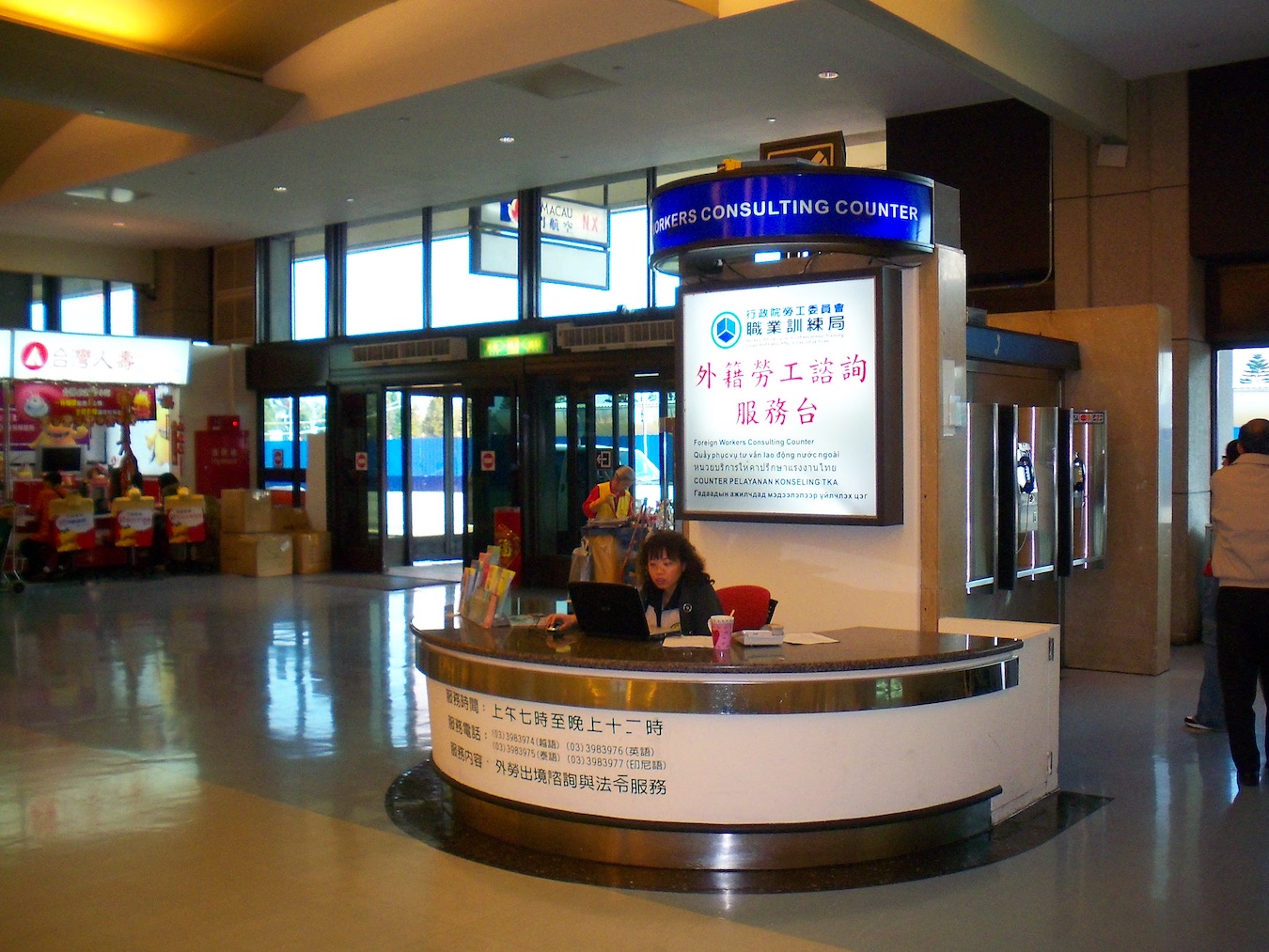 Employers and brokers already hold enormous power over the migrant workers they employ. Namely, migrant workers are often working in conditions in which they have little recourse in the event of wrongdoings by their employer. If they work as domestic workers or take care of the elderly, they may live in their employers’ homes.

Similarly, migrant workers in factories may be in remote areas without signal, or migrant fishermen may spend literal years at sea, without returning to shore. In such conditions, they are often at the mercy of their employers. This has particularly been spotlighted as an issue with regards to murders of migrant fishermen on deep-sea voyages, in which the body is disposed of at sea.

To this end, migrant worker organizations have long called for the abolition of the broker system, in which brokers arrange for migrant workers’ employment in Taiwan and transportation to and from their home country. Namely, brokers and broker agencies insert fees at many stages of the process for migrant workers to work in Taiwan, saddling them with debt that they spend many years paying back, if they are able to do so at all.

There has been some progress on this front, with the Philippines’ representative to Taiwan calling for the abolition of the broker system. This is also the stance adopted by the Indonesian government at present. Nevertheless, the Tsai administration has hit back, claiming that brokers fulfill a market need for migrant work.

If anything, then, the “2022 National Model Foreign Worker competition” serves to celebrate the undue power that employers and brokers have over migrant workers. This proves a far cry from the many contests and competitions organized by migrant workers themselves, ranging from beauty pageants to musical contests, so as to carve out a community in Taiwan.

During the COVID pandemic, one also notes that employer organizations have sought to increase the power that they have over workers. In January last year, the National Federation of Employment Service Association falsely claimed that migrant workers’ abilities to transfer jobs had been suspended by the Ministry of Health and Welfare. Later on, the government followed suit on this demand by employers, mandating that employment transfers take place through government agencies.