14 of the imported cases were found on arrival. 30 were found while in quarantine. The positivity rate for inbound flights is lower now. 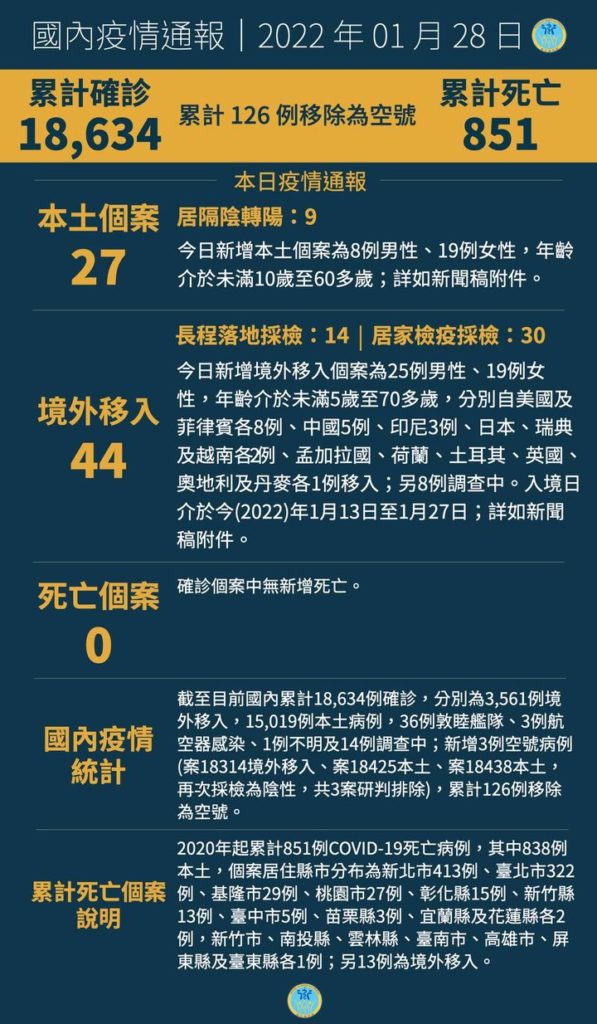 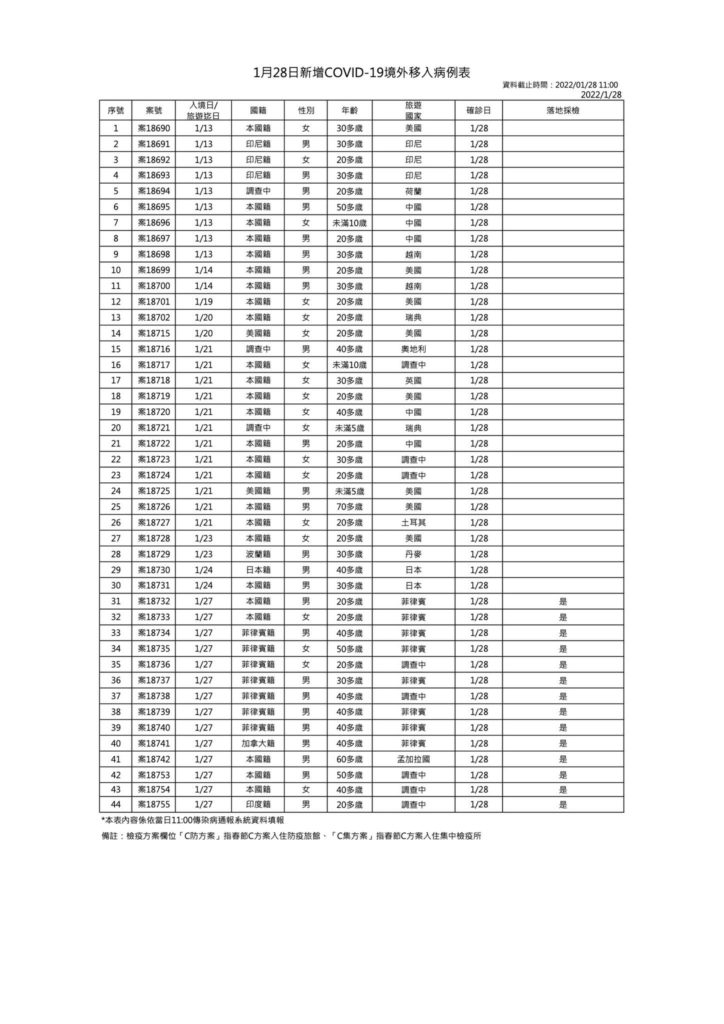 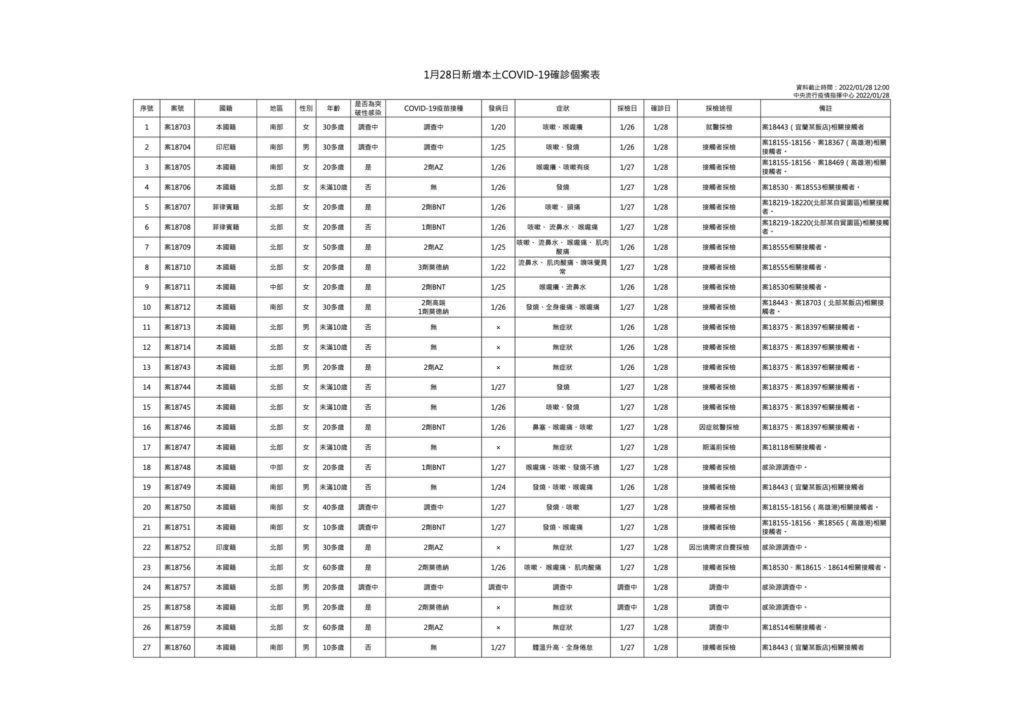 Most of the cases added today were to existing clusters spread across Taiwan. In Kaohsiung, four cases were added today, though all were found while in quarantine. This brings the number of cases in Kaohsiung currently to 77. Chen stated that he is cautiously optimistic about the Port of Kaohsiung cluster, given that most new cases have been found among quarantined individuals, but the complex terrain around the Port of Kaohsiung makes it difficult to confirm this.

Two new cases were found at Far Eastern Memorial Hospital, consisting of a patient and their caregiver. These cases do not appear to be related to a previous case found at the hospital, suggesting that there are undetected transmission chains within the hospital, or they might have been infected elsewhere.

Four were added to the cluster in a hotel in Jiaoxi, Yilan, bringing the total number of cases there to 13. Information about those that stayed in the hotel from January 14th onward will be forwarded to the relevant authorities.

Six were added to the cluster in greater Taipei that began from a real estate agent. Some new cases were added to the Taoyuan bank cluster in the fourth round of testing. One new individual became infected due to eating in the same eatery as a retiree in Longtan that was previously infected, while three more were added to a kindergarten cluster.

Two were also added to the Askey cluster, who were already in quarantine. Among migrant workers, 40% are asymptomatic, while 60% have light symptoms. Most migrant workers that were included in clusters are young.

Overall, there have been no ICU cases regarding the recent spread of Omicron. The CECC takes the view that there are two major transmission chains in Taiwan currently. The Jiaoxi, Yilan cluster has expanded, so Chen urges further testing. Taoyuan had eleven cases, seven of which were in quarantine. There are reports of cases in Taichung and Tainan, as well.

Large-scale religious activities nationwide have been canceled. Wearing masks, maintaining social distancing, and other COVID measures must be maintained. Use of moon blocks and other religious ceremonies are suspended unless temples can provide personnel to disinfect items between use. 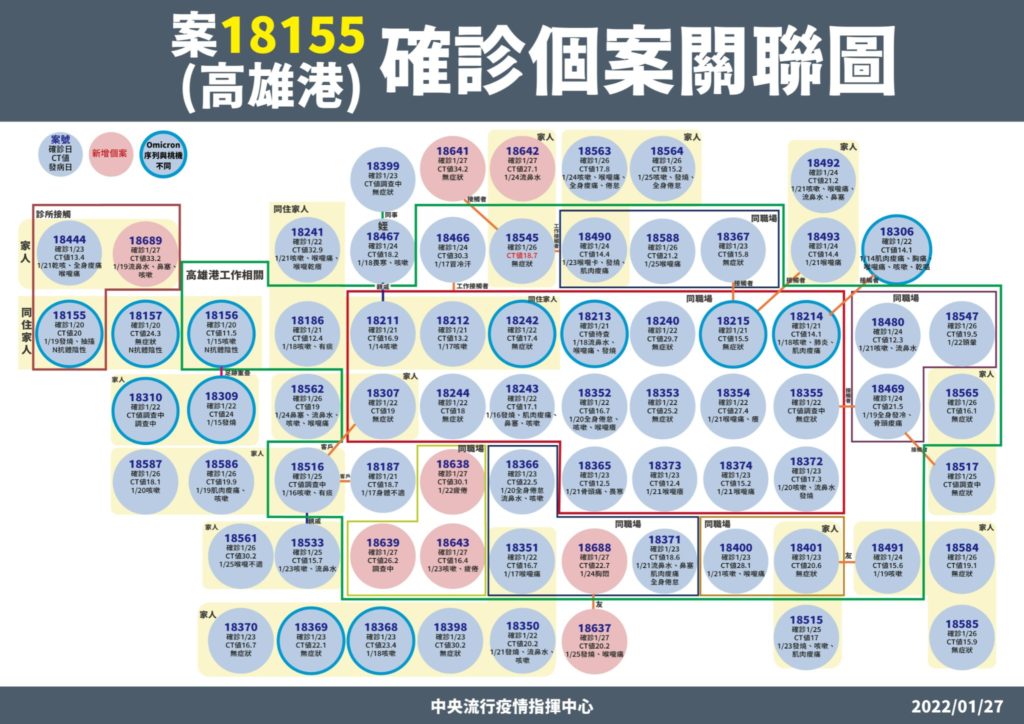 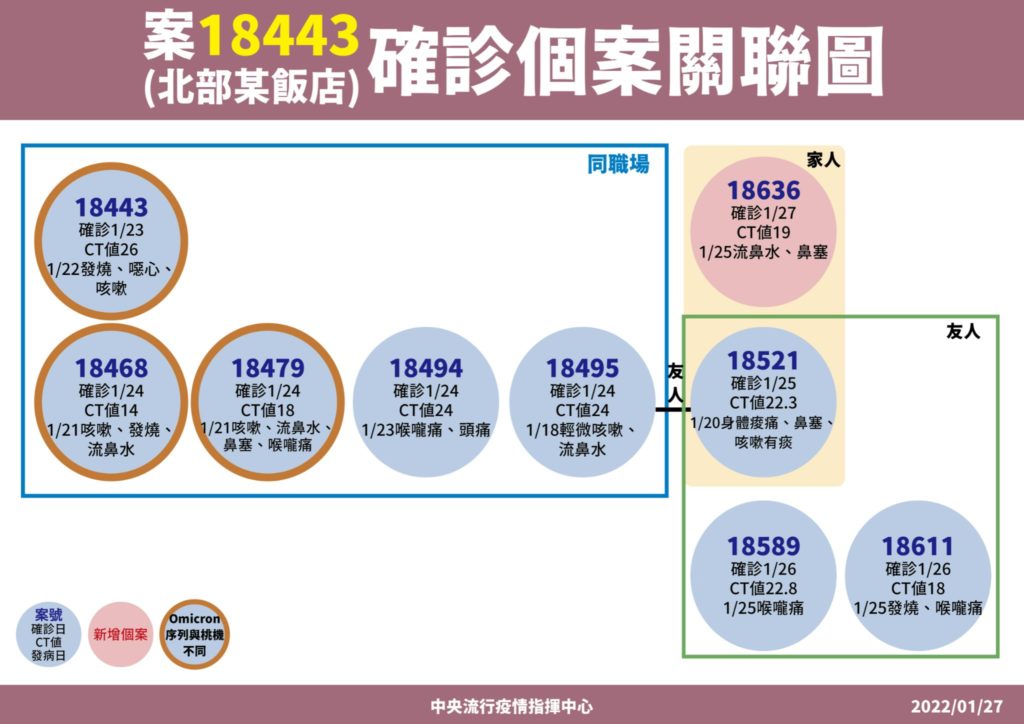 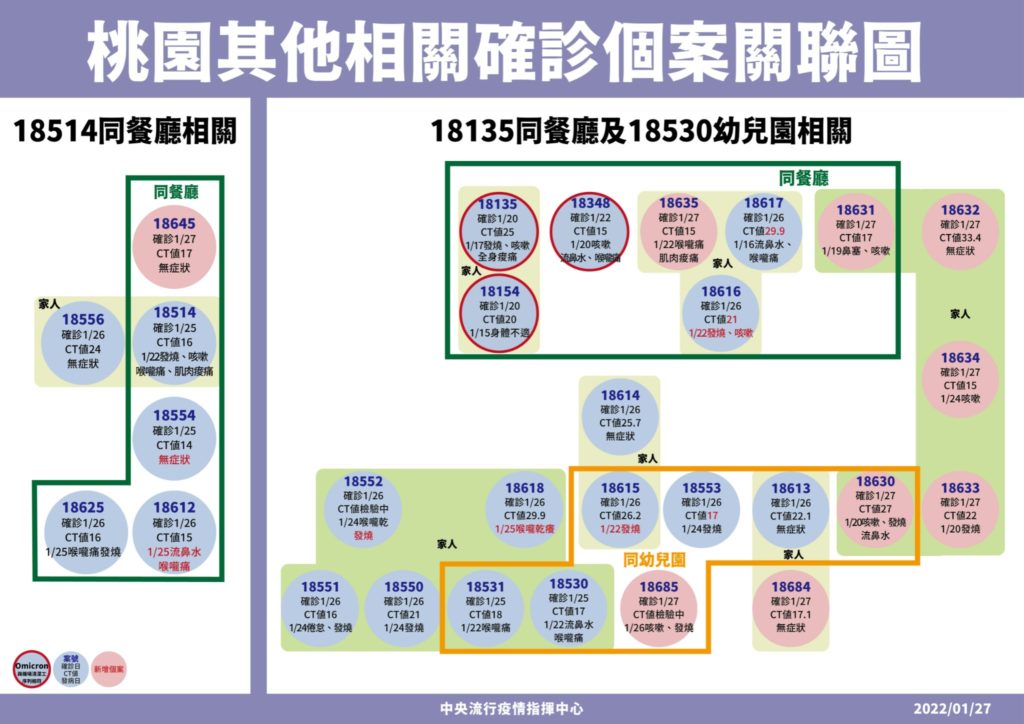 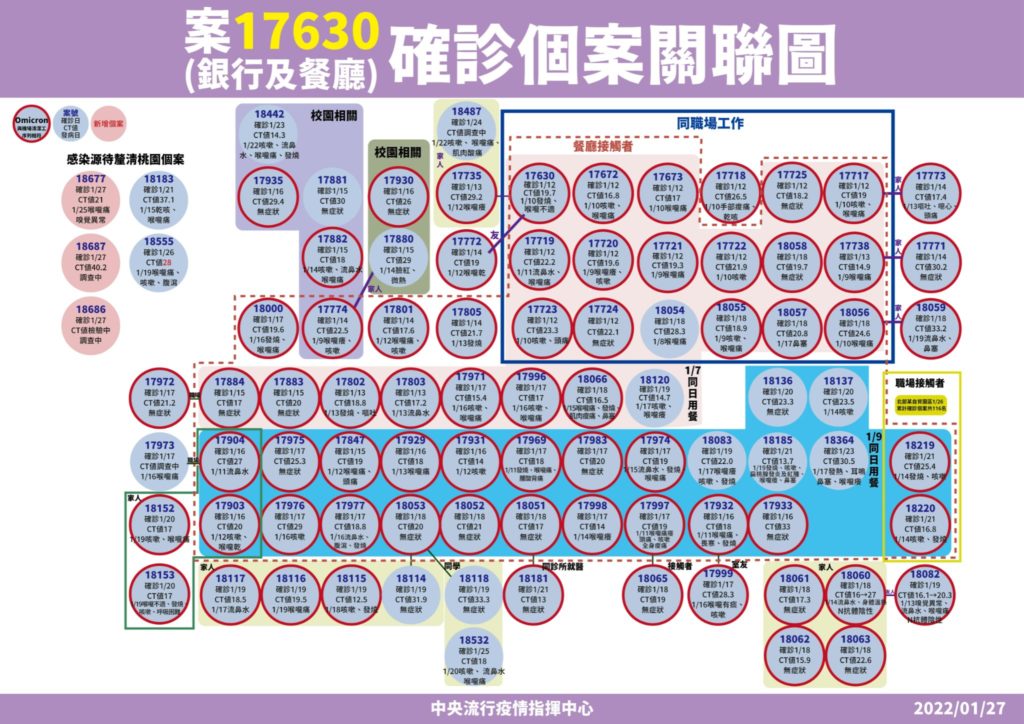 Taipei mayor Ko Wen-je has called for the introduction of vaccine passports, claiming that there is a need to continue to boost vaccination. Taipei has also continued to allege vaccine shortages engineered by the central government.

From tomorrow onward, traveling to Kinmen, Mazu and Penghu will require testing. If there are testing results available from within 24 hours, there is no need for testing in the airport. Otherwise, the CECC urges that individuals arrive 90 minutes earlier for testing. If any flights or hotel bookings need to be canceled, the CECC has arranged so that there will not be any administrative fees.

The command center at the Taoyuan International Airport will now be dismantled, in view of the fact that clusters among airport staff have been contained. 65,109 were tested in connection with cases there. Going forward, quarantine taxi drivers need to be tested once a week with PCR tests, and other at-risk airport staff need to have one PCR test and one antigen rapid test per week.

CECC daily press conferences will take a break between Lunar New Year’s Eve and the third day of the new year, unless there is a downturn in the COVID-19 situation.