46 DOMESTIC CASES and 46 imported cases, along with zero deaths, were reported by the Central Epidemic Command Center at its daily press conference today. 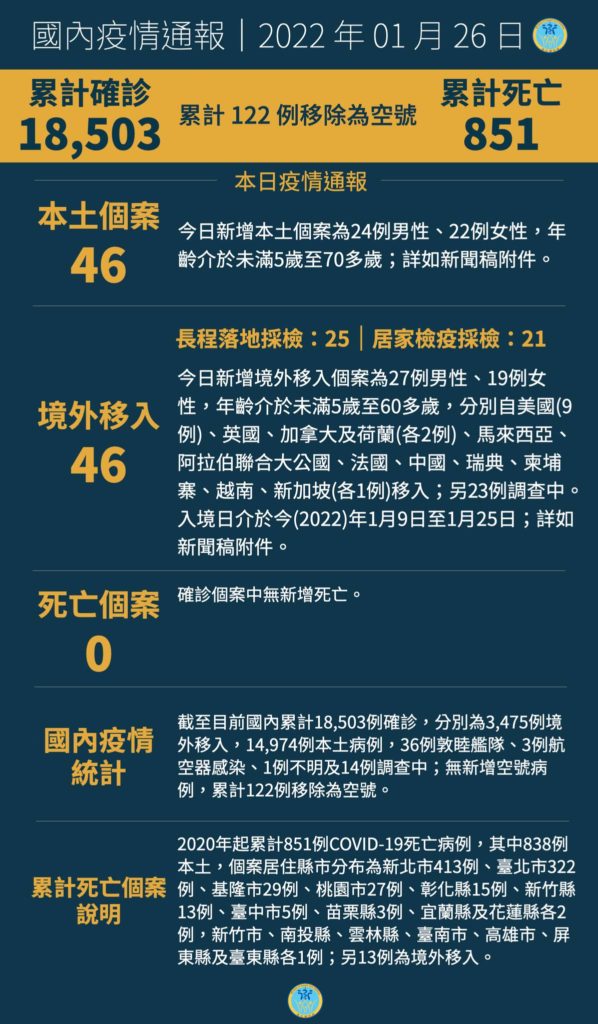 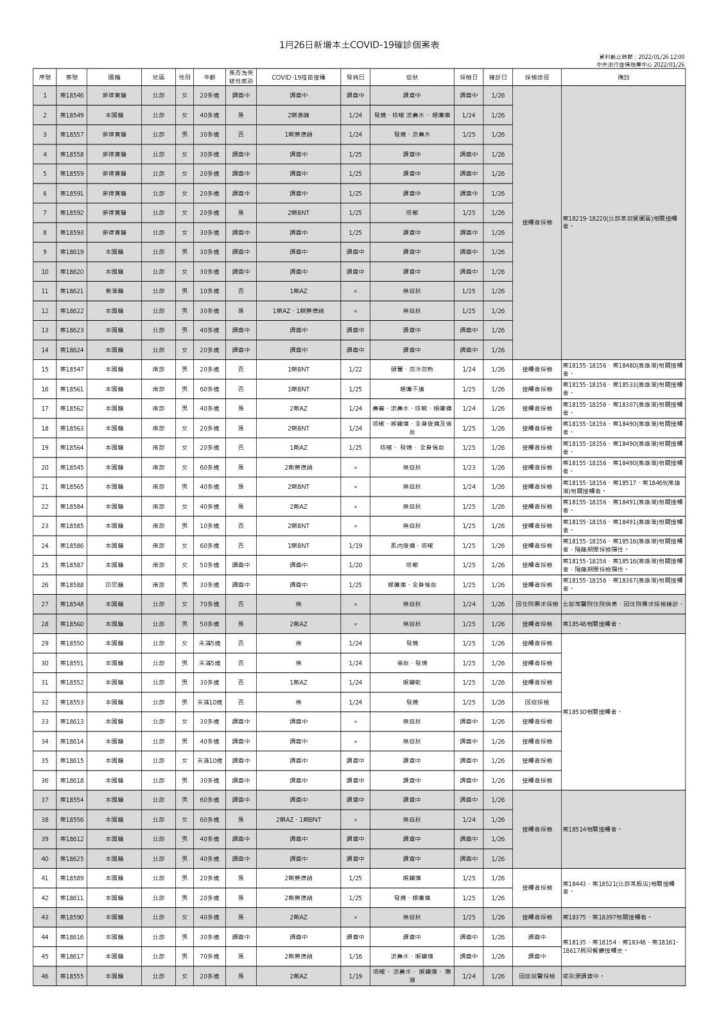 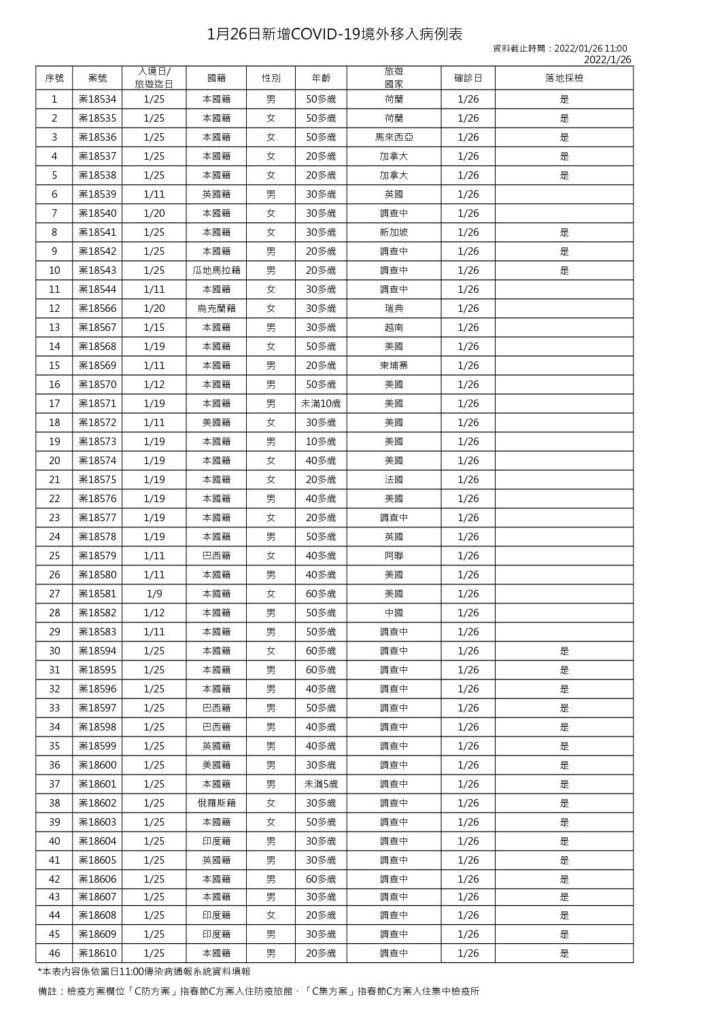 Work is still halted at Askey. Though other companies may return to work, the CECC will oversee divided work shifts and dining times. Testing in the vicinity of the Farglory Free Trade Zone has not found any cases.

Two individuals that ate with individuals who are part of the Yilan cluster became infected, as well as a client of a real estate agent. This client, a magazine editor who works for Louis Vuitton, infected others that they ate with. A kindergarten teacher who was infected in this way will have their workplace infected. The magazine editor case has been widely reported on, due to the fact that they were diagnosed late with COVID-19 despite repeated visits to doctors.

A Far Eastern Memorial Hospital patient and their son were found to have been positive. The son could have potentially transmitted Omicron to their mother. 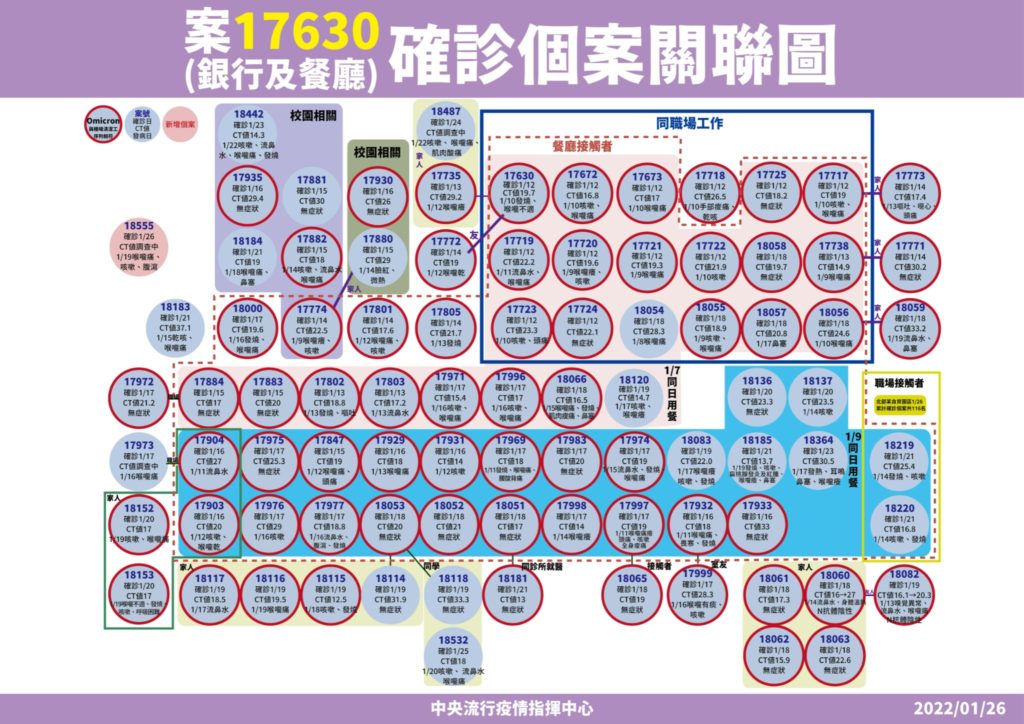 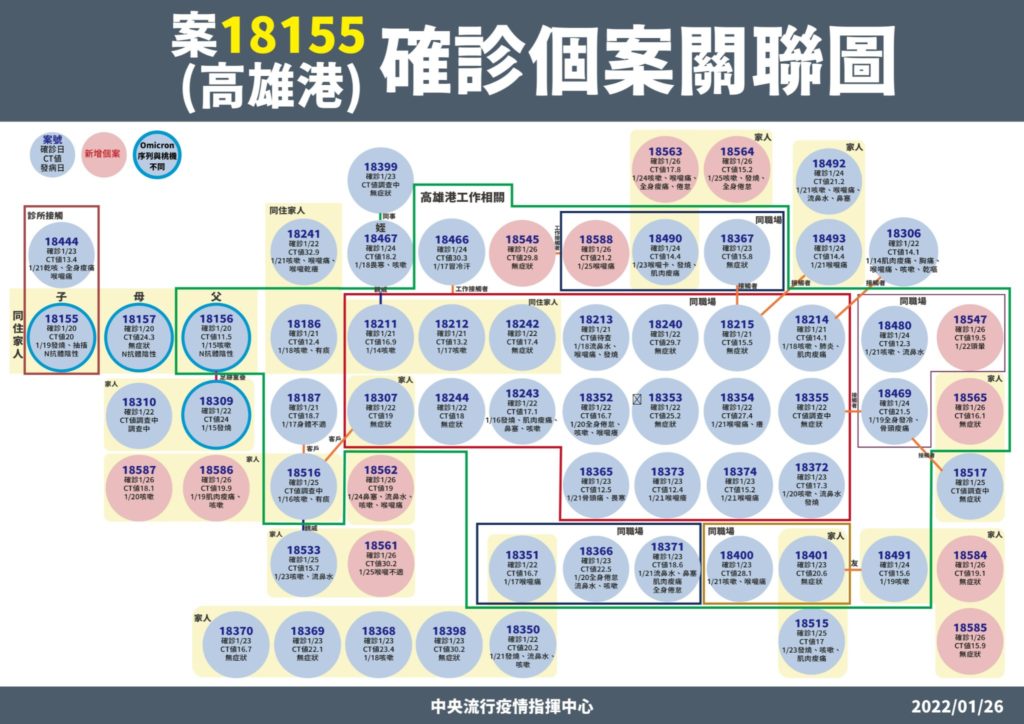 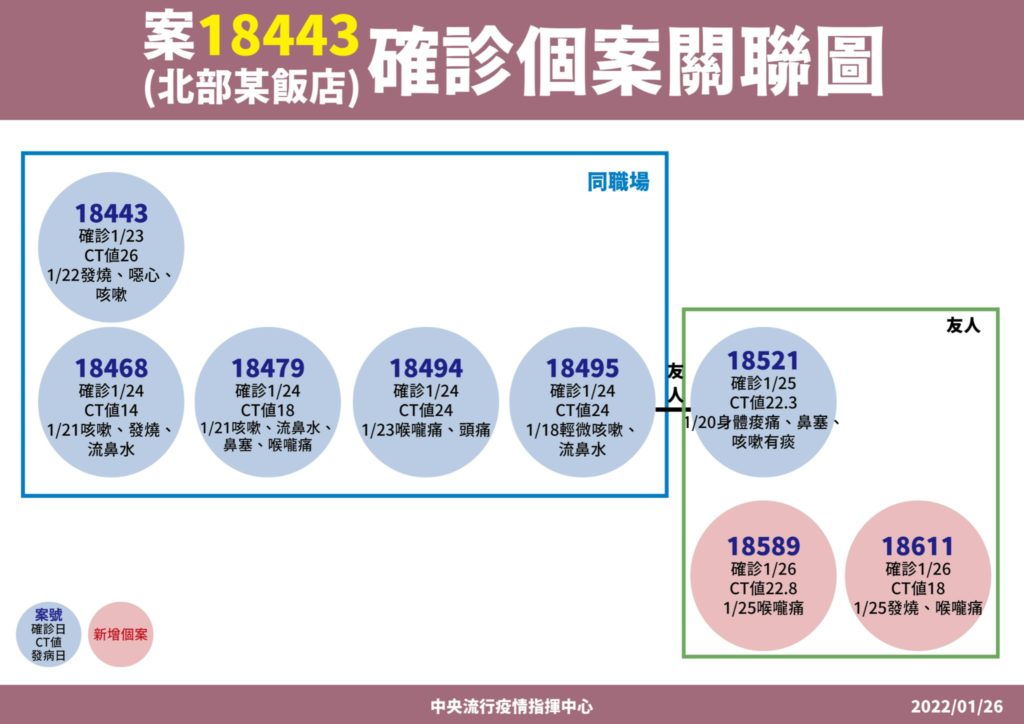 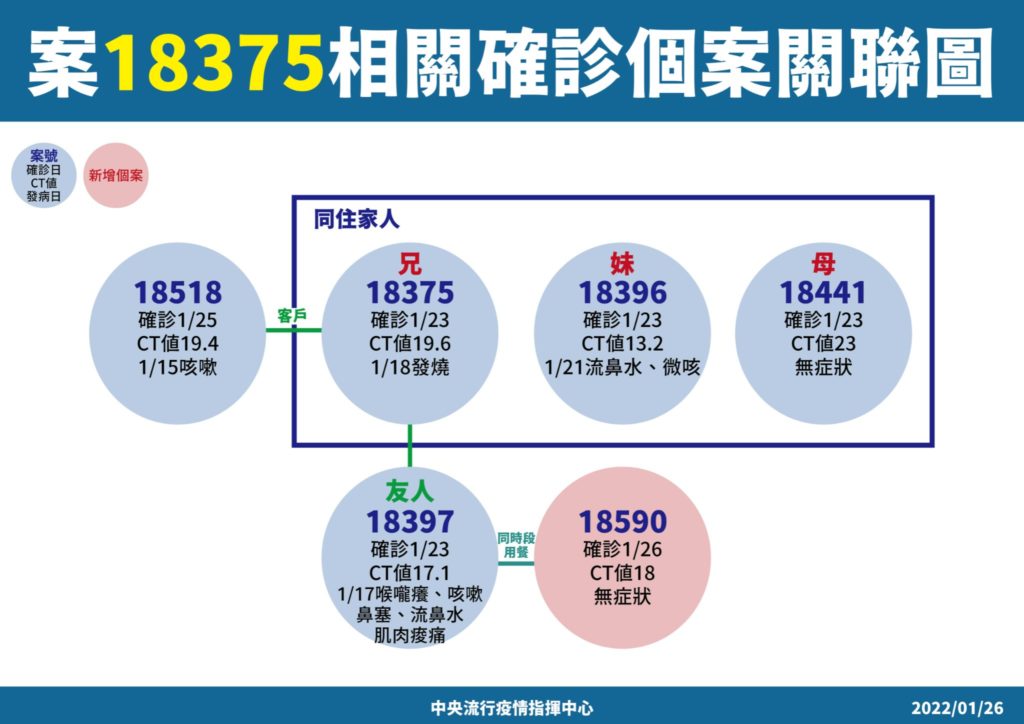 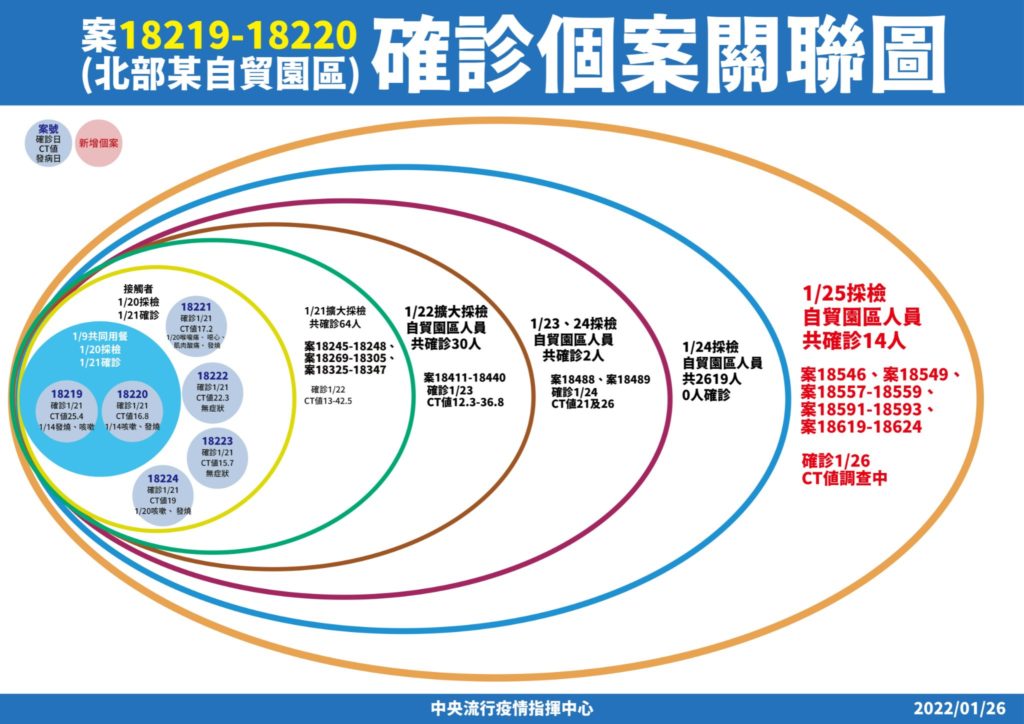 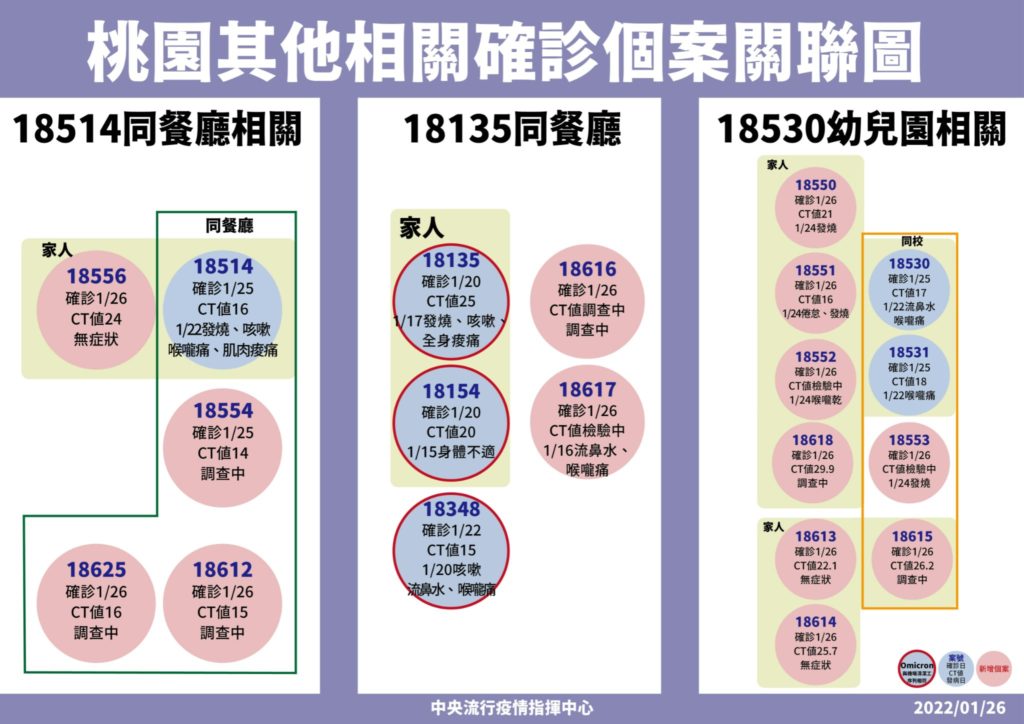 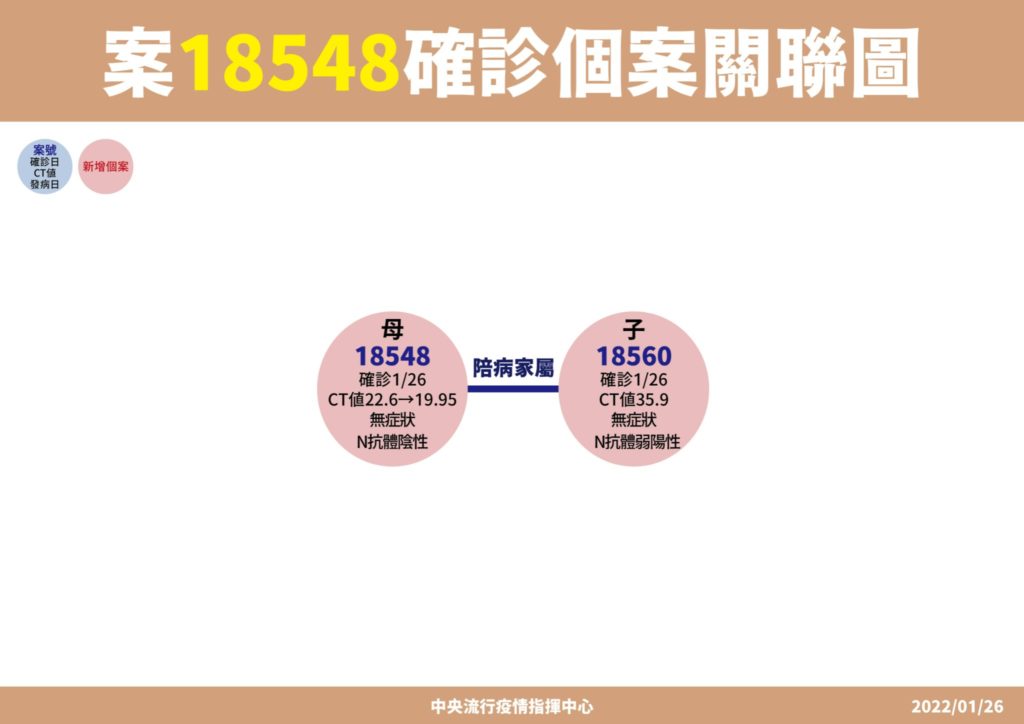 When asked about the possibility of a shift to level 3 or shutting down of indoor dining, Minister of Health and Welfare Chen stated that most cases are within work sites, and that transmission chains are mostly clear. There is no opposition from the CECC to the notion of removing barriers at restaurants or having divided seating, but there is no requirement to do so. Taoyuan has announced, however, that dining will reduced by one-half, masks are required outside of eating, and karaoke is suspended in restaurants. Elementary schools and kindergartens will begin winter holidays early. Unvaccinated individuals are called on to reduce attendance at gatherings.

When asked about graduate school exams and if they will be rescheduled, Chen states that it’s up to education authorities, the CECC can provide assistance. When asked about wedding banquet venues not allowing for refunds because of the lack of indoor dining, Chen stated that it is up to the venues.

According to the CECC, there are around ten different strains of COVID-19 circulating in Taiwan currently, with four in Taoyuan. The strains in greater Taipei and Yilan are different from the Port of Kaohsiung or Taoyuan International Airport, meaning that these are unrelated.