THE PAN-GREEN CAMP saw a victory today, with independent legislator Freddy Lim retaining his seat in Zhongzheng-Wanhua in Taipei District 5, and Lin Ching-yi of the DPP winning the by-election for Taichung District 2, which includes Shalu, Longjing, Dadu, Wuri, and Wufeng. Voting took place in Taichung and Taipei from 8 AM to 4 PM. Vote counting in Zhongzheng-Wanhua was more or less finished by 5 PM, while Lin showed a clear lead in vote counting in Taichung earlier on. Although it was originally expected that results would be known by 7 PM, results were known far earlier. 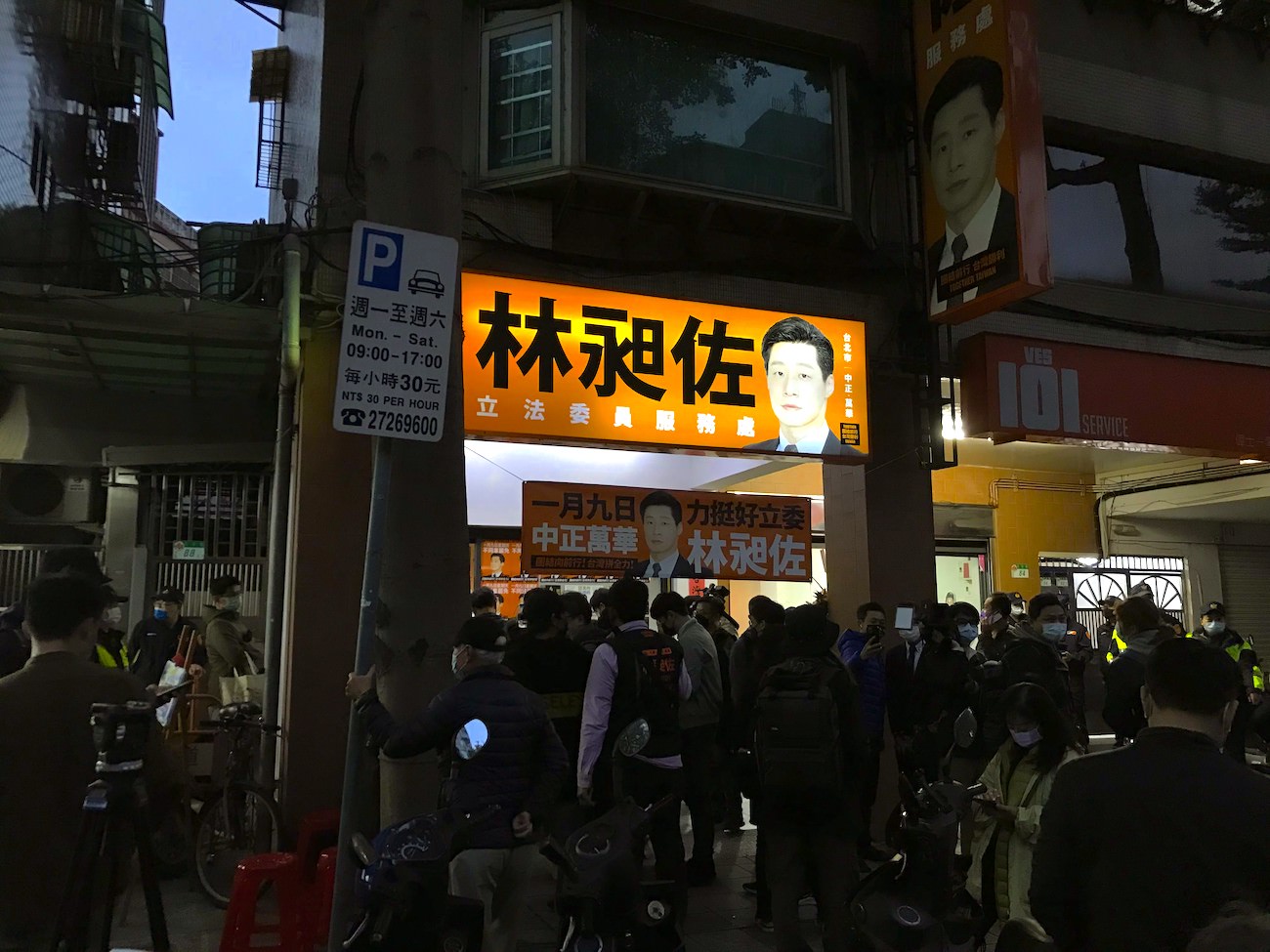 The Zhongzheng-Wanhua area is historically divided between the pan-Blue and pan-Green camps. Lim barely surviving his recall vote takes place in spite of the DPP campaigning heavily in the area, with young pan-Green politicians making a large number of campaign appearances with Lim in the weeks before the recall, riding on bikes around the area and waving at cars from the side of the road, as occurs in Taiwanese political campaigning.

The DPP also blanketed the area with ads supporting Lim and the night before the vote, Lim’s campaign rally outside of Longshan Temple featured appearances by DPP heavyweights including President Tsai Ing-wen, Vice President William Lai, and DPP deputy secretary-general Lin Fei-fan. Tsai was present, too, at Lin Ching-yi’s rally, rushing to both rallies. On the other hand, the KMT held two rallies on Saturday in Zhongzheng-Wanhua, including one organized by pan-Blue media personalities Jaw Shaw-kong, outside of the Youth Park and another held at night outside of the Red House.

That being said, Lim holding onto power through the recall vote not meeting the necessary benchmarks is similar to how other younger, progressive politicians facing recall votes, such as then-legislator Huang Kuo-chang of the NPP and independent city councilor Huang Jie, managed to fend off challenges. Younger, progressive politicians that entered politics after the 2014 Sunflower Movement are generally thought to have weaker local presences and mobilization networks and usually ran in light Blue areas. At the same time, the KMT’s campaigning in Zhongzheng-Wanhua was unusually weak, perhaps reflecting internal divides within the party, with local KMT politicians such as Lin Yu-fang failing to be involved in campaigning in any significant way. 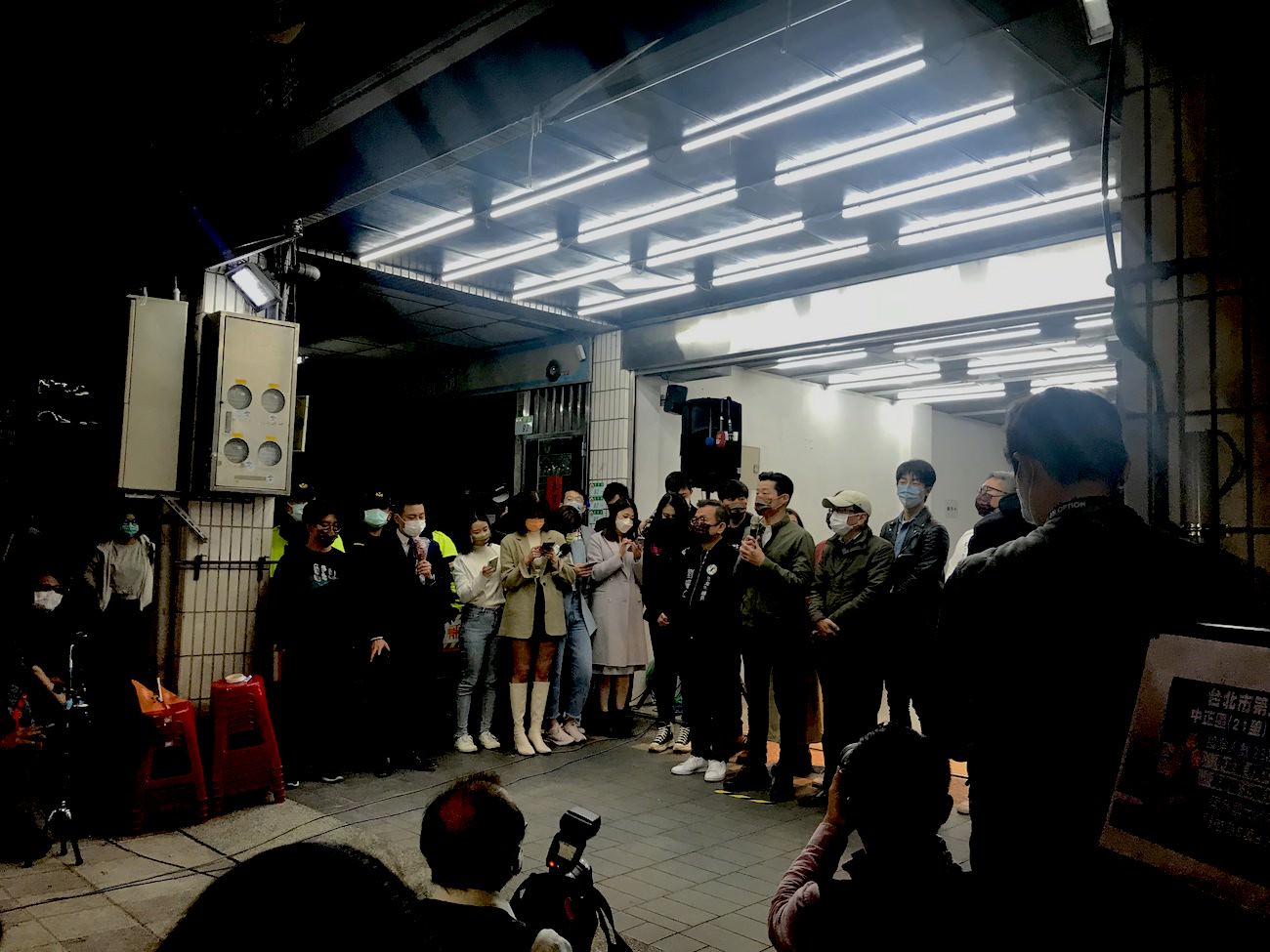 The DPP’s ability to hold power in such areas now controlled by the post-Sunflower cohort is still tenuous. Although the organizer of the recall campaign against Lim, Chung Hsiao-ping, acknowledged defeat, a pan-Blue group appeared to protest the results outside of Lim’s office as he was making his victory speech. Lim stated in his victory speech that the issue of political campaigning around recalls and the potential for future chaos was not far from his mind.

In the meantime, former DPP party list legislator and physician Lin Ching-yi’s victory by clear margins in Taichung in a by-election for a seat formerly occupied by Chen Po-wei of the Taiwan Statebuilding Party (TSP) was somewhat more of a surprise. Lin won by 88,752 votes to Yen Kuan-heng’s 80,912 votes.

Namely, Chen Po-wei of the TSP was recalled in October, as part of a series of pan-Blue “revenge recalls” targeting younger pan-Green politicians that had been outspoken in criticism of Kaohsiung mayor Han Kuo-yu, who was recalled in June 2020.

Lin was up against Yen Kuan-heng, the scion of the Yen political dynasty in Taichung. Yen’s father, Yen Ching-piao, previously held the legislative seat that Yen later assumed. The elder Yen is the head of the Dajia Jenn Lann Temple, where the Dajia Mazu Pilgrimage starts; the pilgrimage is Taiwan’s largest religious event. However, Yen Ching-piao has faced charges on charges of attempted murder, possession of illegal firearms, and corruption, and is widely known as a politician with a gangster background. In this way, the Yen family stands at the intersection of organized crime, religion, and electoral politics in Taiwan. 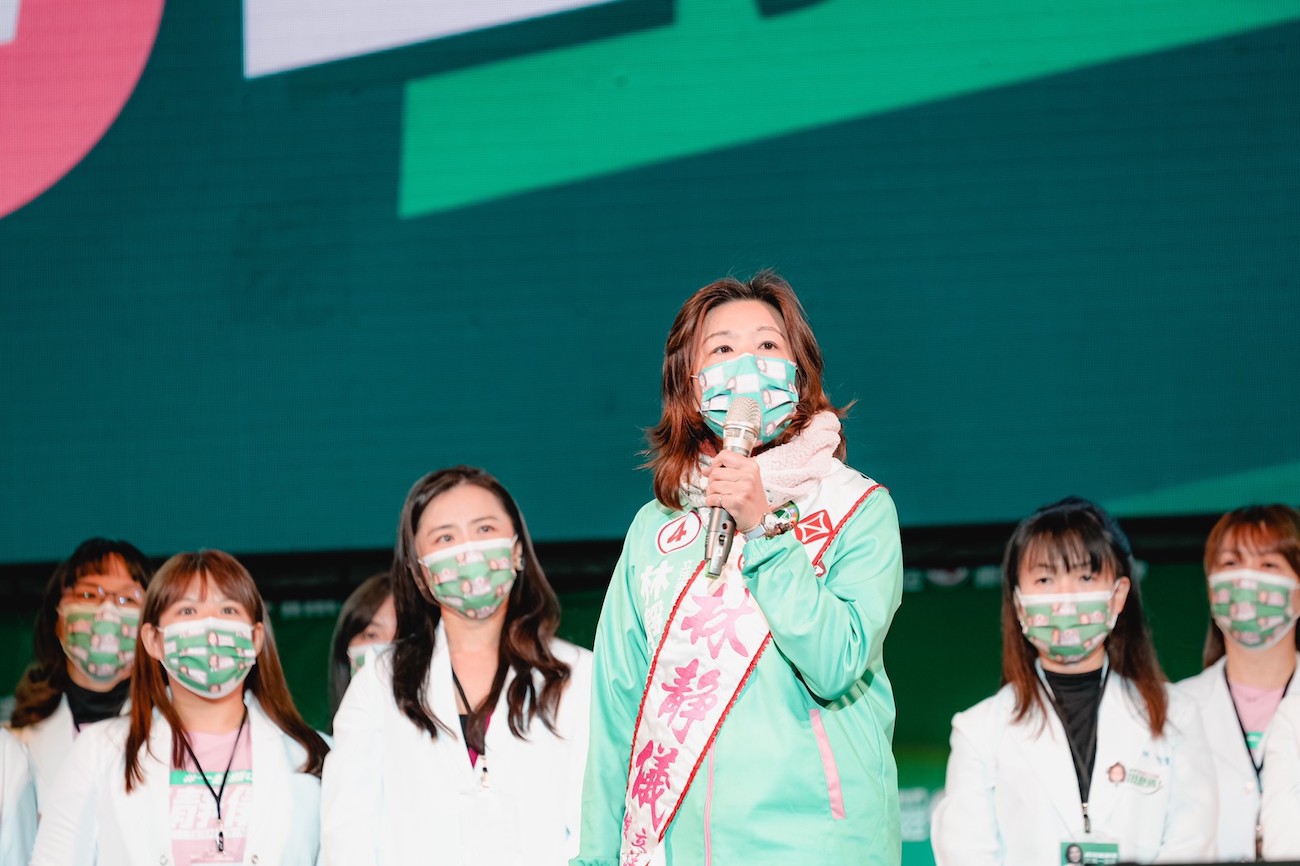 Chen’s recall was shocking, with some having previously hailed his victory as representing that the power of the Yen family in Taichung was broken. That did not seem to be the case. After Chen Po-wei’s recall, however, the media focused heavily on scrutinizing the Yen family. In particular, the media honed in on illegally constructed properties owned by Yen Kuan-heng. With Taichung mayor Lu Shiow-yen of the KMT obligated to investigate, this puts Lu in an awkward position. Lin Ching-yi is expected to use the issue to attack Lu, seeing as the issue of the Yen family’s properties is not yet resolved.

Despite claims by current KMT chair Eric Chu that he intended to turn the image of the party around, generally speaking, the KMT has not rid itself of politicians with checkered political records such as members of the Yen family. So long as such politicians are able to win elections, they maintain their positions in the party. To this extent, it is to be seen whether other pan-Blue politicians with records of jail time, such as Hualien legislator Fu Kun-chi, next come under scrutiny–and whether the KMT still intends to rely on parties.

Either way, the results of the recall and by-election cement a series of victories for the DPP, including all four of the KMT’s referendum proposals being voted down in December. Chu framed the recall and by-election as a referendum on the DPP as a whole, much as how the KMT framed the national referendum as a referendum on the DPP’s governance, rather than on the specific national issues that were being voted on. Lim and Lin were targeted during the recall campaign using the same issues that were at stake during the referendum, yet this may not have worked out for the KMT. Chu is likely to face further challenges from within the KMT after these defeats for the KMT, particularly from the deep Blues.