PRESIDENT TSAI ING-WEN’S New Year address touched on a number of points with regards to domestic policies. For the most part, there were few surprises in Tsai’s comments. But as with other national addresses of this nature, its foreign policy implications were primarily focused on in international media coverage.

Certainly, Tsai closed on this note. But, as might be expected, many of Tsai’s comments were aimed at touting her domestic record. For example, the new year ceremonies held by the Presidential Office were framed as celebrating the accomplishments of Taiwan’s frontline medical workers who were involved in the fight against COVID-19, with the singing of the national anthem led by Minister of Health and Welfare Chen Shih-chung. 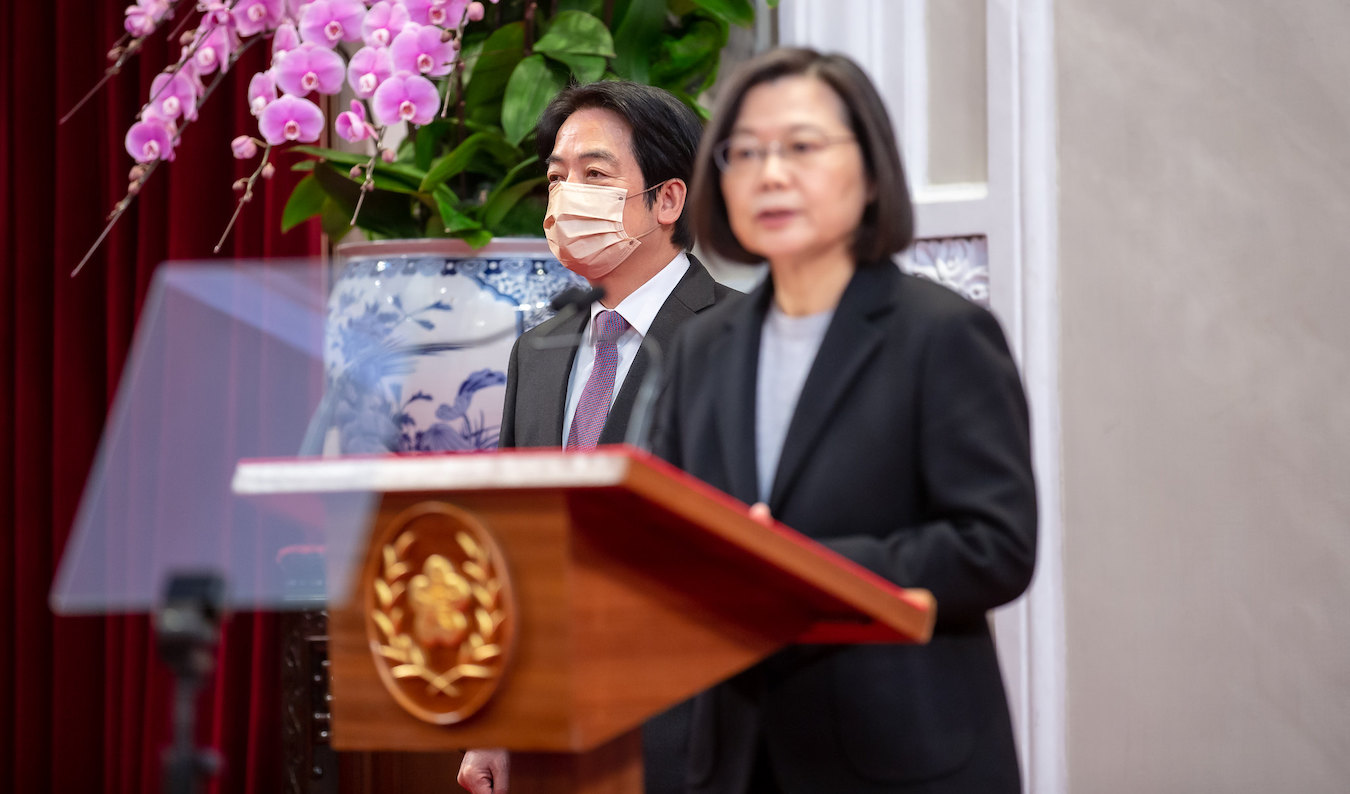 Tsai brought this up in her comments as well, in praising the resilience of the Taiwanese people and thanking medical workers in the fight against COVID-19. Of course, the flipside of this would be Tsai touting her administration’s accomplishments in beating back the COVID-19 outbreak that affected Taiwan since May, with most days not seeing any domestic COVID-19 cases, or single-digit COVID-19 cases.

A significant element of Tsai’s comments touched on issues regarding socioeconomic inequality in Taiwan. Tsai brought up efforts by her administration to increase the number of care facilities and social workers in Taiwan, as well as to build more social housing. To this extent, Tsai touted her administration’s raising of the minimum wage, salary increases for public servants, and subsidies for parents and young people.

In particular, Tsai touting salary increases for public servants and raising the minimum wage is very probably aimed at bolstering her record on issues that she previously came under fire for in her first term. Namely, Tsai was criticized for undoing thirty years’ worth of labor reforms with changes to the Labor Standards Act and changes that were aimed at preventing Taiwan’s pension system from going bankrupt but angered public servants, teachers, police, and members of the military. This continues to be an issue that is used to attack Tsai by the KMT.

It is also significant that Tsai devoted much of her speech to indicating the direction of her administration’s future attempts to strengthen economic ties between Taiwan and the international world. Tsai framed the result of a recent referendum on issues ranging from US pork imports to nuclear energy as indicative of Taiwan’s desire to connect with the international world, although one notes that most of the issues voted on were purely domestic in nature. To this extent, Tsai emphasized efforts by Taiwan to join the Comprehensive and Progressive Framework for Trans-Pacific Partnership and restart talks under the Taiwan-US Trade and Investment Framework Agreement.

As if to remind of the heft of Taiwan’s global economic presence, however, Tsai also discussed Taiwan’s semiconductor industry. Tsai stressed efforts to boost chip production for manufacturing electric vehicles, green energy, and smart cities, and emphasizing infrastructure development under her administration. Tsai depicted this as both creating job opportunities, benefiting the economy, and strengthening ties with international actors. 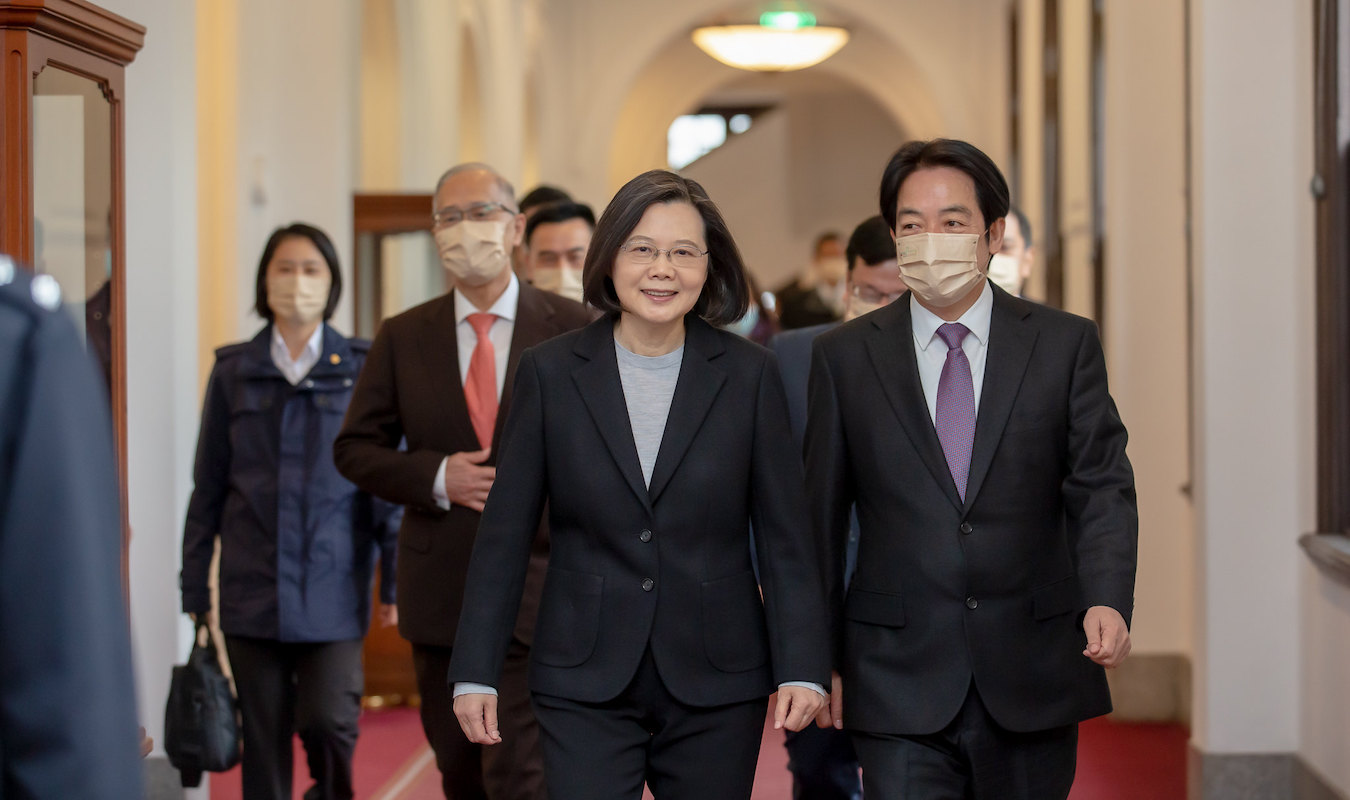 A significant part of Tsai’s speech, before Tsai’s comments calling on China not to use force against Taiwan, were about Hong Kong. Specifically, Tsai tried to drive home the deterioration of democratic freedoms in Hong Kong due to China, raising the recent media crackdown in Hong Kong against media outlets including Stand News. Tsai raised Hong Kong as a negative example for Taiwan, much as she did in the lead-up to 2020 elections. Nevertheless, Tsai did not touch on any efforts–or lack thereof–by her administration to assist Hongkongers.

It may not be surprising, then, that Tsai’s comments about Hong Kong immediately preceded her comments about China. In this, Tsai emphasized international support from like-minded allies as allowing Taiwan to stand up to China, though Tsai did not name any specific countries.

Otherwise, it has been noted that Tsai did not refer to the ROC in her comments, but only ever referred to Taiwan. This is part of Tsai’s gradualist strategy, aimed at distancing Taiwan from the ROC in line with the DPP’s historic view of the ROC as a colonial regime imposed on Taiwan by the KMT, yet without ever having to resort to moves that might lead to a loss of support for Taiwan such as an outright declaration of independence.