YEN KUAN-HENG, who is the KMT’s candidate for the by-election to fill the seat formerly occupied by Chen Po-wei of the Taiwan Statebuilding Party, has taken to alleging media bias against him. In particular, Yen filed forty-five complaints at the National Communications Commission alleging unfair media coverage that has disproportionately focused on him in national television networks.

Yen’s accusations are ironic. The Yen family has long held dominance over Taichung politics, despite well-known organized crime links. The family is often viewed as a family of gangsters, standing at the intersection of organized crime, electoral politics and religion, with patriarch Yen Ching-piao serving as the chair of the Dajia Jenn Lann Temple since 1999.

Yen Kuan-heng originally succeeded his father in his legislative seat in a by-election, after the senior Yen was jailed for 43-months on charges of misusing public funds in February 2013. Other charges faced by Yen Ching-piao apart from corruption included illegal possession of firearms and attempted murder. 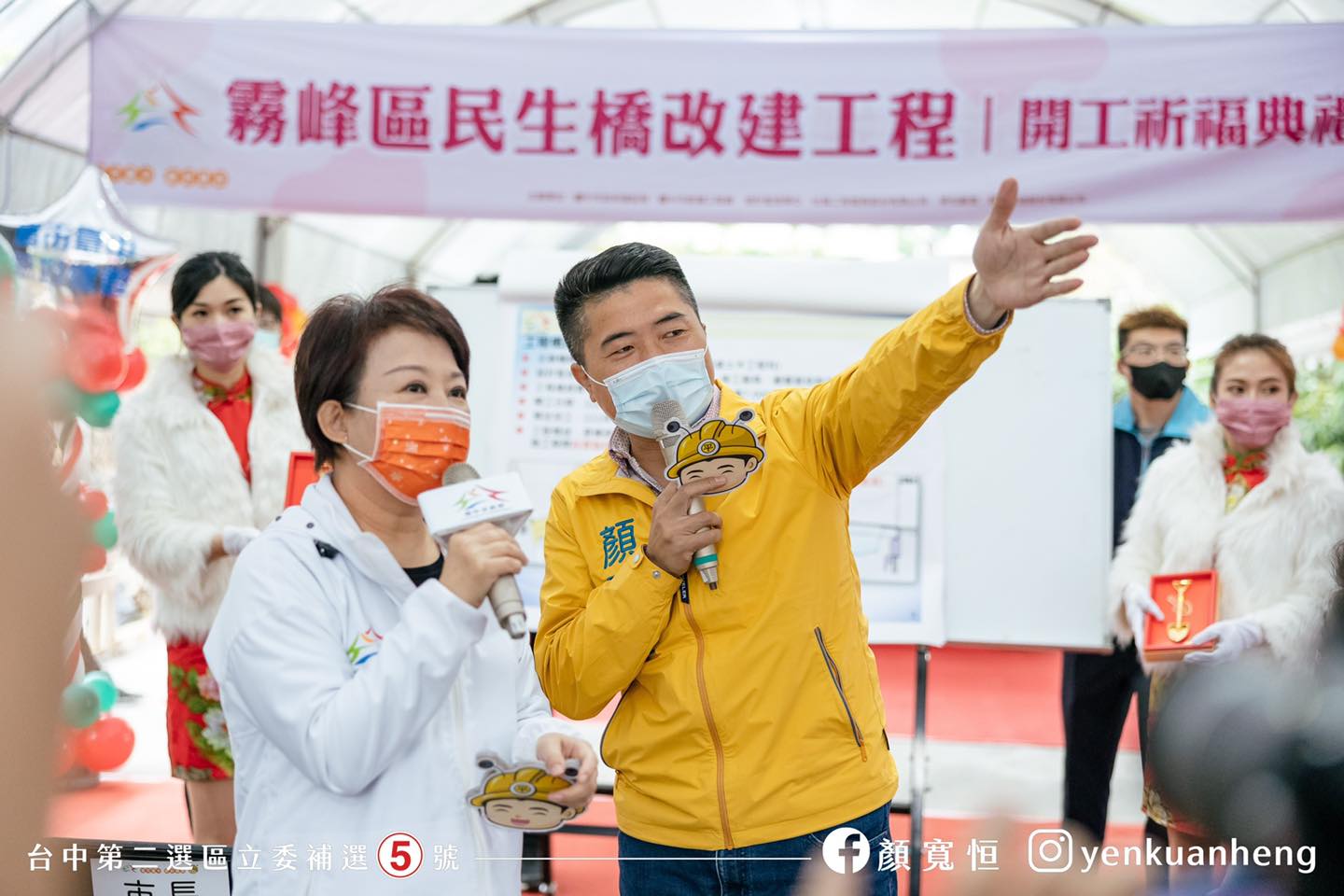 The defeat of Yen Kuan-heng by Chen Po-wei in 2020, then, was seen as an occasion in which the stranglehold of the Yen family over Taichung politics was broken–at least momentarily before his recall in October. Chen was, notably, not a candidate that had any political ties in his family, and so his election victory was seen as representing a break from old-money politics tied to powerful KMT political dynasties such as the Yen family.

Nevertheless, Chen was targeted as part of the wave of “revenge recalls” that took place in the wake of the recall of Kaohsiung mayor Han Kuo-yu in June 2020, with young, progressive politicians that had taken a strong stance against Han targeted. Chen’s recall indicates that the KMT’s local patronage networks still run deep and that it continues to have superior resources to independent parties, even if Chen was backed by the DPP. After Chen’s recall by close margins, a by-election will be held to fill the seat he once occupied, with Lin Ching-yi of the DPP running against Yen Kuan-heng, who is still the KMT candidate.

Yet the national referendum that was held earlier this month proved an occasion for much media coverage of the Yen family. In particular, there was much media focus on the question of whether Taichung voters would vote in line with the KMT, by voting in approval of all four referendum proposals, or whether they would vote in line with the DPP, by voting down all four referendum proposals. This was seen as an index of whether the Yen family’s mobilization networks remained intact and it could continue to rally supporters, something that would gesture as to Yen Kuan-heng’s odds of winning the by-election.

This, then, is likely what Yen Kuan-heng is reacting against, with much media coverage of Yen having been less than favorable–something that should not be surprising for the scion of a family of gangsters, after all. Nevertheless, one notes that it is increasingly the case for the KMT to allege foul play on the part of the DPP, such as claiming that the DPP’s support from young people is due to online machinations using its “Internet army”, or that the DPP is targeting pan-Blue media outlets.

Such accusations revolve around CtiTV having its broadcast license suspended in November 2020. This took place after numerous infractions by CtiTV for violating broadcasting laws, resulting in 10.73 million NT in fines. For example, in May 2019, CtiTV gave 70% of its airtime to coverage of its preferred presidential candidate, Han Kuo-yu. CtiTV also inflated the crowd count at Han’s mayoral inauguration, to create the perception that Han’s support was much larger than it actually was, claiming that 800,000 were in attendance at the inauguration. 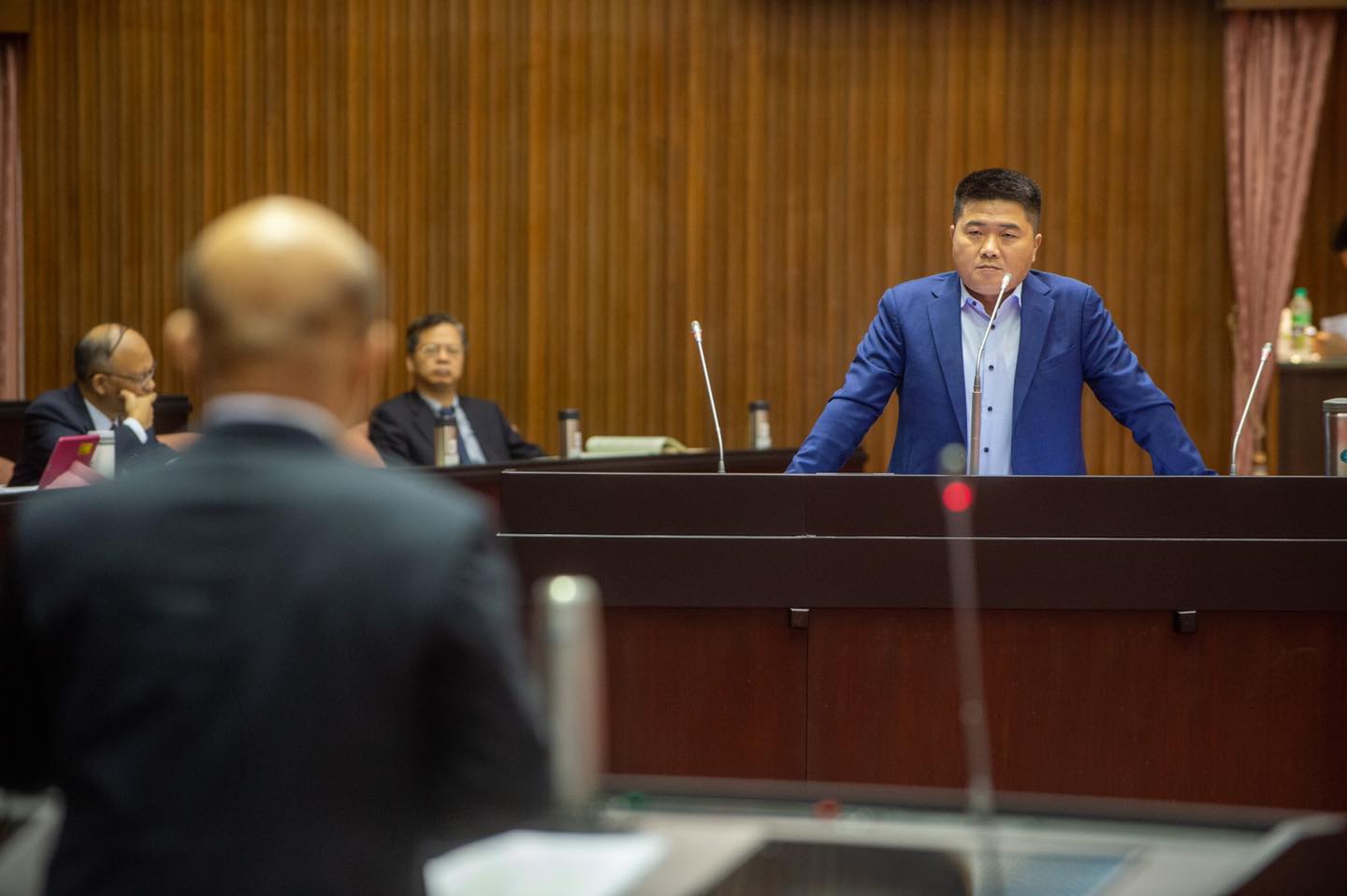 CtiTV is owned by Tsai Eng-meng’s Want Want Group, with Tsai having made no secret of the fact that his aim in acquiring media outlets is to promote more positive views of China in Taiwan. Ties between the Want Want Group and the Chinese government have been reported on by international media in the past. A report by the Financial Times in July 2019 stated that the Want Want Group, CTV, and CtiTV were directly seeking approval from China’s Taiwan Affairs Office (TAO) before running stories. Although the TAO did not interfere in all stories, the TAO was allowed to have a say in the placement of articles and their angle. In April 2019, the Apple Daily also reported that the Want Want Group received over 477 million Chinese yuan—just over 2 billion NTD—from the Chinese government between 2017 and 2018.

At present, CtiTV has moved to livestreaming online, and claims to be the only “non-controlled network in Taiwan.” The KMT, despite being the former authoritarian party and having enforced restrictions on media when it ruled Taiwan, is now alleging the same of the DPP. Indeed, if remarks by KMT chair Eric Chu after the results of the referendum were known indicate anything, the KMT continues to frame the DPP as carrying out a “Green Terror” and claiming that the Tsai administration is dictatorial, and this is the angle of attack that Yen Kuan-heng’s complaints about press coverage are taking.

But this proves ironic, in that Yen is going after the free media for simply reporting on his family background and the political connections of his family. And, in the meantime, Yen has not helped matters himself. Yen refused access to Taichung officials to his mansion this week, as they were investigating reports of illegal construction on his property in protected areas. Either way, flagrant violations of construction laws may only scratch the surface when it comes to illegal acts by the Yen family, with Yen also accused of attempting to bribe voters with lavish buffets, and other actions.