Two of the referendum questions touch on environmental policy, regarding the restart of Nuclear Reactor #4 and the construction of a liquified natural gas terminal off the coast of Taoyuan. Another question is focused on pork imports from the US that have been treated with the growth hormone of ractopamine. The last question is about the splitting of the referendum from elections days under current laws. This directly pertains to the fact that, despite lowering the necessary benchmarks needed to hold a national referendum in December 2017, following the KMT’s successful use of the referendum as part of its election strategy in November 2018 elections, the DPP further amended referendum laws in July 2019 to split elections from national referendums. 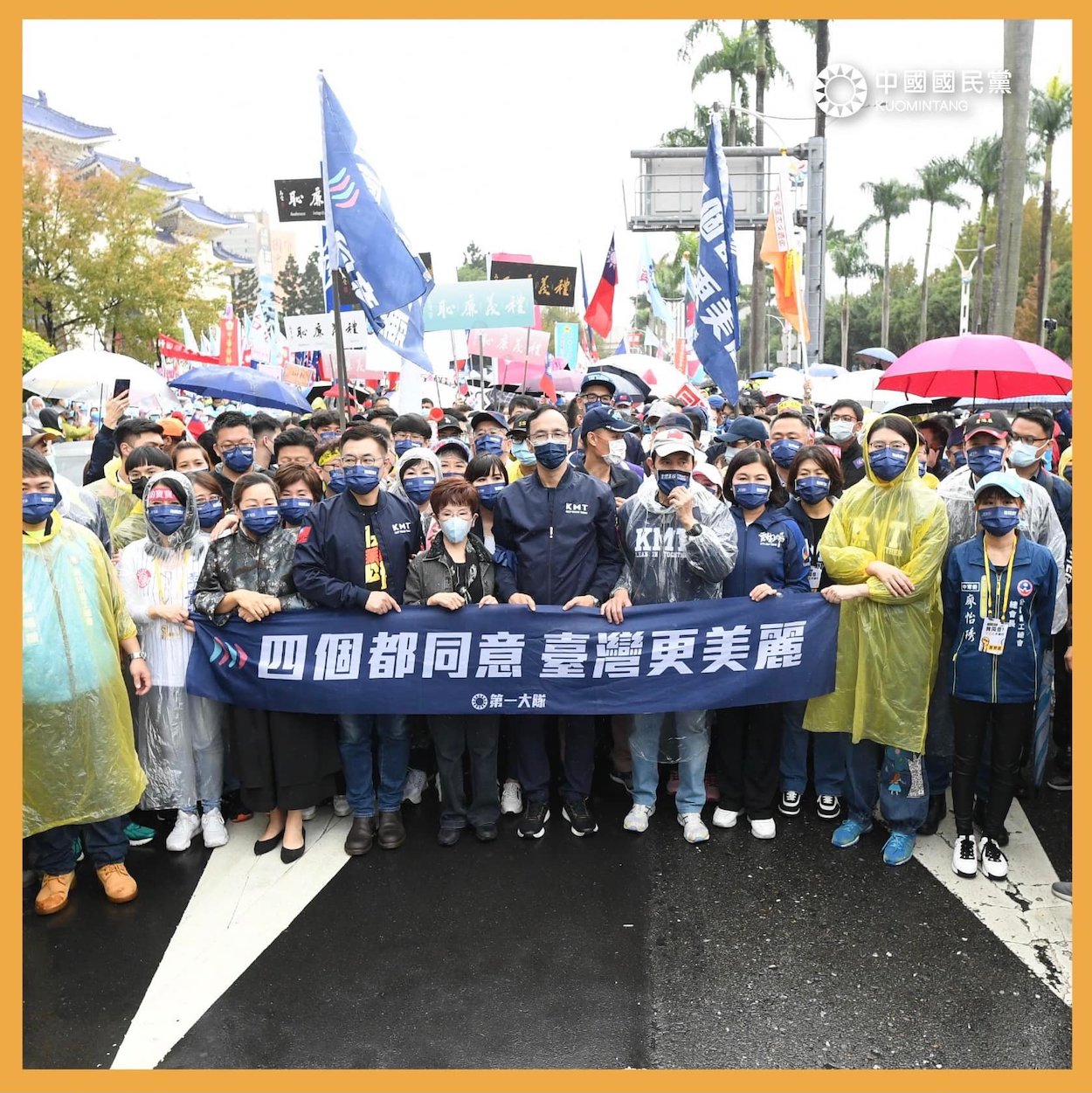 The DPP and KMT have taken diametrically opposed stances on the referendum, with the DPP calling for voting down all four referendum questions, while the KMT calls for approving all four. The KMT, more broadly, is framing the referendum not as only a referendum on four questions pertaining to domestic politics, but a referendum on the DPP’s governance as a whole. The DPP has, in fact, adopted a similar framing in pushing back against the KMT, using this as the overall frame of its campaign more than fighting out with the KMT issue by issue.

This is to be seen, particularly because this will be the first time that referendums are held on a separate date from elections. It is, in fact, not known whether the referendum results will meet the requirement for 25% of the eligible voter electorate to be binding, although polling projections do seem to suggest high turnout.

Nevertheless, one notes that the most significant dividing issue in Taiwanese politics has historically been the question of independence versus unification. These are not the issues being voted upon, seeing as these are primarily domestic issues. One can understand the DPP’s argument that blocking ractopamine pork imports as an obstacle to Taiwan joining the CPTPP or cementing better relations with the US as attempting to yoke the issue to issues of independence versus unification, but the other questions do not directly pertain to this fundamental divide in Taiwanese politics.

In the meantime, the KMT has continued to lean into its traditional claim that it is the only party able to maintain stable cross-strait relations in Taiwan, and this is the reason why it should hold political power in Taiwan. This can be observed in current chair Eric Chu’s recent speech to the Straits Forum in Xiamen, China, vowing to advocate for peace across the Taiwan Straits. Ko Wen-je’s Taiwan People’s Party has adopted a similar approach, as observed in the most recent city-based cross-straits forum held between Taipei and Shanghai, in which the mayor of Shanghai emphasized a safe business environment for Taiwanese in Shanghai if they adhered to China’s stances on cross-strait relations. 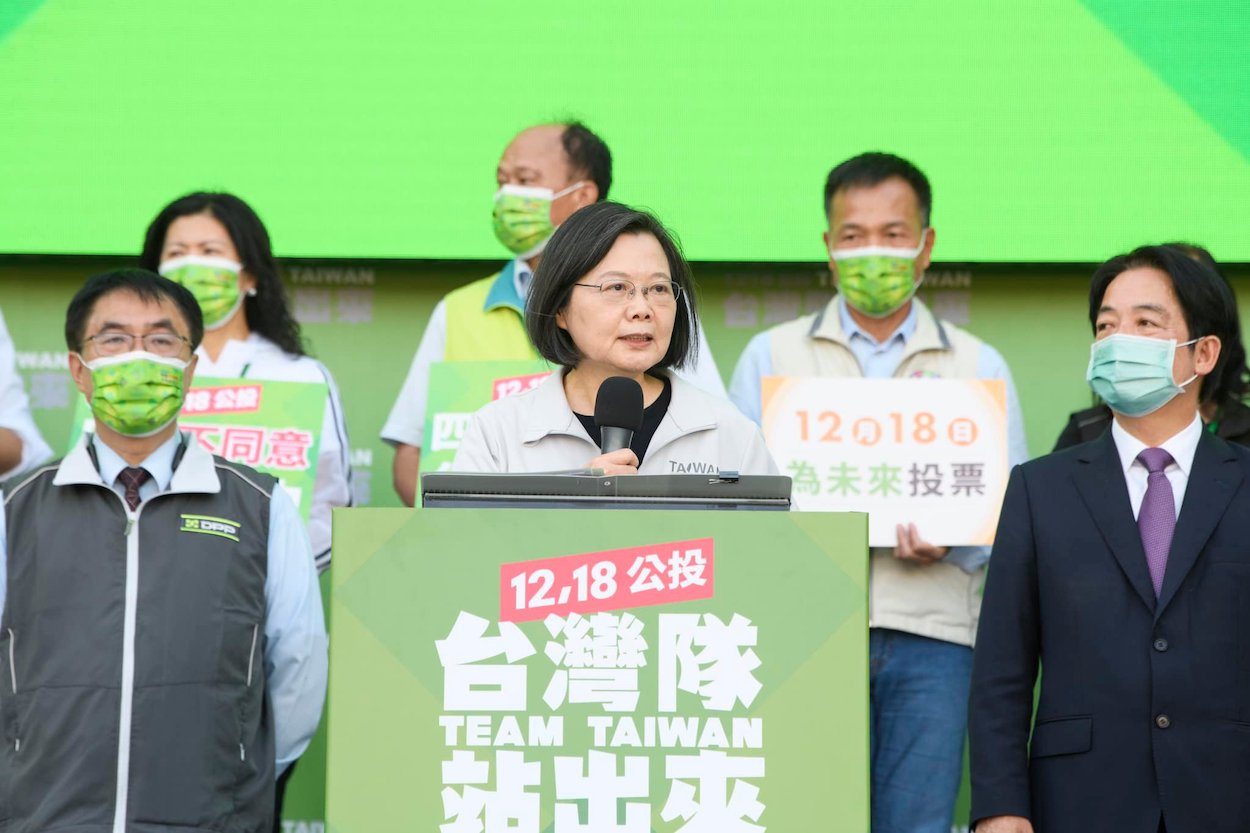 New Taipei mayor Hou You-yi has been the odd man out when it comes to the KMT’s referendum push, however, despite the fact that the rest of the party is leaning heavily into the referendum push. Hou came under scrutiny from the rest of the party after attempting to schedule a dinner with New Taipei city councilors during the last 48 hours before the voting day, in which the KMT was planning on mobilizing all of its politicians as part of the final push before the referendum. After many weeks in which Hou was silent on his views on the referendum, Hou finally made a 1,200 character post on Facebook in which he did not express any specific view on the referendum issues, but broadly called for transcending partisan divides.

This occurs though Hou is one of Taiwan’s most popular politicians at present, riding off of public praise for his handling of the COVID-19 outbreak that has affected Taiwan since May. Hou is frequently touted as a frontrunner for the KMT’s presidential nomination in 2024 elections, though his distance from the rest of the party at present may hurt his chances of serving as the KMT’s presidential candidate.

That being said, Hou historically was close to the DPP, with the DPP seeking to recruit him during the Chen Shui-bian administration before he joined the KMT, serving as a deputy mayor during Eric Chu’s stint as mayor of New Taipei. Hou was also making a number of public appearances with President Tsai Ing-wen before the COVID-19 outbreak that began in May. It is to be questioned whether Hou might jump ship from the KMT in the future. This is also opaque going into the referendum, but that this question is asked at all points to the intimate relationship between the referendum and future electoral politics.