If Taiwan Experiences a Vaccine Surplus, Will It Hoard Vaccines?

IT IS POSSIBLE that Taiwan will soon have a surplus of vaccines on its hands. As international consensus has increasingly moved towards the view that booster shots will be necessary, the Tsai administration has made preparations to secure booster shots for Taiwan.

At present, Taiwan has 78.55% first dose vaccination and 63.25% second dose vaccination, though there have been warnings that vaccination rates are slowing among the elderly. This has led to vaccine drives held on the Taipei Main Station and other locations. Taiwan initially stumbled in its vaccination campaign, due to lacking supplies and delays in shipping vaccines from manufacturers.

Likewise, as with other parts of the world, Taiwan saw fears about specific brands of vaccines. In particular, the KMT attempted to depict AstraZeneca, the only vaccine that Taiwan initially had supplies of, as dangerous and causing potentially lethal side effects. 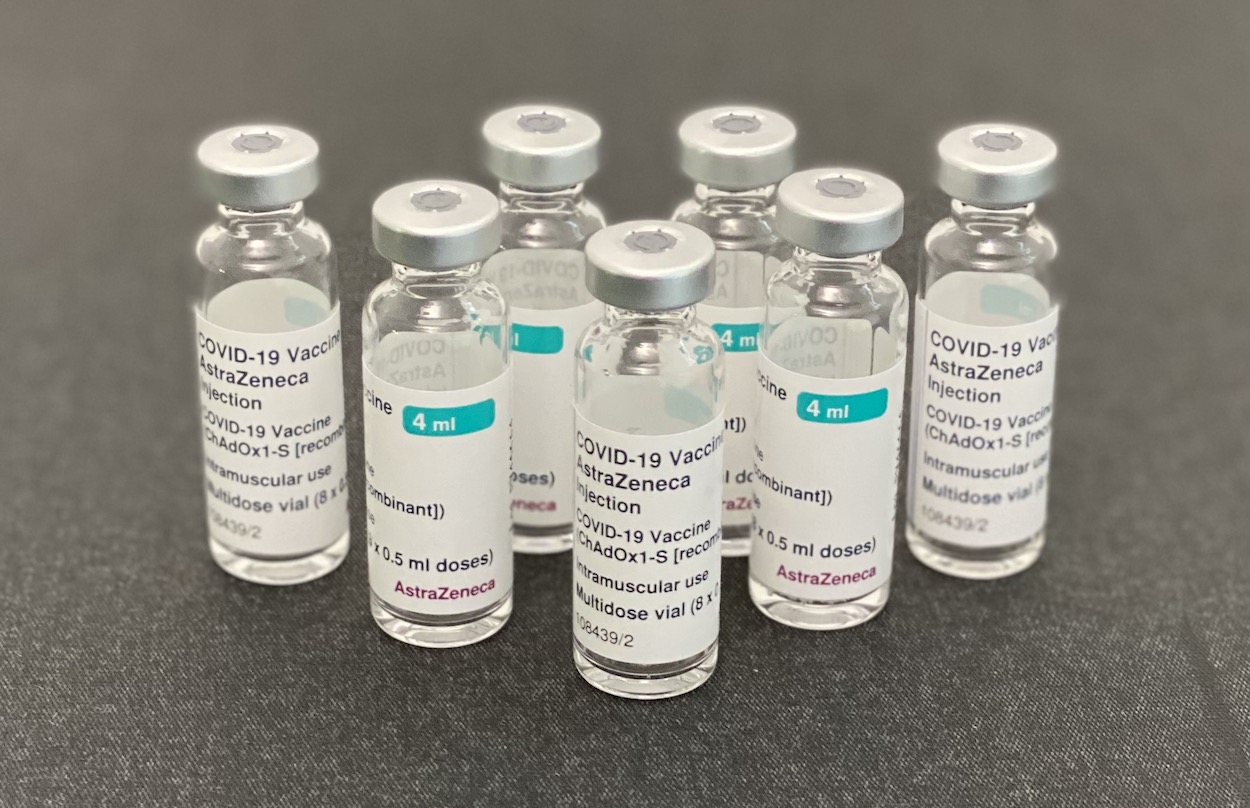 The KMT has focused fire on the issue of vaccines, even when this embraced decidedly post-factual claims. The Tsai administration was not, for example, slow in placing vaccine orders, but delays in international shipments of vaccines meant that they were slow to arrive. Even when vaccines arrived, playing on unscientific fears regarding AstraZeneca that have been amplified by media worldwide, the KMT then criticized the Tsai administration as failing to obtain “safe” vaccines for Taiwan, but instead saddling Taiwan with dangerous AstraZeneca vaccines.

The KMT also tried to depict Medigen, Taiwan’s domestically developed and manufactured vaccine, as dangerous. The Tsai administration took a political gamble by pushing for Medigen development. Given the lack of access to other vaccine brands but the urgent need to vaccinate Taiwan’s population, Medigen development skipped Phase 3 trials in a process known as immunobridging, as the first vaccine internationally to adopt this approach. Yet the KMT alleged that the Tsai administration was playing a dangerous game with the lives of Taiwanese and had illicit reasons for pushing for Medigen development, such as owning stock in the company.

Indeed, the KMT was successful in encouraging fears about vaccines outside of BioNTech, with Terry Gou taking credit for the pan-Blue camp of facilitating BioNTech donations—even when this could not have taken place without the Tsai administration signing off on the matter. More generally, with the Tsai administration having kept Taiwan free of COVID for over a year, the KMT sought to use the outbreak that took place in May to recast Taiwan as, in fact, having one of the world’s worst responses to COVID-19 due to initially low rates of vaccination—using the short-term memory of the COVID-19 outbreak to cover over the memory of the year in which Taiwan was COVID-free.

Either way, comments made by Minister of Health and Welfare Chen Shih-chung last month stated that booster shots would be made available to all those above eighteen. As part of the initial round of boosters, 42,000 medical personnel will be vaccinated by December.

Taiwan initially indicated that it would be relying on Moderna for booster shots, by placing an order of 20 million vaccine doses for next year. More recently, the Tsai administration has announced that it has also placed an order for five million further doses of AstraZeneca.

It can be expected that booster shot vaccinations may follow a similar priority order to how vaccinations were initially carried out, with the elderly and frontline medical workers vaccinated first, as groups particularly vulnerable to the effects of COVID-19 or facing risks from potential exposure. Airline workers, quarantine facility workers, and other such individuals are also likely to be prioritized.

That being said, it is to be seen if regular vaccine shipments to Taiwan continue. Global concern over the Omicron variant of COVID-19 may lead wealthy and powerful countries to clamp down on vaccine shipments and to engage in vaccine hoarding behavior.

It is not impossible that Taiwan will again be left behind in terms of international vaccine shipments. If this takes place, one expects the KMT to leverage on the issue as a particular fault of the Tsai administration, rather than an issue faced by smaller countries internationally. 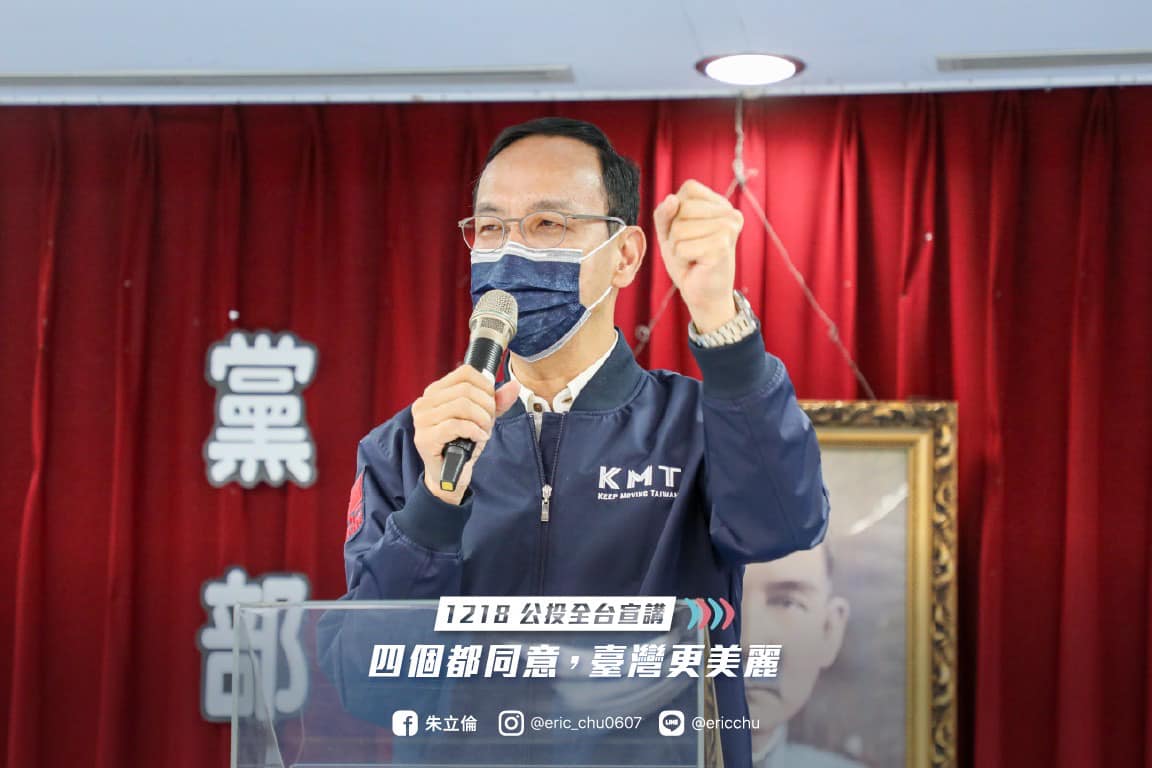 Moreover, while Moderna was initially framed by the KMT as one of the safest vaccines, along with BioNtech, with the emergence of new variants it is to be questioned how effective current vaccines will be. The KMT is likely to criticize the Tsai administration for short-sightedness if Moderna, the main vaccine it will be relying on for boosters, is ineffective against new variants—despite that such information could not have previously been known. To this extent, with Taiwan now open to mixing vaccines, if some individuals wish for certain combinations of vaccines, but find supplies scarce to allow for those specific combinations, this may also lead to political discontent.

In the event of a surplus, it is to be hoped that Taiwan will donate vaccines to countries facing shortages, rather than engage in vaccine hoarding behavior. Taiwan was, after all, a victim of vaccine boarding by larger, more powerful countries in the earlier stages of the pandemic. In light of Taiwan’s international marginalization, Taiwan could strengthen diplomatic relations and curry international goodwill through vaccine donations abroad. It is to be seen if this takes place, however.