PROTESTS HAVE broken out in the Solomon Islands against President Manasseh Sogavare, who was elected in 2019. What is worth noting, however, is that one of the factors driving the protests is the fact that Sogavare’s presidential administration switched recognition from Taiwan to China shortly after being elected.

The protests were sufficiently intense that a 36-hour lockdown was imposed in Honiara, the capital of the Solomon Islands, following an attempt by hundreds of demonstrators to occupy the legislature. A police station, among other buildings, was set on fire. Looting also took place, including of Chinese-owned businesses. Demonstrators reportedly numbered up to or around 1,000, with police using tear gas and rubber bullets on the crowd. Schools and businesses in Honiara were mostly closed, as protesters called for Sogavare to step down.

The Sogavare administration has requested aid from Australia, which will deploy more than 100 police and military personnel to the Solomon Islands to protect government buildings and other key infrastructure. This is not the first time that Australian troops have been deployed to the Solomon Islands following riots, including a 2003 deployment after ethnic tensions led to violence between militias from Guadalcanal and Malaita, with a civil war having broken out in 1999 regarding Malaitans that had immigrated to Guadalcanal. An Australian military force known as the Regional Assistance Mission was also present in the Solomon Islands between 2003 and 2017, due to these ethnic tensions.

Indeed, some protestors in the current protests traveled from Malaita, which is located 120 kilometers from Honiara and is the most populated island of the Solomon Islands, though many Malaitans live on Guadalcanal surrounding Honiara. Malaitans begrudge the current government because of a perceived economic disparity between Malaita and other parts of the Solomon Islands and lack of support, including promises to develop infrastructure on Malaita that went unrealized.

There have also been a number of incidents in which Chinese-owned businesses in Honiara were set on fire and looted in past years. Accusations against then-prime minister Snyder Rini of being backed by Chinese funds led to rioting that displaced a number of Honiara’s Chinese residents in 2006.

The decision of the Sogavare administration to switch recognition from Taiwan to China is a key point of contention, then, with many Malaitans proving critical of the decision, and strong ties having developed between Malaitan communities and Taiwan in past years.

More broadly, Malaita has a history of calls for independence from the rest of the Solomon Islands, with Malaitan premier Daniel Suidani having called for a referendum on the issue in September 2020.

But as such, it is to be questioned to what extent the Sogavare administration’s switch in recognition between Taiwan and China is a proxy issue that returns to these issues regarding independence, rather than genuinely about Taiwan itself. Notably, Suidani traveled to Taiwan for medical treatment in May 2021, though he denied that the move was political in nature. There have been some reports suggesting that the Tsai administration is in contact with Suidani and aligned political actors in Malaita.

Indeed, though the switch in recognition terminated 36 years of diplomatic relations, it is otherwise probable that part of the backlash ultimately returns to economic factors regarding the historical relationship between the Solomon Islands and Taiwan. One notes that Taiwan is significantly larger in terms of the size of its population and economy than all of its diplomatic allies. Although the Tsai administration has sought to avoid charges of “dollar diplomacy,” Taiwan has also been accused of paying off diplomatic allies in return for recognition. Either way, Taiwan provides technical support, infrastructure investment, funds, and educational exchange opportunities to its diplomatic allies. 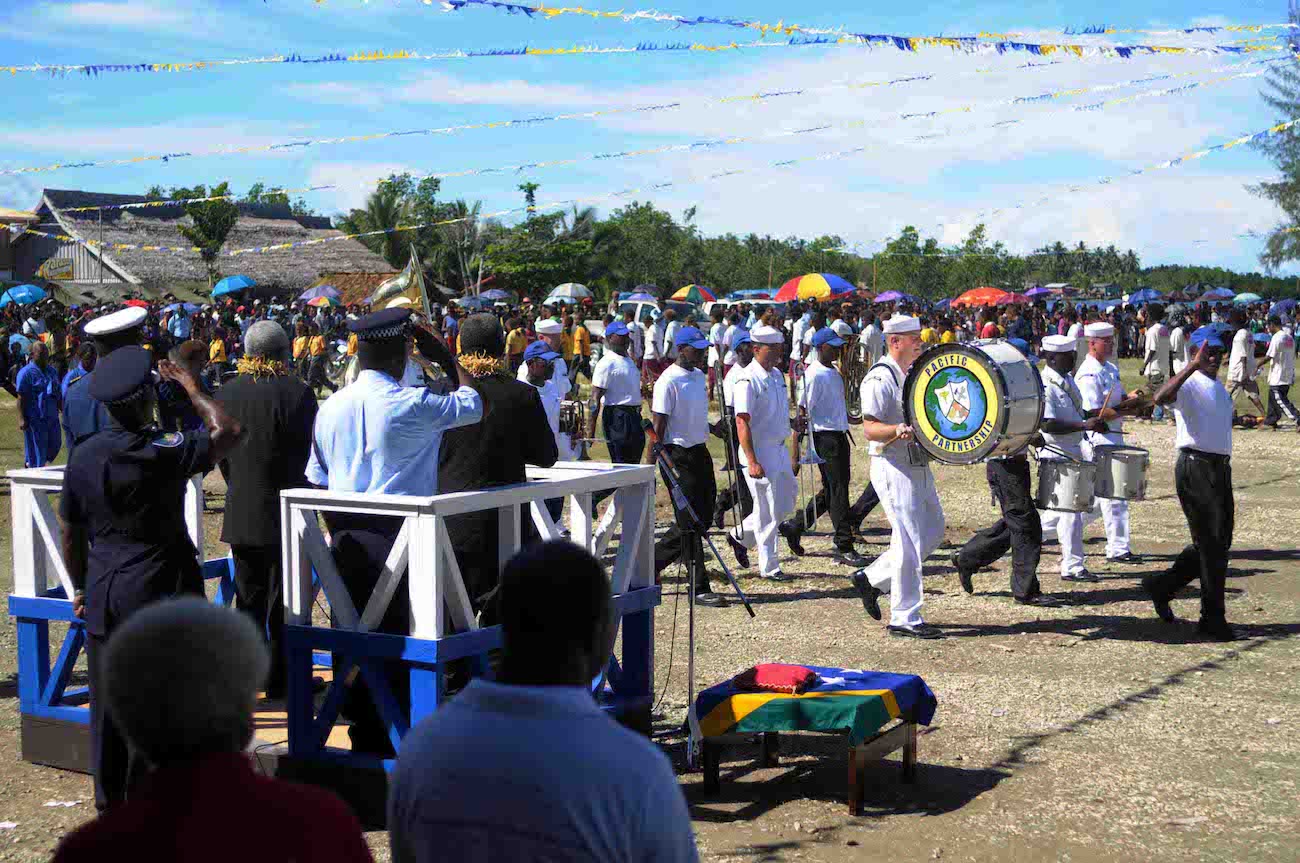 Contention between Malaita and the central government can also be seen as a proxy conflict between the US and China, with the US funding Malaita, while Beijing has expressed approval of the central government’s actions. Beijing has called for stability in the wake of the protests. In this light, Australia’s role in the Solomon Islands is also worth keeping an eye on, particularly with closer US-Australia security ties having been cemented through the AUKUS trilateral security pact that also includes the UK. The US views the Solomon Islands and other Pacific Islands as significant vis-a-vis attempts by China to expand its influence in the Asia Pacific.

Experts believe that it is unlikely that Sogavare will step down after the protests, with elections set to take place again in 2023. Sogavare is, after all, a democratically elected leader. That being said, there have been suggestions to delay elections and extend current terms by the central government.

Yet the role of the “Taiwan factor” in the protests in the Solomon Islands proves a complicated, multifaceted issue. Despite Taiwan’s size compared to all of its recent diplomatic allies, one notes Taiwan rarely discusses its disproportionate size and influence on what are much smaller countries that are oftentimes ruled by governments with checkered human rights records.