Xi and Biden Meet in Virtual Summit Over Taiwan, Other Issues

US PRESIDENT Joe Biden met with Chinese president Xi Jinping today in a virtual meeting. This was one of the most high-profile meetings between the leaders of the world’s two superpowers since Biden took office, with Xi having not left China in around two years. As a result, Xi was not in attendance at the COP26 summit on global carbon emissions, something that was criticized by Biden. The meeting took place on what was Tuesday morning in China and Monday evening in the US.

The issues that were expected to take precedence ahead of time were Taiwan and a recent nuclear build-up by China, with incursions by around 150 Chinese warplanes into Taiwan’s Air Defense Identification Zone (ADIZ) between October 1st and October 5th in a historic high. Calls by China for the US to lift tariffs and tensions between the US and China regarding global supply chains, following actions such as the Biden administration’s 100-day supply chain review aimed at examining potential choke points on US supply chains, were expected to be put aside. However, one notes that such issues are interrelated where Taiwan is concerned, which stands at the nexus of American and Chinese supply chains, as the manufacturer of over half the world’s semiconductors.

I’m meeting with President Xi of the People’s Republic of China to responsibly manage the competition between our countries. It’s about speaking candidly and directly with him and ensuring the competition does not veer into conflict.

There is some anxiety in Taiwan from policymakers whenever there is a meeting between the US and Chinese president, with the possibility that Taiwan would unexpectedly be thrown under the bus through dealmaking between the US and China. Apart from measures compromising of Taiwan intended to avoid the perception that his administration is steering the US into a “new Cold War” that could involve nuclear war—it proves important to note that the US and China are, in fact, far from the level of escalation that would involve a nuclear war over Taiwan—Taiwan has also in recent memory seen concerns that the US may trade Taiwan off in order to secure a trade deal with China or to maintain cooperation on global efforts to fight climate. Indeed, China realizes this as well and has perhaps aimed to encourage this possible use of Taiwan as a negotiating chip, with state-run media outlets billing Taiwan as a red line that the CCP would not compromise on before the meeting.

So far, after the meeting, both sides have vowed cooperation, while the US also stated that it would act to ensure the protection of allies in what was probably a reference to Taiwan. Biden expressed the view that both superpowers should not “veer into conflict,” though both should speak “candidly.” The US also stated it was opposed to efforts to “unilaterally” change the status quo in the Taiwan Strait. It is possible that the meeting will turn out to primarily reiterate the basic groundwork by which US-China tensions will be conducted, rather than leading to any substantive shift. But, for its part, one still saw attempts by China to push the US toward its script, with the Chinese readout of the meeting claiming that both sides expressed opposition to Taiwanese independence, when this was not phrased as such by the Biden administration.  Taiwan and the US are also to hold a defense policy meeting later this week.

That being said, comments by Biden in the past month were inconsistent. After an earlier meeting with Xi around the timeframe of the Chinese flybys of Taiwan’s ADIZ, Biden claimed that he and Xi had agreed to abide by the “Taiwan agreement.” The official US stance on Taiwan is that Taiwan’s status is undecided and there is no agreement between the US and China on the matter, much less that there is any agreement called the “Taiwan agreement.”

Later on in the month, Biden again went off-script through comments made during a town hall event in which he suggested that the US has a commitment to defend Taiwan. The US has no such commitment, with the official US position on Taiwan being that of “strategic ambiguity” about whether it would intervene in the event of a Chinese invasion.

News coverage of these latter comments was much larger than of his “Taiwan commitment” comments, hence the misleading perception that the Biden administration is inching its way from “strategic ambiguity” toward “strategic clarity.” Such comments were walked back shortly afterward by the White House. 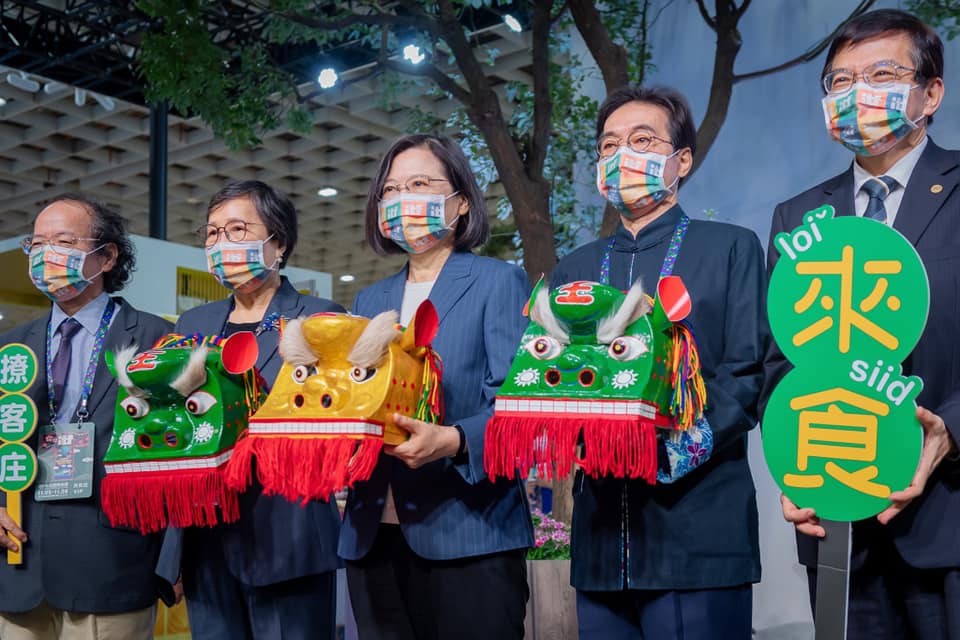 That being said, Republicans hawkish on the issue of China have been among those to call for a shift toward strategic clarity and a firm US commitment to defend Taiwan in recent times. This would include Republican Senators and members of the House of Representatives that visited Taiwan last week in a diplomatic visit that was conducted in a low-key manner, who are among those US elected representatives who have proposed legislation that would finance military procurements by Taiwan. And with a meeting between Biden and Xi, there was anxiety that Biden could again make comments that are conciliatory to Xi and compromising of Taiwan’s position, as with the “Taiwan agreement” statement.

For its part, members of the Tsai administration such as Taiwan’s representative to the US, Hsiao Bi-khim, have stated that she was aware of the meeting. Taiwan’s Minister of Foreign Affairs has also stated in the past that it is regularly briefed by the US on bilateral meetings between the US and China, though it cannot disclose when the briefing took place, what was said, and who was present. It remains to be seen how the meeting will be framed after the fact, then, with the possibility for spins on the meeting’s outcomes even when it otherwise seems to have proceeded on-script.