PRESIDENT TSAI ING-WEN stated that Taiwan was committed to achieving net-zero carbon emissions by 2050 in comments made in the same timeframe of the 26th U.N. Framework Convention on Climate Change Conference of the Parties, more commonly referred to as COP26, in Glasgow earlier this week. The statement by Tsai proves interesting, in that global climate change is rarely the political framework for discussing environmental issues in Taiwan.

It is more common for environmental issues to be caught between the political contestation of the pan-Green and pan-Blue camps. For example, two of the four issues that are to be put to the national referendum next month touch on environmental issues, including regarding the construction of a liquified natural gas (LNG) terminal off the shore of Taoyuan, and calls to restart the Lungmen Reactor No. 4.

The LNG terminal was originally proposed by the KMT, but with the Tsai administration holding power, the KMT has shifted position to opposing its construction. This has been controversial, however, with accusations against the longtime movement in opposition to the LNG terminal of having been co-opted by the KMT. On the other hand, the KMT may be hoping that restarting the Lungmen Reactor No. 4 can provide for broader nuclear restarts in Taiwan. In particular, as concern regarding the LNG terminal is due to the threat it poses to a 7,000-year-old reef, similar recent concerns have been raised regarding reef destruction near Little Ryukyu.

By contrast, discussion of air pollution has largely faded since the 2018 referendum, in which a proposal to reduce electricity production from thermal power plants and halt construction of coal-fired power plants was adopted. Even then, however, discussion of air pollution primarily revolved around worsening problems regarding air pollution in central and southern Taiwan rather than global issues regarding climate change. For example, with Taiwan having recently experienced the worst drought over fifty years over the summer because no typhoons directly hit the island last year, this was not necessarily understood by the public as a product of climate change. 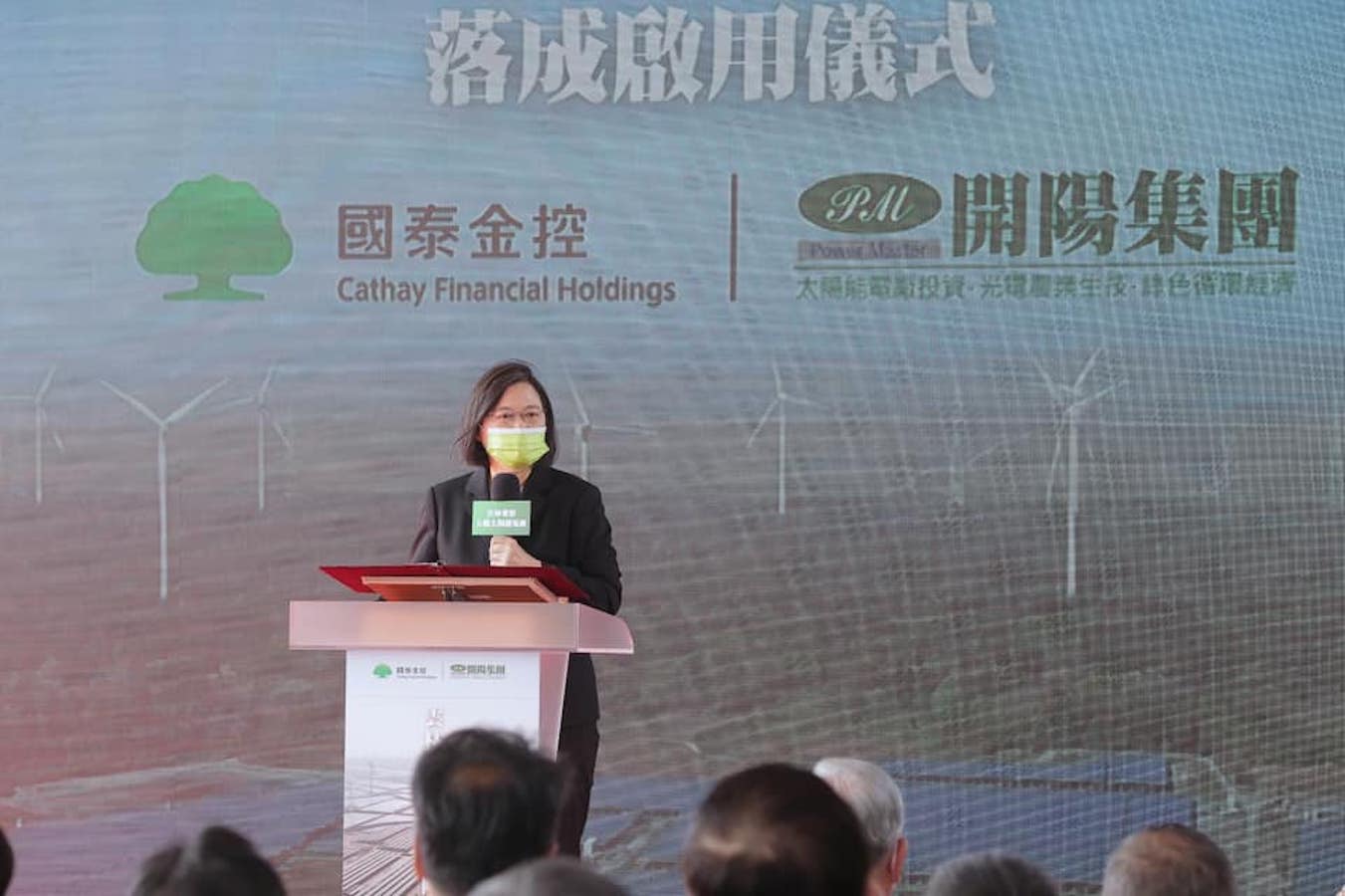 Tsai stating that Taiwan is committed to net-zero carbon emissions by 2050 took place after speculation as to whether Taiwan might be invited to the meeting. The deputy minister of the Environmental Protection Agency, Shen Chih-hsiu, led a delegation to conduct meetings on the sidelines of COP26, as often occurs during international summits from which Taiwan is excluded. After Taiwan was not allowed to attend, even as an observer, Shen criticized Taiwan’s exclusion as detrimental to global efforts to fight climate change.

However, Tsai’s expressing commitment to net-zero carbon emissions fits more broadly with the pattern of Taiwan ratifying UN conventions despite not being a member of the UN, such as the International Covenant on Civil and Political Rights and International Covenant on Economic Social and Cultural Rights. The hope through ratifying such conventions seems to be to demonstrate to the world that Taiwan is a good citizen, in the hopes that this will lead to international organizations accepting Taiwan.

So, too, with Tsai’s comments, then. Nevertheless, one questions if expressing support for net-zero carbon emissions is driven by the desire for diplomatic inclusion, rather than the earnest desire to fight climate change, much as how the debate around environmental issues in Taiwan has primarily been driven by domestic political contention.

Nevertheless, to this extent, it may be possible to push policymakers in Taiwan to take action on climate change based on the appeal to the international world. One notes, for example, how Taiwan was hailed as globally progressive following the legalization of gay marriage, as the first country to do so in Asia.

Taiwan has also received praise for other aspects in which it has globally distinguished itself, such as its response to COVID-19, or its recycling program. It may be possible for Taiwan to distinguish itself regarding global efforts against carbon emissions.

That being said, it proves hard to reign in the actions of corporations in Taiwan, with the government often going out of its way to accommodate them in order to ensure that they stay in Taiwan, rather than shift operations to China or elsewhere. This is likely to be an issue for efforts to reduce carbon emissions in Taiwan, with corporations often facing lax restrictions, or proving wholly willing to defy the law.