Plans to Amend Abortion Laws Likely to be Resisted by Conservatives

ABORTION RIGHTS in Taiwan are likely to experience an upcoming legal battle, with plans by the Ministry of Health and Welfare (MOHW) to amend the Genetic Health Act. It is expected that the text will be publicized after consultation with experts in January.

Namely, abortion in Taiwan currently requires spousal consent to take place, and plans for legal changes by the MOHW are to no longer require this. Another area of contestation regarding the act is likely to be consent by underage women regarding the choice of whether they want to undergo an abortion. The new requirements will stipulate that underage, unmarried women consult with legal represents before undergoing an abortion. Likewise, given the potential for misunderstandings caused by the name “Genetic Health Act”, plans are to change the name of the law to “Fertility Health Act.”

Taiwan has been hailed as setting progressive landmarks in Asia for sexual freedoms, particularly after the 2017 decision by the Council of Grand Justices that paved the way for the legalization of gay marriage two years later. That being said, many restrictive laws have remained on the books where sexual freedoms are concerned.

Likewise, it was only last year that courts struck down laws that criminalized adultery, following a ruling by the Constitutional Court. Taiwan’s adultery laws were among the last laws of its kind in Asia, with a veritable cottage industry of private detectives that routinely engaged in stalking, threats, and blackmail having emerged to provide evidence for adultery cases. Nevertheless, it still remains possible for civil suits to be filed for adultery. 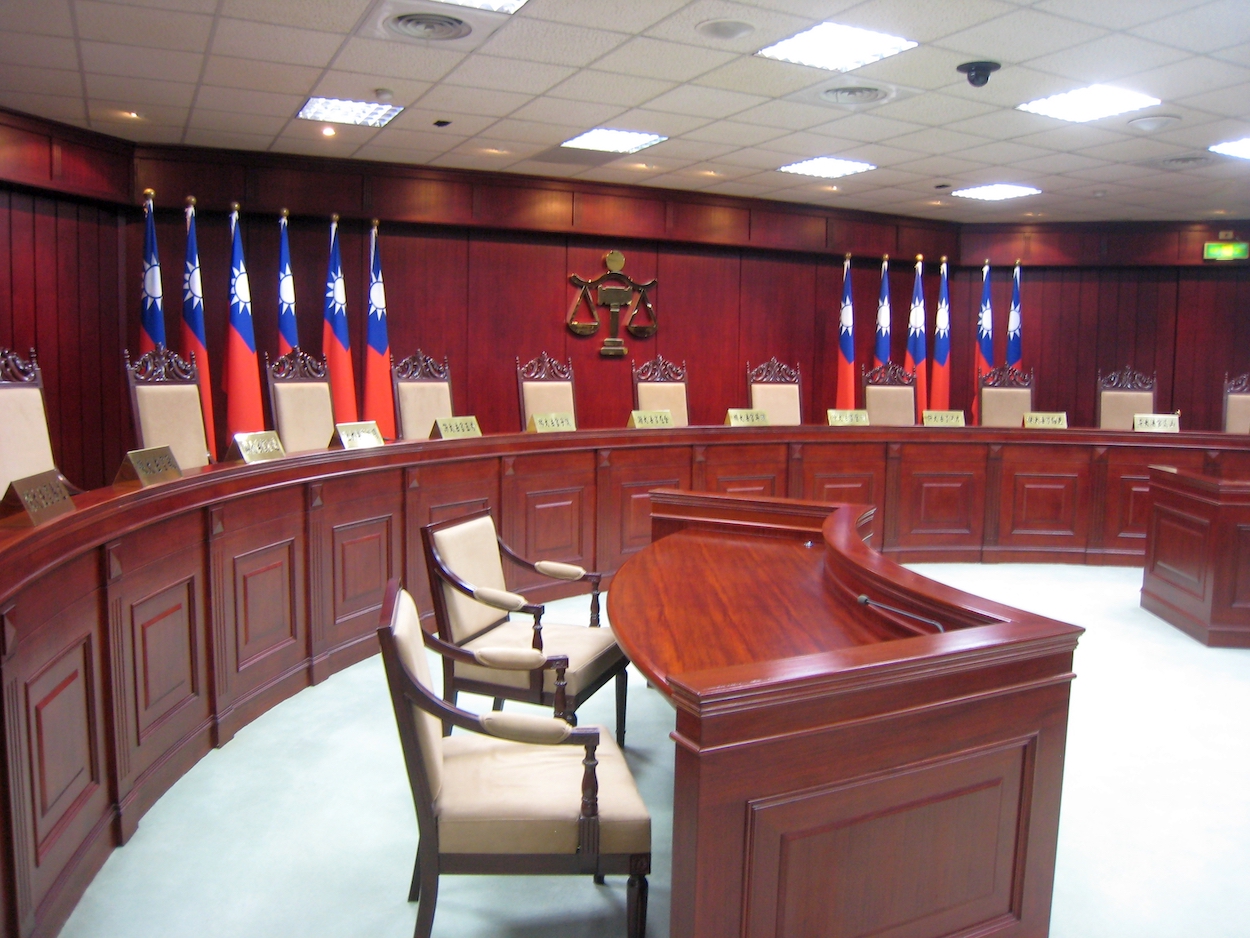 The interior of the Constitutional Court. Photo credit: Jiang/WikiCommons/CC

Indeed, that adultery laws lasted so long in Taiwan points to the state’s infringement upon the rights of women to autonomy over their own bodies. It may be unsurprising, then, that plans by the MOHW to amend laws regarding abortion have been welcomed by women’s groups, much as they also welcomed court rulings that struck down the criminalization of adultery.

Some concern has been raised regarding the psychologists and legal experts that the government will require underage pregnant women to consult with before an abortion. Namely, it is possible that such psychologists will act in line with conservative social values and seek to dissuade women from seeking an abortion⁠—indeed, a recent controversy in Taiwan ensued after an influencer accidentally directed her followers to donate to a “crisis abortion clinic” in Lithuania that sought to prevent women from seeking abortions.

And it is anticipated that conservative groups will try and draw a line in the sand over the issue. Organizations such as the Family Mainstreaming Alliance and the Chinese Regional Bishops’ Conference of Taiwan have indicated opposition to changes to the Genetic Health Act. Much as how conservative religious groups, primarily Christian groups, aligned together in opposition to gay marriage, it can be expected that they will also resist laws amending current requirements for abortion.

It may generally be the case that such religious groups view the sanctity of the family as under assault by the Tsai administration. This would not only be through the legalization of gay marriage, which such groups viewed as fundamentally changing the legal definition of the family, but also through laws decriminalizing adultery, which such groups may view as opening the door for loose sexual mores in Taiwanese society.

Although it is too late for further issues to be put to the national referendum that will take place in December, it is to be seen if the pan-Blue camp or conservative elements of the pan-Green camp will take up the issue in the future. This could prove a battleground issue not only for the Tsai administration late in its term, or for future presidential administrations.