38 planes entered Taiwan’s ADIZ on Friday, followed by 39 planes on Saturday, then 16 planes on Sunday. On Monday, China dispatched a total of 52 planes. The ADIZ refers to the airspace in which Taiwan issues a warning and orders aircraft to identify themselves, though this is distinct from Taiwanese airspace—the planes did not enter Taiwanese airspace. Chinese planes have entered Taiwan’s ADIZ for thirteen consecutive days.

Friday, Saturday, and then Monday broke previous records for the number of planes sent by China into Taiwan’s ADIZ, which was twenty-eight planes on June 15th. This, in turn, broke a record previously set in April. When China sends planes into Taiwan’s ADIZ, the Taiwanese government responds by scrambling its own warplanes, preparing for the possibility of an attack, and issuing warnings.

China moved its National Day military parade from Tiananmen Square to the Taiwan Straits. The PLA did an excellent job. It is only a matter of time before Taiwan’s separatist authorities fall. https://t.co/2yEghMDGQn

On Twitter, Hu Xijin—the editor-in-chief of state-run nationalist tabloid Global Times—bragged that this year for Chinese National Day, China decided to hold its military parade in the Taiwan Straits. Hu also claimed that future commemorations of Chinese National Day would see even more planes sent to the Taiwan Straits, something that seems plausible given China’s pattern of escalation.

At the same time, this sometimes seems to backfire, in that Taiwanese are made all the certain of China’s hostile intentions toward Taiwan from military threats. One notes the uptick in support for Tsai Ing-wen that took place after Xi’s 2019 speech. It is to be seen whether this takes place after China’s most recent military threats directed toward Taiwan. Likewise, it is to be seen whether China plans any more shows of force in the near future—the ROC’s Double Ten Day, the ROC national founding holiday, could be another occasion for military displays.

In particular, as commented upon by military experts, China seems to be seeking to demonstrate its versatility to Taiwan or potential regional allies. This includes showing that it has the capacity to conduct both daytime and nighttime operations, through sending planes during both daytime and nighttime hours, as well as to deploy large numbers of planes over consecutive days. The make-up of the planes that were deployed to Taiwan’s ADIZ, including fighter planes, anti-submarine warning planes, and a control plane, is likely to also indicate preparation for actual combat.

Chinese flybys occur with such frequency now that they cannot simply be understood as a warning to Taiwan. Namely, flybys are also opportunities for training for Chinese pilots. That Taiwanese planes are deployed during flybys serves the further purpose of wearing down Taiwanese airplanes, forcing their replacement, and exposing potential weaknesses in Taiwan’s response. It also proves expensive for Taiwan to continually have to intercept Chinese planes, wearing on Taiwan’s military budget. At the same time, the risk of an accident that could potentially lead to conflict is heightened by these flybys. 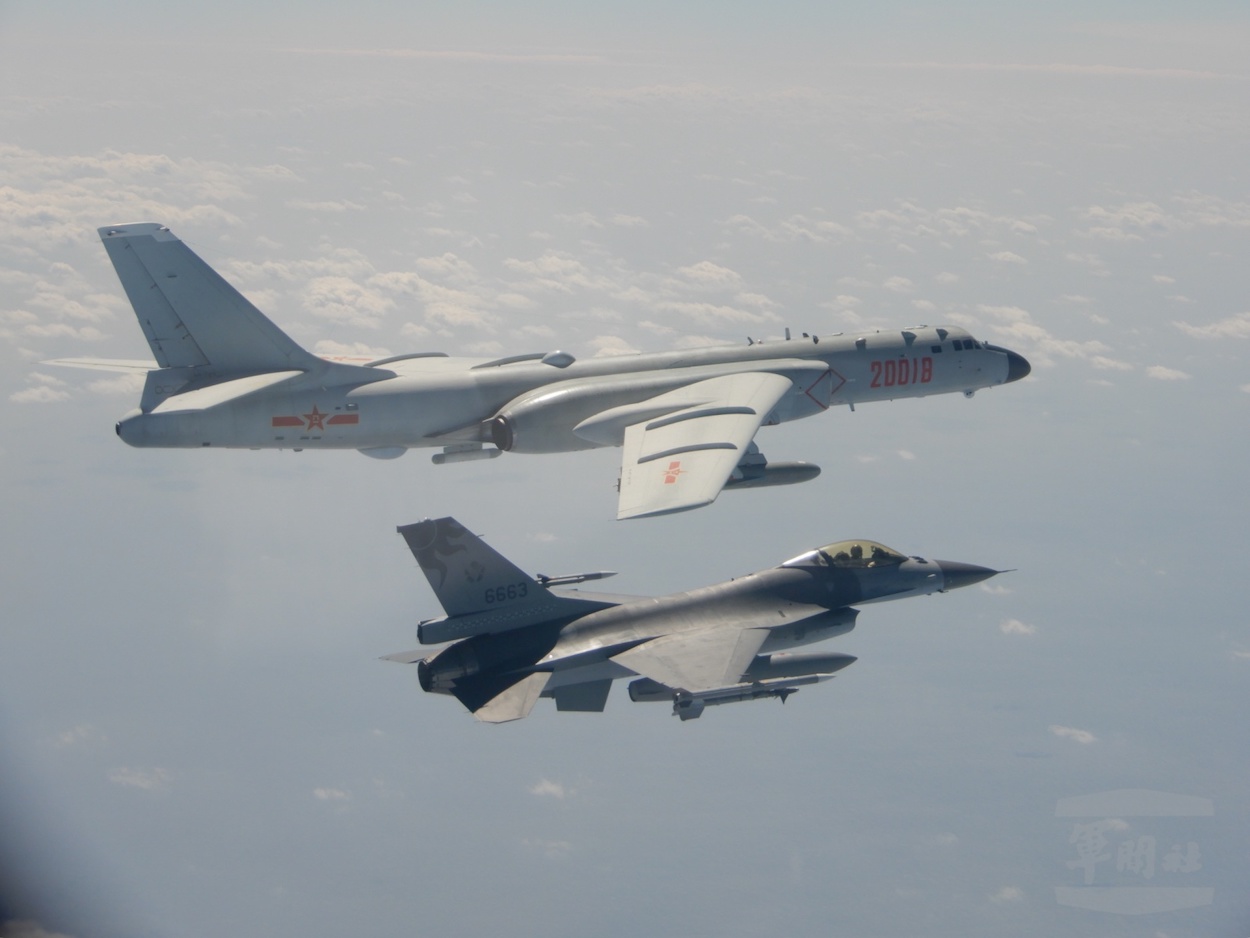 In the meantime, despite the clear pattern of Chinese aggression toward Taiwan, there will be those that frame the issue as though Taiwan is the provocateur. This includes commentators from abroad—the director of the DC-based Quincy Institute’s East Asia program was one such example—as well as domestically in Taiwan, such as among the KMT. The KMT claims that it is the Tsai administration that is provoking China through efforts aimed at realizing Taiwanese independence. Indeed, probably one of the functions that Chinese flybys have for the CCP is boosting the political credibility of the KMT, its proxy force in Taiwan.

It remains to be seen what further means of escalation that the Chinese government may engage in. Apart from an ever-increasing number of flybys, one notes that it was only comparatively recently that the Chinese government began deploying warplanes at night. It is possible, for example, that China may begin coordinating flybys with other military displays—though flybys prove the easiest form of military intimidation for China to engage in and perhaps the most flexible, insofar as this can be conducted with comparatively little preparation.