PINGTUNG CITY MAYOR Lin Hsieh-sung and Pingtung city council speaker Hsiao Kuo-liang, both KMT members, were sentenced on corruption charges earlier this week by the Pingtung District Court. Lin was sentenced to seven years in prison, while Hsiao was sentenced to four years and two months in prison. Lin and Hsiao, who were both found guilty of violating the Anti-Corruption Act, will also be deprived of civil rights for the next three years, with Lin found guilty of 180 corruption-related charges.

Although Lin and Hsiao remain in office at present, they will be removed per the provisions of the Local Government Act. An acting mayor will be appointed by the Pingtung county government for the short term.

As this is the first ruling for the case, which led to Lin and Hsiao’s detention by law enforcement in July 2020, the ruling can be appealed. Two others were sentenced in connection with the case, this being a Pingtung county government administrator surnamed Yeh, who was sentenced to seven-and-a-half years in prison, and a contractor surnamed Chou, who was sentenced to three years in jail. Both Yeh and Chou will have their civil rights deprived for the next three years, as well. 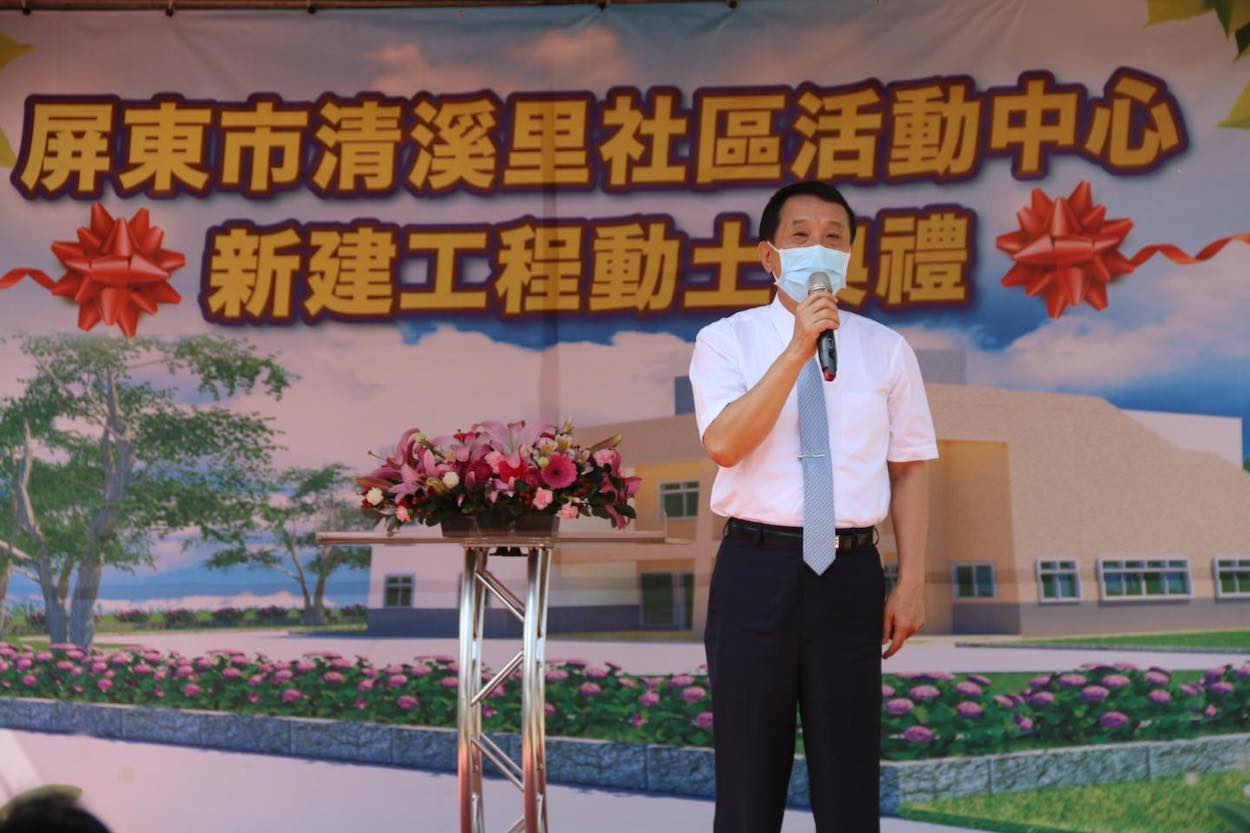 In particular, Lin, Hsiao, and their accomplices were found guilty of defrauding the public out of 3.2 million NT, using public expenses for purchasing tea, fans, mugs, plaques from Chou. This began in 2012, with paperwork falsified because of the fact that Chou did not set up the tax registration for his company.

The incident is the latest example of corruption from KMT politicians, then. One can point to any number of similar incidents in past years.

In March 2020, Miaoli county councilor Chiang Chun-kuei, the current secretary-general of the KMT caucus in the Miaoli city council, was arrested on charges dating to when Chiang served as mayor of the Touwu Township of Miaoli county from 2011 to 2016. Chang was accused of accepting bribes from construction companies in return for awarding lucrative development contracts to them.

The same month, KMT Tainan city councilor Hung Yu-feng was found guilty of corruption for embezzling 11.35 million NT in government subsidies to hire staff over the course of ten years. Elected city councilors are allocated some funding by the government to hire staff. But Hung falsely used the names of several individuals to claim that she was hiring them as staff. and applied for subsidies from the government not only for wages, but also research and vacation expenses.

Around the time of Lin and Hsiao’s detention in July, Taoyuan City Government official Chou Tao-te, a former aide to former Taoyuan mayor John Wu, both KMT members, were convicted on charges of corruption for accepting bribes, facing a two-year jail sentence. Chou is accused of accepting bribes from development companies to change the zoning for properties.

This would not be the first time that a KMT mayor or county magistrate has been found guilty or jailed on corruption charges either.

Most infamously, former Hualien county magistrate Fu Kun-chi was removed from office in 2018 after insider trading charges. Although after his removal from office, Fu ran for legislator in January 2020 and won, he was sentenced to two years and ten months in jail in March 2020, for illegal stock speculation. After being jailed, Fu divorced his wife, Hualien county commissioner Hsu Chen-wei, in order to name her deputy county commissioner so that she could continue to govern Hualien while he was in jail.

Former Yunlin county magistrate Chang Jung-wei was also sentenced to eight years in jail in 2018, due to charges of taking 30 million NT in bribes from a construction company over the construction of an incinerator.

Indeed, this is not even the only such arrest of a Pingtung mayor in recent memory. Former Pingtung mayor Lin Ya-chun was sentenced to sixteen years in jail on corruption charges for embezzling 10 million NT in April 2017, along with her husband, Chen Chun-liang. This took place because the two had set up a series of non-profit organizations to funnel money through. Lin Ya-chun was, like Lin Hsieh-sung, removed from office after arrest, with a caretaker mayor appointed until the next set of elections.

Corruption by KMT government officials proves deeply rooted in Taiwanese society, then, particularly due to the significant graft that took place during the authoritarian period. At the same time, the KMT has sometimes sought to defend itself with the claim that it is being politically persecuted by the DPP, claiming that efforts by the DPP to target illicit assets of the KMT retained from property seizures during the authoritarian period or pursue transitional justice for the White Terror are simply aimed at cracking down on its political foe. While there has not been much discussion of the jail sentences faced by Lin and Hsiao in the news, it is possible that the KMT will frame the issue in the same way.